The Women’s Motorcycle Exhibit is a series of photography collections by Lanakila MacNaughton, a Portland/Oregon resident and a member of the Hasselblad faithful. McNaughton’s work has been featured on Silodrome a number of times, as well as a huge cross section of other websites, magazines and art galleries.

This short film offers a glimpse of Lanakila in person, allowing her to talk about her work and her muses, it also includes some captivating footage of her subjects in the saddle. That said, if you’re the kind of person who gets apoplectic when people ride motorcycles without wearing full protective gear, you might want to click here to avoid upsetting yourself. 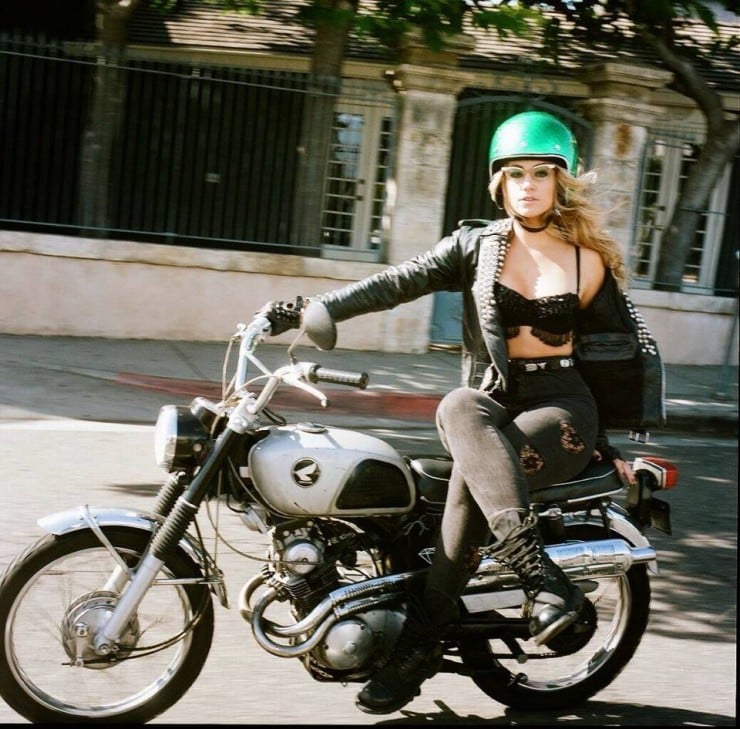 Lanakila MacNaughton is a Portland based photographer and motorcyclist. Involved in many outdoor sports from a young age, Lana began documenting her experiences through photography. After developing a passion for motorcycles in her early twenties, she started documenting many facets of motorcycle culture through her lens. Lana shoots in medium format on a Hasselblad CM.

Lanakila MacNaughton speaks to her influences and mission for her latest project, “The Woman’s Motorcycle Exhibition: The Real Woman Who Ride.” Spend a day with a few of these woman as they cruise the wooded backroads of Portland, Oregon.

The Women’s Motorcycle Exhibition documents the new wave of modern female motorcyclists. The goal is to reveal the brave, courageous and beautiful women that live to ride. TheWomen’s Motorcycle Exhibition is a traveling show. The mission is to discover and present female riders from all different communities, riding backgrounds, and styles, and maybe even influence some connectivity amongst riders from these different areas. Different communities and venues are invited to host the photo exhibit to aid in this discovery.

Lanakila is always looking for women to shoot. Above all, she hopes to illustrate, and really present, the freedom, independence, excitement and personalities’ of “the born to be free” woman motorcyclists. 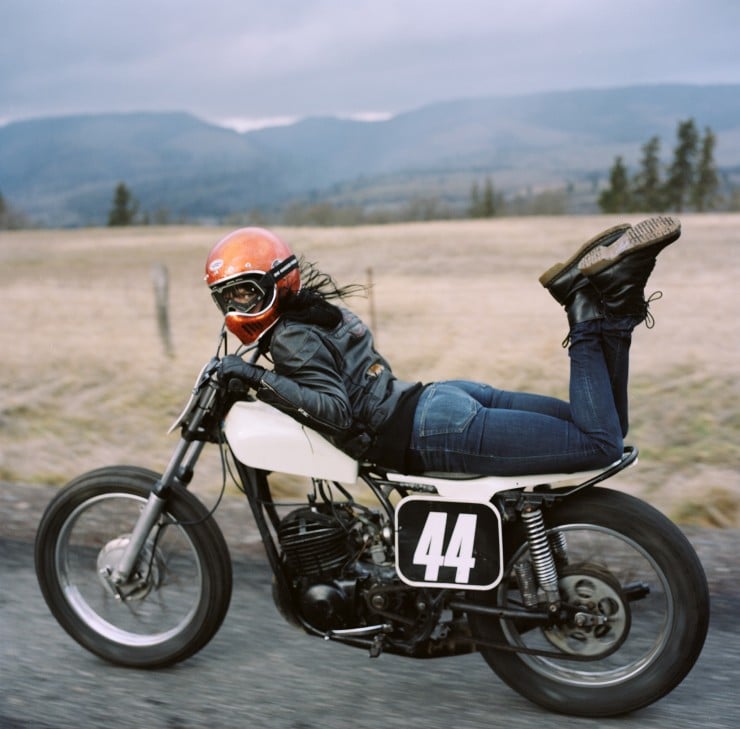 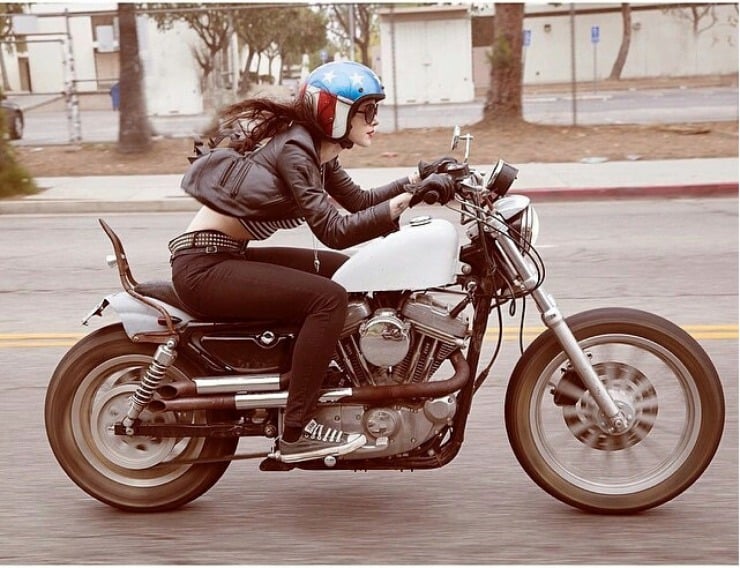 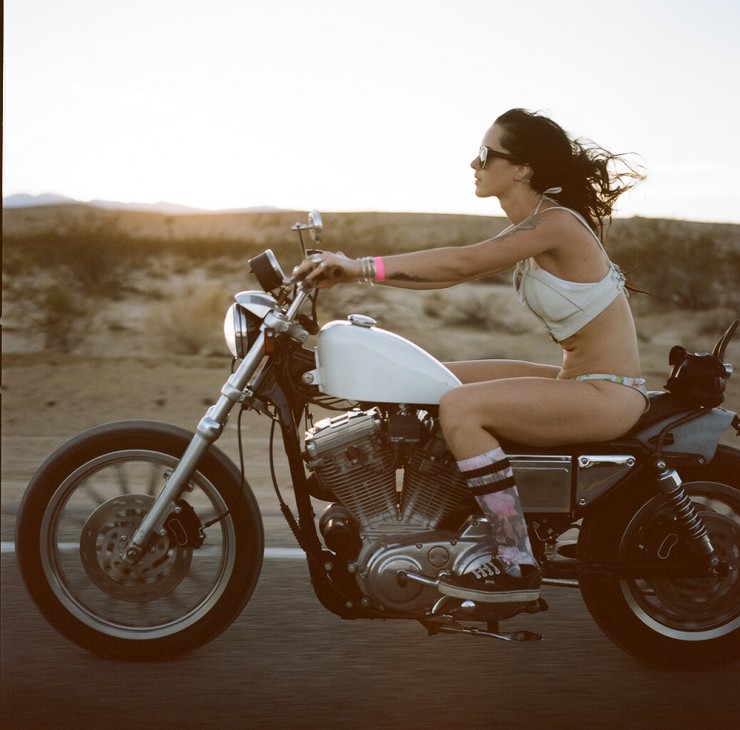 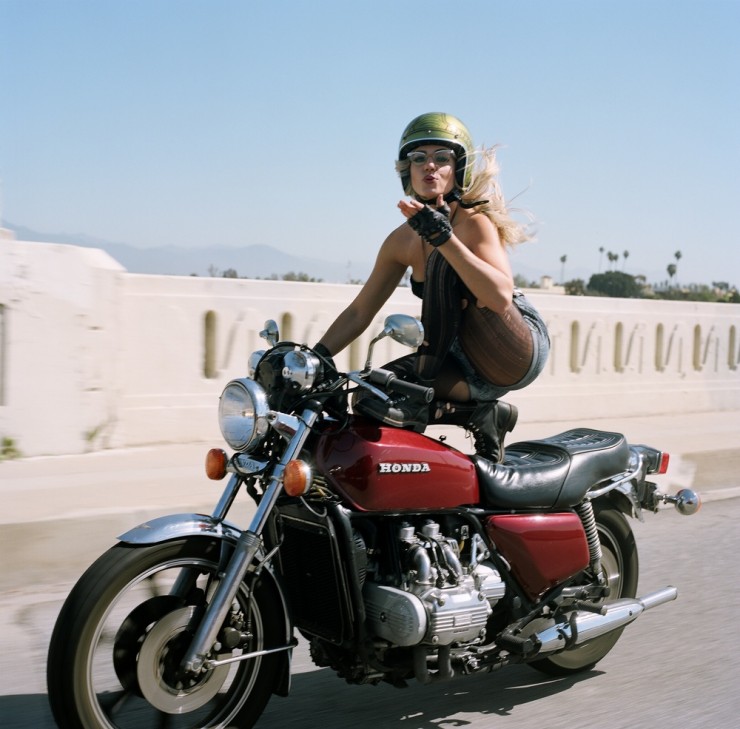