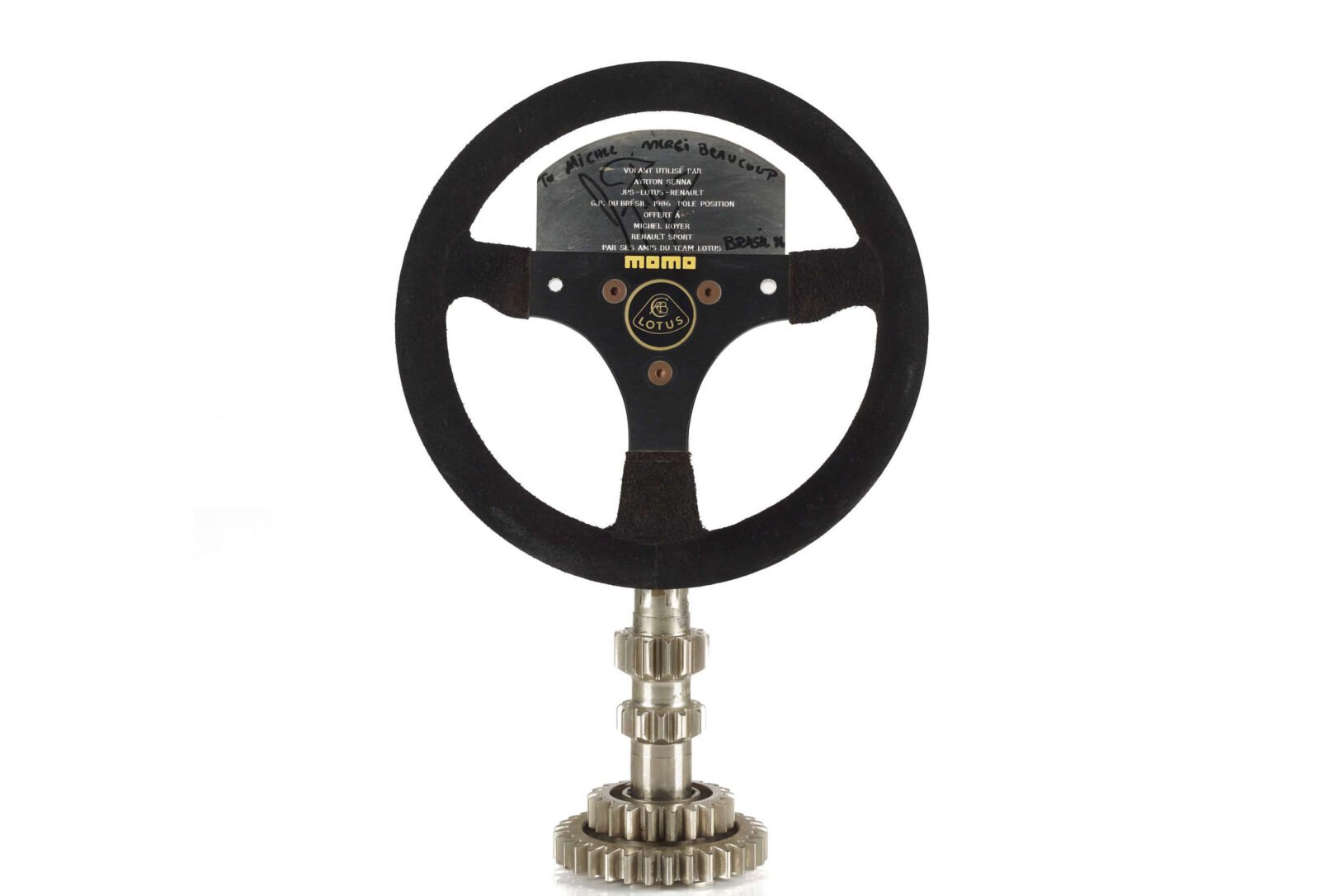 This is Ayrton Senna’s Lotus 98T steering wheel from the 1986 Brazilian Formula 1 Grand Prix, it’s likely that it carried some sentimental value for him as he took pole position and a 2nd place finish at his home race with it.

The current owner of the steering wheel, Michel Royer, was an engineer for Renault Motorsport in 1985 and 1986 who supplied engines to Lotus. Ayrton Senna and Team Lotus gifted the wheel to Royer, a likely indication of the high regard in which the team held him.

The Lotus 98T was powered by a turbocharged Renault Gordini EF15B, 90° V6 with a 1492cc capacity, it was capable of over 1,000 hp in unrestricted qualifying trim, making it one of the most powerful engines ever used in Formula 1 racing.

In normal race trim the engine was turning out closer to 900 hp, power was sent to the rear wheels via a Lotus/Hewland 6-speed manual transmission, this was before the age of paddle shifters, and the car had a kerb weight of just 540 kg (1,190 lbs).

A written attestation signed by the Michel will be passed to the new buyer of the steering wheel, it’s due to cross the auction block with Artcurial in mid-June with an estimated value of between €7,000 and €10,000. 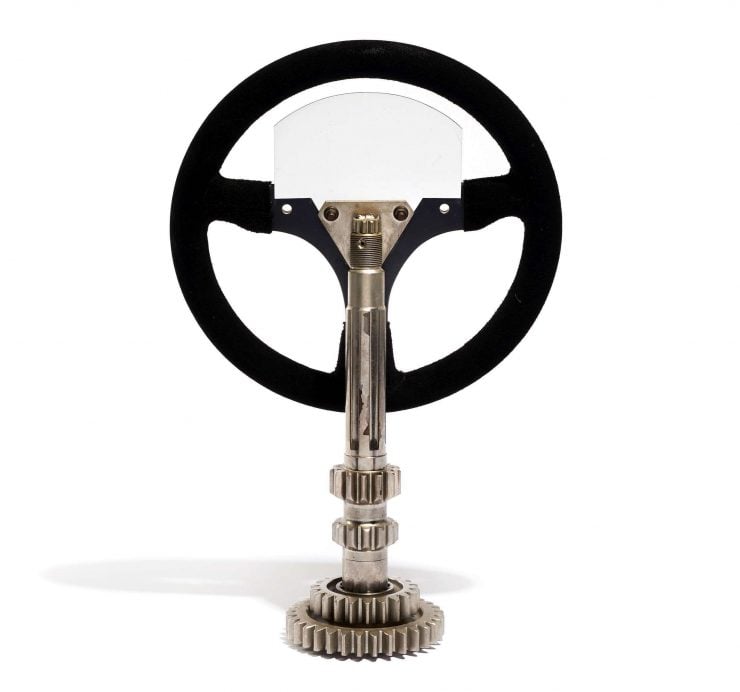