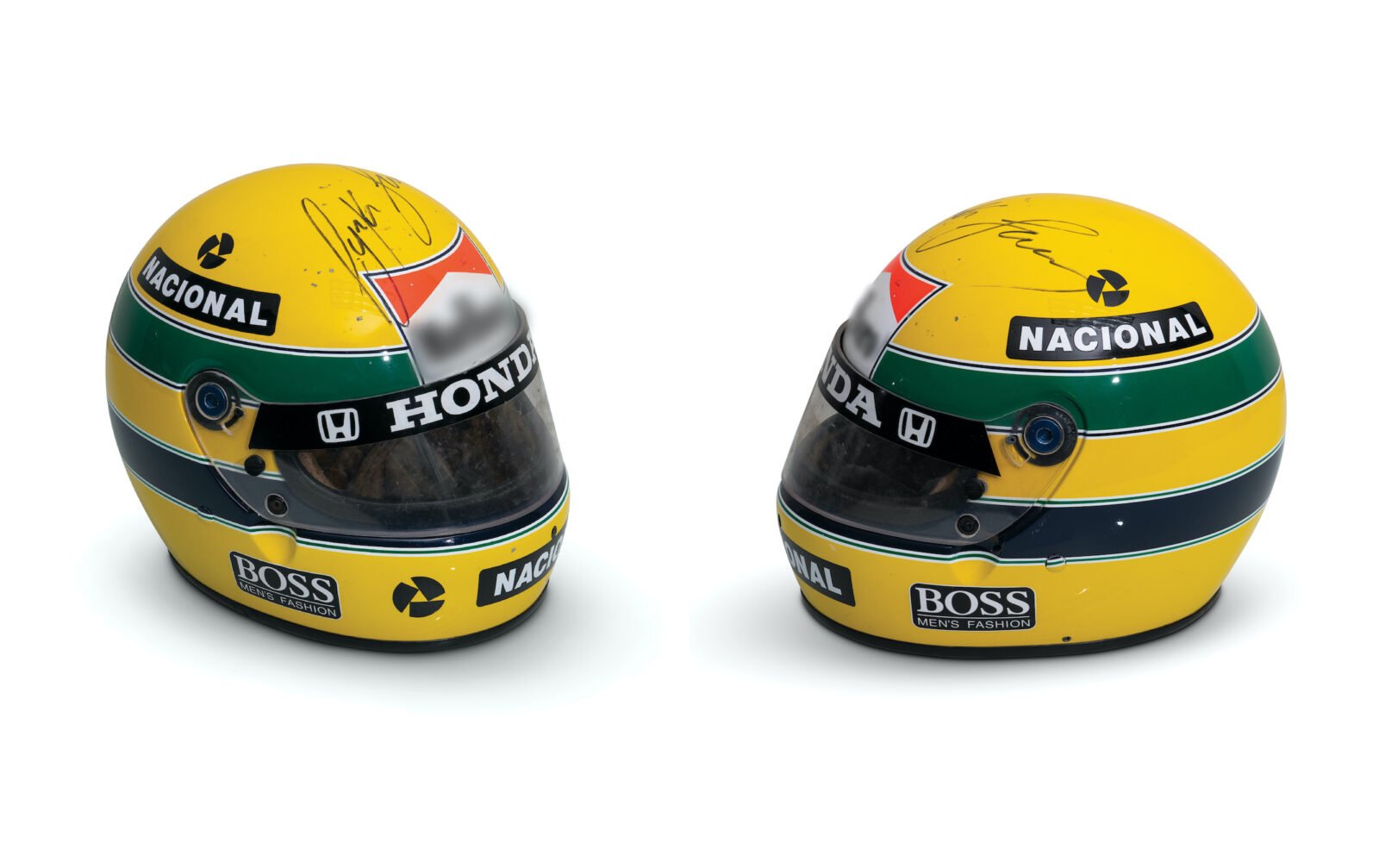 Ayrton Senna remains one of the most beloved Formula 1 drivers of not just his own era, but in the entire history of the sport. He died tragically at the 1994 San Marino Grand Prix, a fateful weekend that also saw the death of Roland Ratzenberger, as well as injuries to driver Rubens Barrichello and several mechanics and spectators.

It’s almost certain that Ayrton Senna’s helmet livery is the most famous in the history of motor racing, the distinctive yellow shell with a green and a blue stripe was designed by Sid Mosca as a reference to the Brazilian flag. The yellow was said to represent youth, and the the blue (sometimes black) and green stripes symbolised motion and aggression.

Senna used a number of helmets over the course of his Formula 1 career, they were mostly made by Bell but he did wear other brands in the later years. The helmet you see here is from the 1988 season, it’s a Bell XFM-1, the model worn by Senna between 1983 and 1989. 1988 was a seminal year in Senna’s career as it would be the first time he won the Formula 1 Driver’s Championship after a season long battle with arch rival Alain Prost.

The Bell XFM-1 was developed specifically for top flight motorsport, it features a fibreglass shell with an impact-absorbing EPS (expanded polystyrene) liner – the same basic architecture used for almost all modern helmets.

There are notches in each side of the helmet just below and to the side of the eye port to allow drivers to open and close the visor easily even when wearing gloves, and the visor has three position settings – closed, open, and half-open.

Senna’s sponsors changed over time, so there is typically some variance in the brands displayed on his helmets from the course of his career. With McLaren Honda in 1988 his helmet featured Marlboro, Nacional, Honda, and Hugo Boss branding. Nacional (Banco Nacional) was one of the largest banks in Brazil at the time, and one of Senna’s most faithful sponsors throughout his career.

This particular Senna helmet is currently for sale through RM Sotheby’s, it’s being offered without reserve and the sale ends on the 2nd of December. 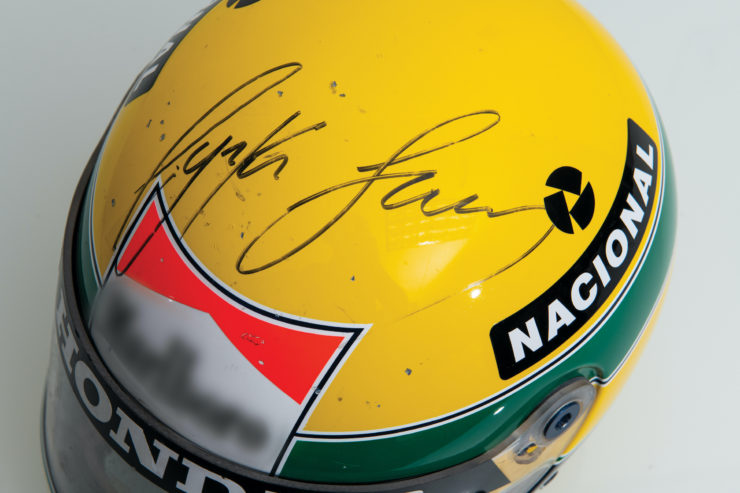 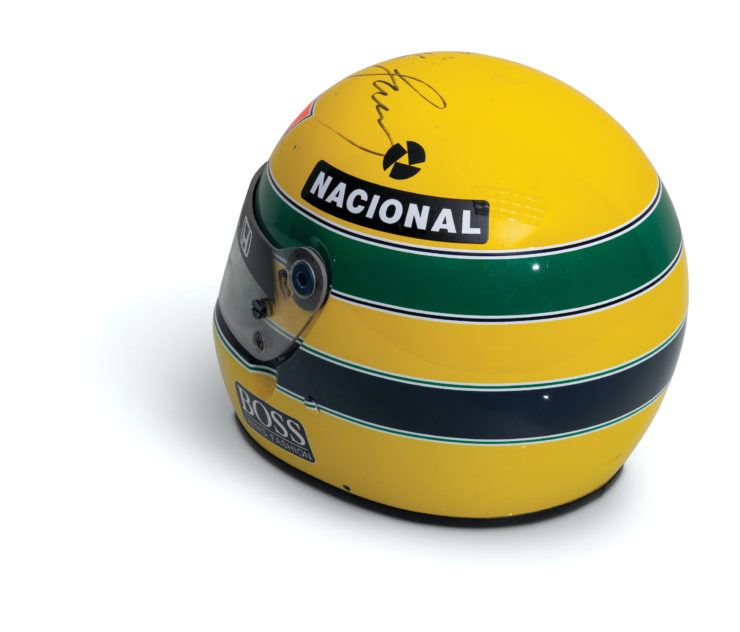 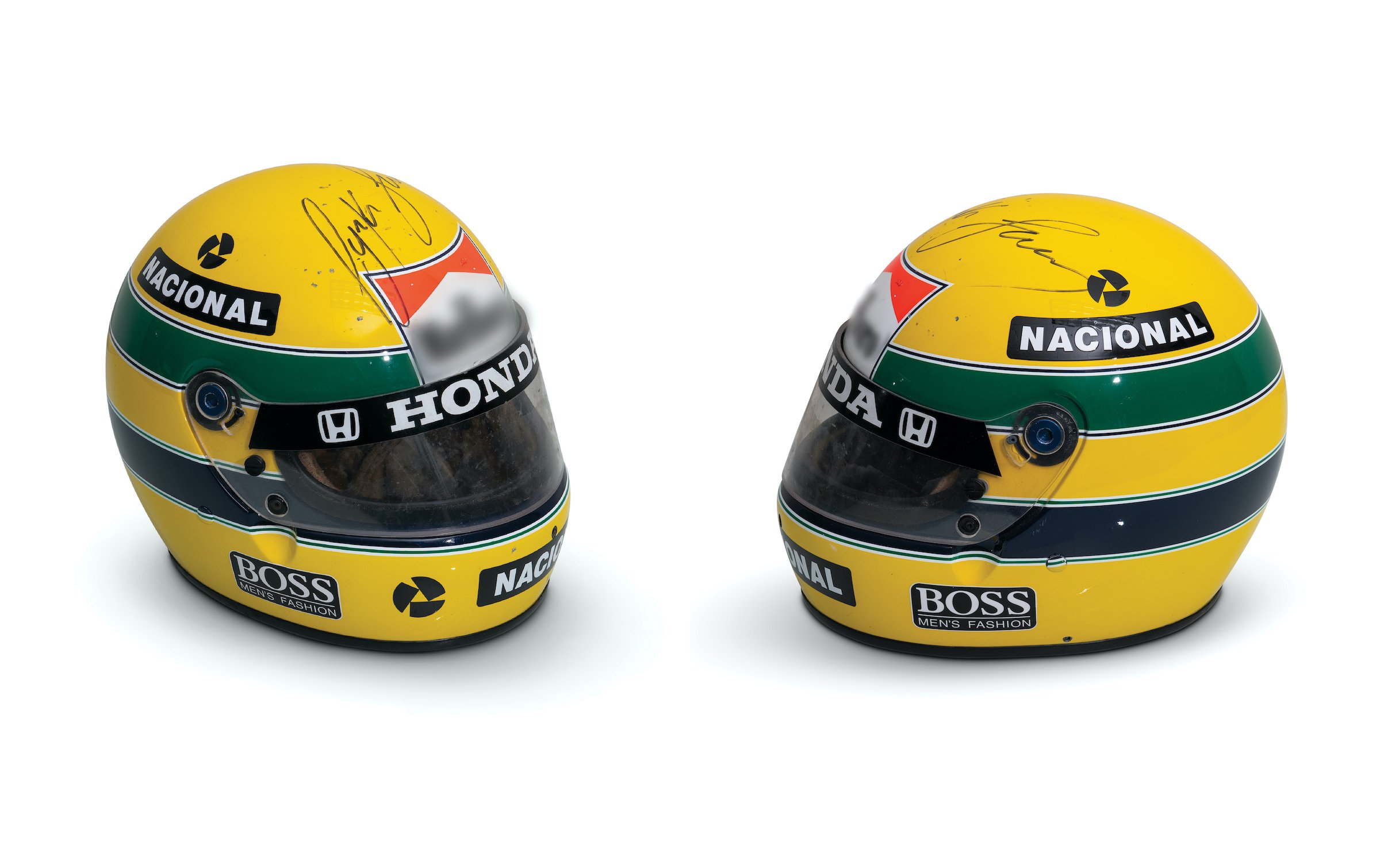