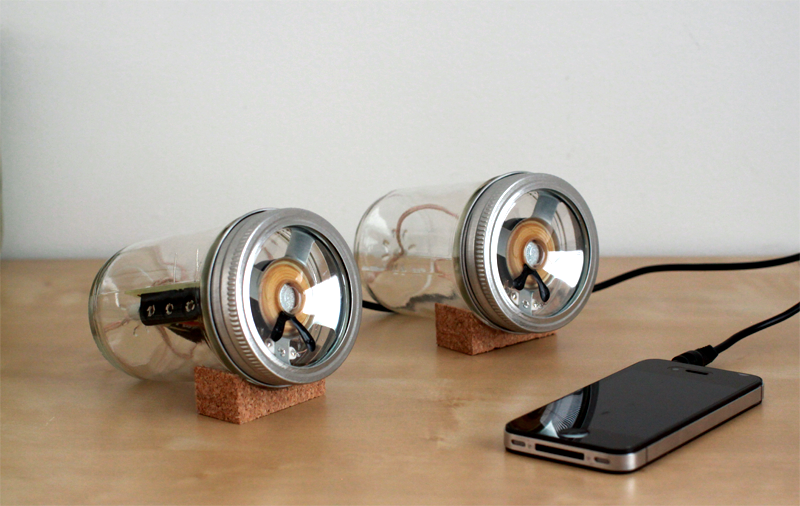 Any audiophile will tell you that speakers are everything. Up until now though, it hasn’t been possible to make speakers out of anything.

These glass jar speakers by designer Sarah Pease are made using the open source speaker design by David A. Mellis, although I’ve never heard them in person it’s easy to see how an open source design which can be improved upon through multiple iterations could potentially develop world class audio quality quite quickly.

Check out Sarah Pease and David A. Mellis here.