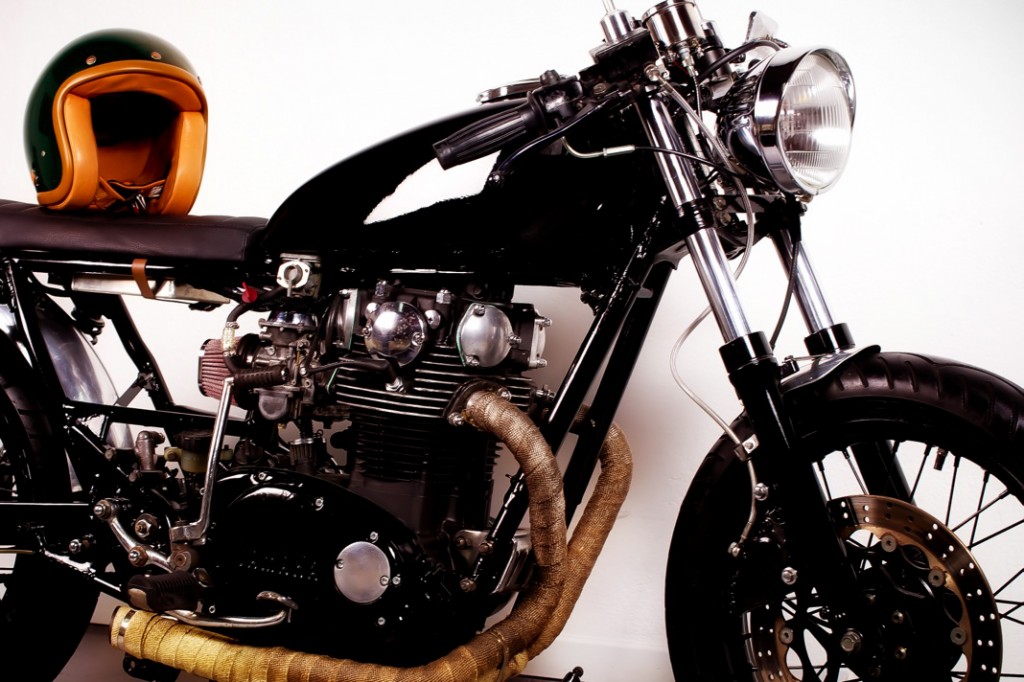 Alexandre is one of those guys who seems to have life better figured out than me. Not only is he training to be a luxury yacht captain, he’s living in Guadeloupe, a stupendously beautiful Caribbean island paradise. He has a little spare time on his hands and so he decided to build a café racer after becoming enthralled with the motorcycle genre by reading dusty old copies of Café Racer Magazine.

Obviously, it wasn’t easy to find a café racer friendly motorcycle in a place like Guadeloupe however the moto-cherubs smiled down on him one sunny afternoon as he talked to a man he met sitting in the saddle of of Harley. The Harley-man had a friend selling an old 1979 Yamaha XS650 and within 2 days it belonged to Alexandre.

Once he had the bike in his possession he wheeled it into his living room and set to work pulling it to pieces.

Let’s just pause here for a moment and somewhat jealously remember that Alex is spending his life sailing around on luxury yachts, living on a Caribbean island paradise and building a café racer in his living room. 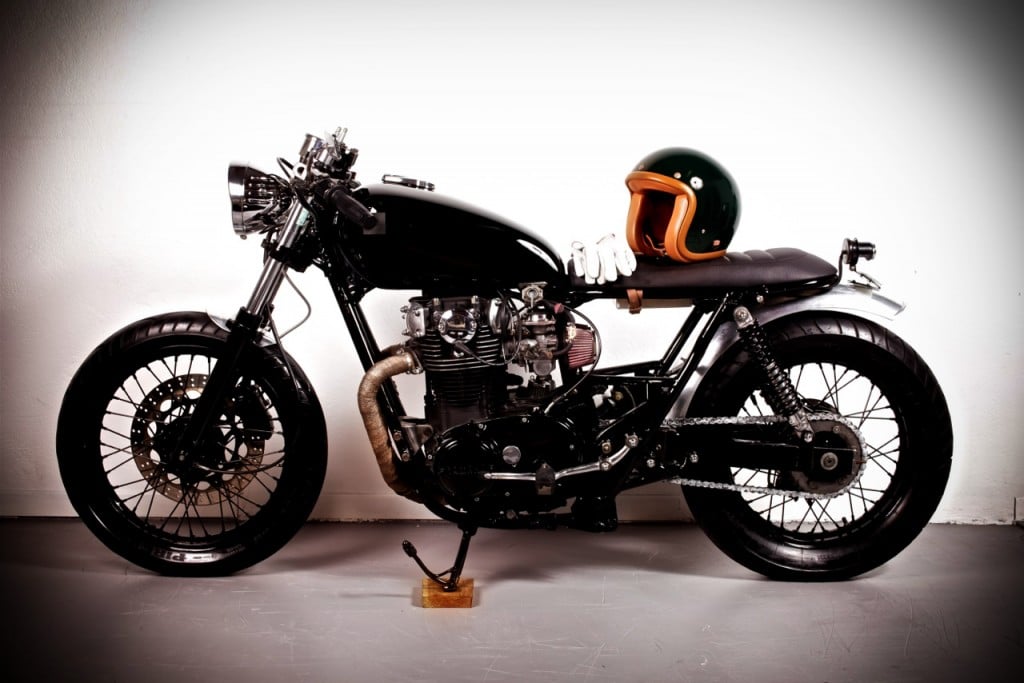 Alex’s main issue was acquiring the necessary parts, he bought what he needed from Dime City Cycles and Mike’s XS but waiting for deliveries to the island tested his patience time and time again. The delay between ordering and implementing did give him the opportunity to really focus on the smaller details as the bike came together.

If you have a close look at the pictures of the bike you’ll see that it’s a very clean, almost fastidious build. It actually looks like something James May would put together, and I mean that in the best way possible.

The 2-into-1 exhaust is apparently very, very loud although living in a place like Guadeloupe means that the local constables spend more time napping in plastic chairs, swatting flies and scratching their man-berries than they do handing out traffic citations. With this in mind, it sounds like the island might be the perfect, though unlikely place to own a café racer. 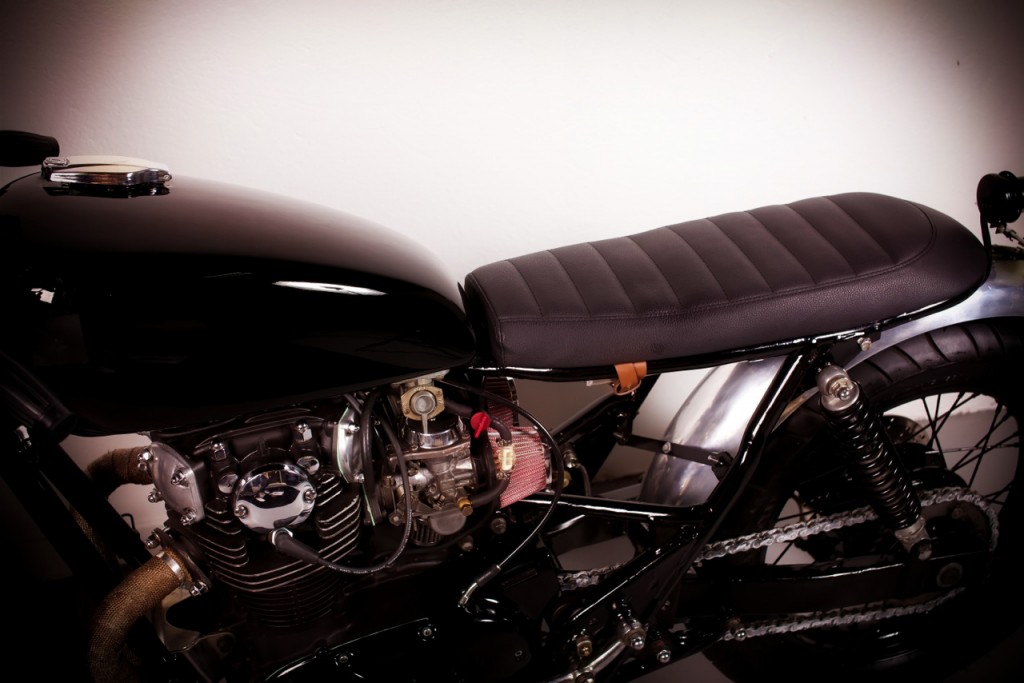 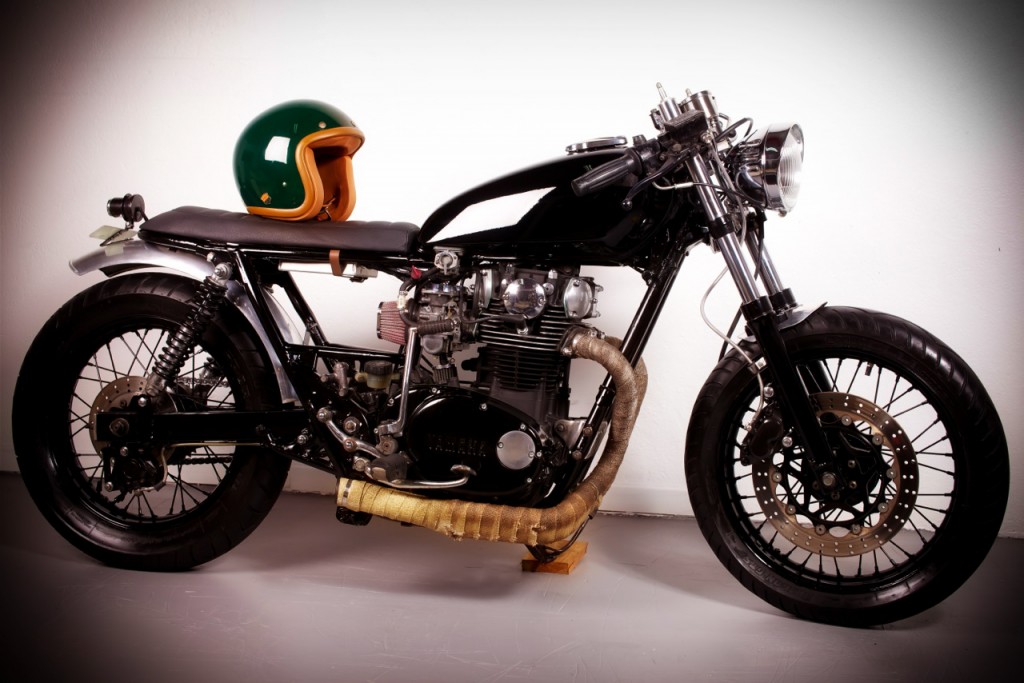 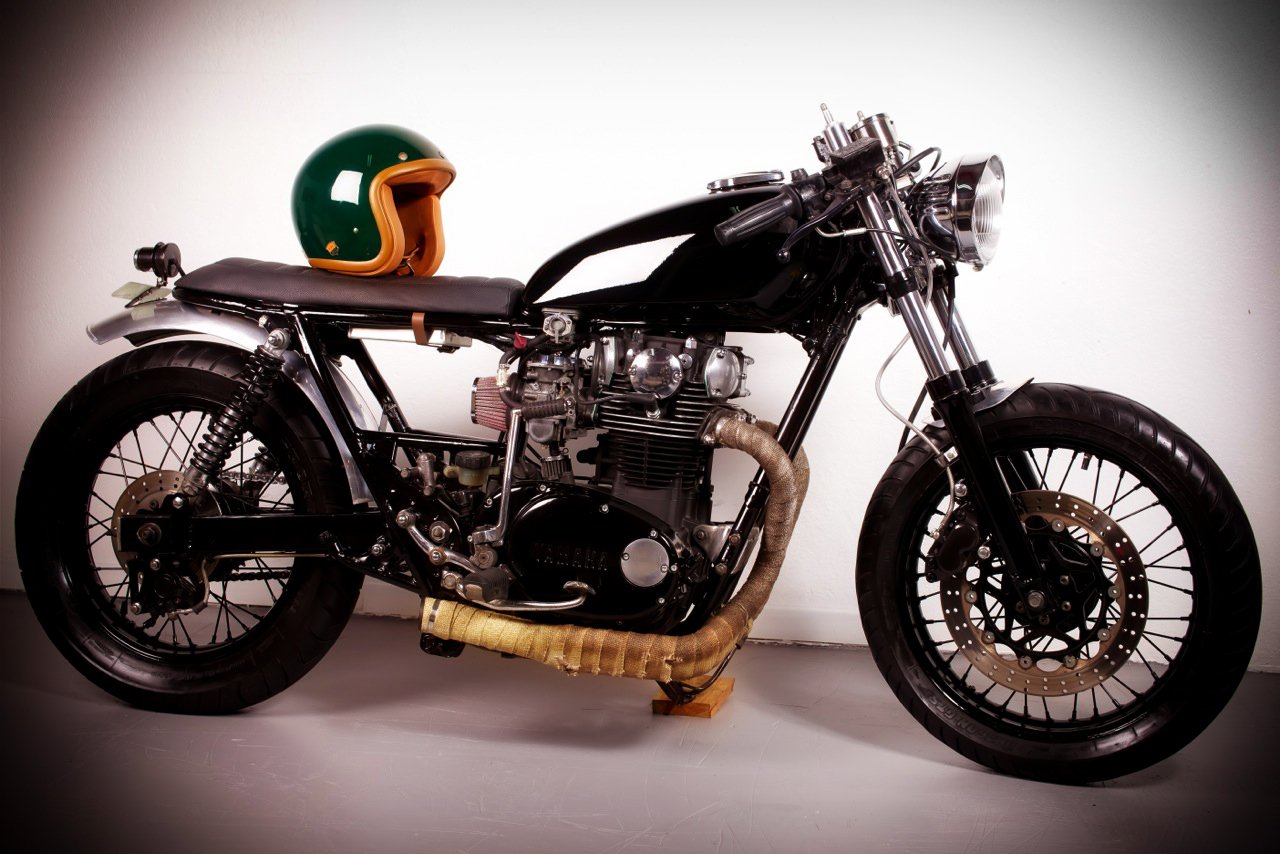