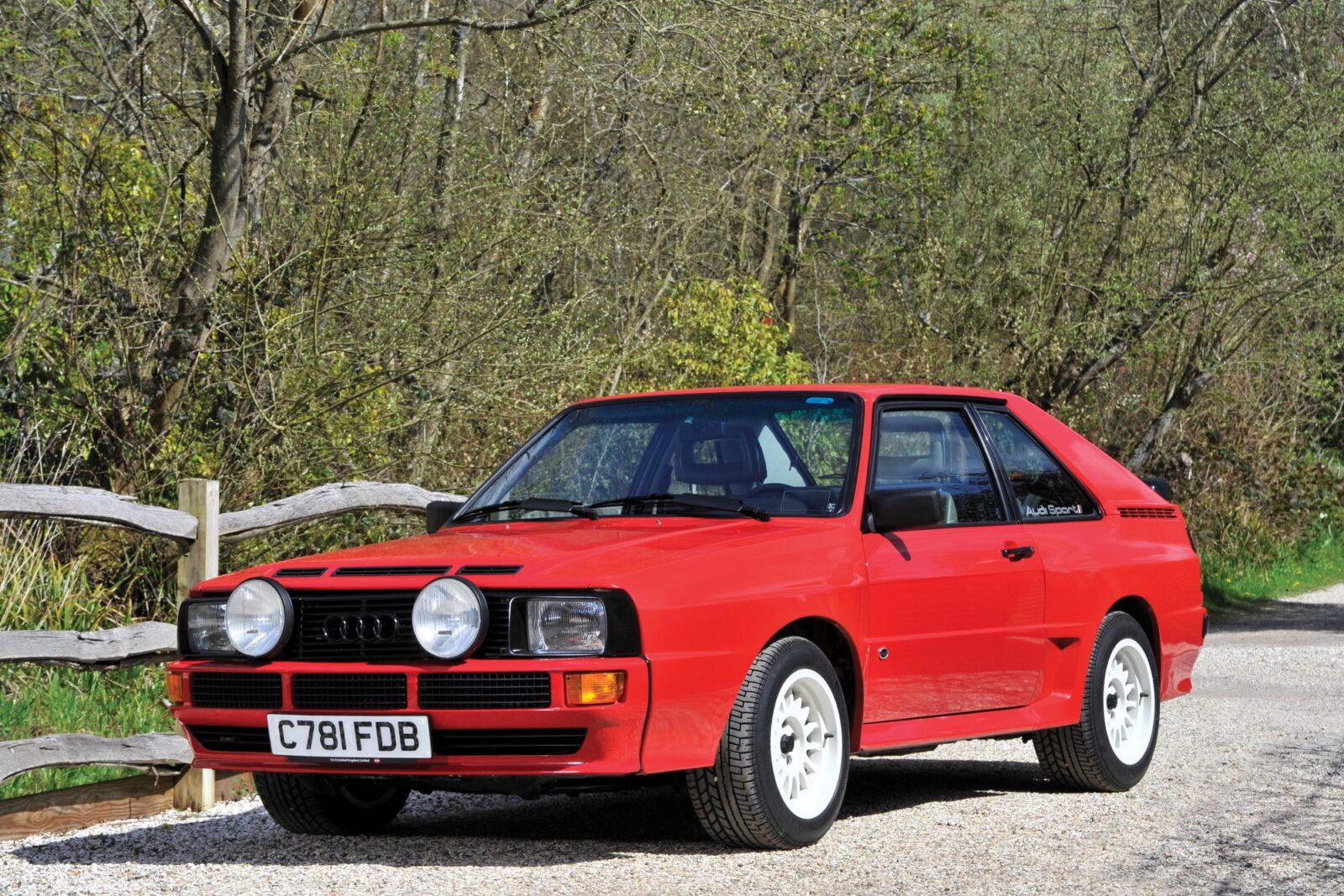 The Audi Sport quattro was released in 1984 as a Group B rally car and very limited production road car – strictly for homologation purposes. The Sport quattro had gigantic shoes to fill, it was the direct descendant of the supremely successful Audi Quattro – a car that was so important to Audi that they’ve named all the quattro cars that have been created since with a lowercase “q” out of deference.

Before the first Audi Quattro was released in 1980, the German automaker had a bit of a staid reputation for producing boring motor cars that were a far cry from the brand’s Grand Prix racing heyday. The Quattro changed everything.

The concept for an Audi all-wheel drive performance car is credited to Audi chassis engineer Jörn Bensinger. During testing for the 4×4 Volkswagen Iltis he discovered that it could perform any other vehicle it was tested against when driving on snow. This was a eureka moment for the talented engineer and he set to work on an AWD Audi 80 variant with Walter Terser, the Director of Audi Pre-Development.

The first Audi Quattro was almost unbeatable on the world rally circuit, at its first race outing at the 1981 Monte Carlo Rally the Quattro overtook the Lancia Stratos on the snow covered roads. The Stratos had started the stage a full minute before the Audi, and the Lancia drivers were used to being untouchable – so being overtaken buy a sideways Audi must have been quite a shock.

By 1984 a new version of the Quattro was ready, it had a shorter platform, flared wheel arches, and a body made from aluminium, and carbon-Kevlar. The real secret to the continued success of the new Sport quattro was its 306 hp, 2133cc DOHC, 20-valve alloy-block inline-5 cylinder engine with a KKK-K27 turbocharger and Bosch electronic fuel injection. This engine was mated to a 5-speed manual gearbox that fed power to the wheels via the now famous all-wheel drive system.

Audi would eventually make just 164 road-going versions of the Audi Sport quattro, and these cars are now hugely collectible thanks in equal parts to their rarity and historic significance. The example you see here is expected to sell for between £290,000 and £320,000, and will be auctioned by RM Sotheby’s on the 7th of September. If you’d like to read more or register to bid you can click here. 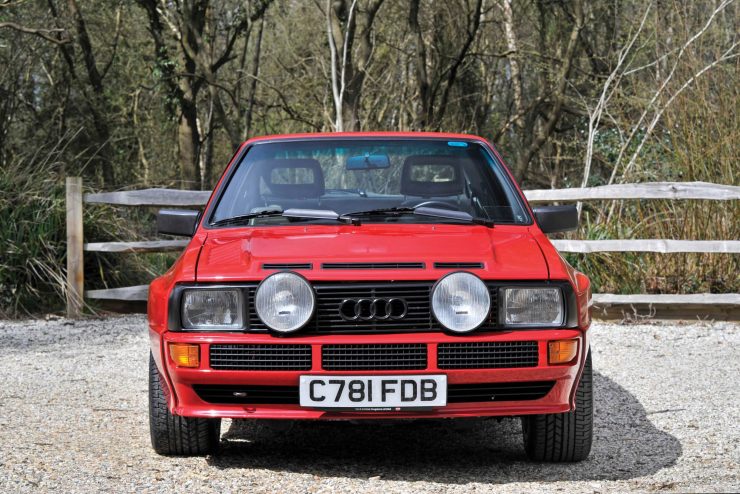 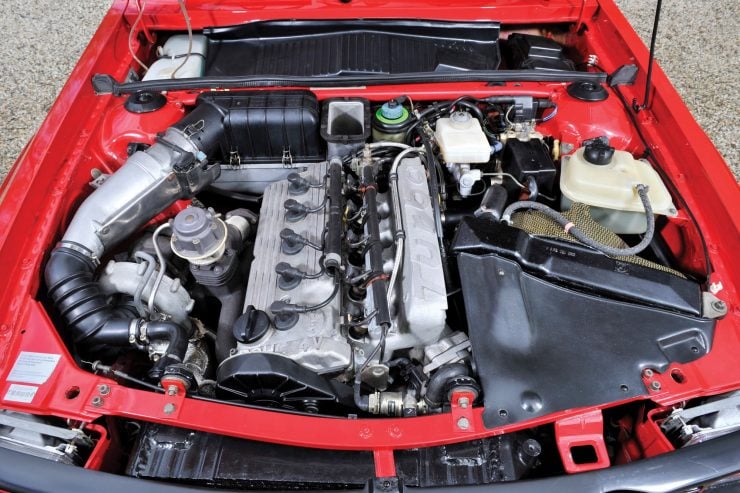 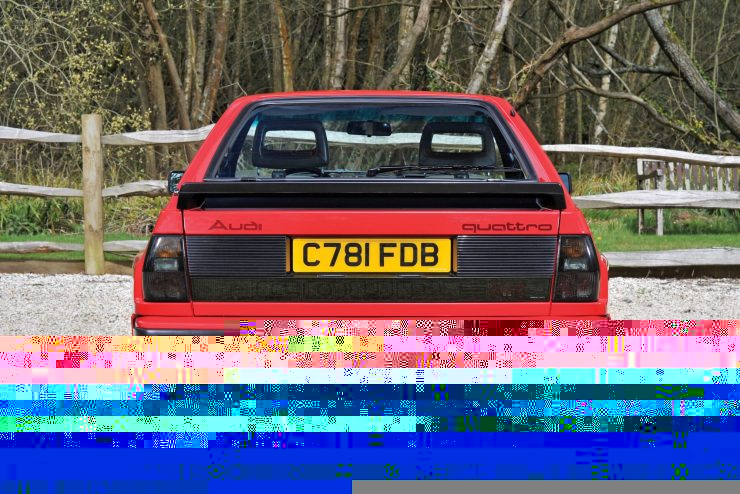 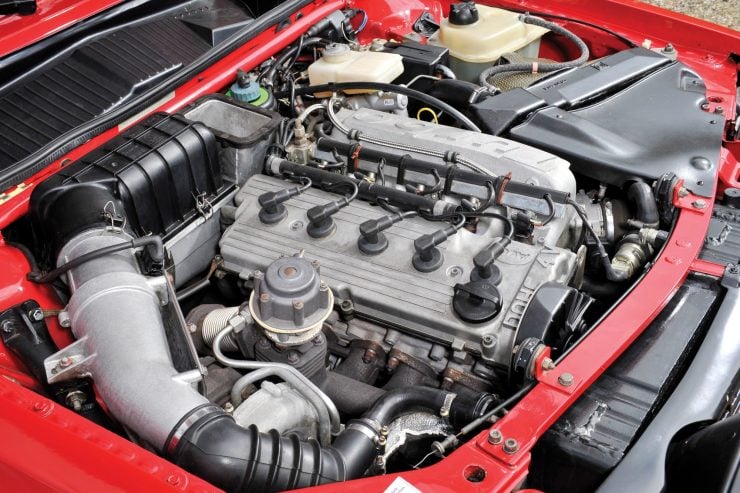 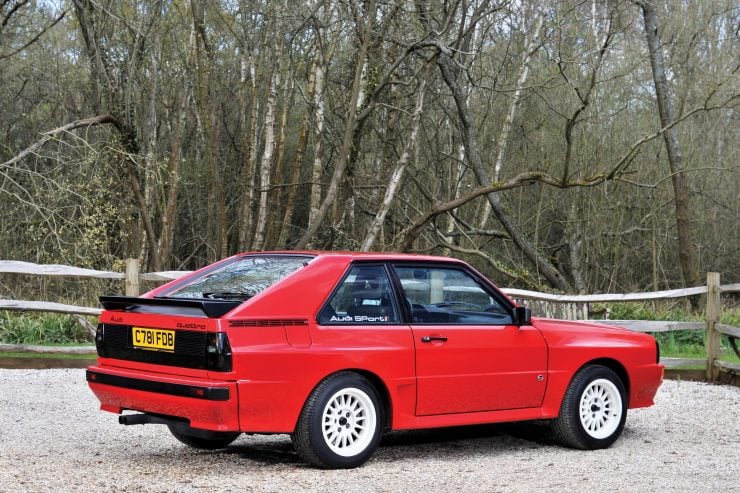 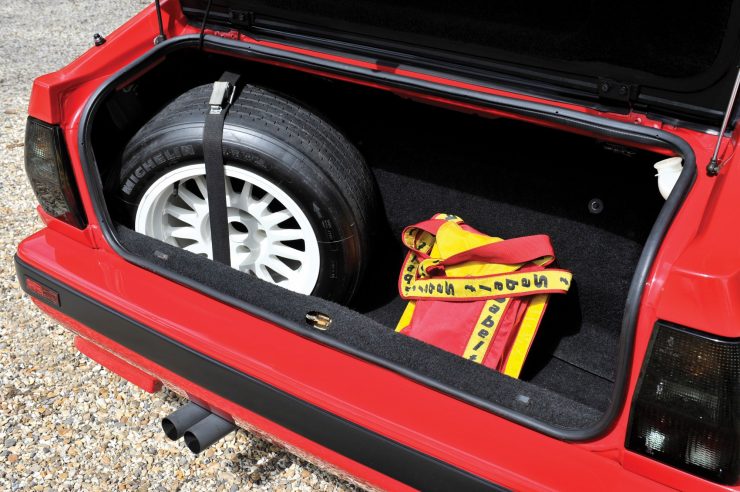 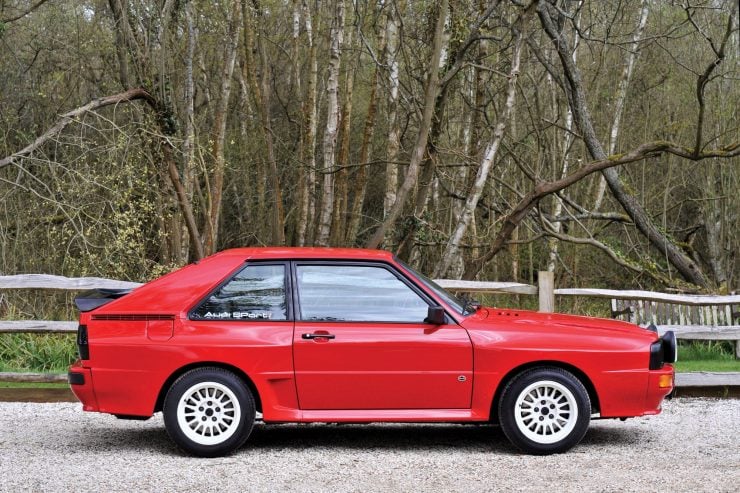 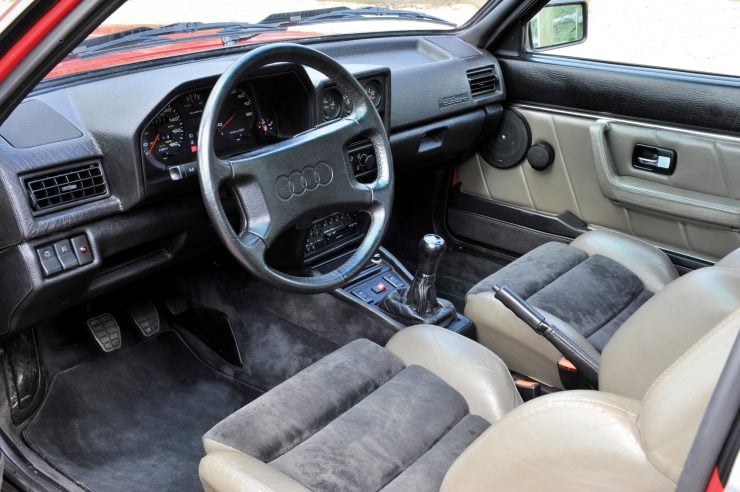 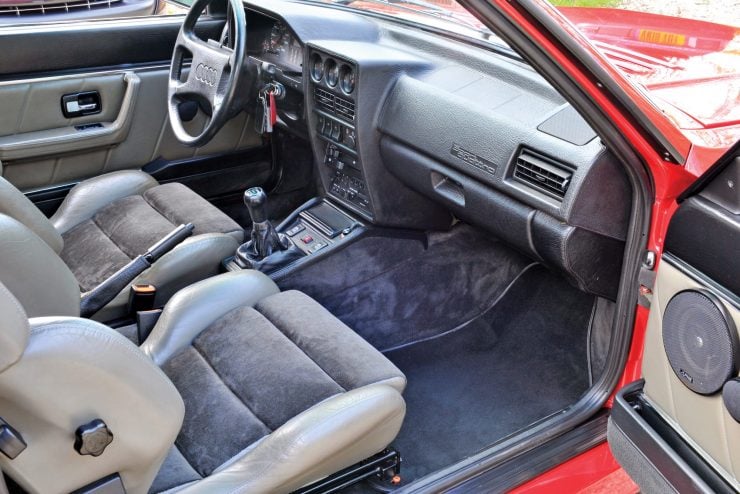 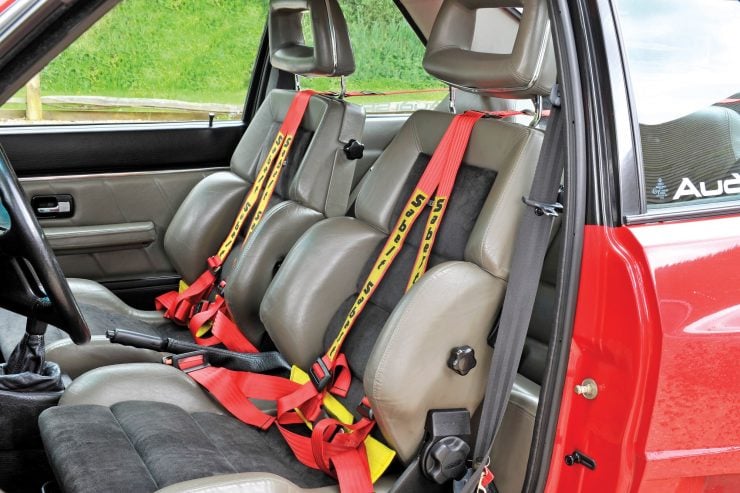 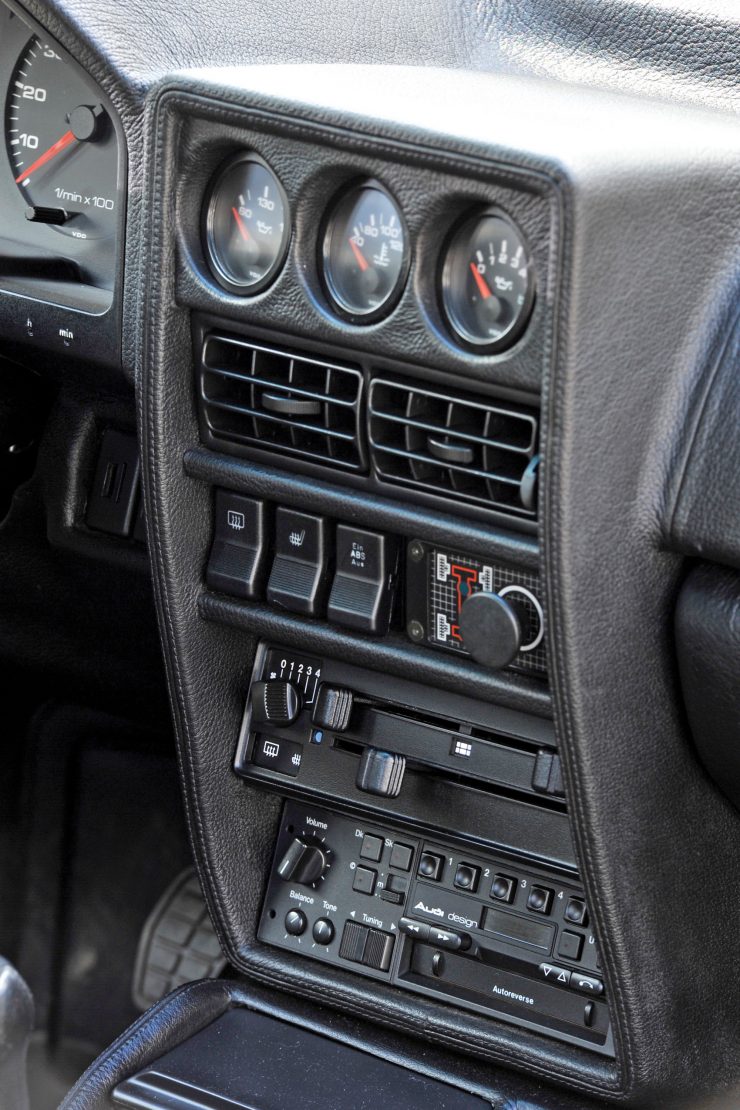 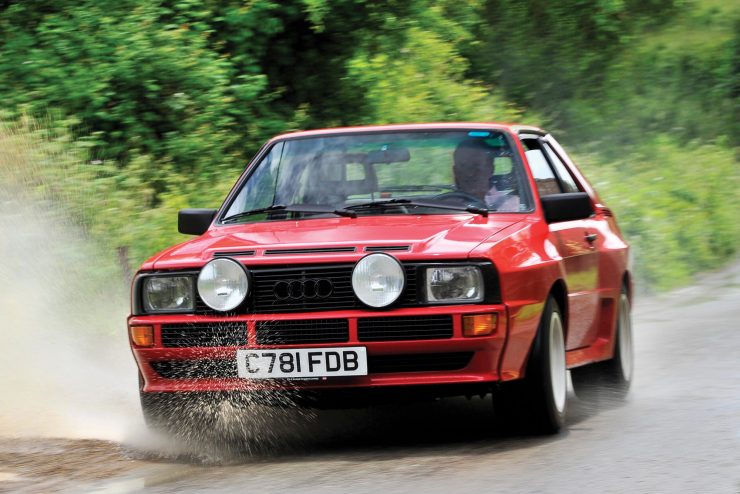 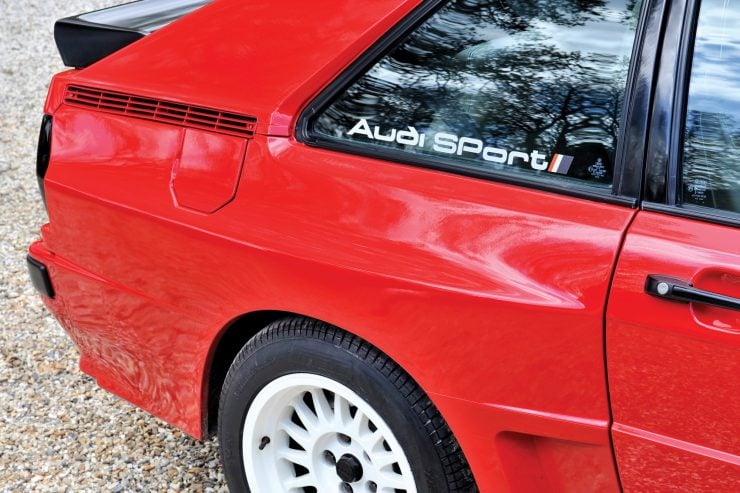 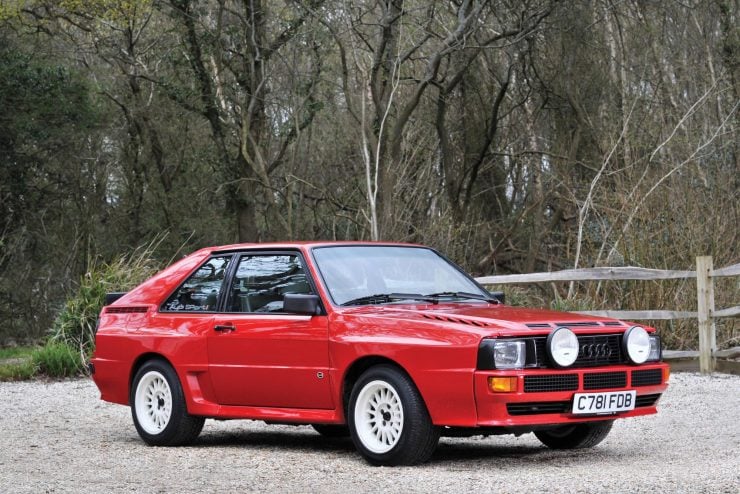 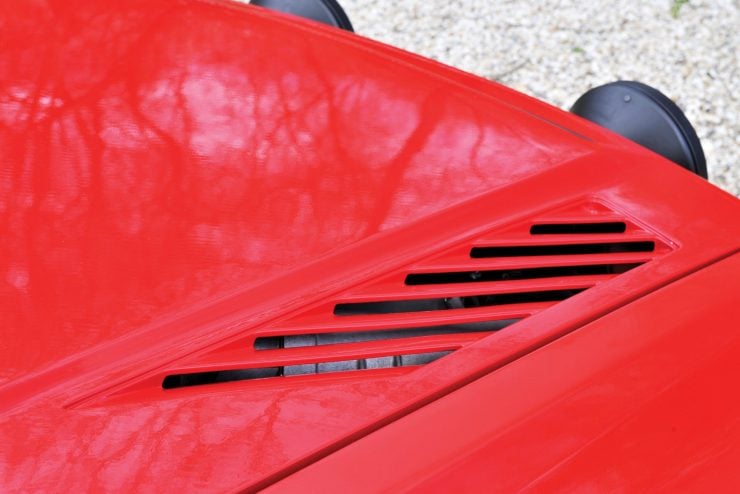 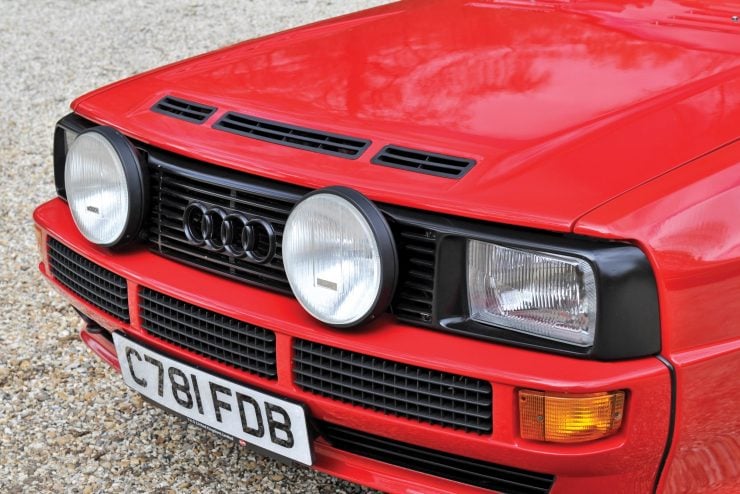 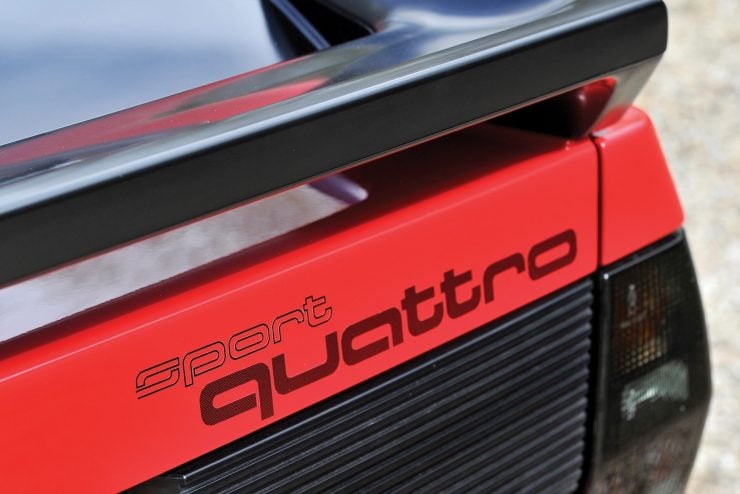 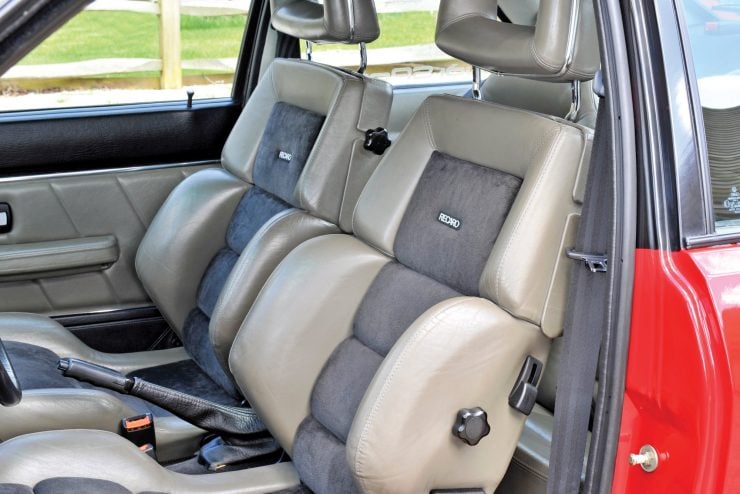