Amazingly this Aston Martin DB4 was given to its current owner in exchange for a few weeks of body repair work on another vehicle. This exchange took place over 30 years ago when the value of the DB4 was vastly lower than it is today.

After receiving the car the owner put it into a barn with every intention of restoring it, as is often the case life got in the way and the car remained in untouched, hidden away, and gathering dust. It’s now been rediscovered and it’s being offered for sale out of Astoria, New York.

David Brown had bought Aston Martin in 1947, saving the company in the process, and over the next few years he would return it to profitability. 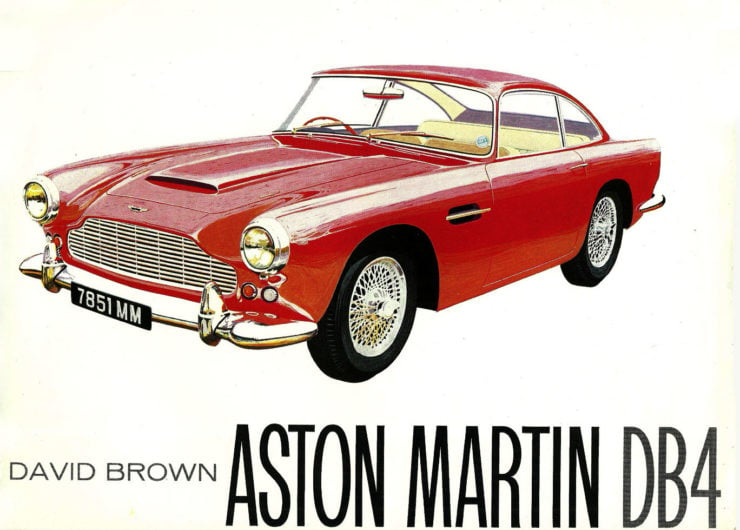 This illustration of the Aston Martin DB4 from a 1950s brochure for the model shows what it would have looked like when new.

It’s no exaggeration to say that, with the exception of the original company founders, David Brown was the single most influential person in the British automaker’s history. As a result of this, many Astons even today still carry his initials as a “DB” suffix in their model names.

The DB4 was developed in the late 1950s on a relatively short development cycle, the chassis alone is said to have been designed in just six weeks in 1957. This would be the first all-new Aston developed by the company under David Brown’s ownership, and it would set the stage for the many Astons that would follow.

This new chassis would be paired with a new body designed by Touring of Milan in Italy. The body is constructed using the Superleggera technique, essentially a lightweight metal framework with alloy panels over the top.

With the chassis and body featuring all new designs the engine was obviously going to need to be something special. Polish engineer and former racing driver Tadek Marek developed a straight-six with double overhead cams, using a block and head made from R.R. 50 – a special aluminum alloy developed by Rolls-Royce for their high-performance aircraft racing engines. 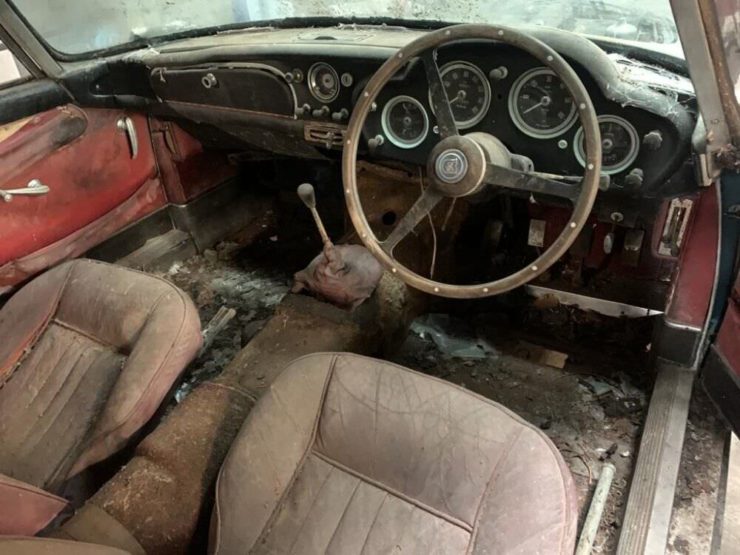 The interior does appear to be complete, however it’s clear that a full restoration is going to be needed inside and out.

This new engine was a performance powerhouse, turning out 240 bhp in factory trim and over 300 bhp in later high-performance versions. The relatively low curb weight of 1308 kgs (2,883 lbs) resulted in spritely performance, the DB4 was able to reach 139 mph in period tests with a 0 – 60 mph time of 9.3 seconds.

The Aston Martin DB4 would be produced over five series, each carrying a number of updates. The Series V cars looked almost indistinguishable from the later Aston Martin DB5 to everyone except marque experts, and this styling would be carried on through to the DB6 as well.

The Aston Martin DB4 you see here is a numbers-matching example that has spent over 30 years sitting tucked away in a barn protected from the elements but not from time itself. 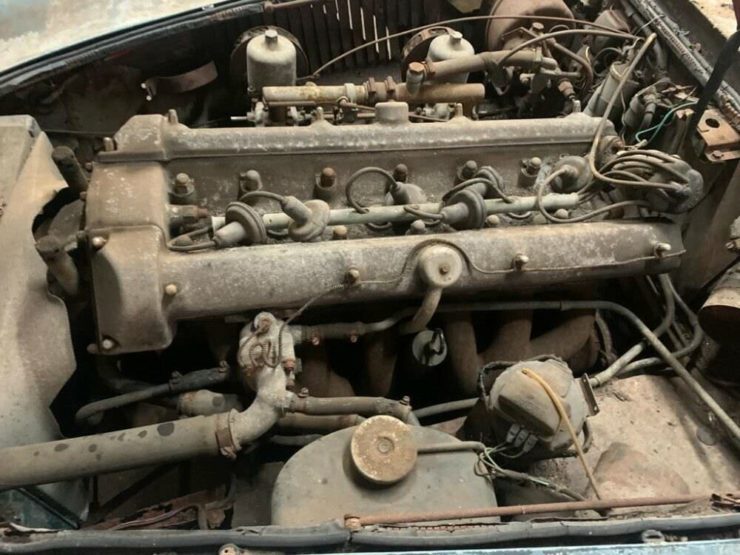 Perhaps the most important thing about the car is that it retains its original chassis, body, and engine – a critical ingredient in the classic car world.

It’s now in tattered and dusty condition but its originality is likely to be very appealing to a certain class of vehicle restoration expert.

As mentioned further up, this car was given as payment for a few weeks of automotive bodywork to a body man who had recently returned after his tour of duty in Vietnam. He’s said to have spent time after work fixing one of his bosses cars and this DB4 was given to him in lieu of cash.

He tucked the DB4 away in a barn with the intention of restoring it, but he never got around to it and the years rolled on. The car is now being offered for sale out of Astoria, New York with an asking price of $325,000 USD on eBay.

If you’d like to read more about this unusual barn find Aston or send them an offer you can visit the listing here. 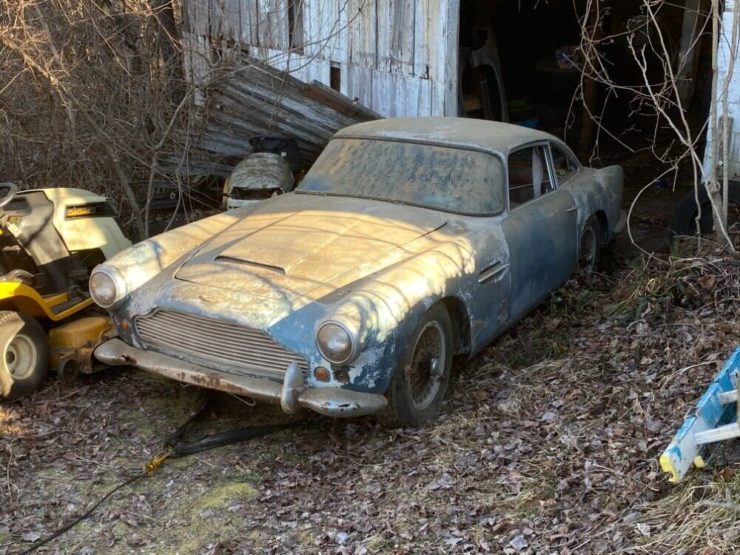 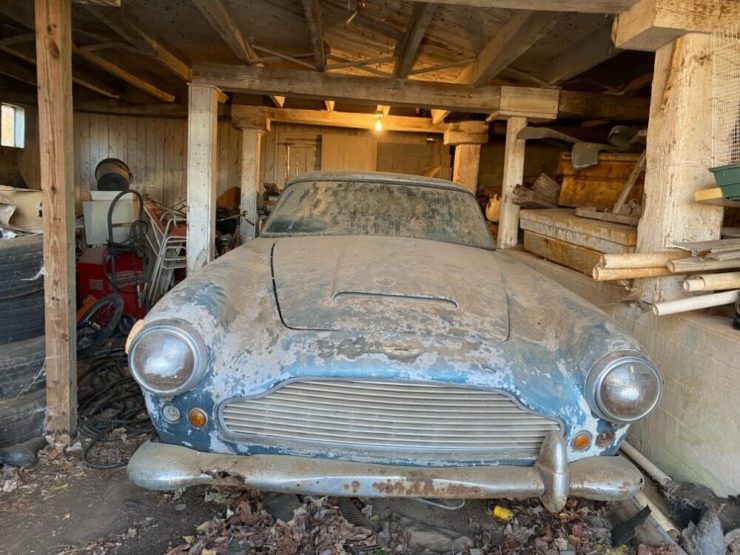 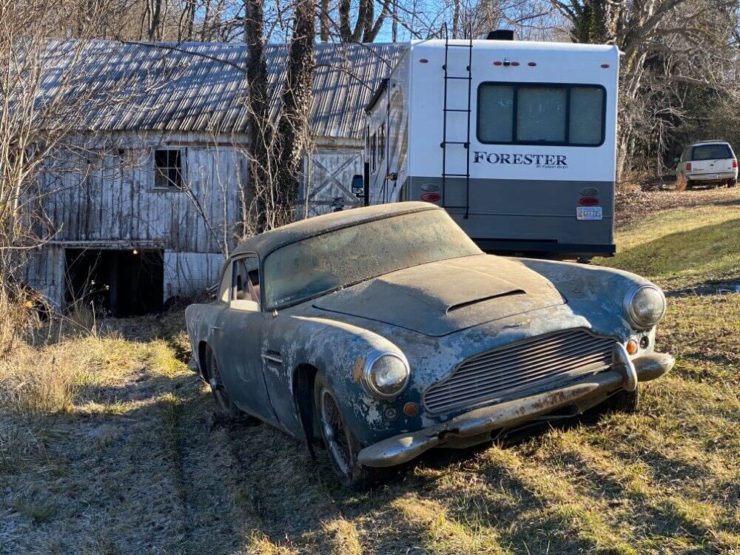 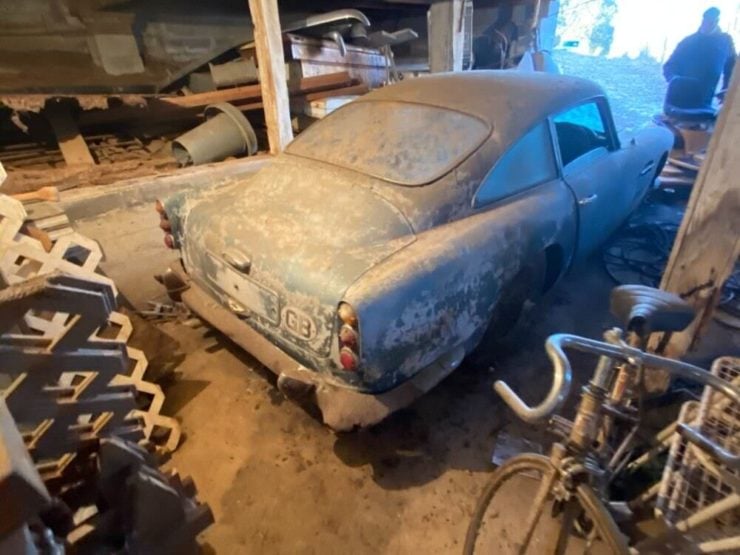 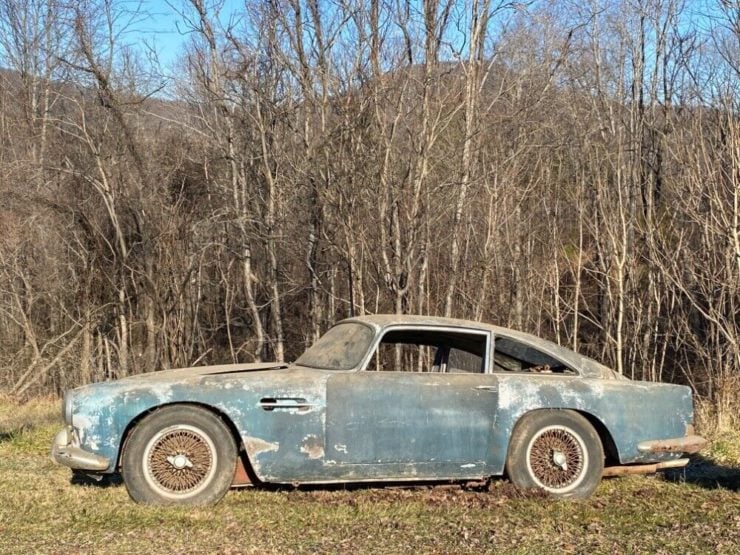 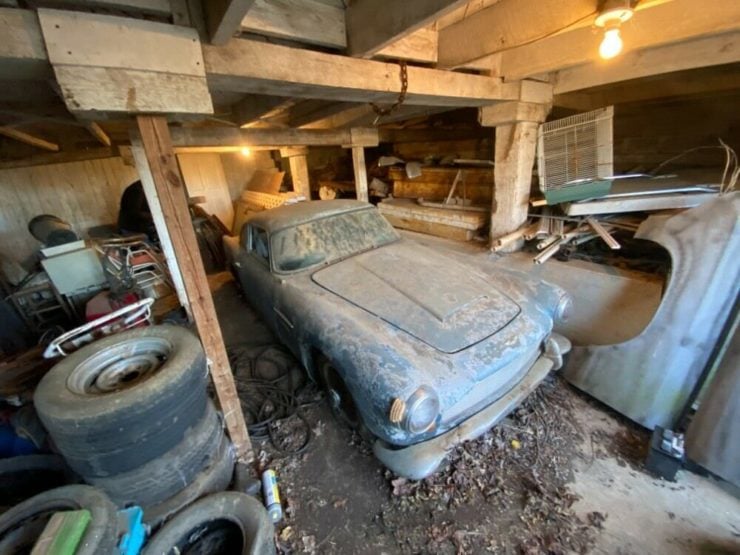