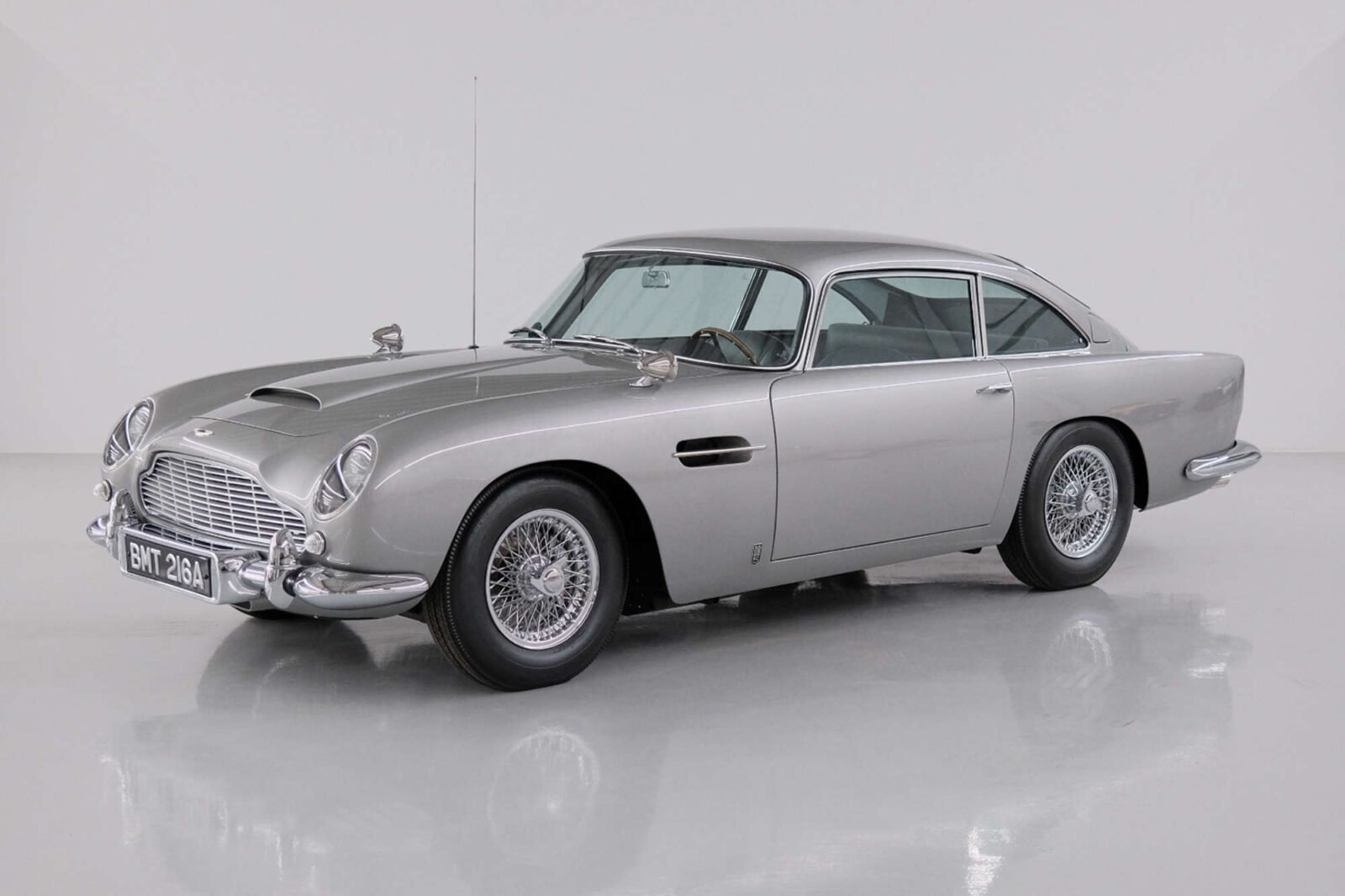 When Aston Martin announced in 2018 that they would be bringing their most famous model back into limited production for the first time in over 55 years, the world’s motoring media almost exploded with excitement.

Adding to this excitement was the fact that these 25 official continuation cars were being built in direct collaboration with Albert R. Broccoli’s EON Productions as functional James Bond cars, with the gizmos and gadgets from the 007 film Goldfinger.

Bringing Back The James Bond DB5

When the Aston Martin DB5 ceased production in 1965 it’s unlikely that anyone could have predicted that over 55 years later it would return to limited production, for just 25 additional units.

Above Video: Sean Connery as James Bond, being introduced to the original Q Branch Aston Martin DB5 in the film “Goldfinger.”

The DB5 Continuation cars would be built using the same jigs as the original DB5, to the same specifications with one key difference – they would incorporate modifications by Oscar-winning Bond special effects supervisor Chris Corbould.

Corbould has worked on every Bond film since The Spy Who Loved Me, he’s worked on a vast array of films outside of the Bond universe, and he won the Oscar for Best Visual Effects at the 2011 Academy Awards for his work on the film Inception.

Developing versions of the gadgets from the Goldfinger DB5 that could actually be installed into a real, functioning DB5 proved a significant challenge, but Corbould managed it with the exception of one part – the passenger ejection seat.

There’s was just no way to do it legally, though the car does have the red button under the gear lever knob. 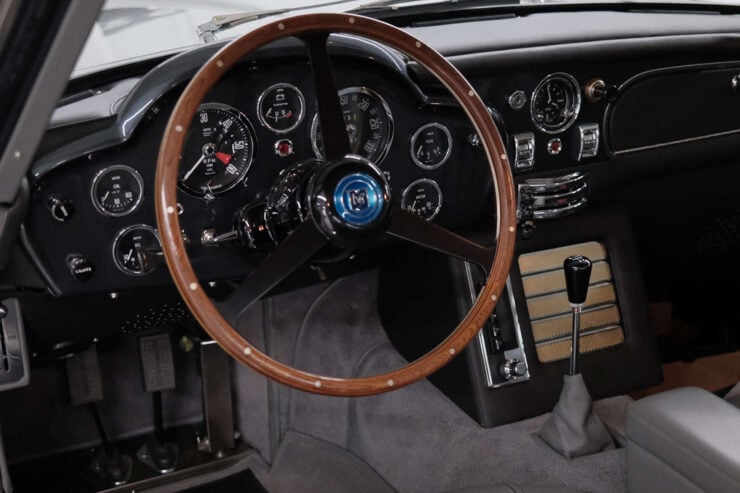 The interior of the car is largely the same as the standard DB5 with the exception of the radar tracker, and the flip-up arm rest that includes the controls for the car’s various weapons and gadgets.

Just as in the film, the 25 DB5 Continuation cars have the twin front machine guns behind the headlights, rotating number plates, smoke canisters, a rear oil slick sprayer, a pop-up bulletproof shield, battering rams front and back, and the rotating tire slasher that extends out of the centre of the rear wheels.

Special care was taken to ensure that all of the gadgets, which are controlled from an instrument panel hidden under the center armrest, are both functional and reliable – so they can be displayed for people time and time again without failing. Of course the machine guns aren’t live, they function by making the correct sound and powerful LEDs shoot red light out to simulate firing.

“Each of the 25 new cars is being built to the highest possible quality using a blend of Sir David Brown-era old world craftsmanship, with the sympathetic application of modern engineering advancements and performance enhancements, alongside the integration of cutting-edge gadgets developed in association with Chris Corbould OBE, the special effects supervisor who has worked on more than a dozen Bond films.” – Aston Martin 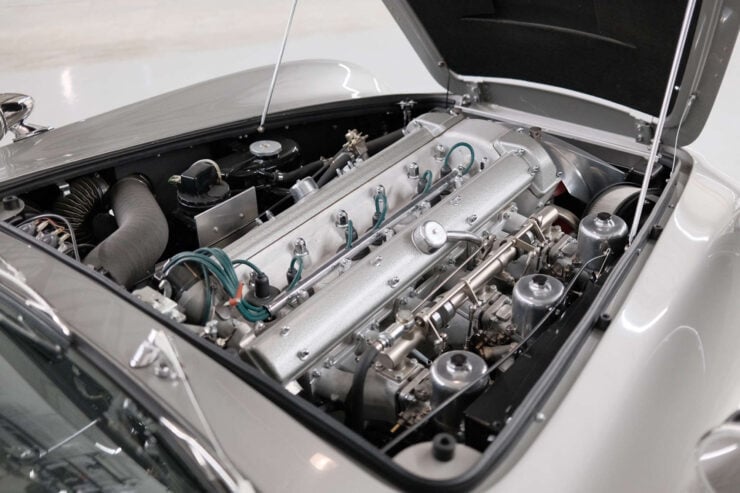 The 4.0 liter straight-six in the Continuation car is as immaculately presented as you may expect, it produces 290 bhp.

Under the hood you’ll find the same 4.0 liter Tadek Marek-designed straight-six as the original car, with double overhead cams and 12 valves, sending its 290 bhp through a ZF 5-speed gearbox to the rear wheels.

The car you see here is one of the original 25 that were built and sold with an MSRP of £3.3 million pounds each, or approximately $4.4 million USD.

After this vehicle was built by Aston Martin it was delivered to its new owner in Saudi Arabia where it remains to this day. It’s now due to be offered for sale through Silverstone Auctions in Riyadh on the 25th of November. 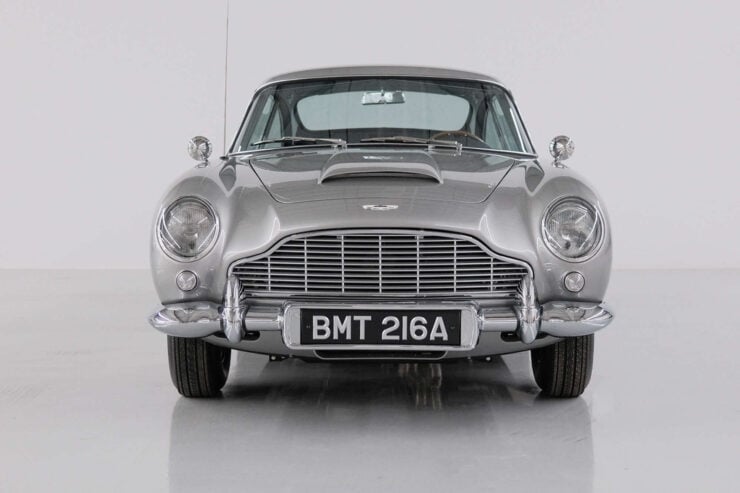 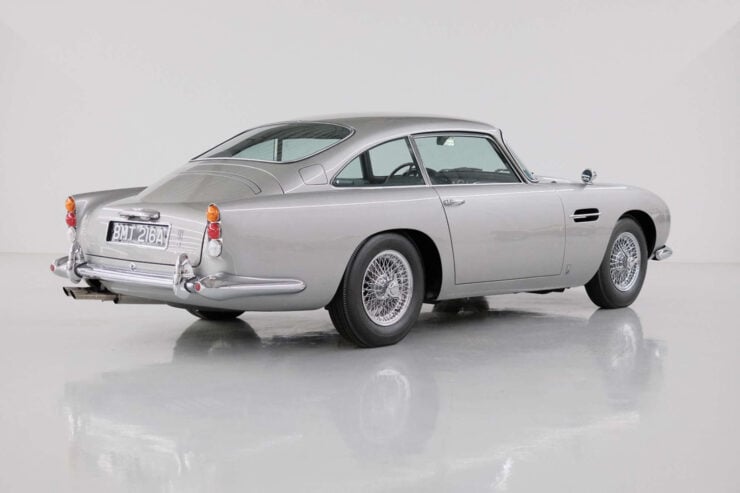 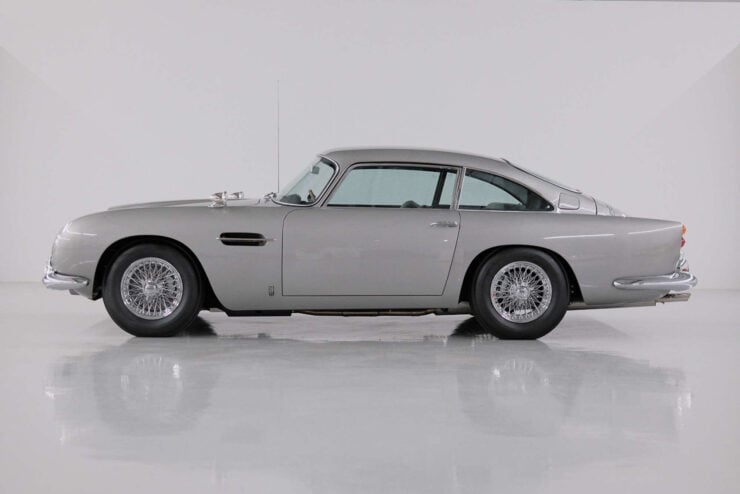