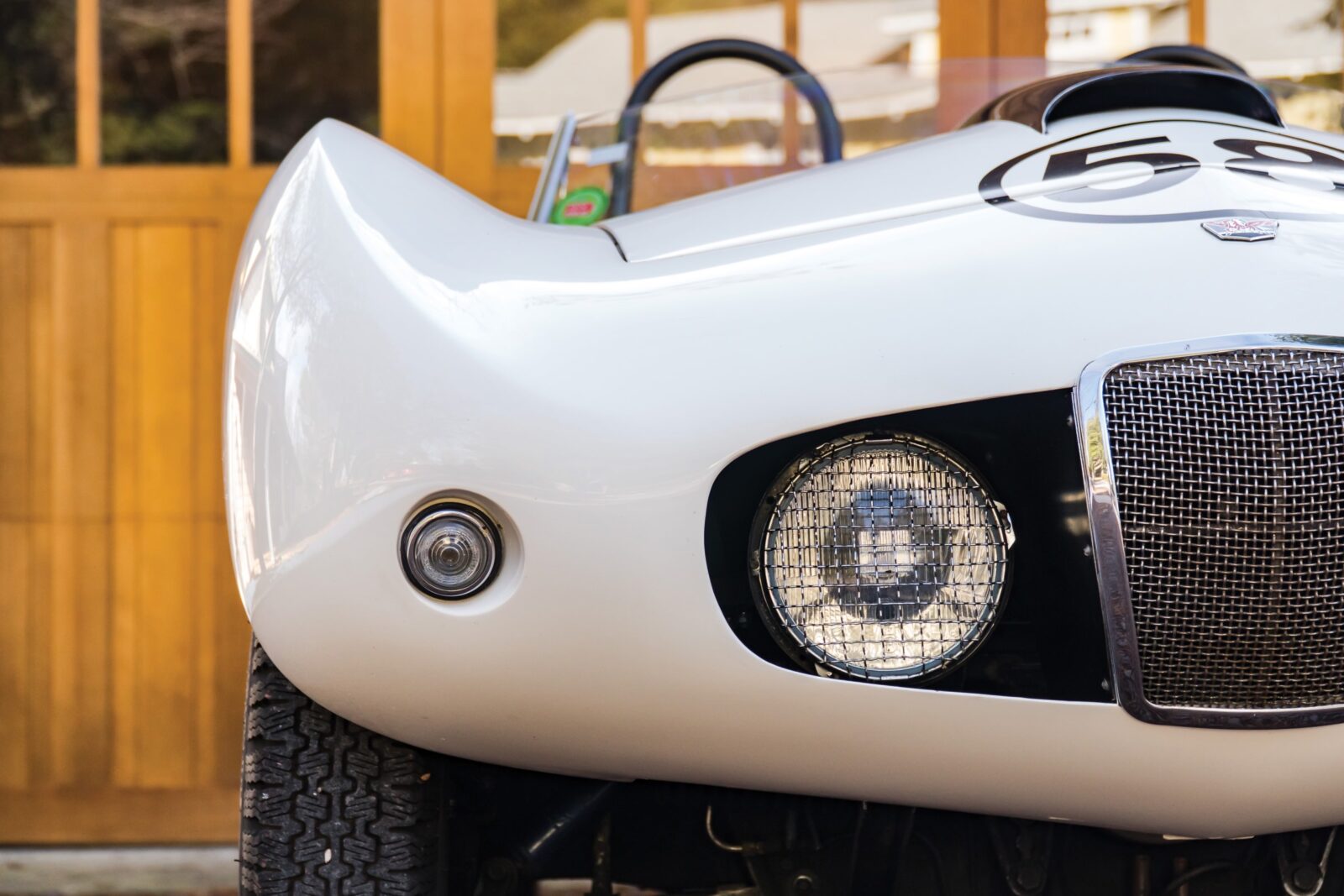 Stanley H. “Wacky” Arnolt and the origins of the Arnolt-Bristol

Stanley H. “Wacky” Arnolt was an American industrialist who had earned his unusual nickname after arriving in Chicago in a 13 foot rowboat fitted with a Sea-Mite marine engine. It earned him a mention in a local Chicago newspaper, and it was the journalist who wrote the piece who first gave him the nickname that would follow him for the rest of his life.

Arnolt was anything but wacky in the traditional sense, he was an astute businessman and an avid amateur racing driver. He had brought the rights to the Sea-Mite marine engine and during WWII he earned a small fortune by building them for small military vessels.

In 1950 Arnolt set up a dealership in Chicago to sell British automobiles, mostly MGs, Rileys, and Morris Minors. He travelled to the Turin Auto Show where he met with Giovanni Bertone of the iconic Italian coachbuilder that bares his name. Arnolt had been drawn to the Bertone stand at the show as they were displaying their custom bodied MGs, and Arnolt fell in love on the spot.

Bertone was going through a period of very low sales at the time in the austere economic environment of post-WWII Europe, so it’s hard to know exactly what must have gone through his mind when a cowboy hat wearing American named “Wacky” shook his hand and explained that he wanted to buy 200 of the cars – enough to keep Gruppo Bertone in business for years and refill their depleted bank accounts. 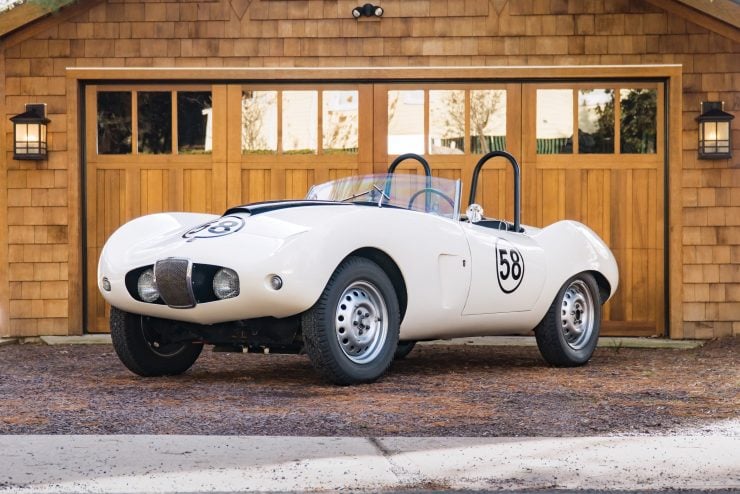 Arnolt and Bertone would begin their relationship with the MGs they met over in Turin. The car was based on the MG TD chassis with the 54 hp XPAG MG motor, with a sleek body designed and fitted by Bertone in Italy.

Over 100 of these Arnolt-MGs were built before MG informed Arnolt that they could no longer supply chassis, undeterred he sought out new powered chassis suppliers, first working (briefly) with Aston Martin, before striking up a deal with Bristol.

The Arnolt-Bristol would be the car most closely associated with the Chicago businessman, and it was to be a truly cross-Atlantic effort. The engine was based on a pre-WWII BMW design, manufactured in Britain along with the chassis, which was then sent to Italy for the body and fit out, before being shipped to the USA for the finishing touches.

The design of the body was tasked to Franco Scaglione, a man who would go on to become a legend in his own right. He was faced with a much higher engine than was used in the MG, so he developed a hood with a pronounced peak in the middle, which he offset with peaked fenders on both sides.

The headlights were tucked into the front grill opening and a small hood scoop was fitted to feed the triple single barrel Solex 32 carburetors. Most of the cars would be fitted with steel bodies, with aluminum hoods and trunks, and very spartan interiors.

There were three major variations of the Arnolt-Bristol, the ultra-lightweight Competition, the lightweight but better appointed Bolide, and the Deluxe, which was more of a comfortable sports car. A Coupe was also offered based on the Deluxe model, however it sold in very limited numbers.

In 1955 three Arnolt-Bristols were entered by the factory team at the Sebring 12 Hour, headed by Rene Dreyfus. Despite the fact that it was their first major competition entry, the cars finished 1st, 2nd, and 4th in the 2-liter class and won the Team Trophy that year (and again in 1956 and 1960).

Just 142 examples of the Arnolt-Bristol were built, and today they’re highly sought after. It’s thought that there are just 85 survivors, and they’re a popular choice for vintage motorsport competition due to their excellent handling and proud list of motorsport accomplishments both in-period and in the current day.

The car you see here is the 4th place finisher from that famous 1955 Sebring 12 Hour entry, it was piloted by Rene Dreyfus as a works car, and it would remain with the Arnolt factory until 1963 when it was sold to privateer racer Richard Milburn.

Milburn raced the Arnolt-Bristol in three early Canadian Grand Prix finishing on the podium each time, and he won championship honors from the Canadian Automobile Sports Club in 1965. The next owner was racing car collector Thomas Mittler, who campaigned it extensively, and in more recent years the current owner used the car to compete in the 2010 Mille Miglia.

If you’d like to read more about this car or register to bid you can click here to visit the listing on RM Sotheby’s, it’s due to be auctioned at Amelia Island on the 10th of March. 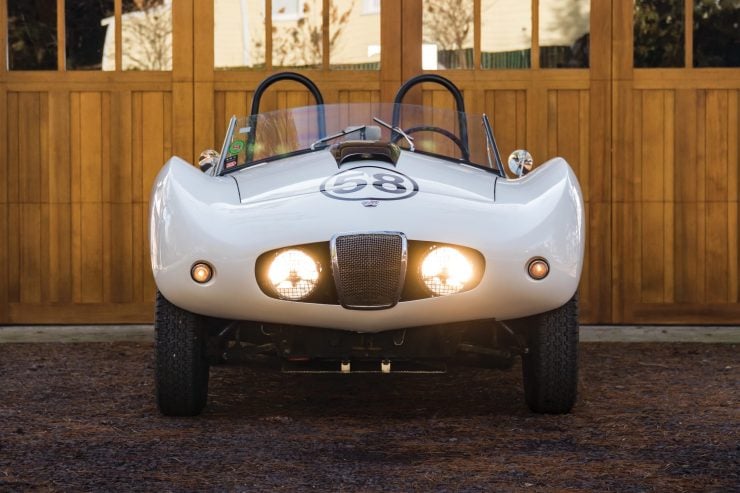 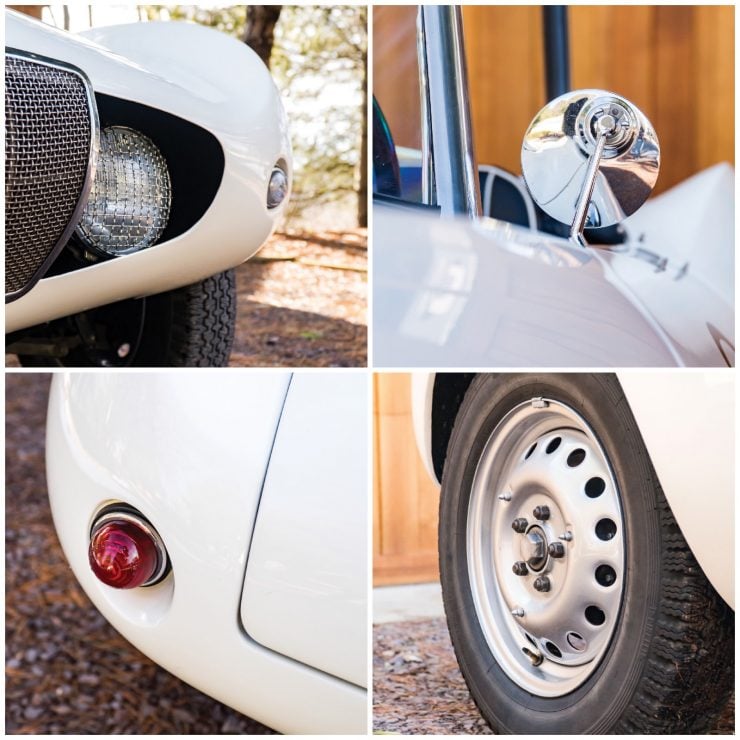 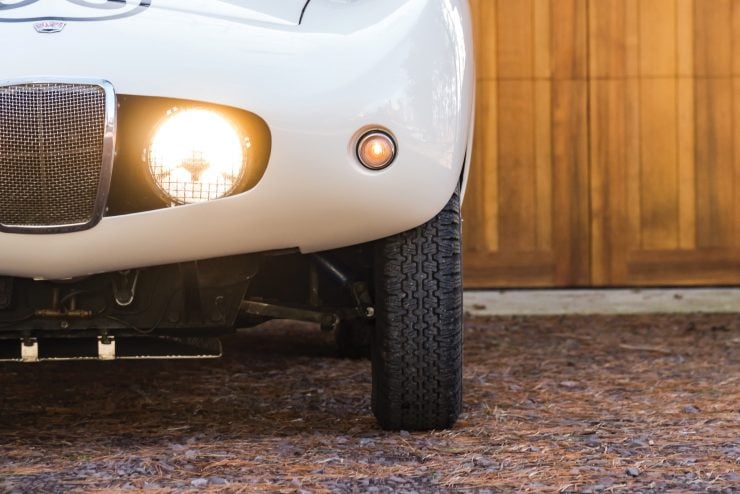 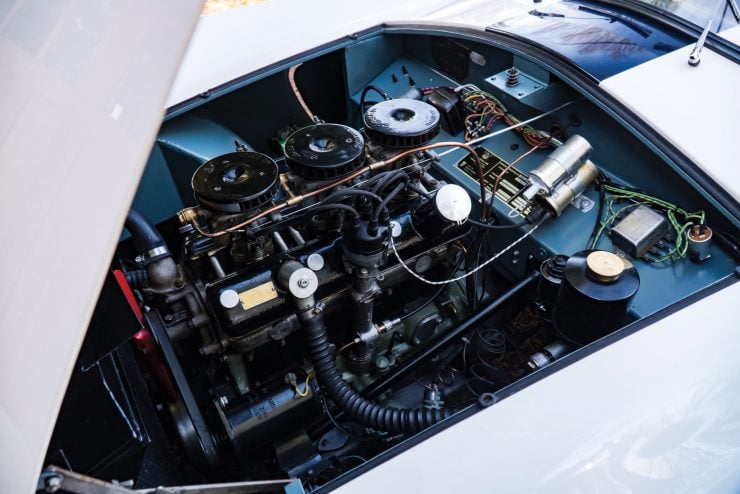 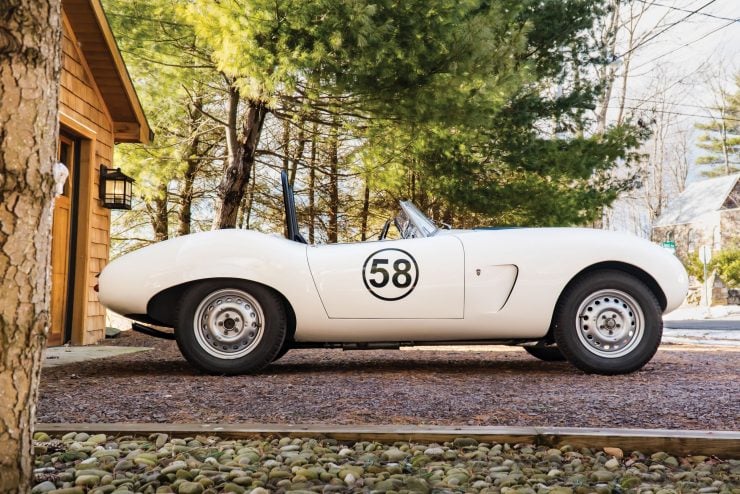 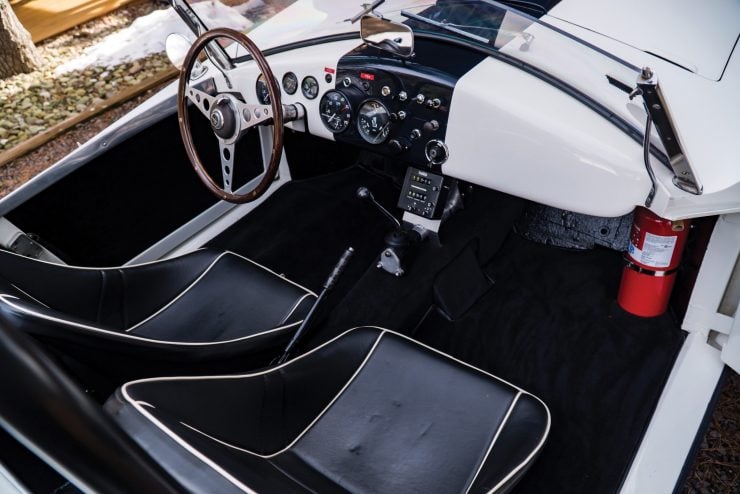 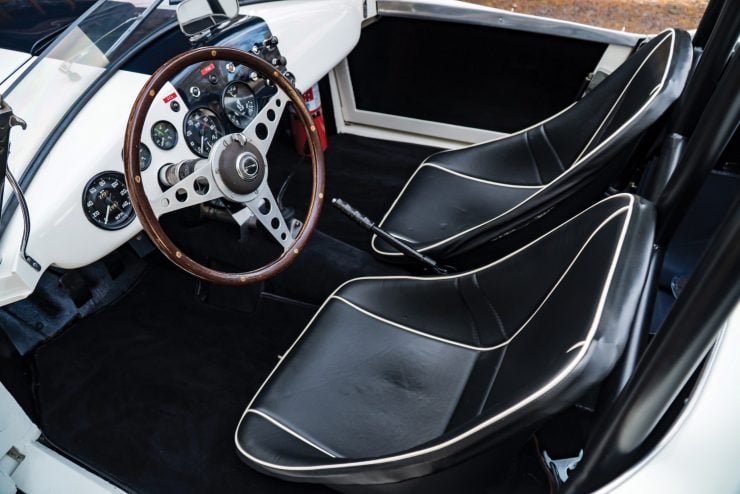 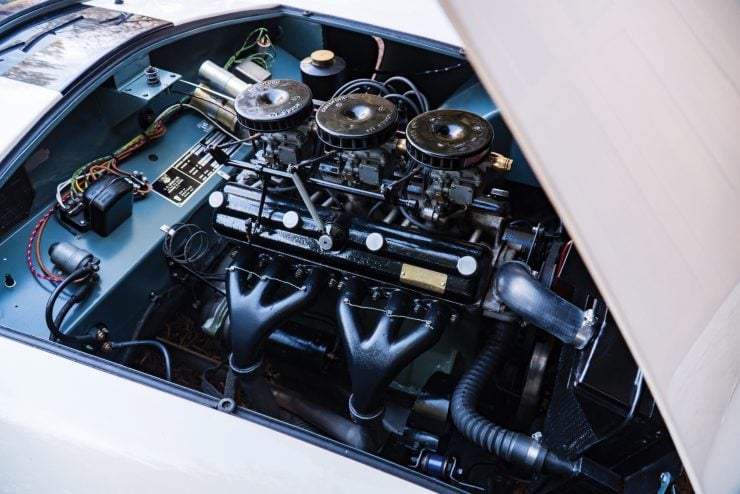 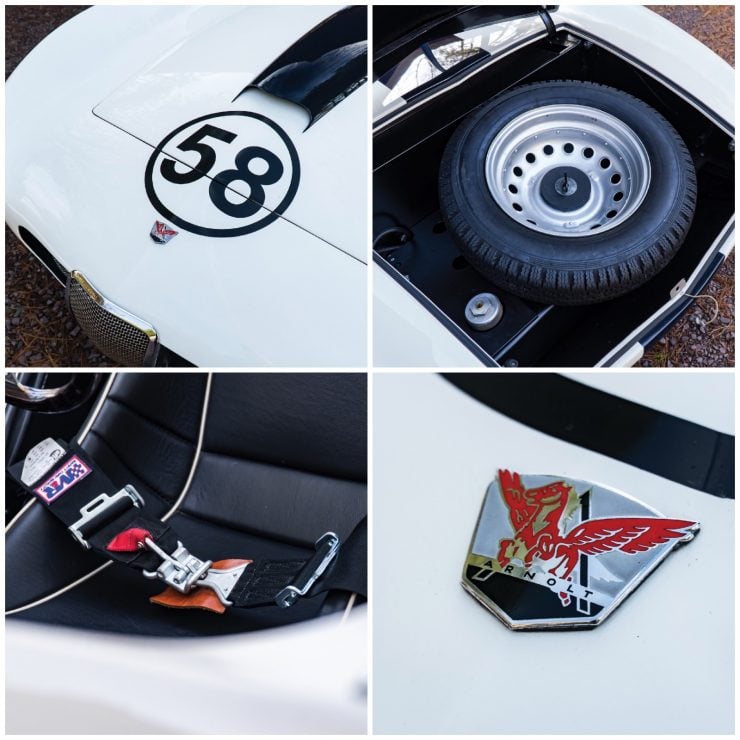 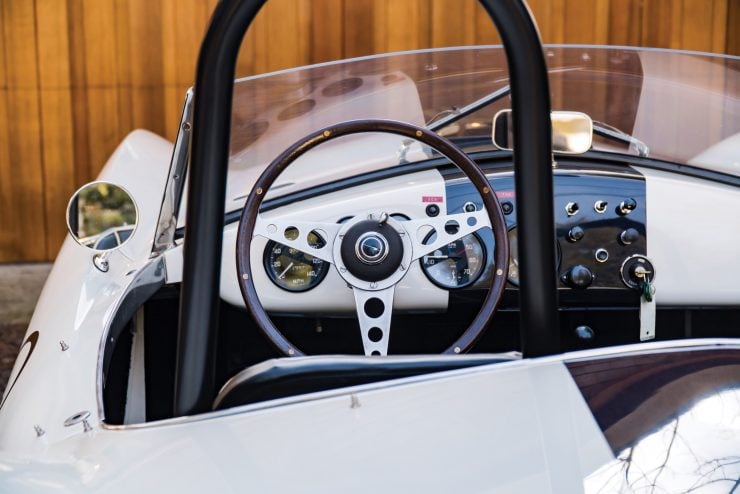 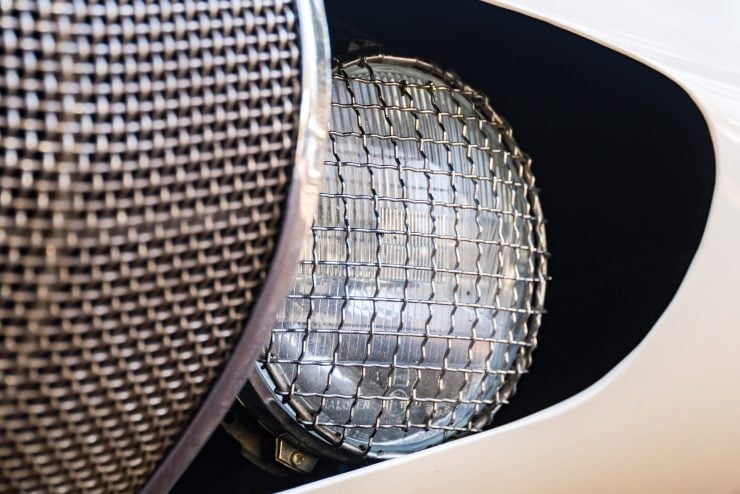 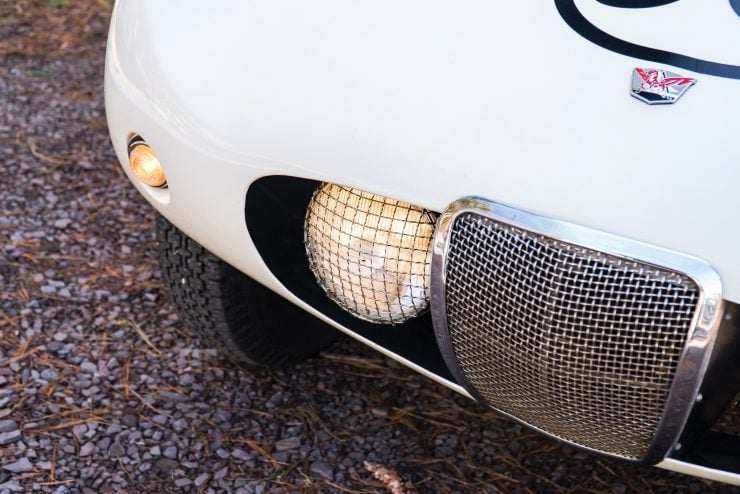 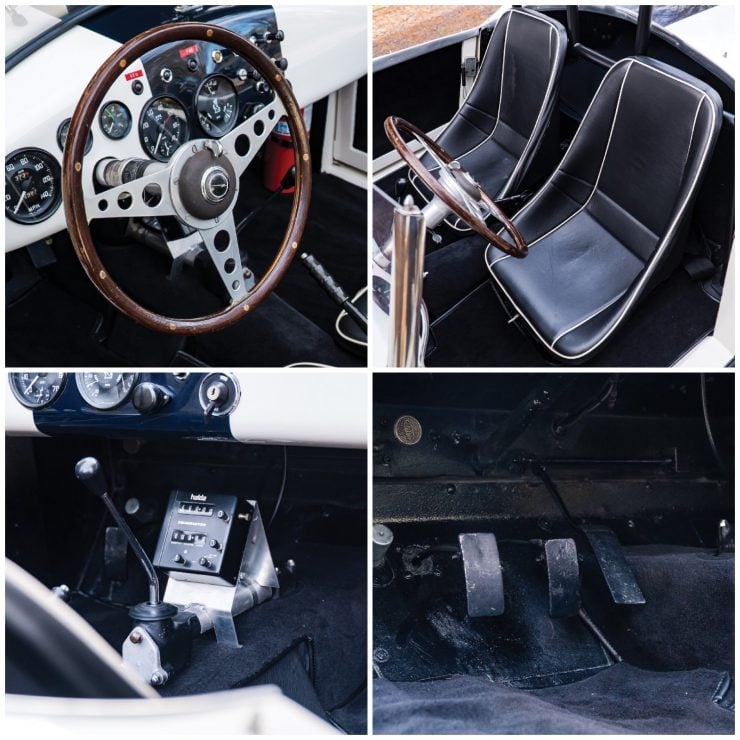 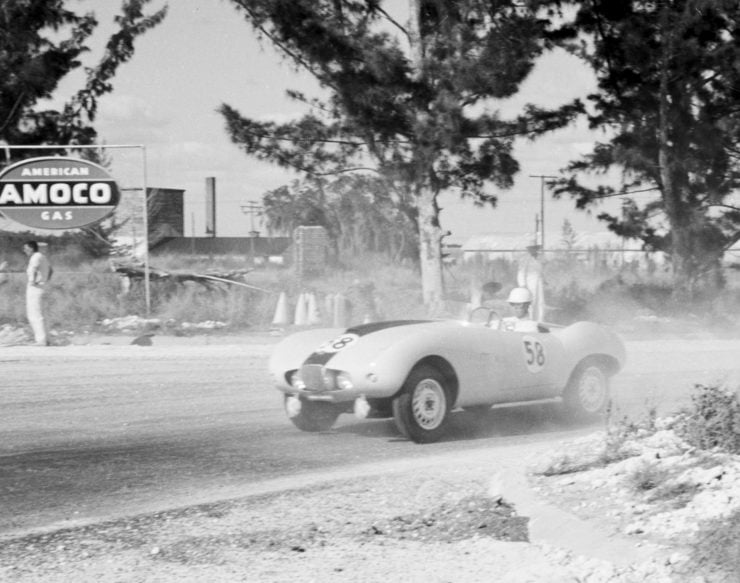 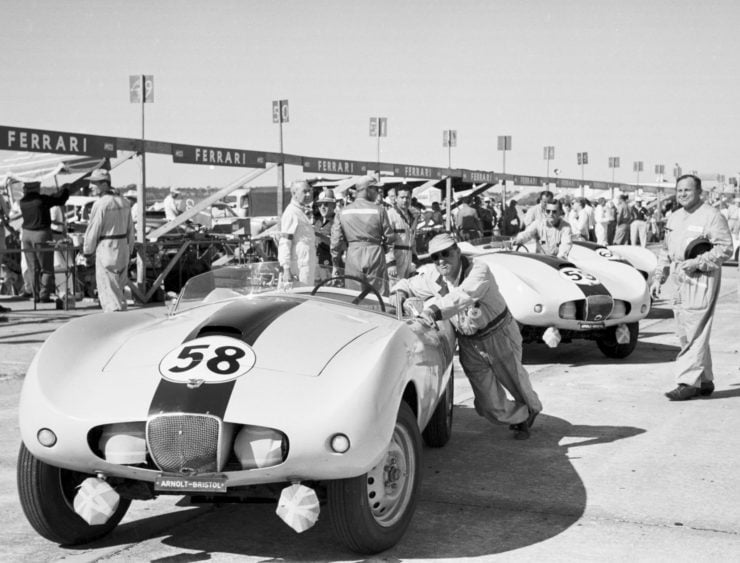 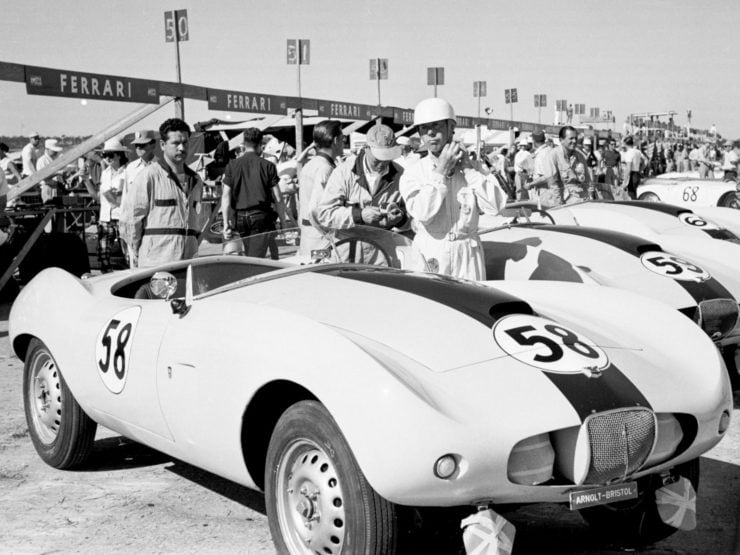