Umbrellas seem to follow some Muphy’s Law logic system whereby when you need an umbrella it’ll either break or get snapped inside out by some helpful gust of wind.

Unless you have a decent umbrella, like this example by Archer Adams. The canopy is made from high-grade nylon, the shaft is birch and the handle is silver plated solid steel that should be capable of beating sense into anyone foolish enough to poke you in the eye with their pathetic excuse for a brolly. 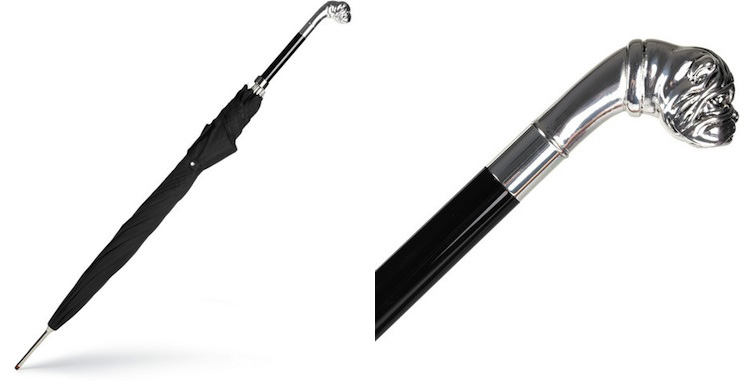