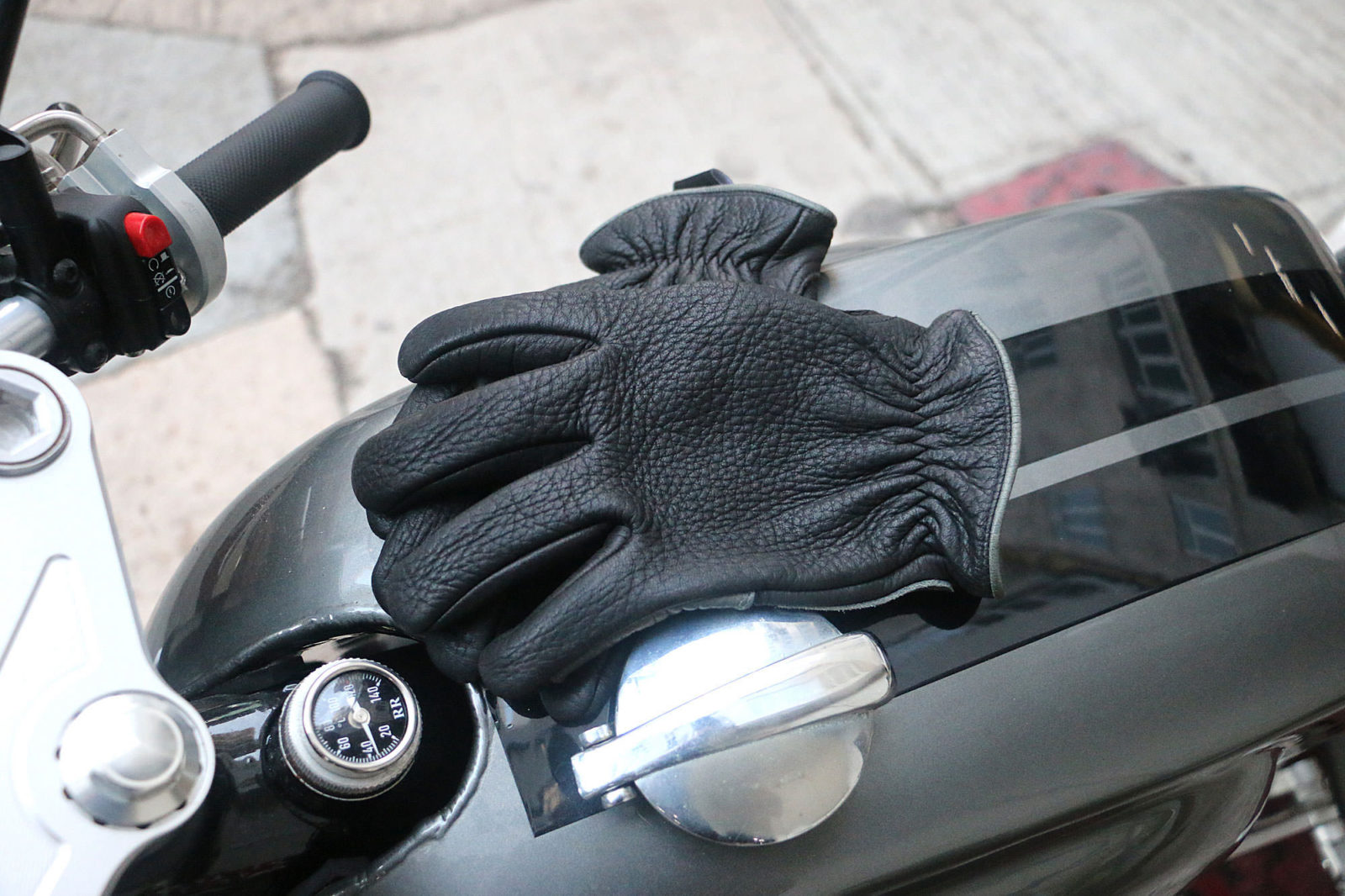 French brothers Ben and G founded Angry Lane back in 2012 in Hong Kong, a major Asian metropolis that’s been likened to both New York and Chicago.

Ever since they started Angry Lane Ben and G had wanted to develop their own motorcycle gloves, and in 2021 they were finally able to make it happen after forming an alliance with a California-based glove manufacturer that works with premium deerskin leather.

Deerskin is one of the best leathers to use when making products like motorcycle gloves, as it’s one of the only leather types that can get wet in the rain but still be soft when all dried out again. Most leathers become hard and need to be oiled or waxed to bring back their suppleness. 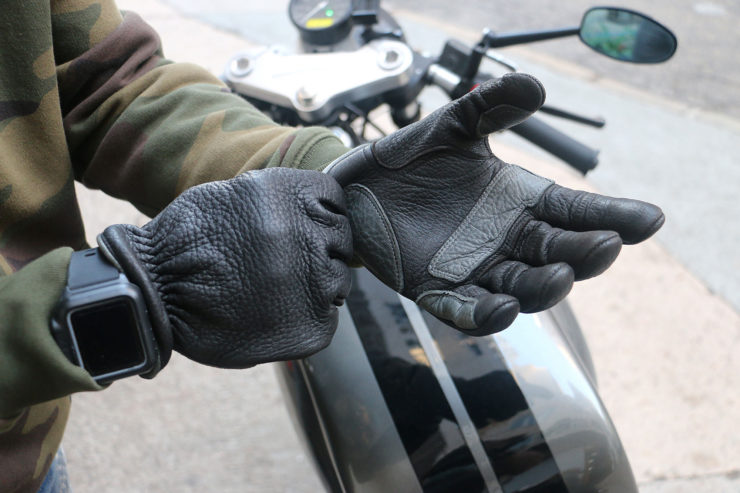 The gloves have additional leather panels in common impact areas including the palm, little finger, and thumb in contrasting blue leather.

Each pair of Angry Lane Leather Gloves is made in California from 1.4/1.6mm thick deerskin, they have a short rolled cuff, an elasticated closure, and palm, little finger, and thumb reinforcement in contrasting blue leather.

Sizing ranges from S through to XL, there’s a sizing chart on the Angry Lane website to ensure you get the right size first time, and the gloves retail for $95 USD apiece. 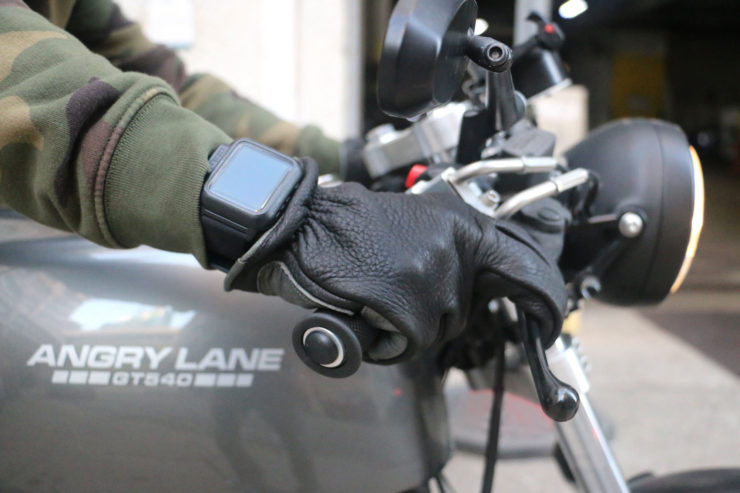 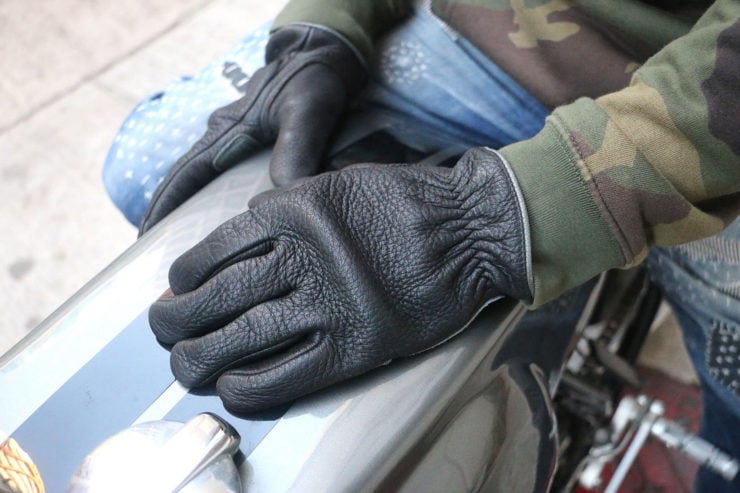 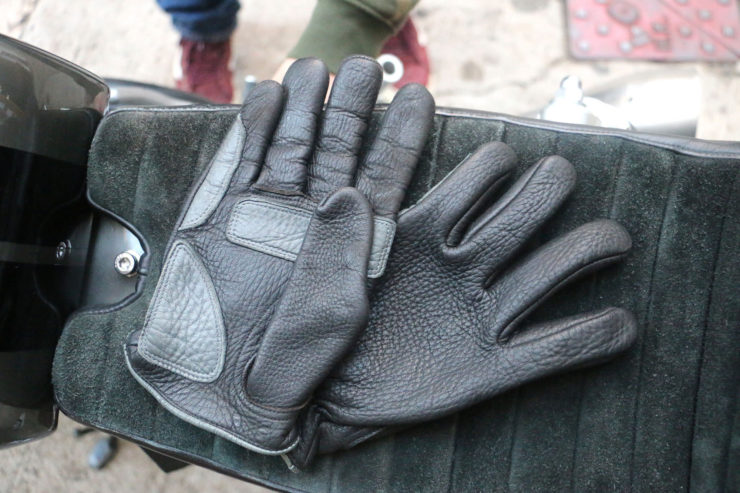