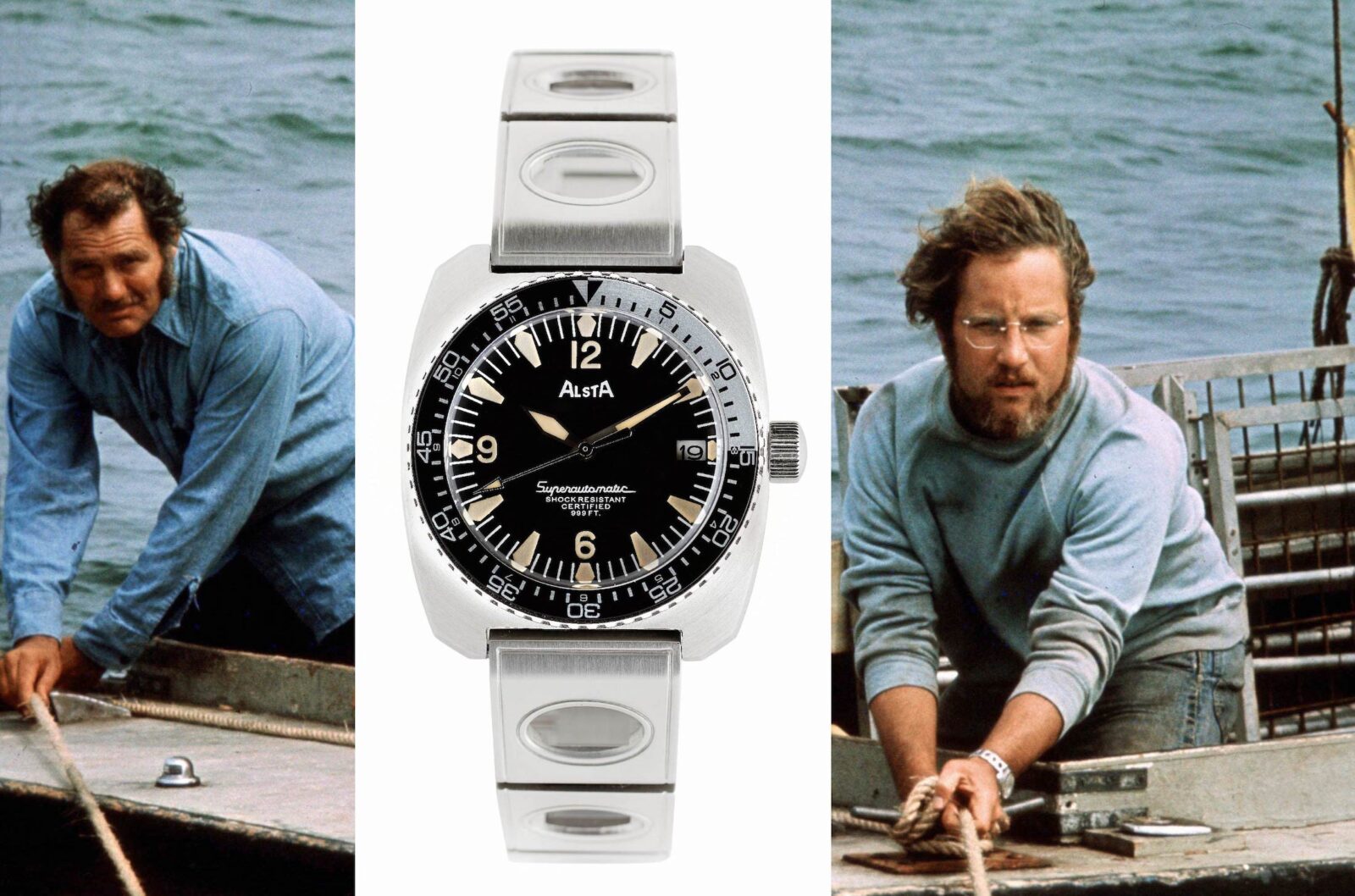 The Alsta Nautoscaph Superautomatic is by far the Swiss watch company’s most famous watch, largely because an example was worn prominently by Richard Dreyfuss as Matt Hooper in the film Jaws.

Watches being made famous by their inclusion in Hollywood films is nothing new of course, Arnold Schwarzenegger made the Seiko Hybrid diver’s watch a star when he wore it in the film Predator, and James Bond has made countless watches into instant cult classics over the years.

The watchmaker Alsta was killed off in the 1970s by the onslaught of cheap quartz watches, along with many other Swiss watchmakers. Although the 1970s would see the end of the company it also saw the company’s biggest publicity coup in the form of Dreyfuss’ wrist and Spielberg’s film about a fish with a bad temper and a taste for screaming sunscreen-marinated Americans.

Sadly the publicity from the film couldn’t save the company but many years later in 2014 Scottish actor Angus McFadyen did save it, by bringing it back and releasing modern versions of its most famous watches. Low-volume watchmakers have seen a surge in popularity in recent years as people seek out unusual watches with interesting stories and price tags in a more reasonable range.

The team at the newly resurrected Alsta has been very careful to stay loyal to the brand’s core identity – it was always known for making tough watches for professional divers, scientists, engineers, and the occasional fictional shark hunter.

The modern Alsta Nautoscaph Superautomatic isn’t an identical copy of the original, though you’d be hard pressed to know it, there are a few differences. The case size has been increased slightly from 38mm to 40mm and it has been manufactured and tested to be anti-magnetic to a field strength of 4,800 A/m (ISO 764 compliant) and shock-resistant to the ISO 1413 standard.

Each watch is made from 316L grade stainless steel – this is an alloy of iron, chromium, nickel, and molybdenum designed to be highly resistant to all forms of corrosion and pitting. The watch is topped with a domed sapphire crystal and the indices and hands painted with Super-LumiNova for excellent low-light visibility.

A unidirectional bezel is used for added dive time safety and the watch is water resistant to 300 meters or 999 ft / 29 ATM. It’s powered by the Seiko NH35A automatic movement with 24 jewels, a 41 hour power reserve, and 21,600 bph.

Just 1,975 examples of this watch are going to be made, a hat tip to the year the movie Jaws was released, you can get yourself one while they’re still in stock at Huckberry for $1,005 USD each. 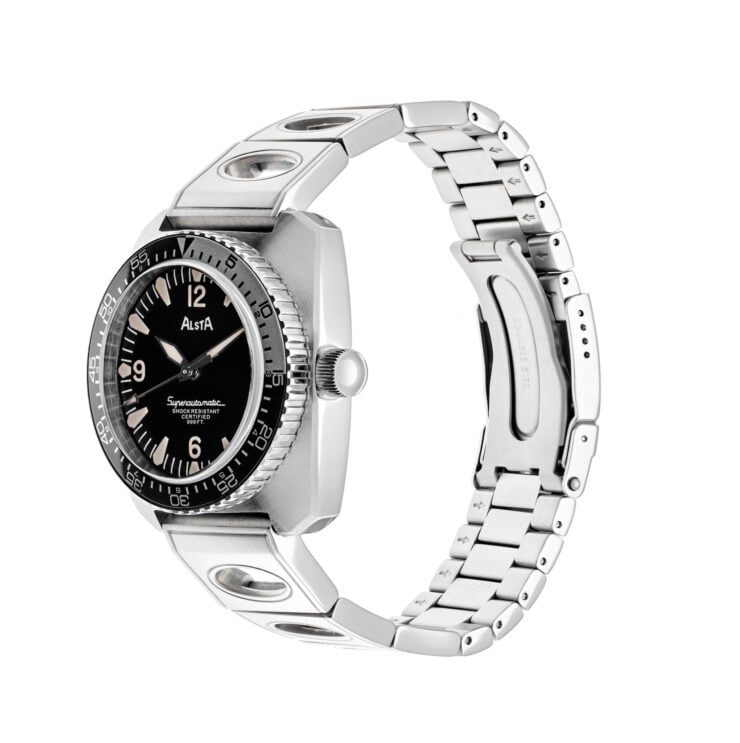 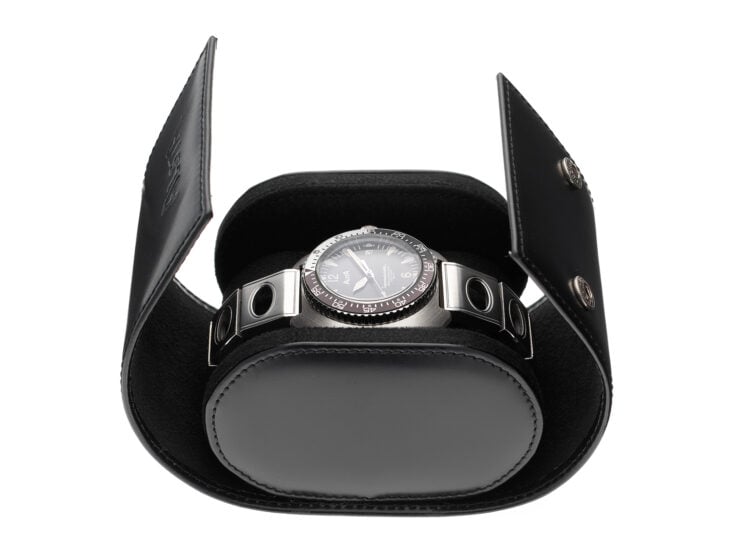 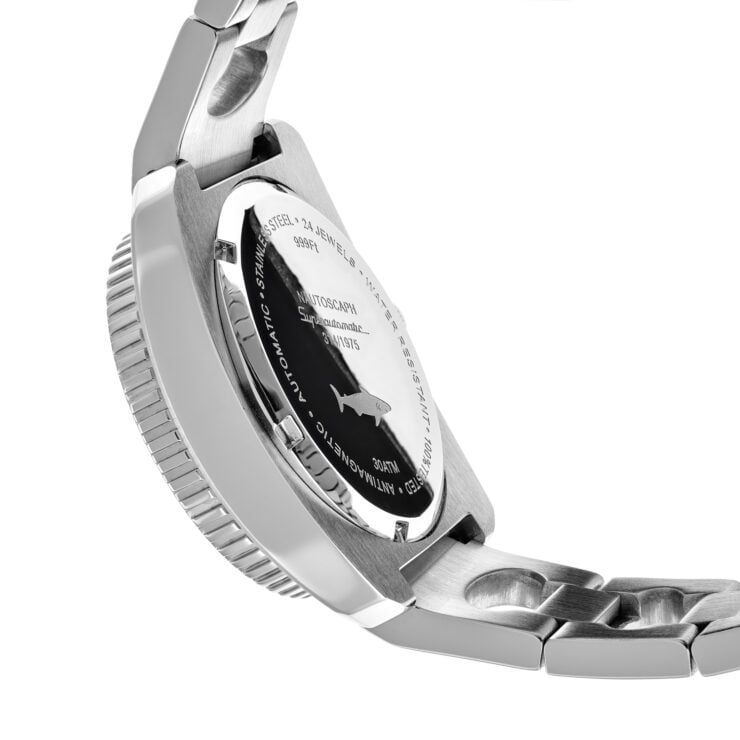 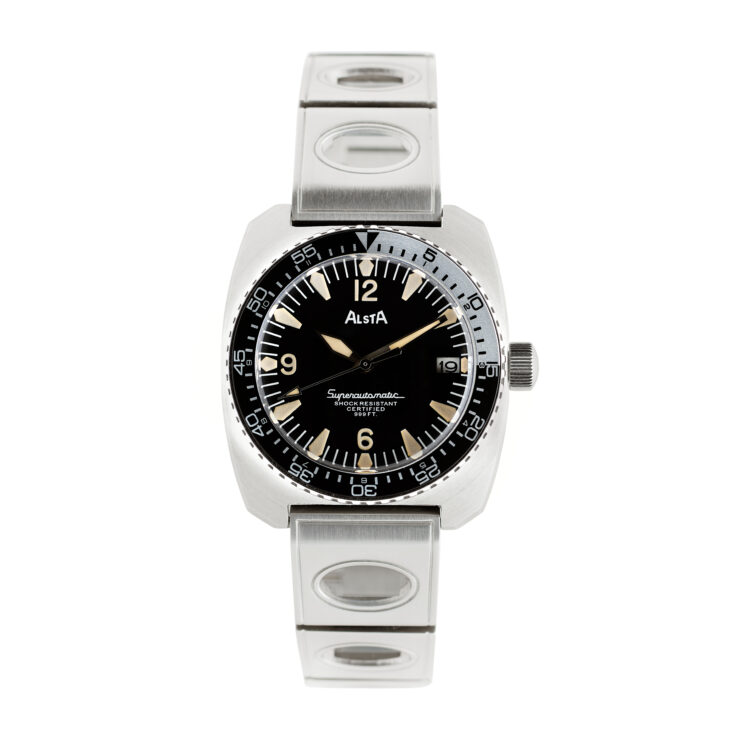