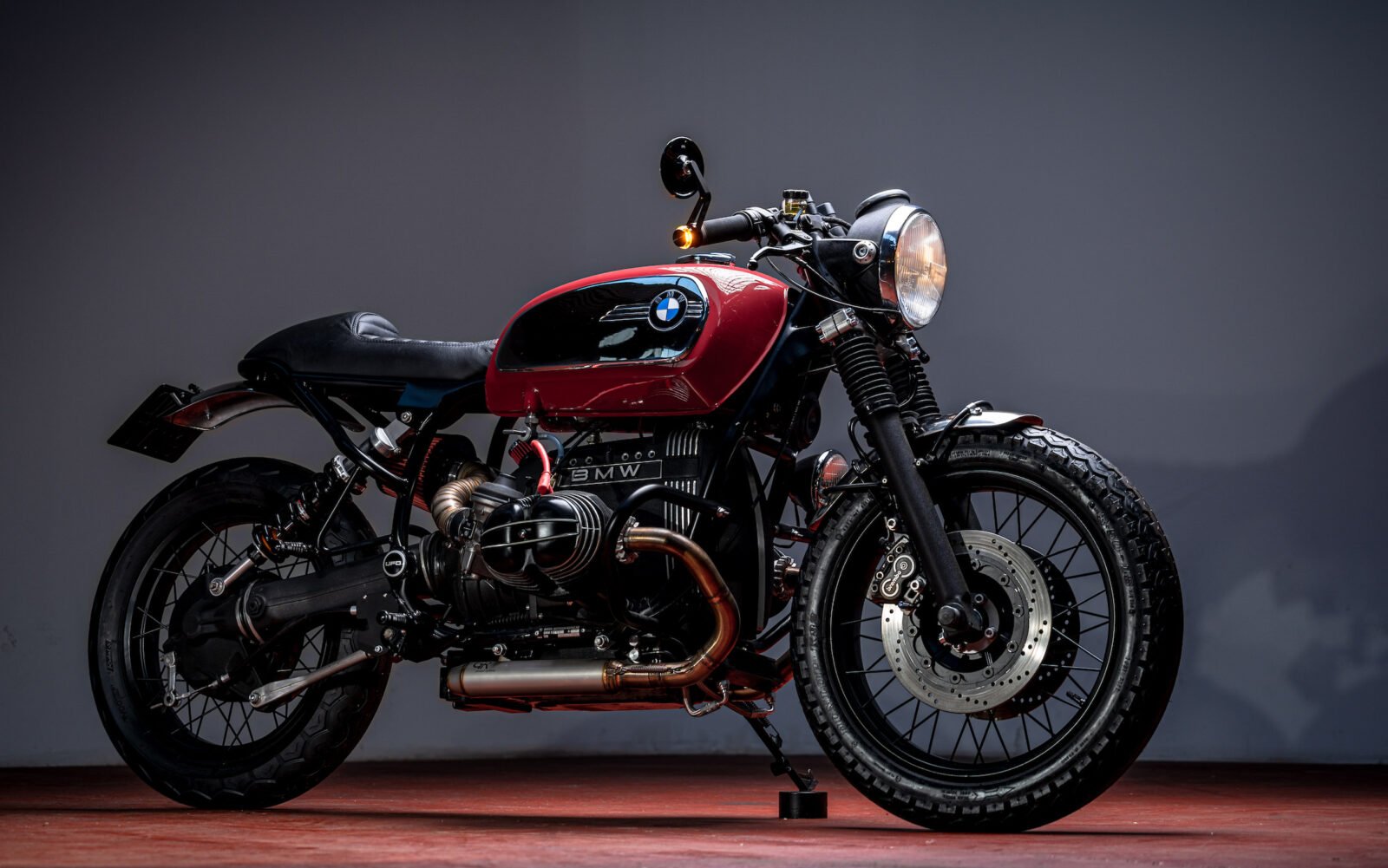 This BMW R100R cafe racer was built in Madrid by Efraon and Marcos, the two-man crew that makes up UFO Garage. Efraon is one of those people with an infectious enthusiasm for vintage machines, unlike many custom motorcycle garages UFO build both motorcycles and classic cars.

Efraon hosts regular dinners at UFO Garage, strictly on an invitation-only basis, bringing together some of Europe’s most influential people from the parallel worlds of vintage motorcycles and classic cars to enjoy good wine, fine food, and great conversation.

As one of the original co-founders of Cafe Racer Dreams, Efraon is no stranger to taking interesting vintage machines and giving them a second life. It was only a matter of time before he got his hands on a BMW R100R and set to work on it, it’s long been a personal favorite of his and he knew he could turn one into a daily rideable cafe racer.

BMW released the R100R in 1991 as what we would today call a retro bike, essentially a motorcycle designed to evoke the styling of years going by but incorporating some modern technology and everything you need to pass current emissions requirements.

In order to keep development costs low BMW engineers essentially raided the parts bin. They took the R100 engine and transmission, they used the fuel tank from the GS, they brought in suspension from Showa and front brakes from Brembo, and they rolled it all together into a large, comfortable touring bike designed for road use only – hence the second “R” in the model name.

BMW used their venerable 980cc boxer twin for the R100R, a relatively simple air-cooled motor with pushrods and two valves per cylinder producing 60 hp and 56 lb ft of torque. Power is fed to the rear wheel via a 5-speed transmission and a shaft drive that incorporates a single sided swing arm and monoshock. 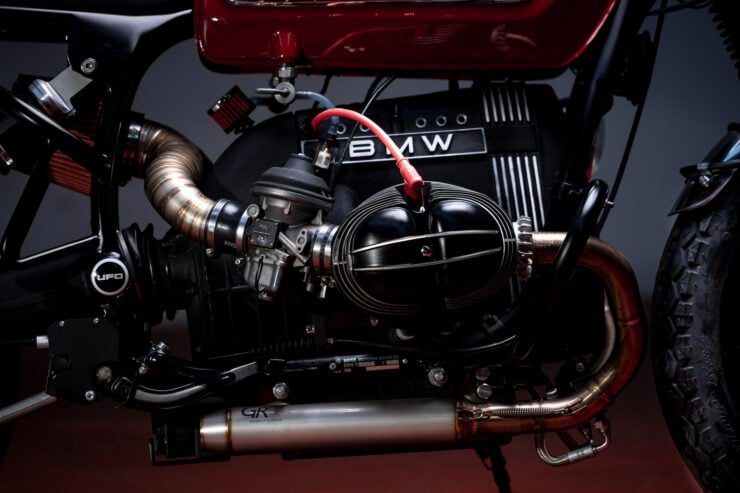 Above Image: The BMW R100R is powered by a traditional air-cooled 980cc horizontally-opposed twin.

BMW kept the R100R in production until 1996, it didn’t prove to be a huge success however the models have become a popular target for customization due to their bulletproof engines and the fact that they can be turned into everything from scramblers to cafe racers.

The build process with this bike began with a full teardown, the key to any successful cafe racer build is to reduce weight, increase power, and add classic parts like clip-on handlebars, and a single seat with a bump stop.

Efraon and Marcos do almost all their work in-house, on this build they only outsourced the intake and exhaust fabrication, though they did the design work themselves. The intake is one of the standout features of the build, it’s a meticulously welded one-into-two design that takes air in from under the seat and then feeds it into each of the 40mm Bing carburetors.

The exhausts each tuck in and run down along the side of the sump, it was fabricated by GR Sistemas de Escape and it uses slim, low profile mufflers. The carburetors were tuned to take advantage of the new freer flowing intake and exhaust, giving the engine more power and a more immediate throttle response. 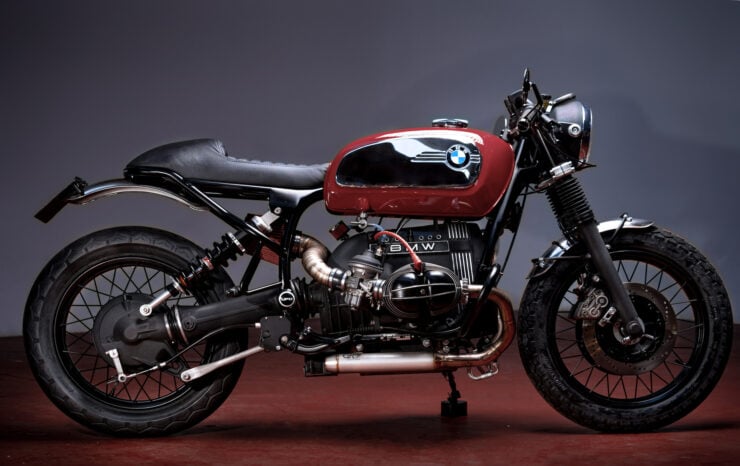 Above Image: The bike has classic cafe racer lines and it benefits from a vastly upgraded induction and exhaust system.

A pair of clip-on handlebars were added with bar end mirrors and indicators, and a new set of indicators and a brake light were fitted to the rear of the subframe. The original RF100R fuel tank, considered an eyesore by many, was removed and replaced with one of BMW’s most popular fuel tanks – the humble toaster tank.

New alloy front and rear fenders were fitted, the brakes were serviced, and the engine received all new gaskets and seals. The original Showa forks were kept in place as they do their job well, but the original monoshock was replaced with a new YSS monoshock offering full adjustability and allowing the owner to tune the bike to suit his preferences.

The completed bike has now been delivered to its owner in Madrid where it can regularly be seen making its way through the streets and alleys. 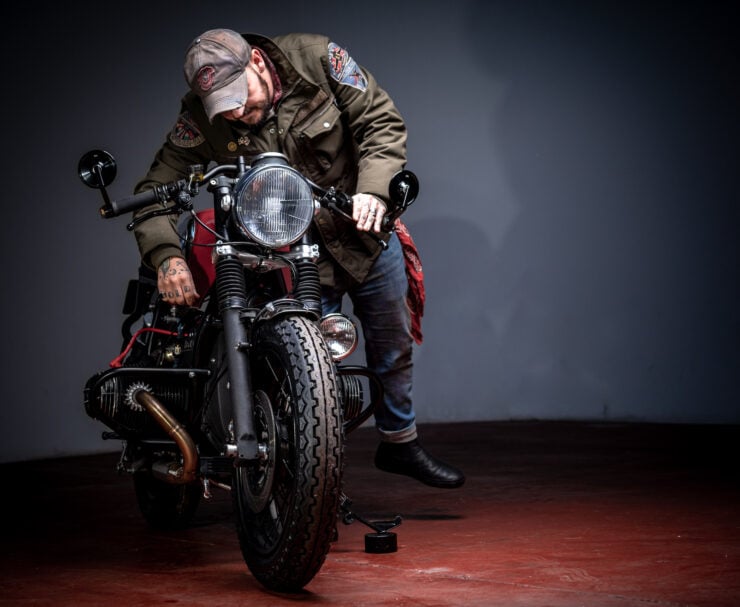 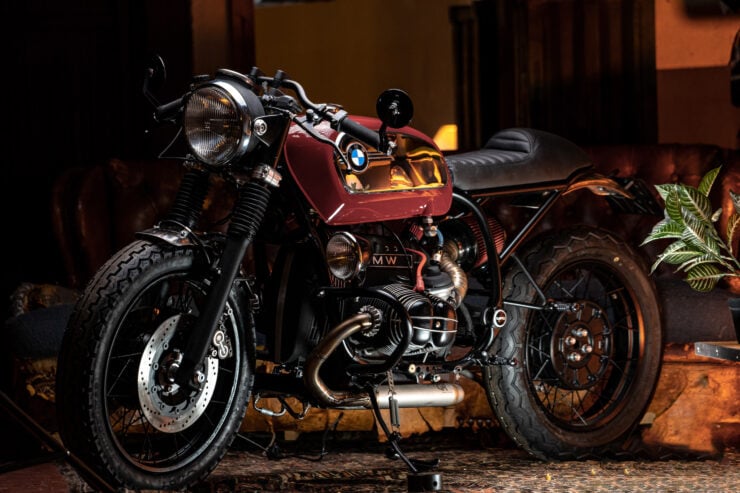 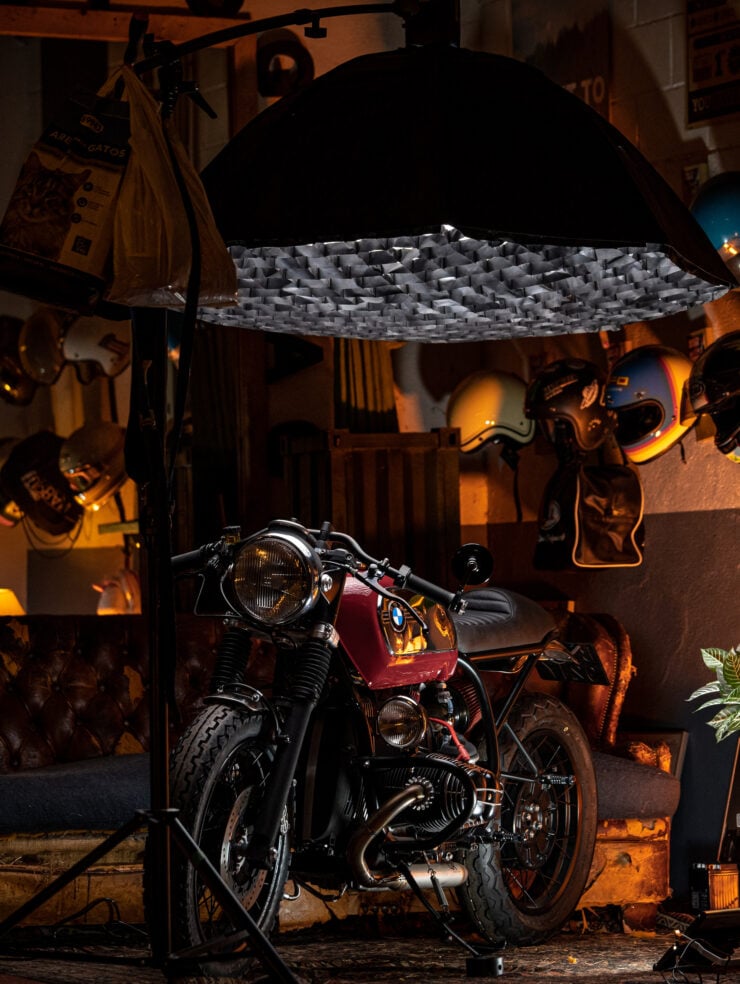 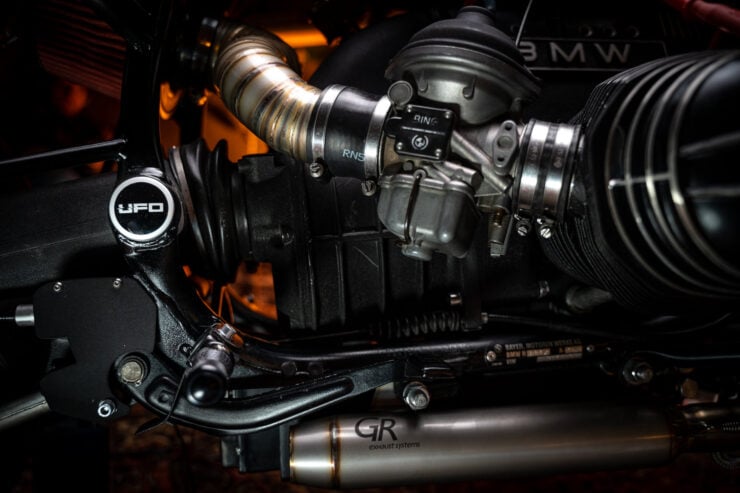 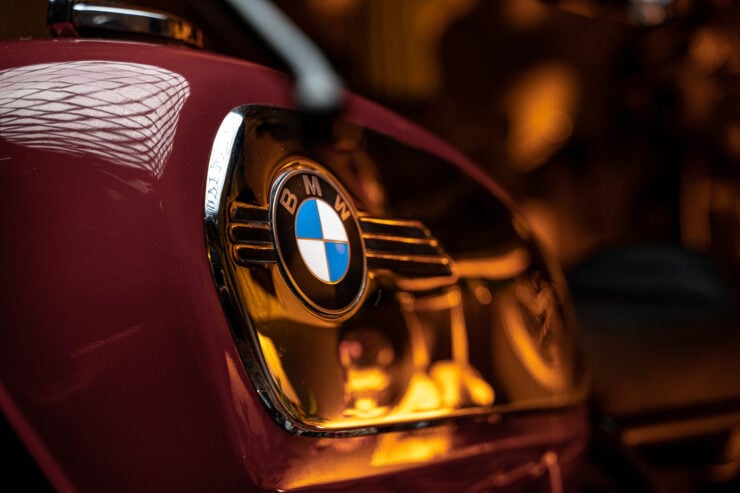 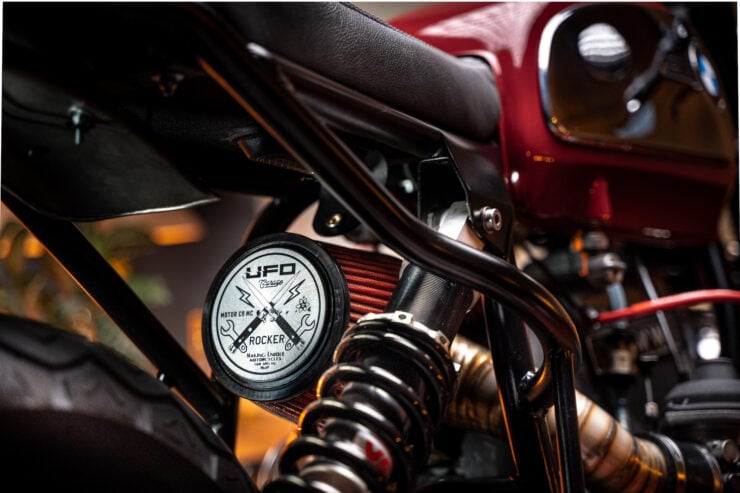 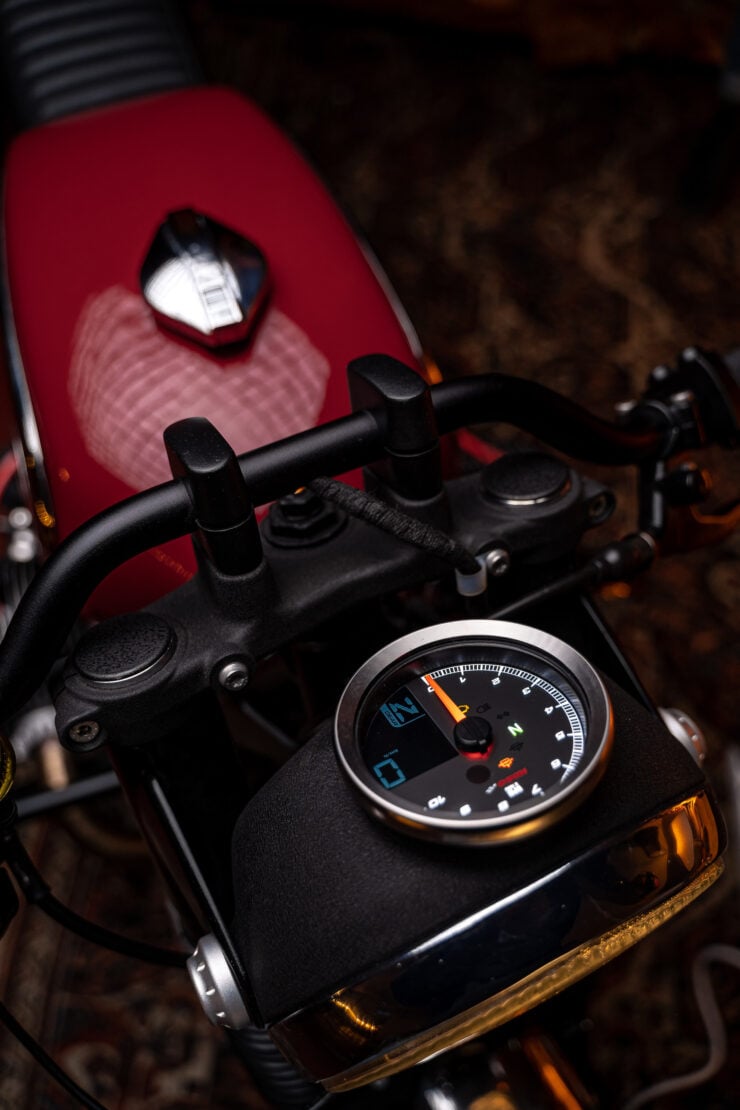 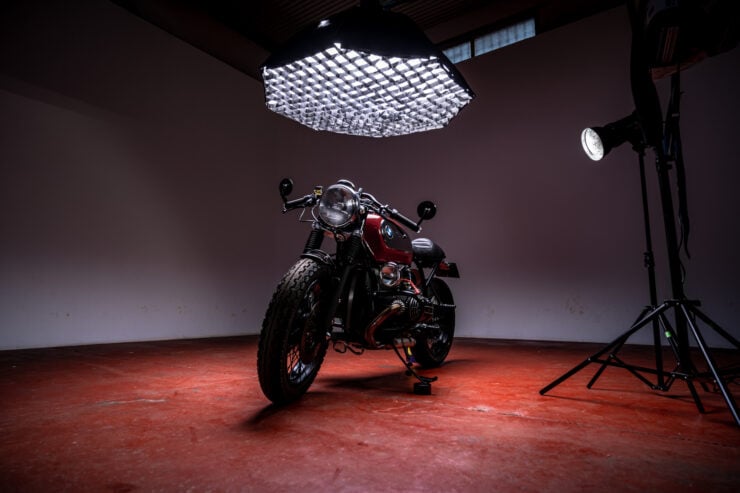 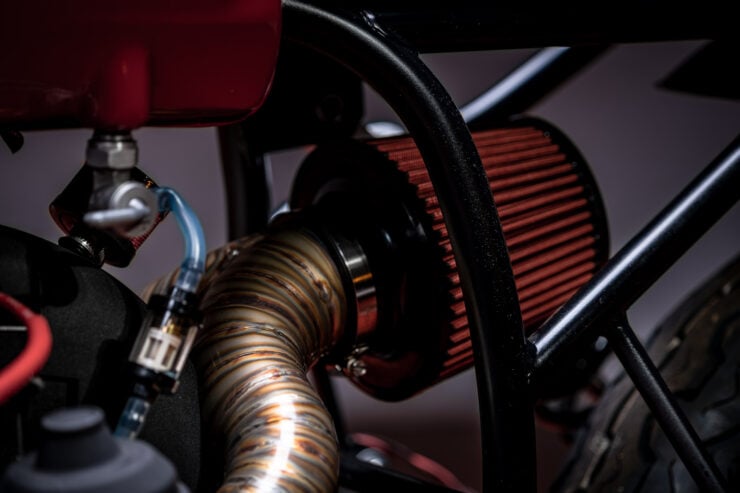 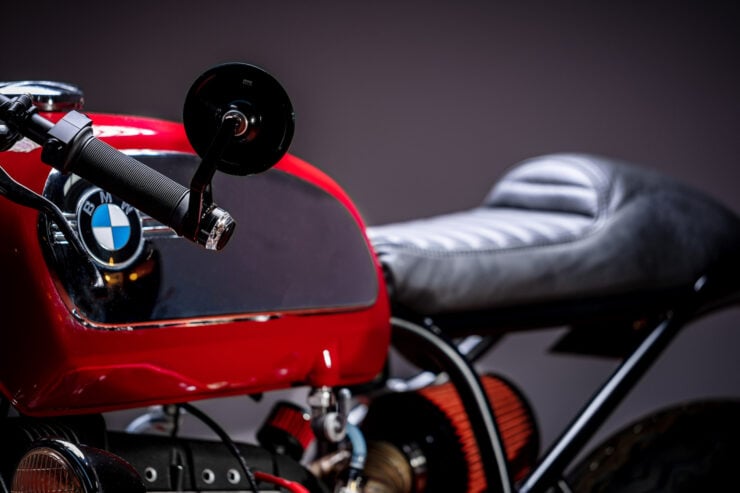 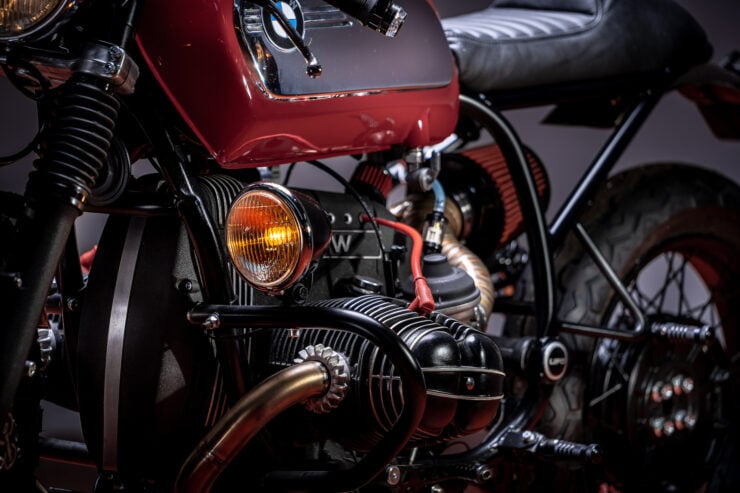 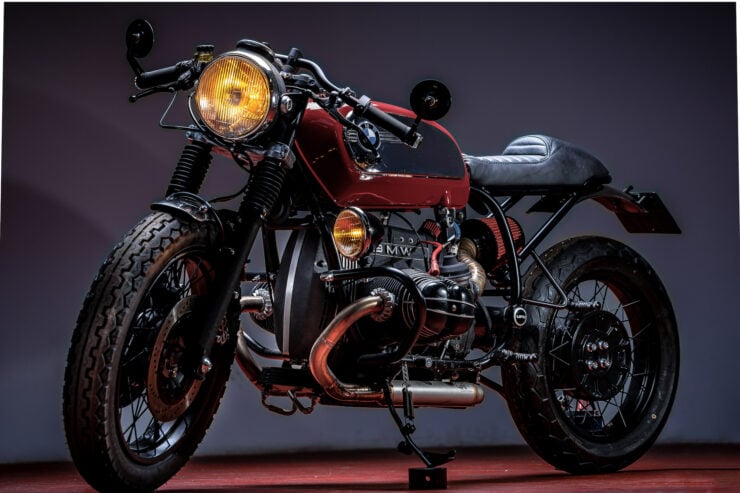 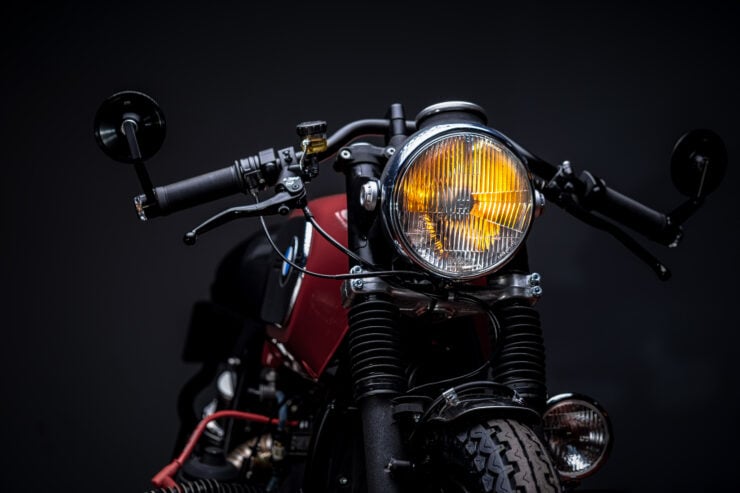 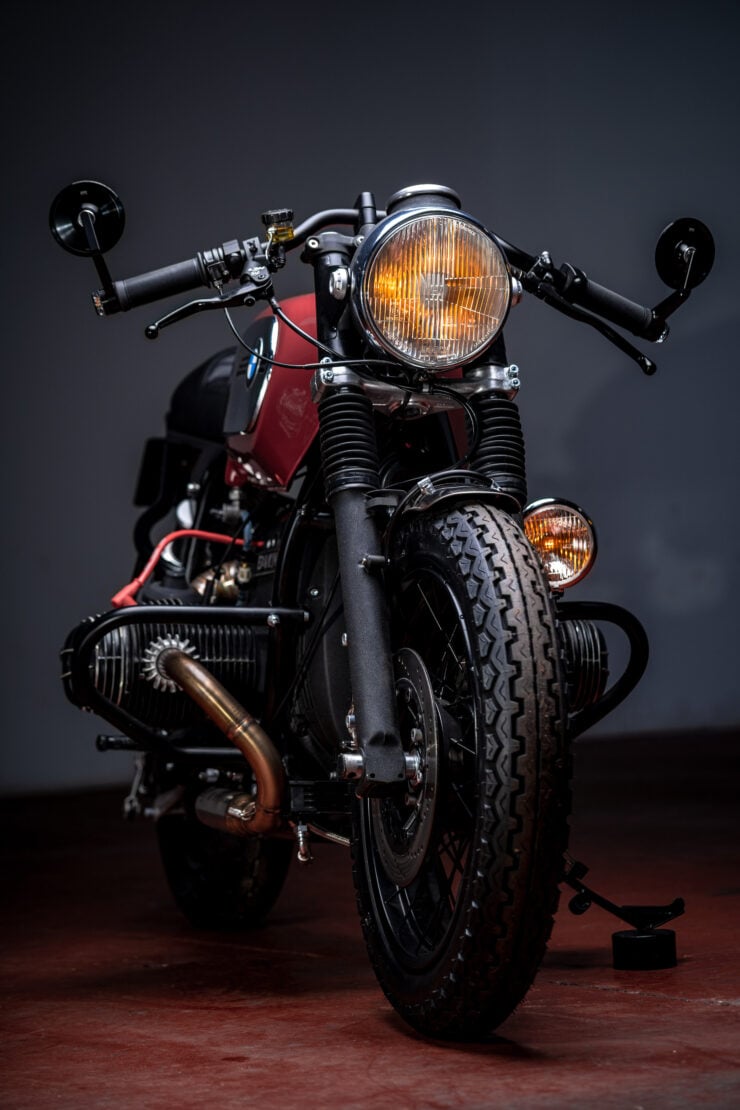