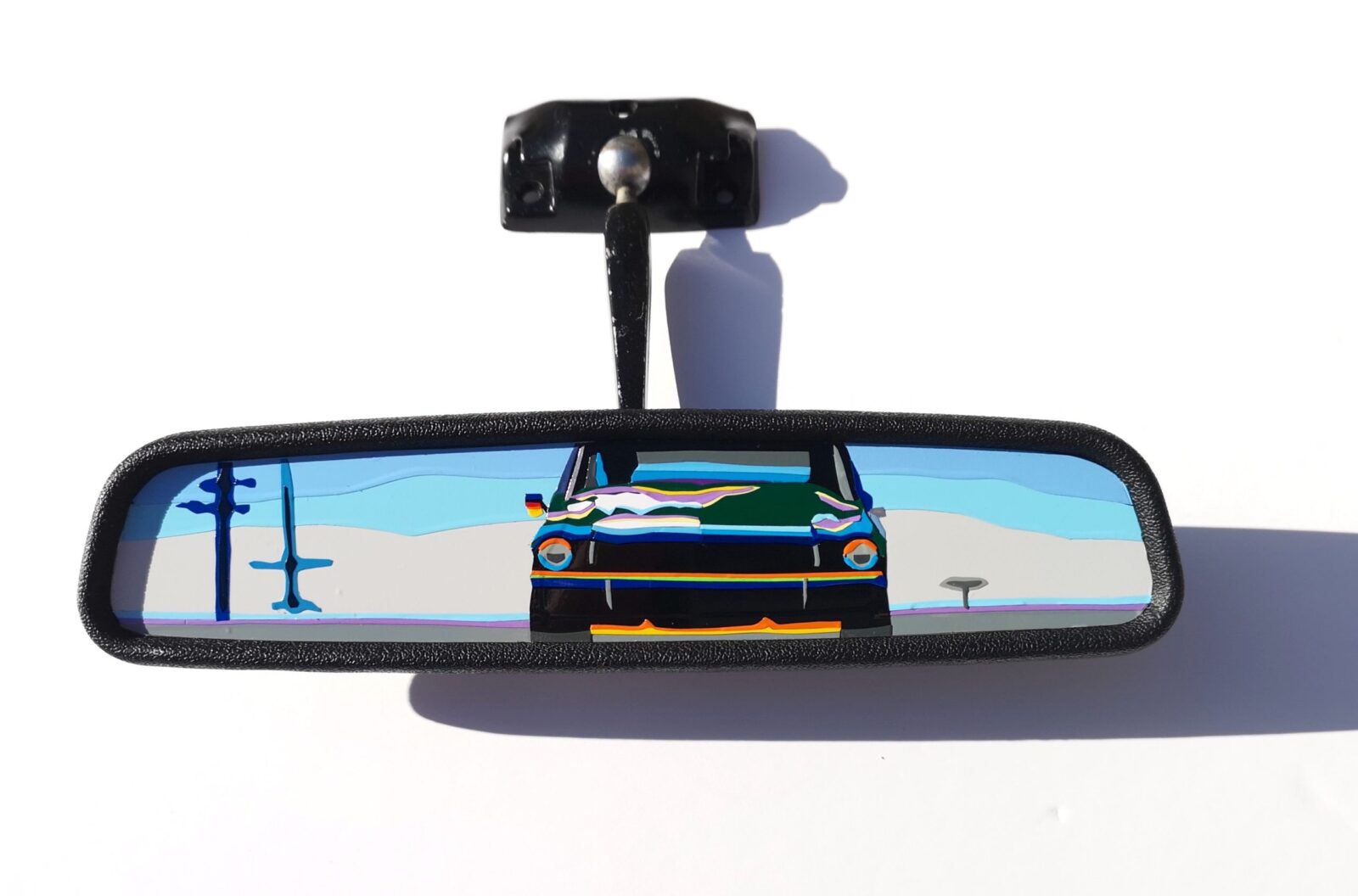 Anyone who’s see the classic Steve McQueen film Bullitt will immediately recognise the 1968 Dodge Charger mirror shown above, it contains an image of the Highland Green 1968 Mustang driven by McQueen during the film’s famous chase scene.

This series of rear vision mirrors was created by artist Joel Clark using hand-cut vinyl to create the effect. Clark began his career as a vinyl sticker maker for race teams at Silverstone. He then went to art college followed by 15 years of professional work with some of the worlds top advertising agencies.

“When cars speed past us on the race track it’s not their engines or drivers that we really see; it’s the oranges, blues, whites, reds in shapes and patterns. It’s their colours.” – Joel Clark 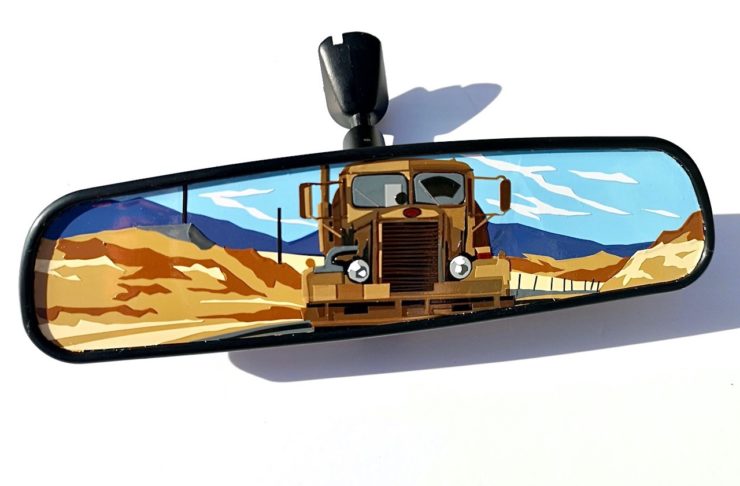 The two mirrors we’re showing here are from the movies Bullitt and Duel, the latter is a 1971 action thriller that made the Peterbilt 281 truck terrifying to a generation of film goers. The Bullitt mirror is made from an authentic 1968 Dodge Charger mirror, just like the car in Bullitt.

Joel makes these to order, if you’d like to enquire about buying one or commission your own design you can click here to visit his official website. He also makes a wide variety of other vinyl-based art including prints, car doors and more. 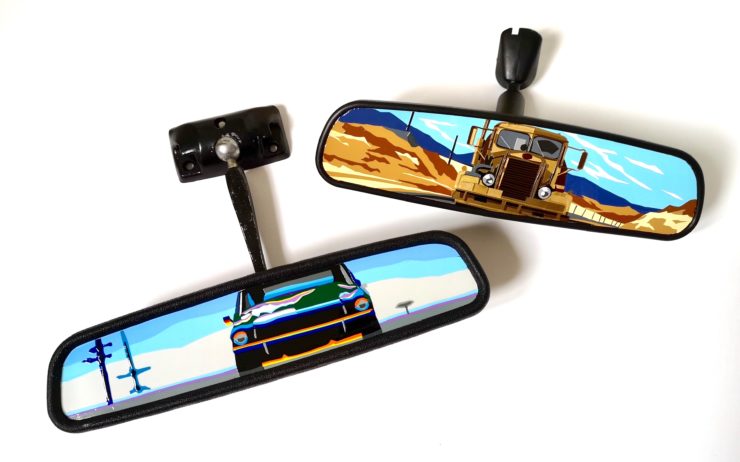 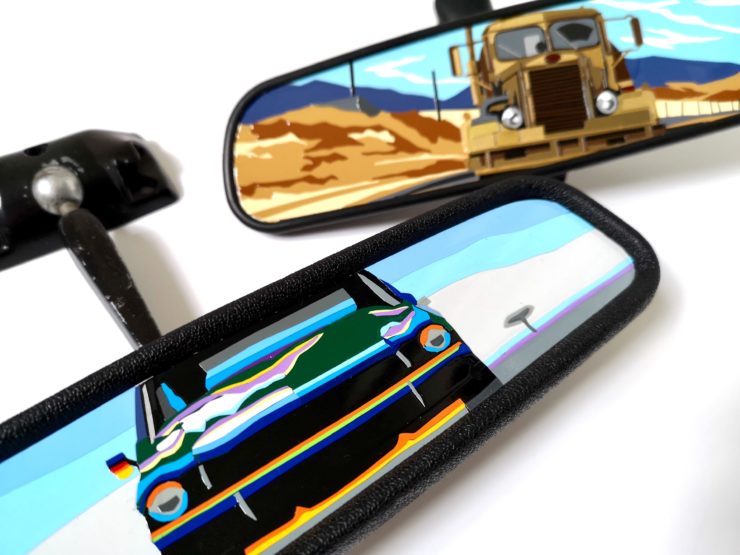