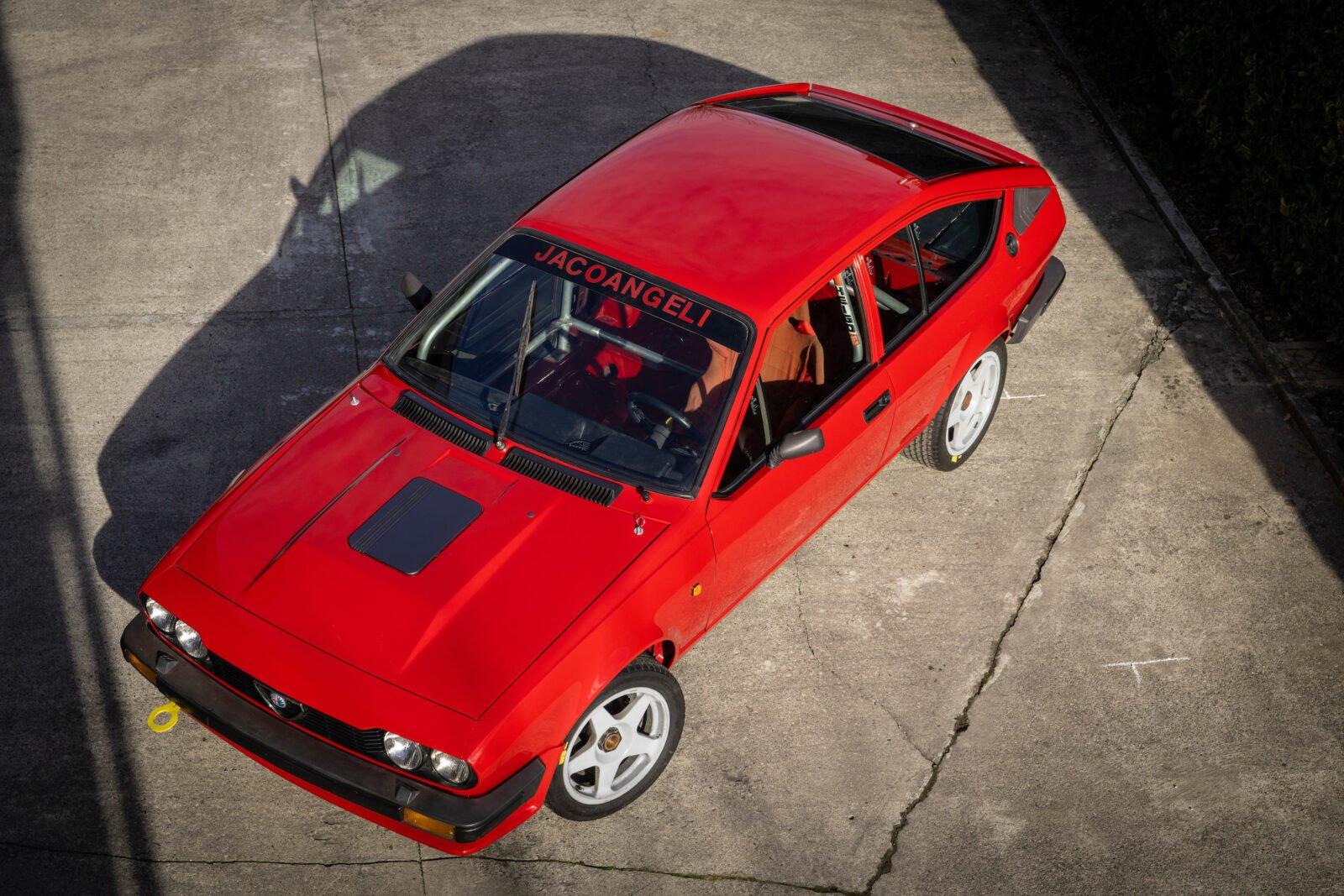 When Alfa Romeo first introduced the Alfa Romeo Alfetta GT family in 1974 they based it on the standard four-door Alfetta. Whereas some sports cars that share a platform with a saloon car can be a disappointment, the Alfetta GT (later named the Alfa Romeo GTV) was a runaway success.

The Alfetta GT was penned by the great Giorgetto Giugiaro at Italdesign, he was no stranger to designing Alfa Romeos of course, and his design for the GT would stay in production with minor updates from 1974 until 1987.

Generally speaking the two most desirable iterations of the Alfetta GT are the Turbodelta and the GTV6 variants.

The Turbodelta was a special run of 400 turbocharged cars that were built to homologate the model for FIA Group 4 competition – interestingly these would also be the first Italian production car with a turbocharger. 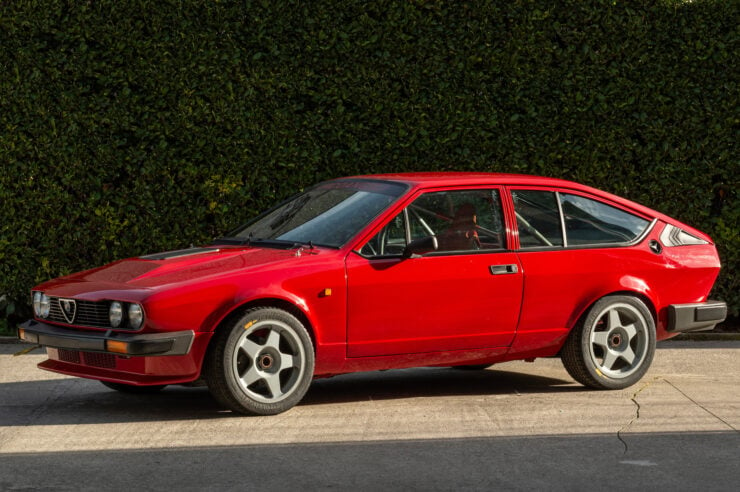 Above Image: The Giorgetto Giugiaro styling of the car has won it many fans over the years, and they’ve been slowly gaining in popularity more recently.

The GTV6 was a version of the GT fitted with the V6 engine that had originally been used in the Alfa Romeo Alfa 6 luxury sedan. Originally the car used the 2.5 litre version of this engine, a SOHC 60º V6 with 12 valves (two per cylinder) that had been designed by Giuseppe Busso.

Whereas the original carburetor-fed V6 had perhaps struggled a little powering the much heavier Alfa Romeo Alfa 6, it thrived in the GTV6 – in part thanks to the addition of Bosch L-Jetronic fuel injection which vastly improved starting, emissions, and overall performance.

The Alfa Romeo GTV6 was released in 1980, it proved popular with the buying public over the course of its production run, possibly in part due to its remarkable successes on the race track.

From a motorsport perspective the GTV6 proved itself to be a thoroughbred, and this was largely due to the work done on the car by the team at Autodelta. Autodelta is Alfa Romeo’s competition department, much like AMG is to Mercedes or M is to BMW. 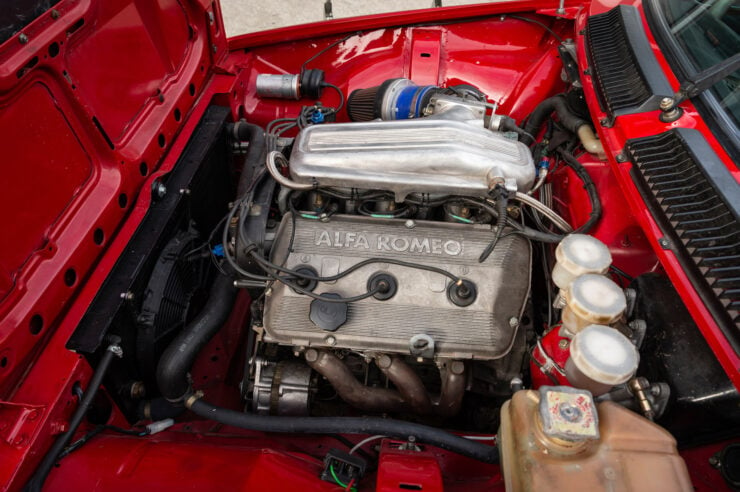 Above Image: The 2.5 litre Alfa Romeo V6 was reworked by Autodelta for racing, turning it into both a multi-championship winning car.

The engineers at Autodelta considerably modified the GTV6 for racing, different versions were created for rally or tarmac events as you would expect, and oftentimes proved too much for the competition.

This car is a 1984 Alfa Romeo GTV6 2.5 Autodelta, it’s an original survivor that was raced extensively in-period by Italian racing driver Maurizio Iacoangeli in Group A rallying between the years of 1984 and 1986.

Iacoangeli was no stranger to racing Alfas, he competed in them from 1971 until 1990. In the car you see here he took a trio of second in class finishes at the 1984 Coppa Bruno Carotti, the 1985 XVIII Cronoscalata Cefalu – Gilbimanna, and the 1986 Cesana Sestrieres.

The car has been exceptionally well-cared for over its life as is evidenced by the images of the undercarriage, and it now presents as an ideal candidate for vintage motorsport competition.

IIf you’d like to read more about this car or register to bid you can click here to visit the listing on RM Sotheby’s. It’s due to roll across the auction block in February. 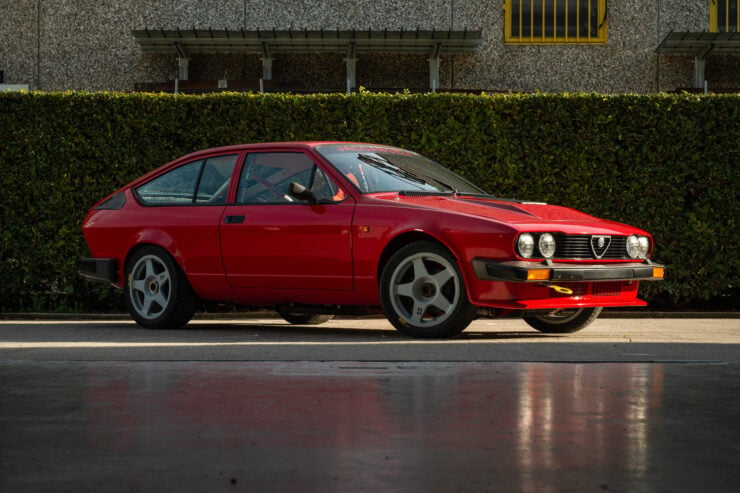 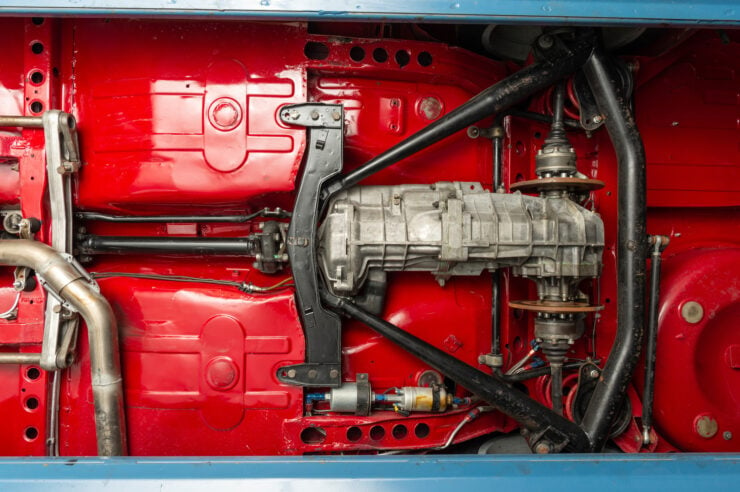 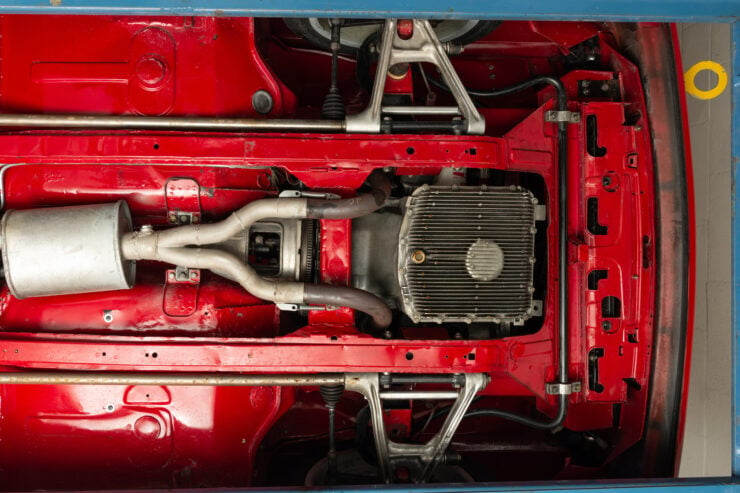 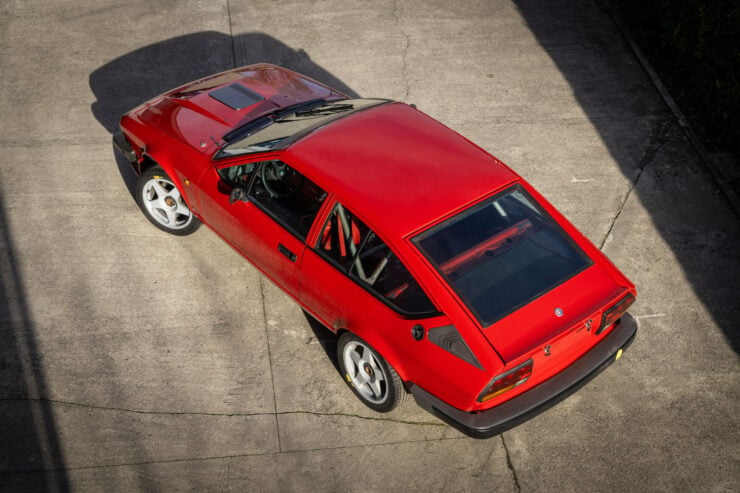 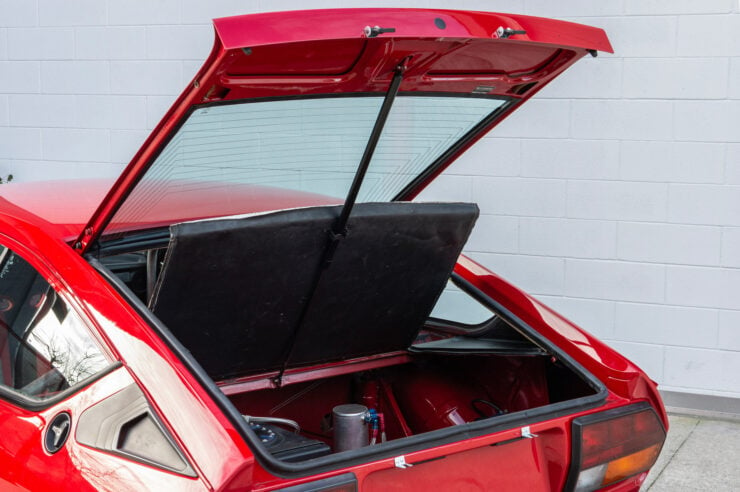 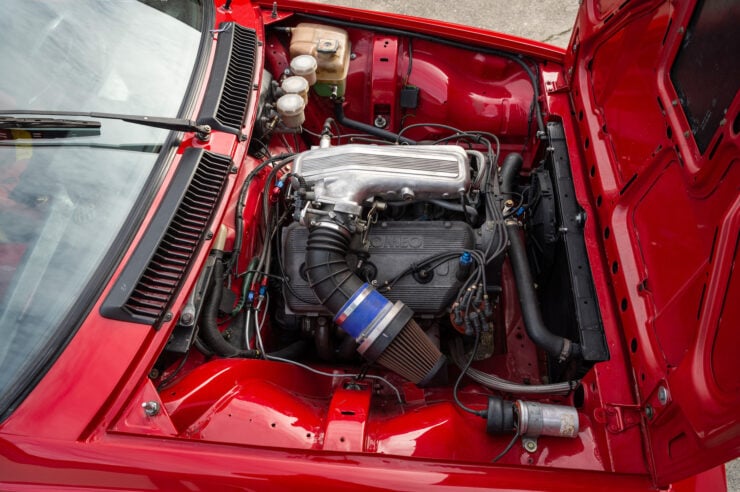 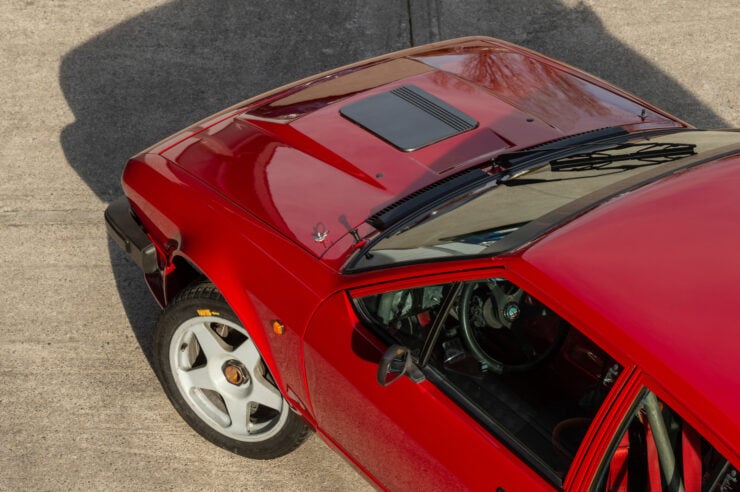 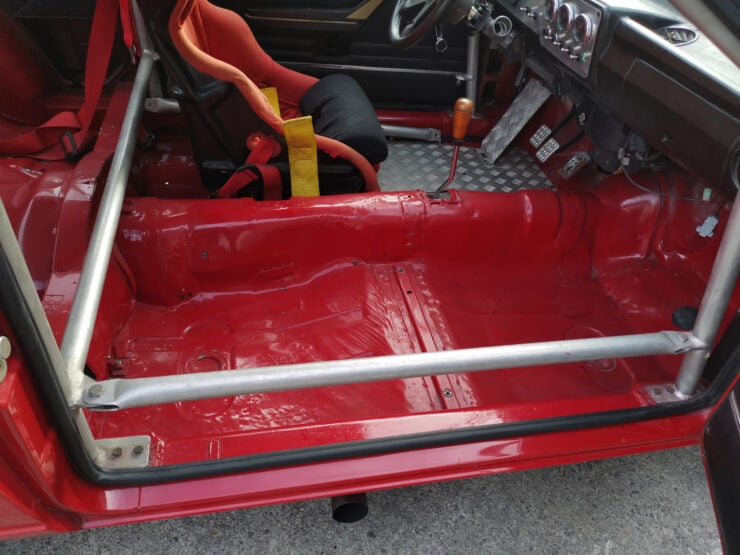 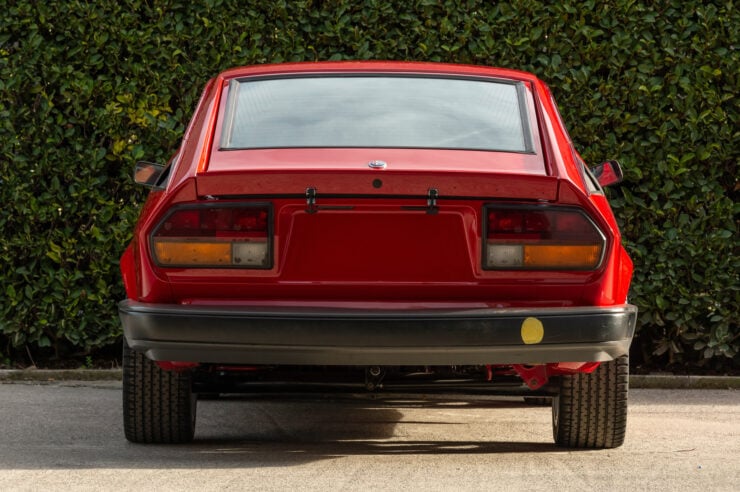 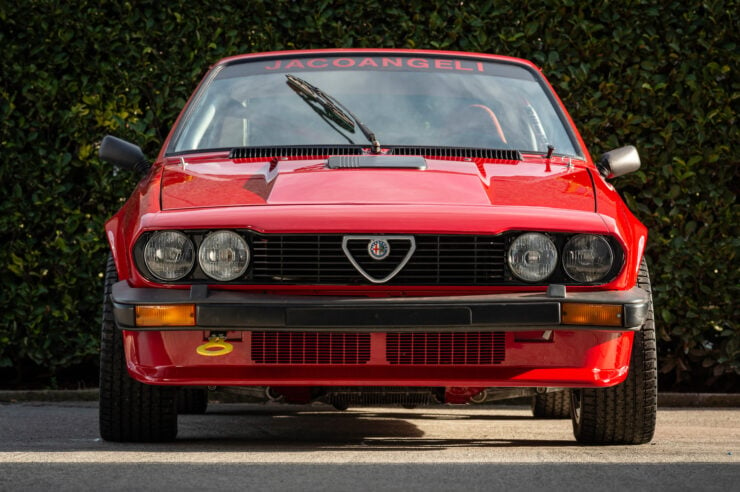 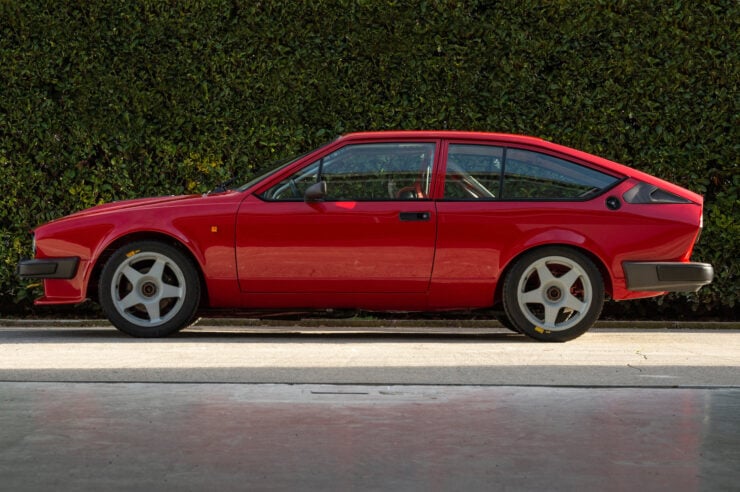 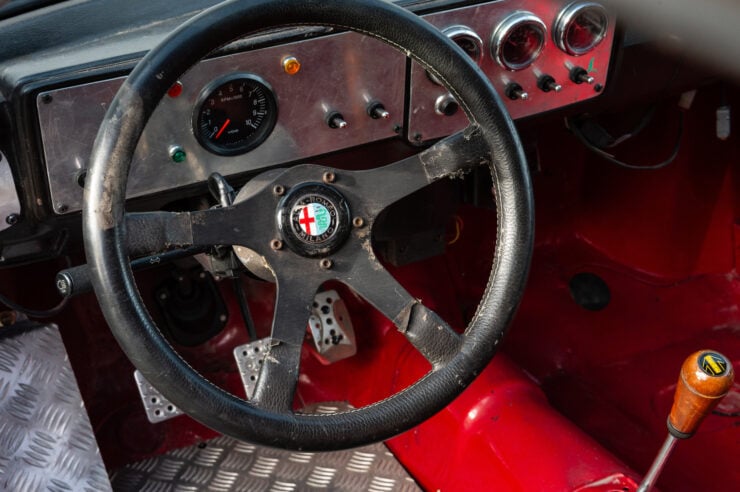