This aircraft window coffee table is made by the team at Aircraft Windows led by Benjamin Petersen, and as you may have guessed from the company name, products like this are the core of their business.

Rather than cutting up aircraft fuselages in aerospace boneyards around the country each one of these coffee tables starts life as a sheet of aluminum alloy which is then curved, laser cut, and riveted to look like a fuselage section from a mid-century passenger aircraft.

The final coffee table is made of of three layers, there’s an upcycled pallet wood layer followed by the fuselage layer, topped off with a 6mm thick glass top with space in-between each. Both the wood and the glass layer are designed to hold things like magazines, books, coffee cups or whatever else you may want to put there and the aluminum layer is there for looks. 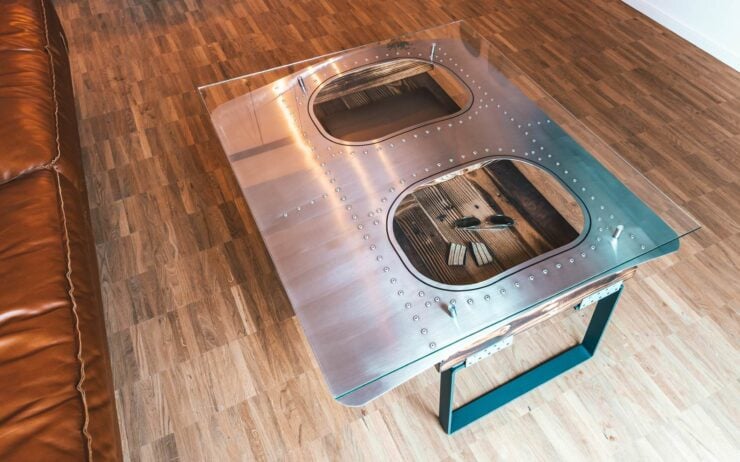 The company also makes a variety of other similarly styled pieces including wall mounted bar shelves, key hooks, coat hooks, and a smaller version of this table with just the one window. The coffee table you see here retails for $1,447.52 USD and they’re currently listed as being in stock. 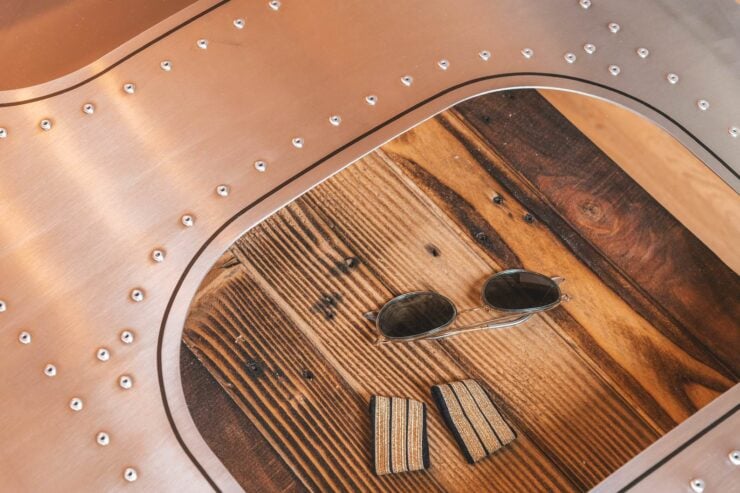 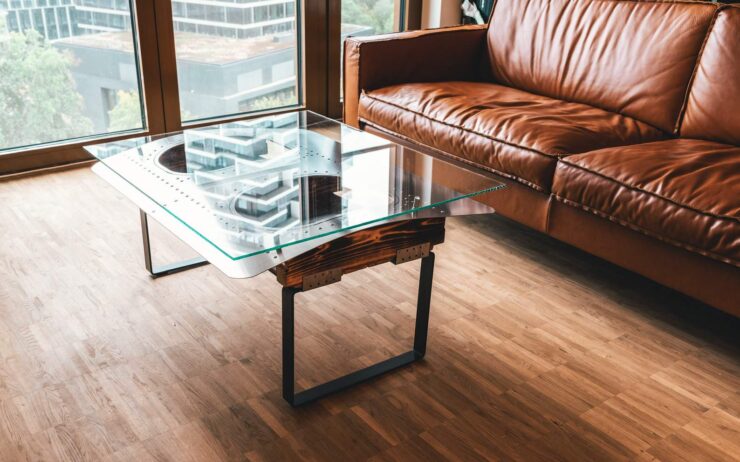