Editor’s Note: The claims made by the seller of this Triumph are in dispute, we’ve received numerous reports since this story was first published. As always, please do full due diligence before bidding or buying.

This is an original 1968 Triumph T120R 750 factory TT racer that was formerly owned by Gene Romero. It’s listed as a former factory team race bike but unlike many of its siblings it’s now street legal – having been carefully converted with the addition of things like a headlight, license plate, brake light etc.

The bike is currently being offered for sale by the New England Motorcycle Museum to raise money to get their slate roof replaced, a job that’s going to cost them in excess of $100,000 USD. The roof is currently breached and leaking so it’s a matter of some urgency that has been made all the more difficult by the pandemic.

This Triumph is one of Ken Kaplan’s favorites, he’s the museum owner and a well-known vintage motorcycle collector. One of the reasons this bike is so special is because it was owned by Gene Romero, an American motorcycle racing legend.

This Triumph benefits from the fitment of a 750cc big bore kit, increasing the capacity over the original engine’s 650cc. This same model of Triumph engine, the 650cc OHV parallel twin was built in a variety of configurations and it powered a interesting array of motorcycles including both circuit racers and desert sleds like the TR6C ridden by the likes of Steve McQueen.

This Triumph has a few bolt on modifications designed to get the rubber stamp from the folks over at the DMV. As mentioned above it now has the headlight, tail light, and license plate, as well as the addition of a front and rear disc brakes to help bring it to a stop.

Above Video: See the bike being ridden and hear more about its history in this short film by the museum.

As with many of the race bikes of the era, this T120R is fitted with spoked wheels with shouldered alloy rims. It’s currently fitted with tires that feature that famous flat track-style tire tread, and as you would expect both exhausts are swept around to the bike’s right hand side to keep them out of the way when sliding around corners.

Gene Romero was one of the most talented motorcycle racers of his generation, excelling both on the dirt and on the asphalt. His career highlights including becoming the youngest person to ever win the AMA Grand National Championship in 1970, he won the Daytona 200 in 1972 and in 1974 he won the prestigious Ontario 200 competing against some of the greatest motorcycle racers of all time, including Giacomo Agostini, Barry Sheene, and Kenny Roberts.

Romero had famously forged his birth certificate in 1964 to race professionally at Ascot Park riding a Triumph Tiger Cub. His AMA Grand National  career would span the years of 1966 to 1981, once he stopped racing himself he took over the management of the Honda factory dirt track team from 1984 to 1987 – guiding them to four consecutive Grand National Championship wins.

It’s currently listed on eBay with a Buy It Now of $26,500 USD and you can click here if you’d like to read more about it or register to bid. 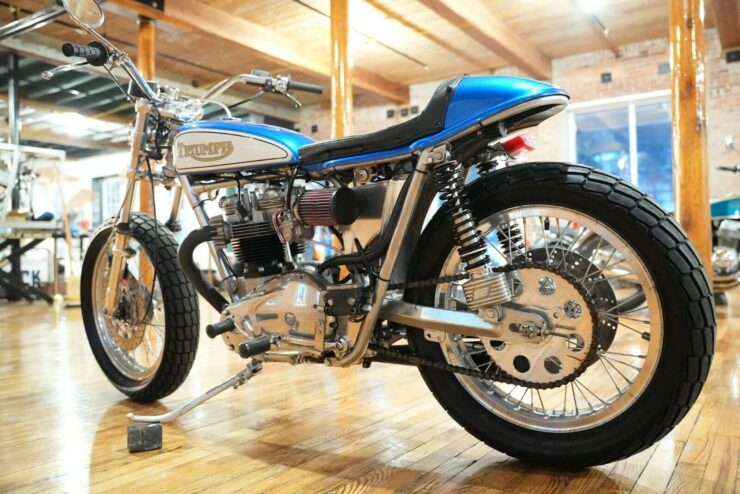 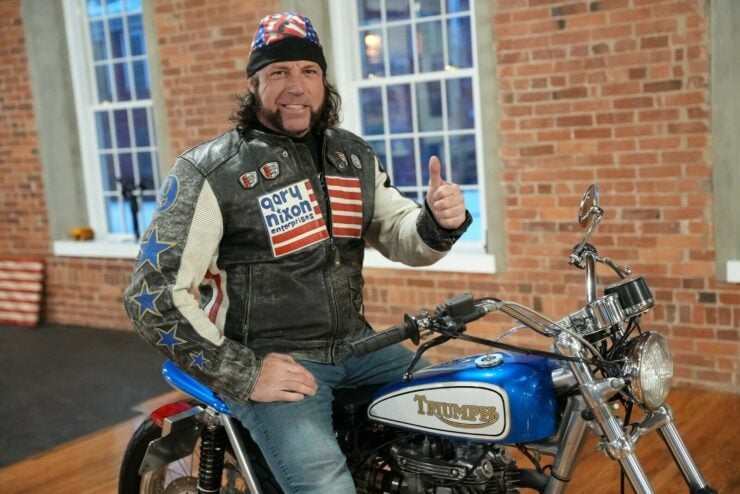 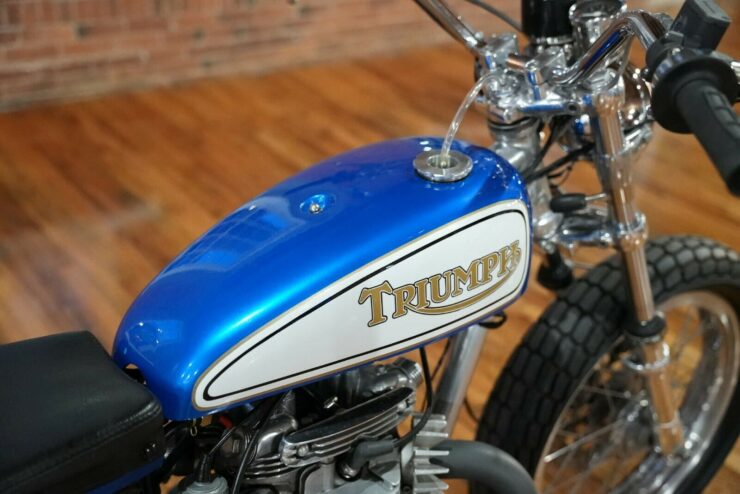 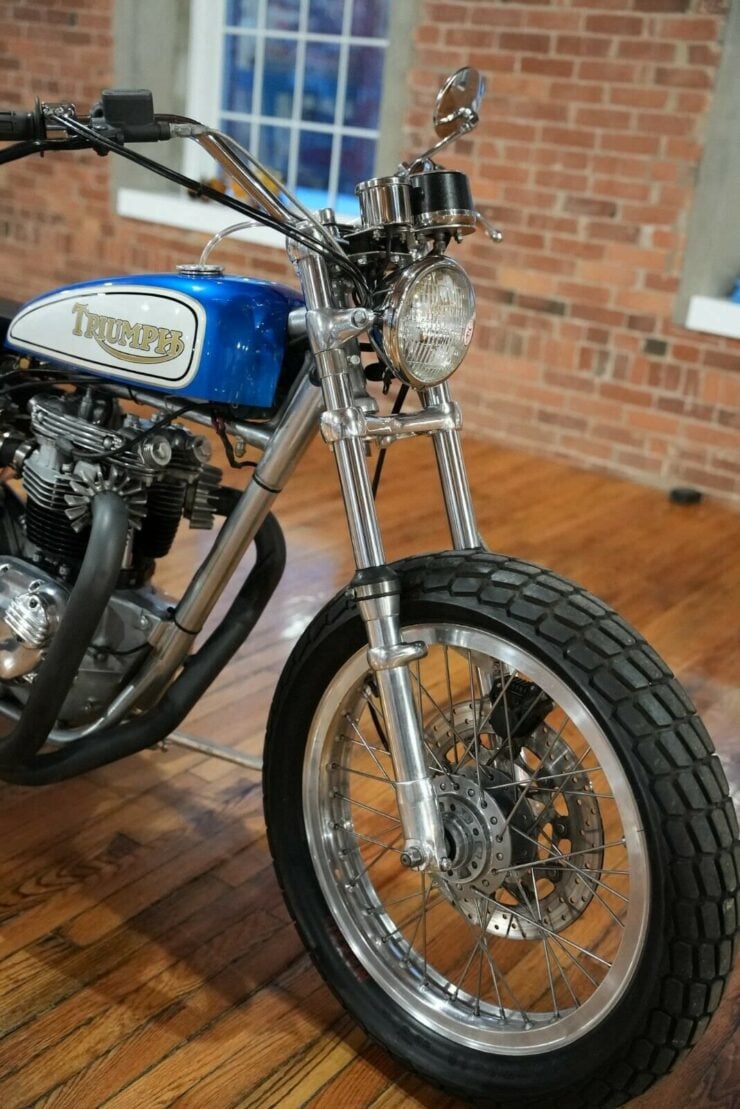 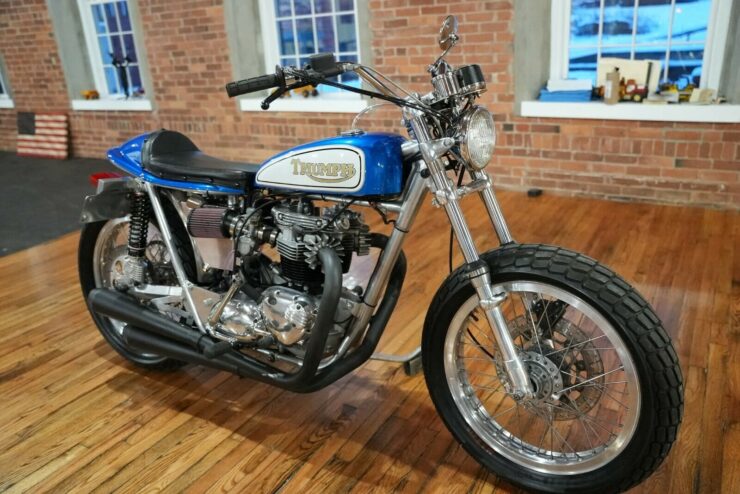 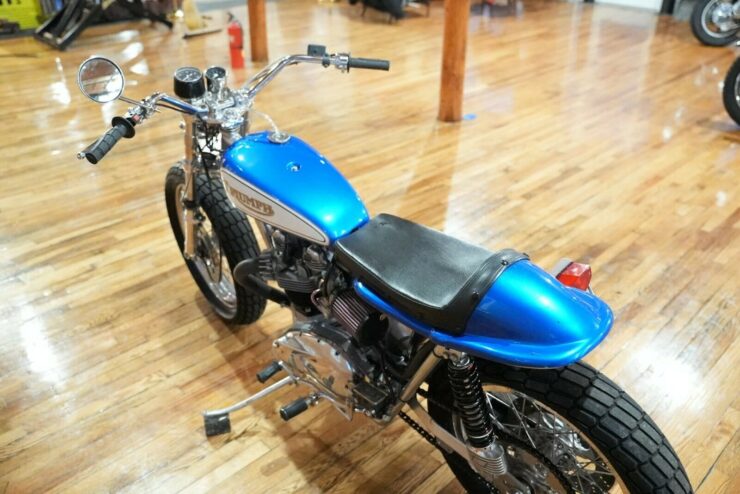 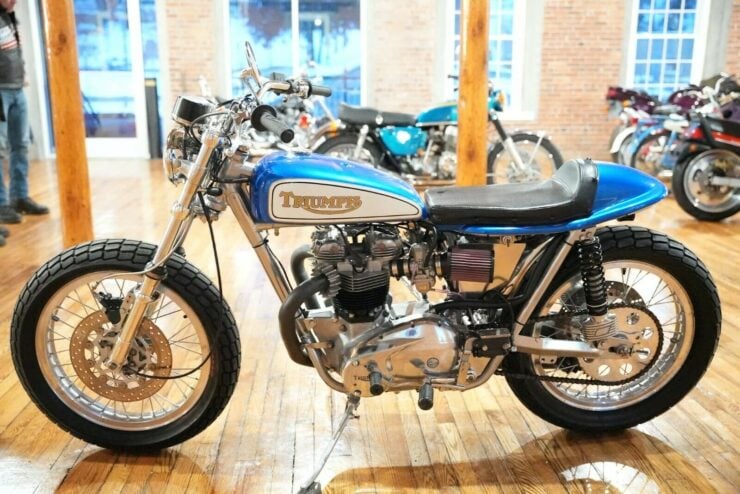 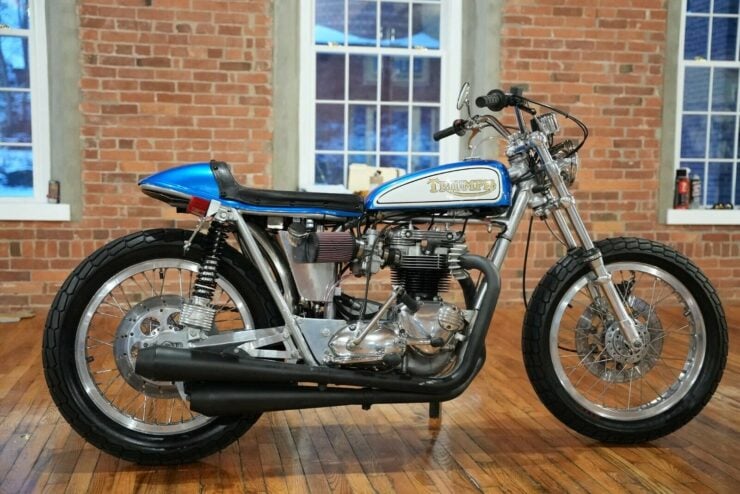 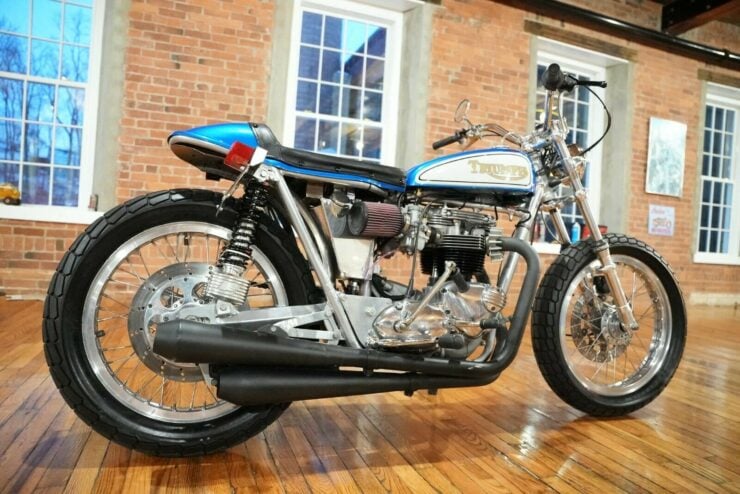