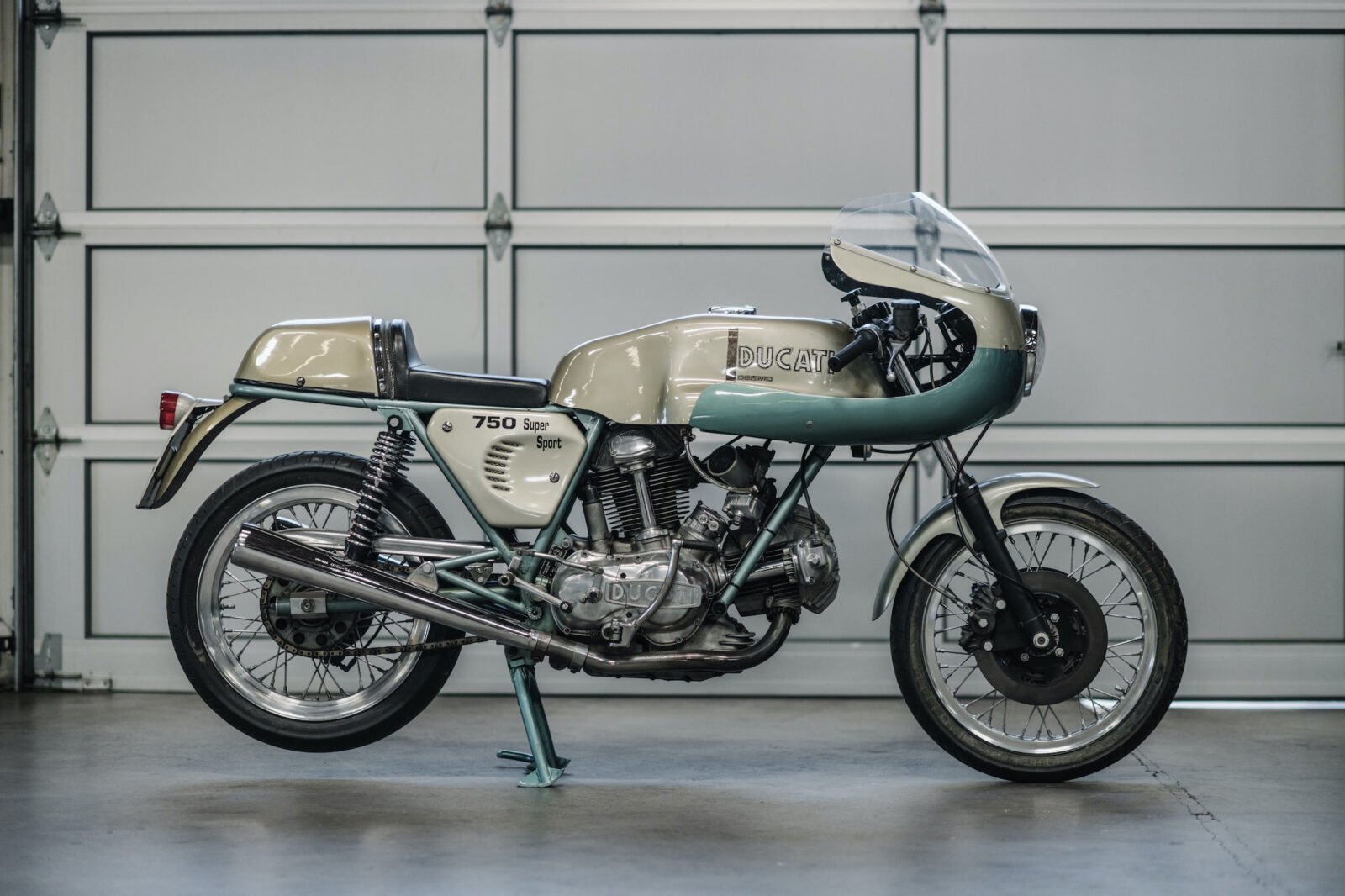 The 1974 Ducati 750 Super Sport is one of the most important production bikes in the long history of the legendary Italian motorcycle maker.

The 750 Super Sport was essentially a road legal race bike built to closely recreate the Ducati 750 Imola Desmo – the motorcycle that Paul Smart and Bruno Spaggiari rode to a wildly popular 1-2 finish at the 1972 “200 Miglia di Imola” or Imola 200.

This win at Imola would launch Ducati to the forefront of the global superbike world, resulting in markedly increased sales and a strong reputation as a builder of high-performance motorcycles with excellent handling and unusual 90º V-twins featuring desmodromic valve trains.

Of course the truly passionate Ducati fans will insist on calling Ducati V-twins “L-twins” and the marque themselves tend to do this also. It’s though they want to differentiate themselves from the more common V-twins from across the Atlantic – they chose the letter “L” in place of the letter “V” to better illustrate the 90º L-shape of the engine as opposed to the typically narrower angle of American V-twins. 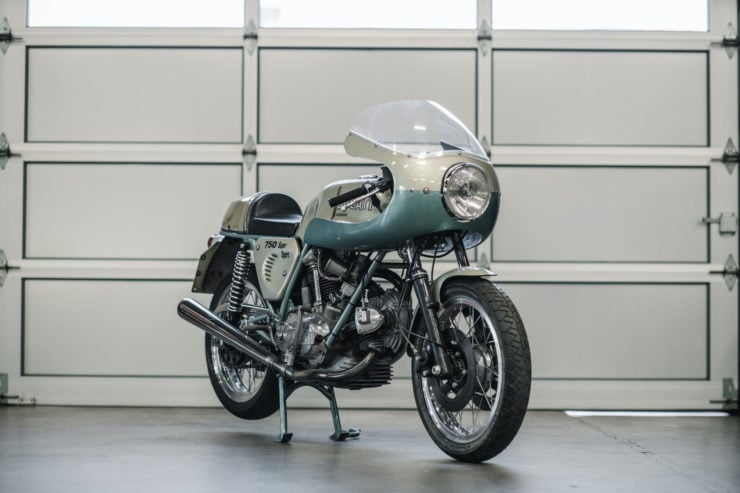 Known as the “round case” due to the rounded curves of the crankcase, the 1974 Ducati 750 Super Sport was only made for a single year before it was replaced with the “square case” 864cc powered Super Sport from 1975 onwards. As you may have surmised, the square case model has a more angular crankcase design that’s generally considered less attractive.

These early round case Super Sports are special for a number of reasons, they were essentially race bikes with few concessions made to keep them road legal. The 748cc V-twin was fitted with two-valve desmodromic heads with cams powered by a bevel gear drive, it had a 10.5:1 compression ratio, it was fitted with two 40mm carburettors, and the engine was capable of 72 hp at 9,500 rpm – a heady figure for the day particularly when coupled with the claimed dry weight of 151 kg (333 lb).

Despite the beauty of the round engine cases their complexity made them difficult to economically produce in large numbers. The original engine designer Fabio Taglioni was asked to design a simpler bevel drive system and Giorgetto Giugiaro of Italdesign penned the square case external design, almost certainly influenced by his own more angular automobile designs. 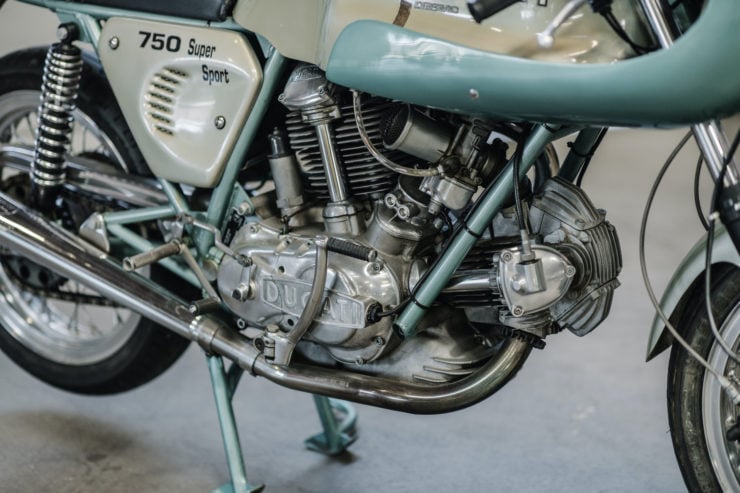 Many of the 401 examples of the road case 1974 Ducati 750 Super Sport haven’t survived, some were used for racing and many others were crashed by their overly ambitious riders. The original bikes that have survived are now among the most collectible motorcycles on earth and typically fetch prices well in excess of $125,000 USD.

The bike you see here is an original 1974 Ducati 750 Super Sport with just 17,401 km on the odometer since new and it’s listed as being in exceptionally clean and mostly original condition. This 750 SS was pictured and mentioned in The Book of the Ducati 750 SS by Ducati expert Ian Falloon, and it was listed in his critically important registry for the model.

This bike was previously owned by Guy Webster, an Italian motorcycle aficionado, who gave a very complimentary mention in a May 2003 article in Robb Report by Fluto Shinzawa:

“The reason this is so important is because Ducati won the world championship with the 750. When they made 200 replicas, they were made by the race department. It’s not a factory bike made to look like the original. It had the Carilla rods and motor, the 40 mm stock carb, the fiberglass tank which was illegal—all the good stuff. It was a real race bike. I put pipes on it and went racing. I like it as a street bike. It’s the ultimate café racer of the early ’70s.” 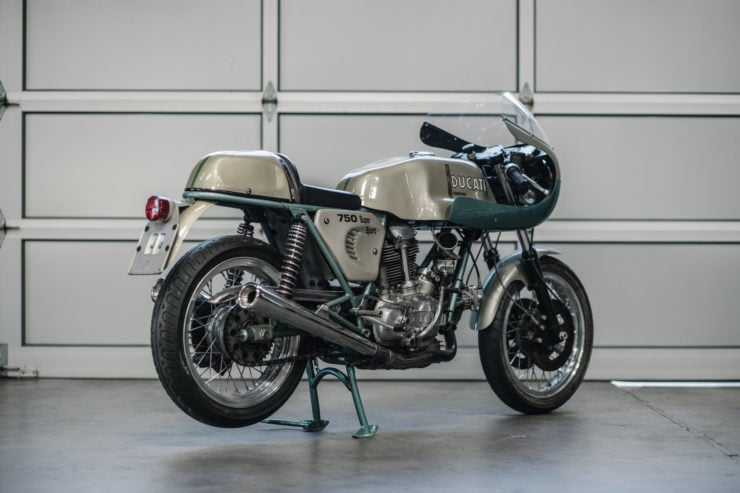 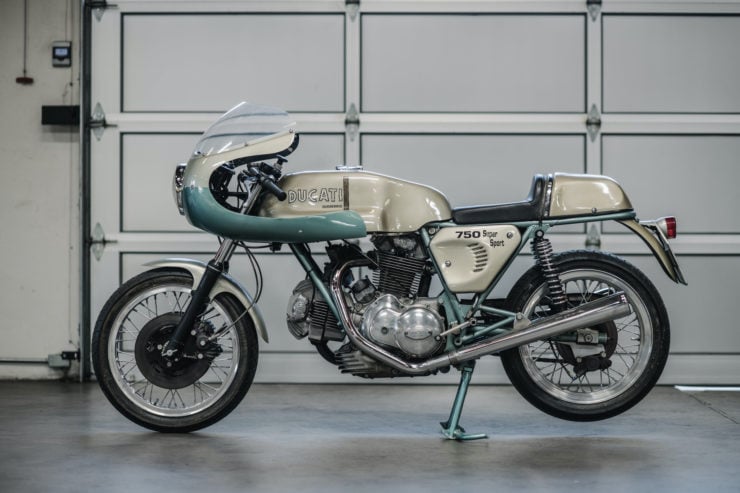 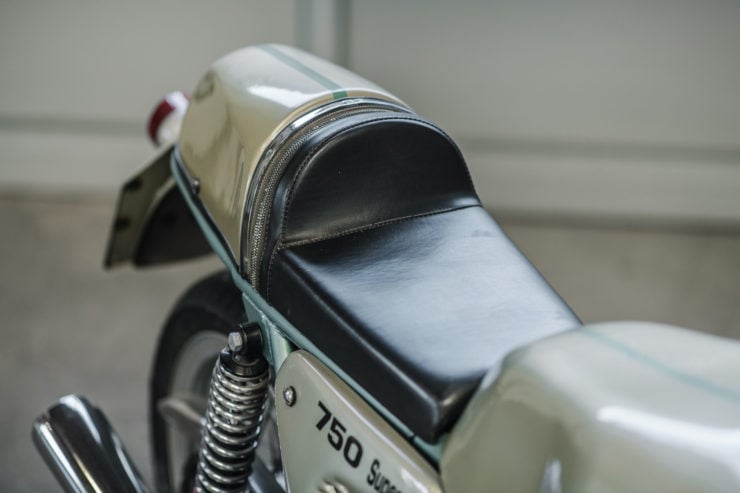 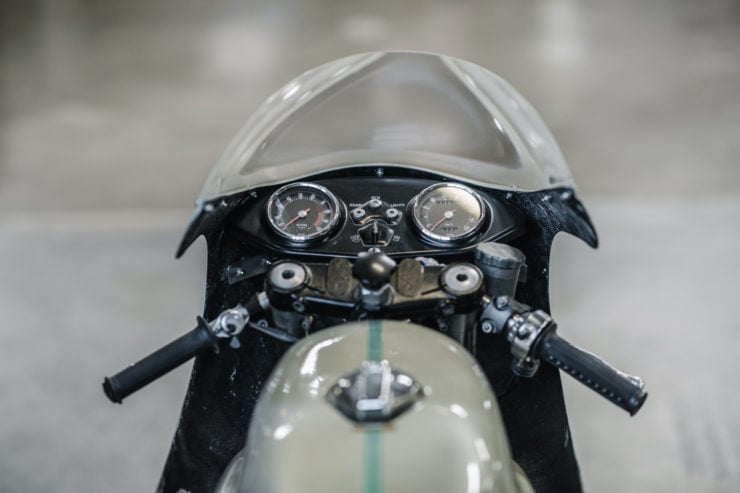 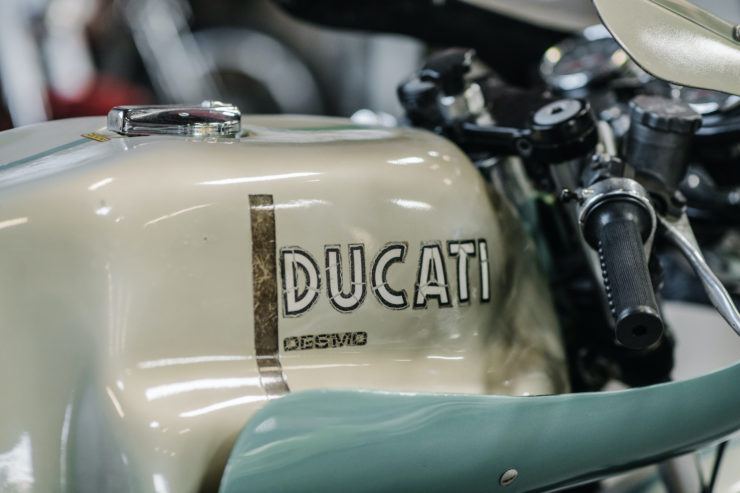 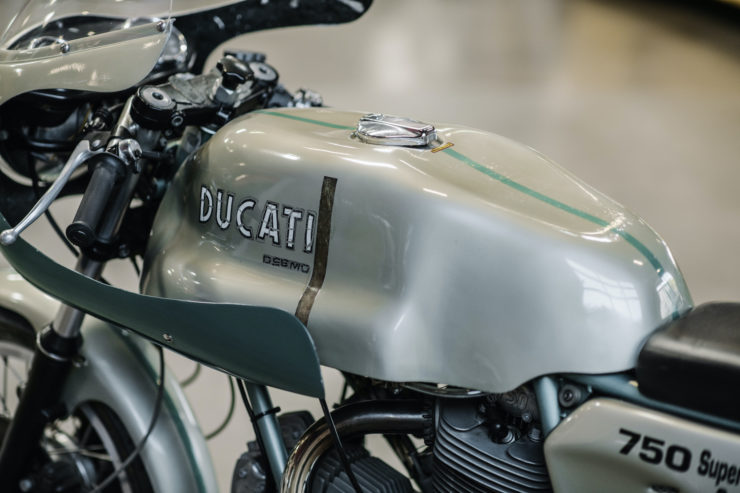 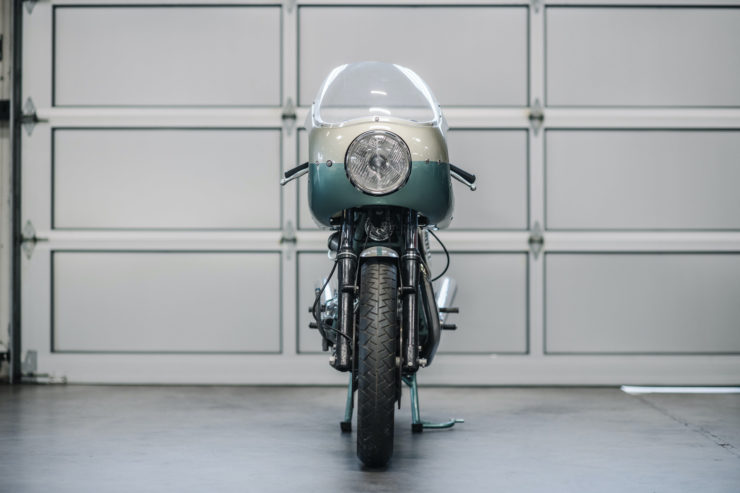 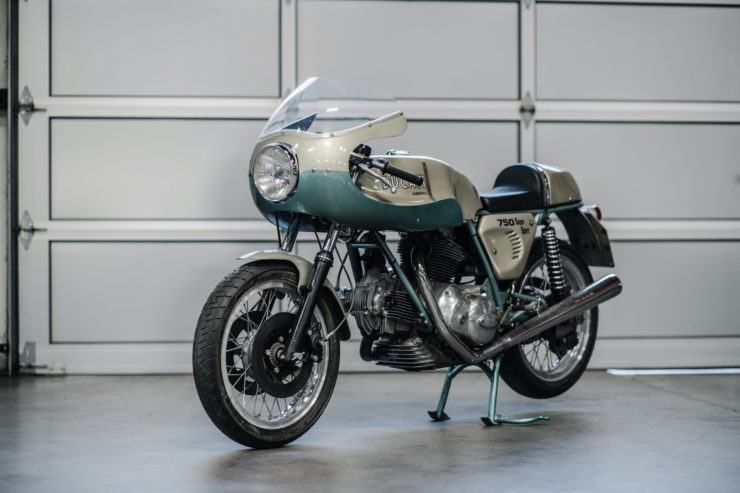 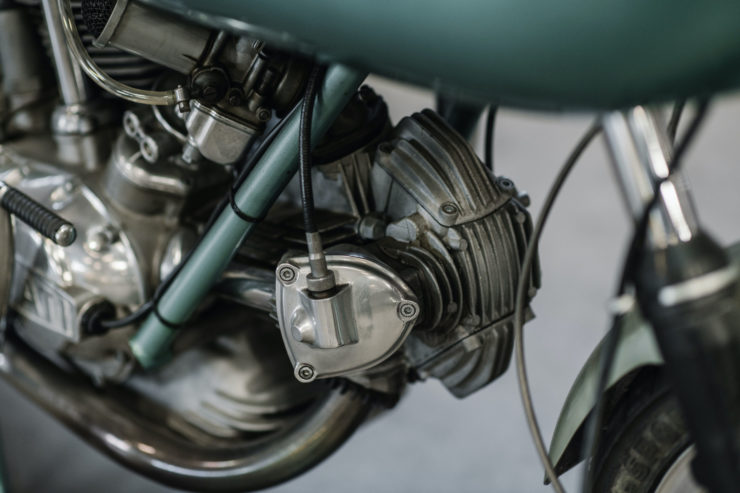 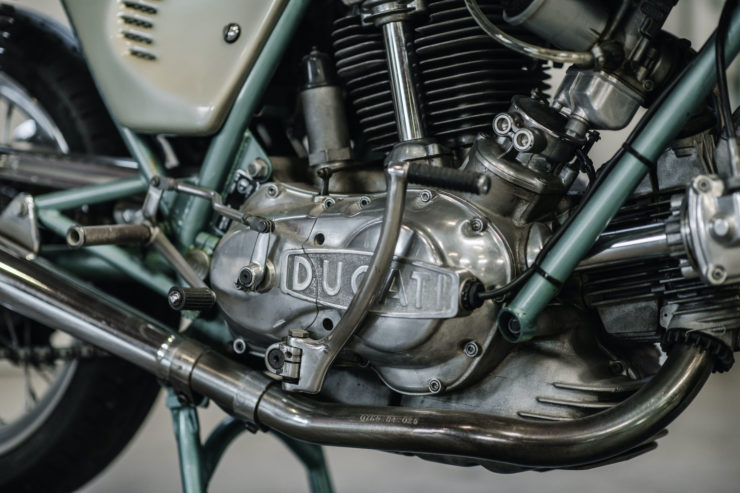 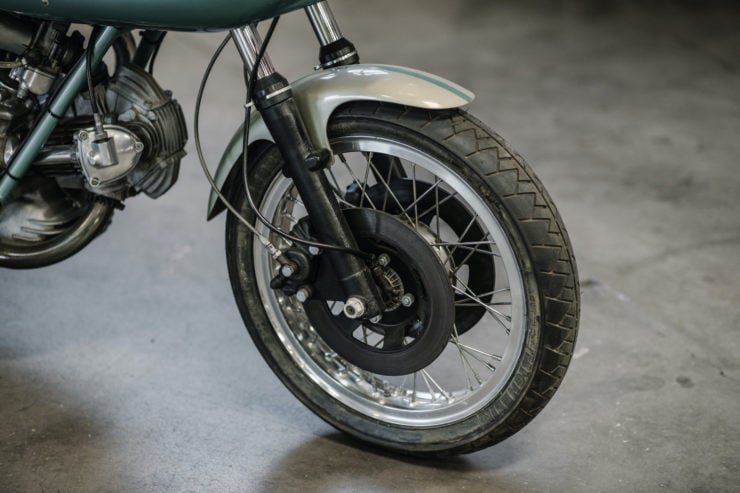 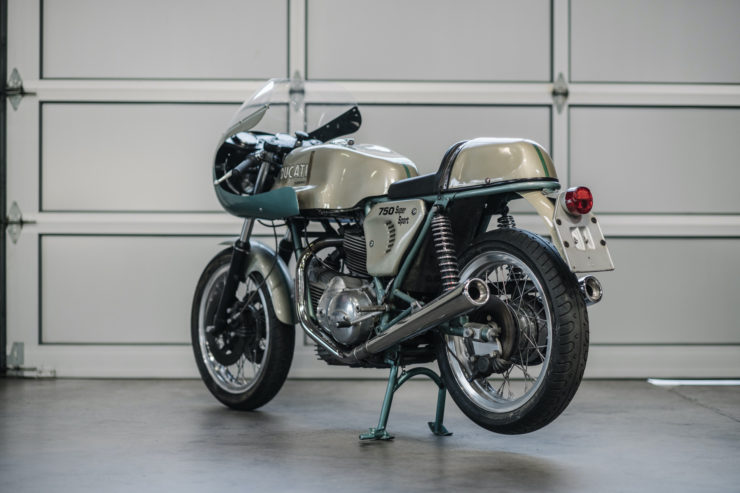 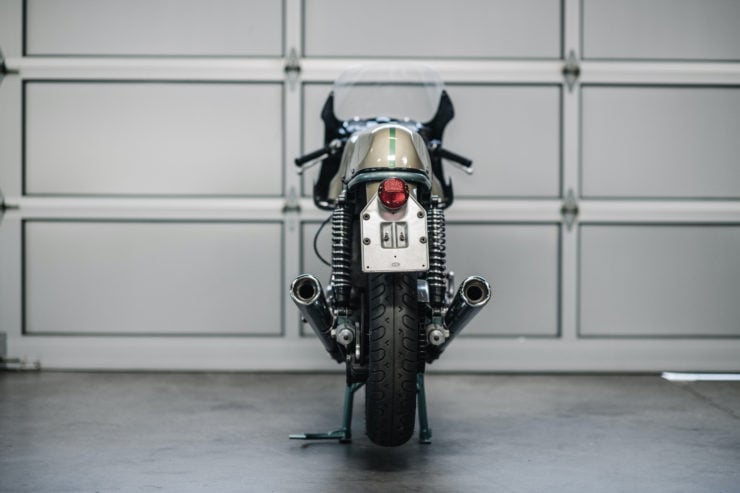 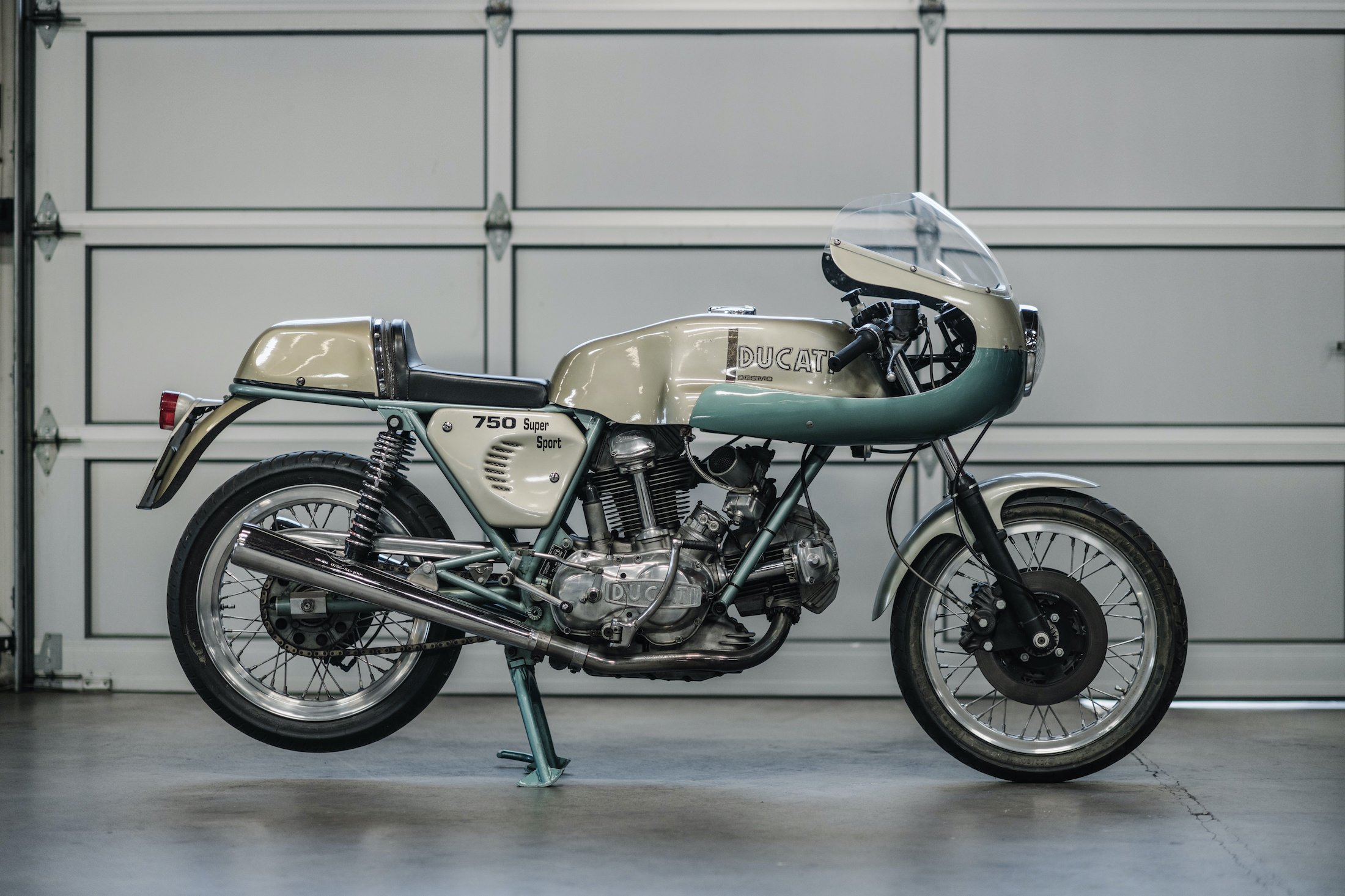