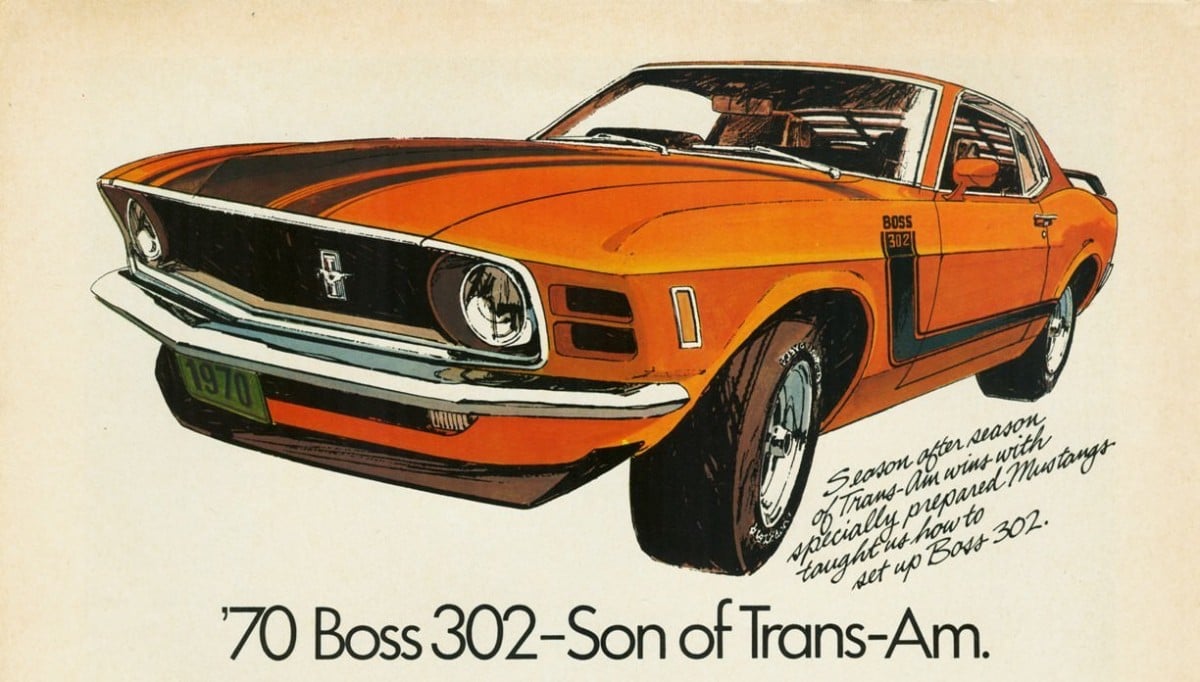 When it comes to the Ford Mustang, everyone I know has a favourite year. Purists favour the original 1964 model, historians wax lyrical about the “forgotten” 1962 Mustang and Steve McQueen fans want a dark green 1968 model. I’ve always been partial to the 1970 Mustang myself, the added vents on either side of the headlights look fantastic in my book and the removal of those purely cosmetic air vents on either side of the rear fender was a welcome change – until I learned of their heritage with the 1962 prototype.

The 302 Mustang with the hockey stick stipe down the side is the one all the kids wanted in the ’70s, although to be honest, any 1970 model with a manual transmission in a colour other than pink would do nicely.

If you’d like to see the full resolution version of the below poster, just click it. If you’d like to set it as your Android/iPhone wallpaper, visit this page on your mobile device, then press and hold the image and follow the onscreen options. 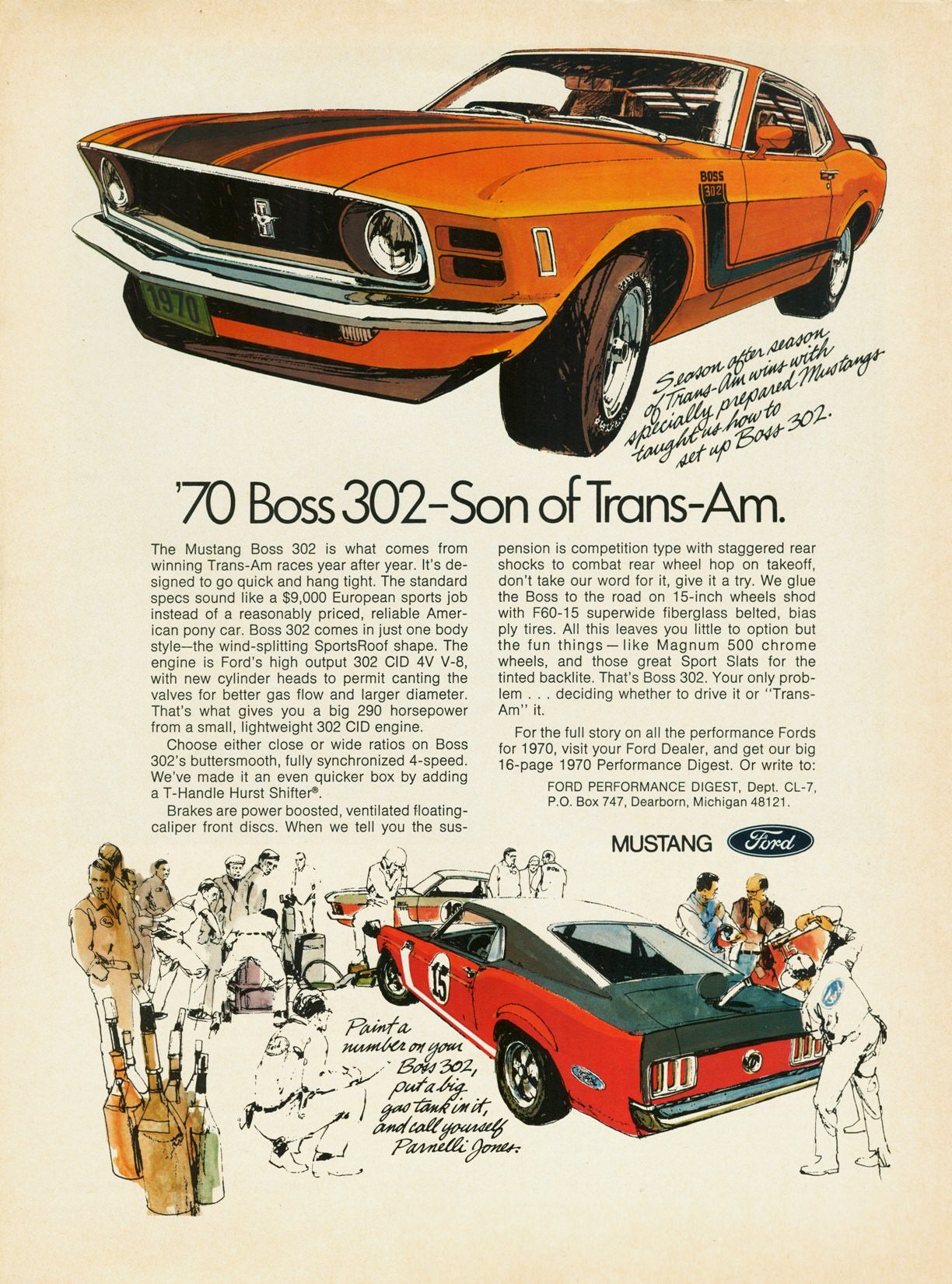 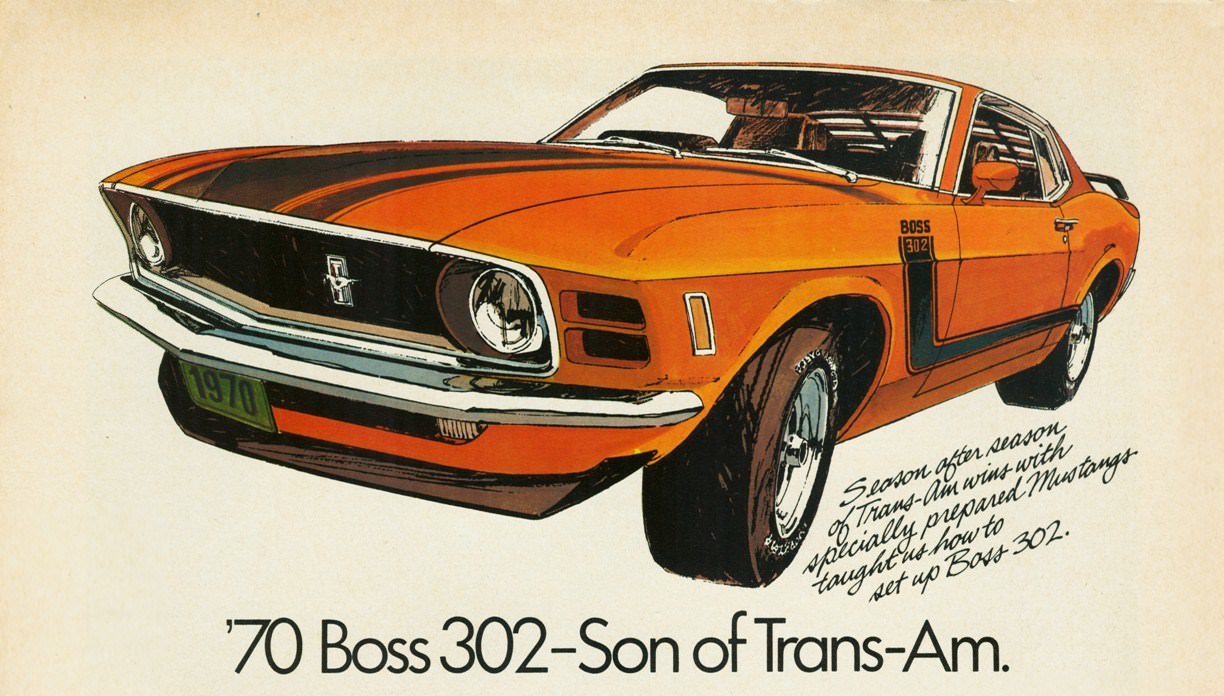