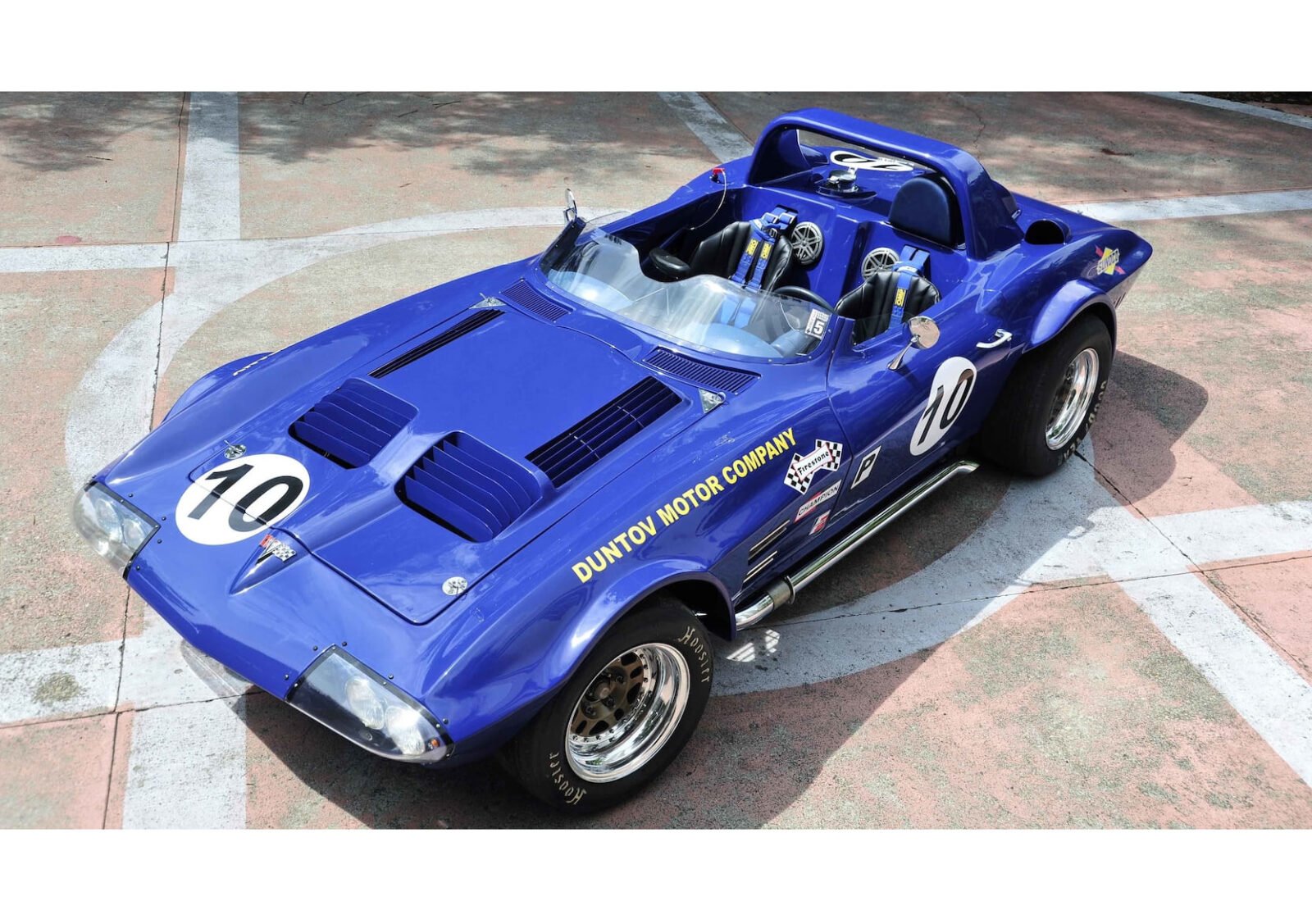 In 2009 GM awarded an exclusive licensing agreement to The Duntov Motor Company to bring the legendary 1963 Corvette Grand Sport back to life, and put it into limited production as an official continuation car.

Rather than exactly replicate the original Grand Sport cars the team at Duntov upgraded the engine and underpinnings, creating a car that looks the part but has more modern reliability, it’s also built for use on both the track and road.

The 1963 Corvette Grand Sport was developed by Zora Arkus-Duntov and his team, Arkus-Duntov was a natural born engineer, a talented race car driver, and he became the “Godfather” of the Corvette – singlehandedly saving the model and turning it into the fire breathing high-performance V8 we all know it as today. 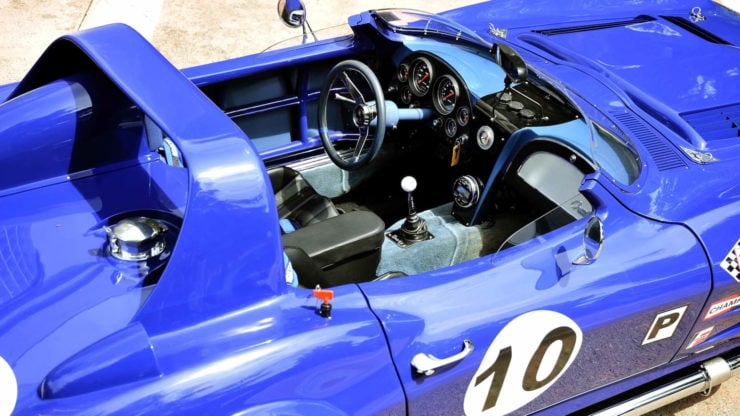 In 1962 Arkus-Duntov began developing a high-performance version of the Corvette specifically to challenge the likes of Ferrari at the 24 Hours of Le Mans. These cars were ultra-light, they were fitted with a special aluminum block 377 cu. in. V8 that produced over 550 hp.

125 examples of the vehicle needed to be built to meet homologation rules for the GT production class, however before the cars could race at Le Mans the program was cancelled when GM’s management “increased their enforcement” of the AMA racing ban.

Never one to accept defeat, Zora Arkus-Duntov ensured that many of the 1963 Corvette Grand Sport vehicle found their way into the hands of American racing teams to compete via proxy – providing the Corvette team with valuable development information. 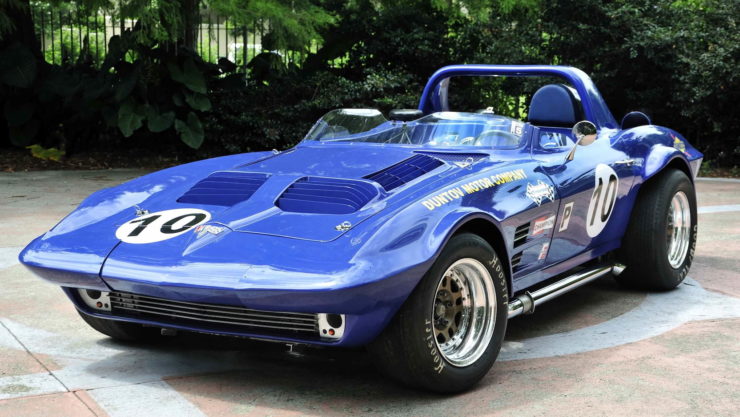 These cars had the 377 cu. in. V8s removed before delivery, they were replaced with the heavier 427 cu. in. V8 which likely had no small effect on handling. Despite this the cars performed well in the hands of many of the era’s greatest American drivers including Roger Penske, A.J. Foyt, Jim Hall, and Dick Thompson.

The agreement between GM and Duntov to create a new line of Grand Sports resulted in GM finding and sending the blueprints and molds from the original #2 Corvette Grand Sport from 1963 to Duntov so they could create millimetre perfect bodies that exactly matched the originals. 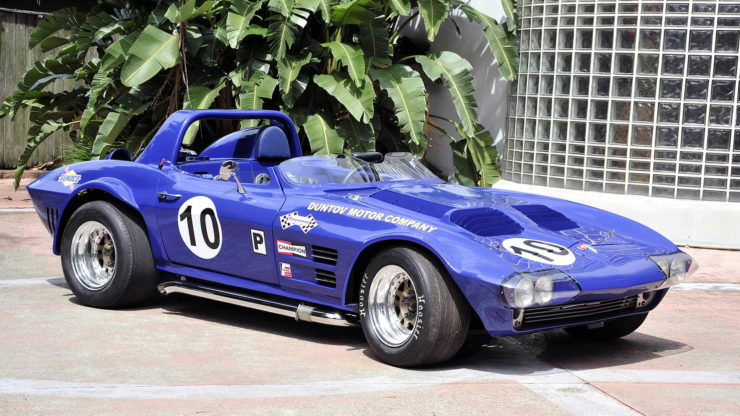 Duntov brought in the experienced team at Superformance, LLC to develop the chassis, suspension, and many of the other components. Superformance, LLC has years of experience developing cars from scratch including a series of official continuation Shelby Cobras, Ford GT40 replicas, and a number of other popular kit cars.

These new Duntov Grand Sports feature four-wheel hydraulic disc brakes, independent suspension front and rear, and a more modern drivetrain. Originally the first car built was fitted with a tire-melting 875 hp 460 cu. in. racing engine however this was later replaced with a far more manageable 480 hp 427 cu. in. V8 producing 490 ft lbs of torque. Power is sent to the rear wheels via a T-56 Super Magnum 6-speed manual gearbox, the car has side exhausts, and all the required lights to ensure that it’s road legal.

The car you see here is the first one that was built, it’s finished in Sunoco Blue with period correct livery, two sets of wheels and tires (for both racing and street use), and styling that looks brutally fast even when the car is standing still. 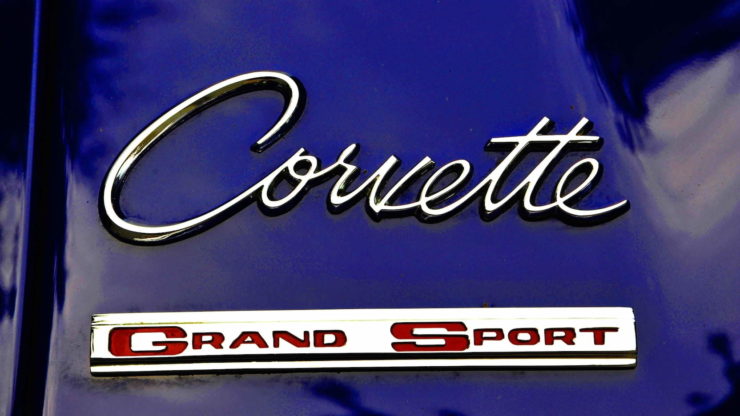 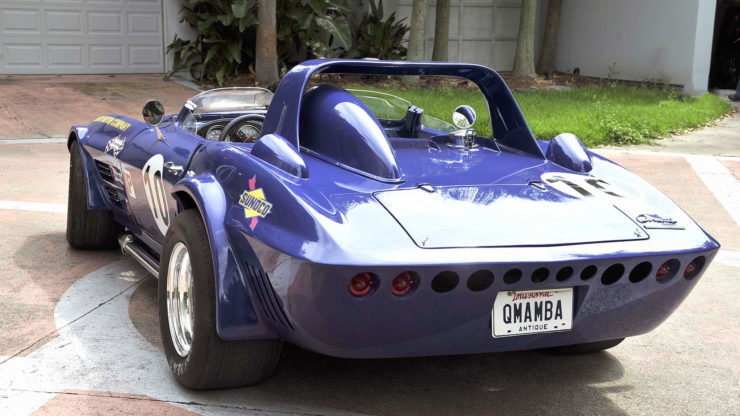 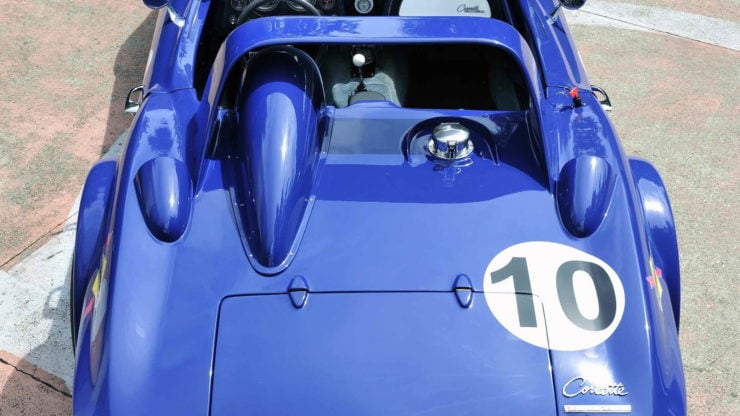 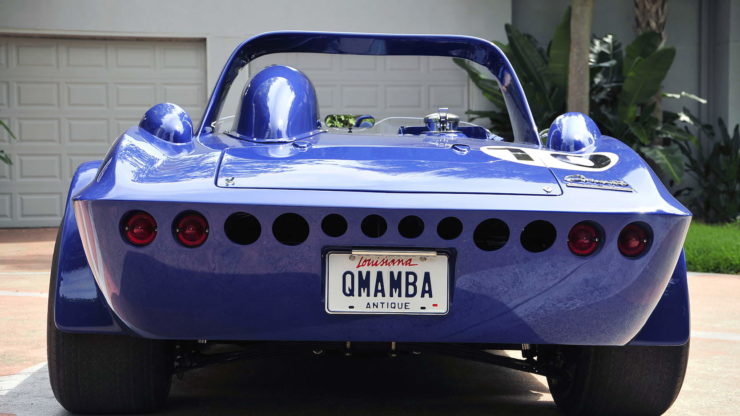 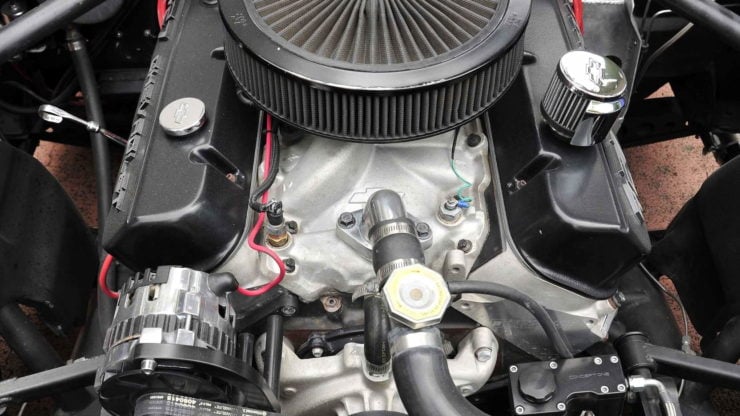 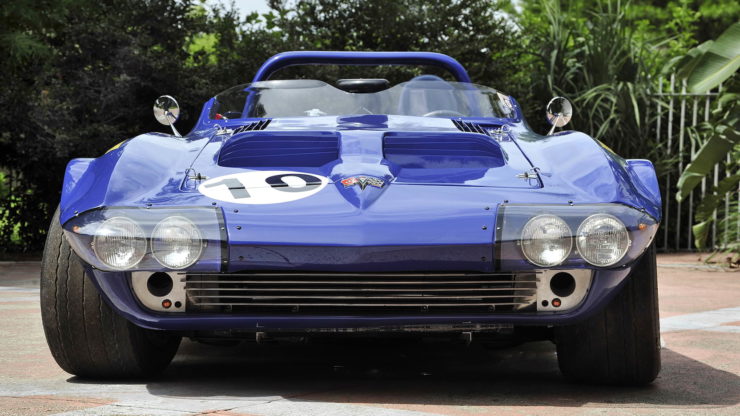 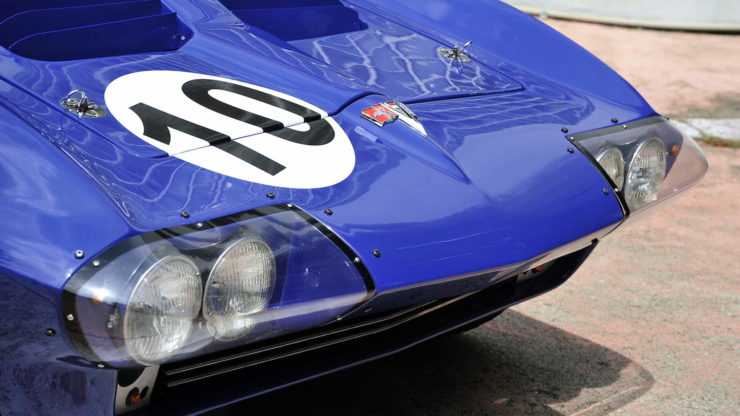 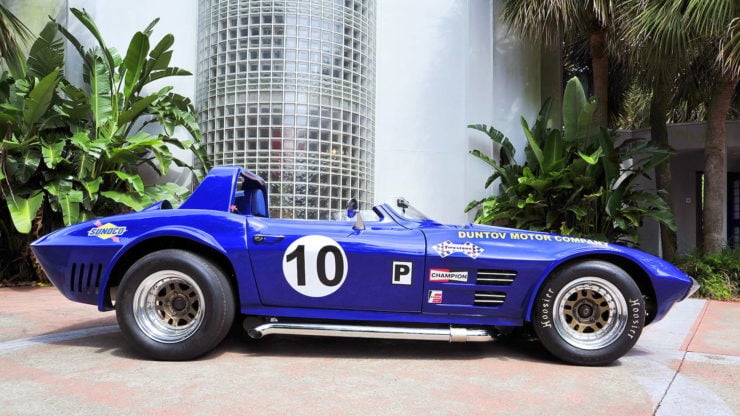