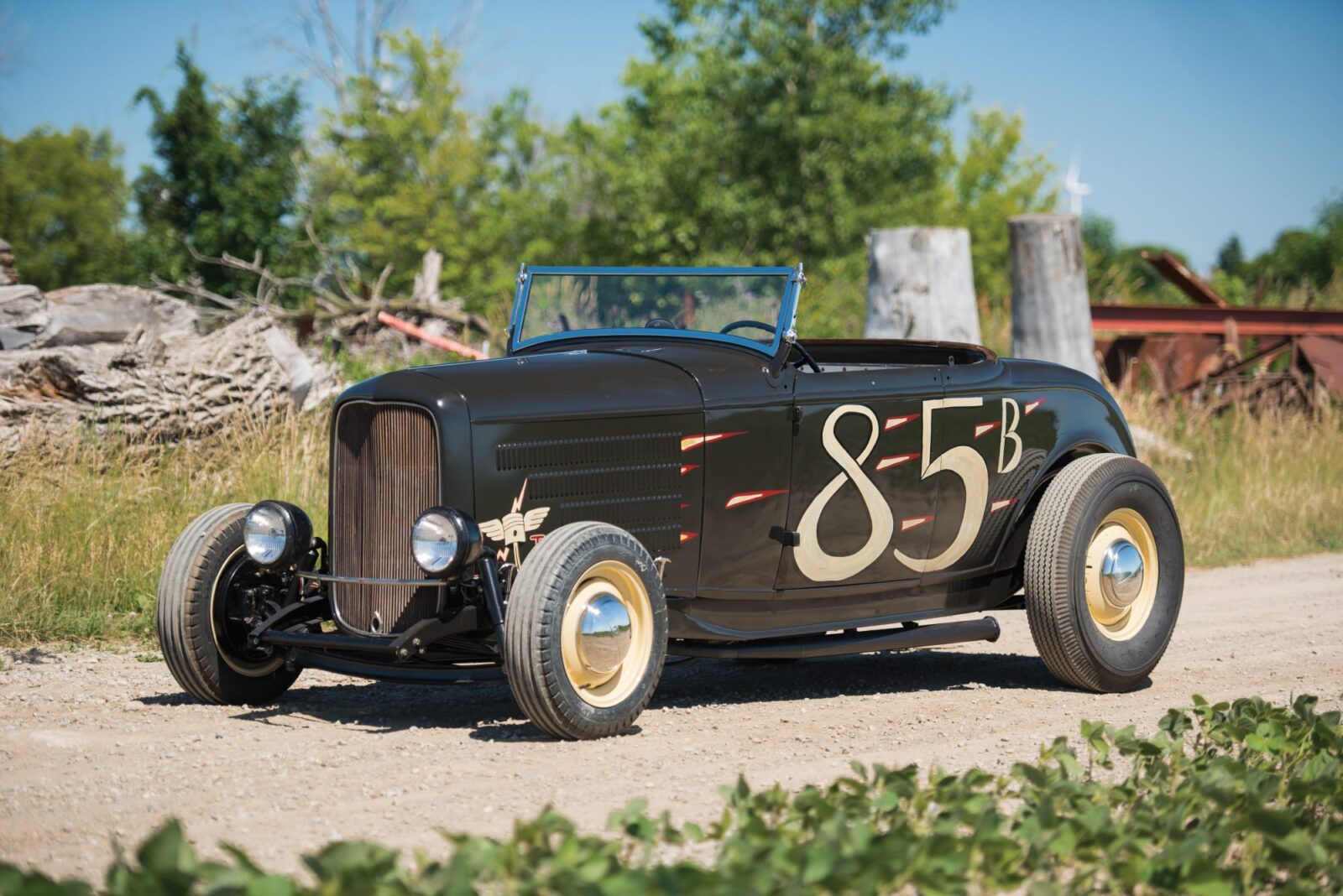 The 1932 Ford is a car that defied its humble beginnings to become one of the most iconic and important cars ever produced in America. Hot rod history buffs will tell you that the term “hot rod” was coined in the 1930s or ’40s as a reference to the hot camshafts typically fitted to the souped up engines – the higher lift and longer duration cam lobes being the hot, and the the camshaft itself being the rod.

The reason for the significance of the ’32 Ford is largely down to the engine. It was fitted with the then-new Flathead V8, it was the first time a V8 engine had been fitted to a mass-produced and relatively affordable motor car – and thanks to depreciation these ’32 Fords were all nice and affordable in 1945/46 for young GIs returning from service in Europe and the Pacific.

1932 Ford ‘Hi-Boy’ Roadster you see here was built by Florida’s Longley father and son team to a specification laid down by Jack Boxstrom, he asked them to build a car to a concept – “a 20-year-old ex-service man buys a used ’32 Roadster in 1947, removes all the unnecessary parts, hops up the motor, and goes racing.”

The Longleys started with a standard ’32 Ford and fitted it with a 24-stud flathead V8 with dual Stromberg 97 carburettors, a Weiand intake, Edelbrock-script finned aluminium heads, and a “Lakes-pipes” custom exhaust. In drag ready trim the car now produces 120 bhp from its 239 cubic inch capacity, and power is fed backward through a 3-speed Ford manual transmission, then a torque-tube drive to a Halibrand quick-change rear-end.

In recent years we’ve seen a shift back to classically styled hot rods – from a time before everything was chrome-plated or coated in 32 layers of metal flake paint so deep you could hide Atlantis. These post-WWII drag racers were originally built by broke young veterans on tight budgets – and rods like this ’32 Ford capture that essence perfectly.

If you’d like to read more about this Hi-Boy or register to bid, you can click here to visit RM Sotheby’s. 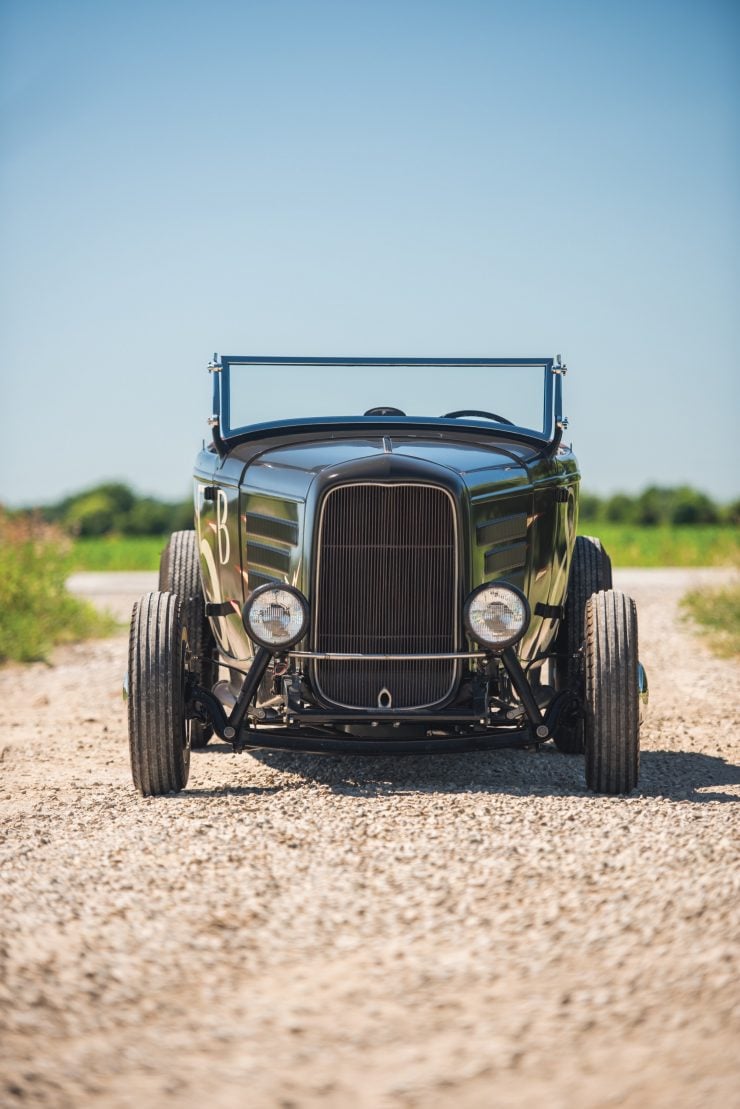 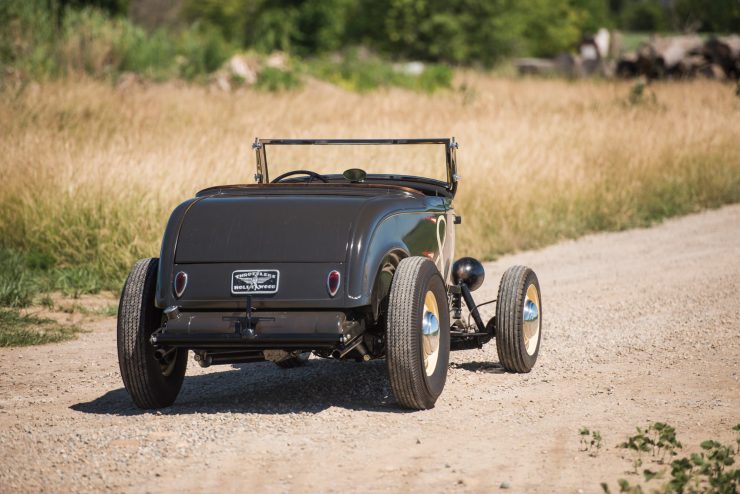 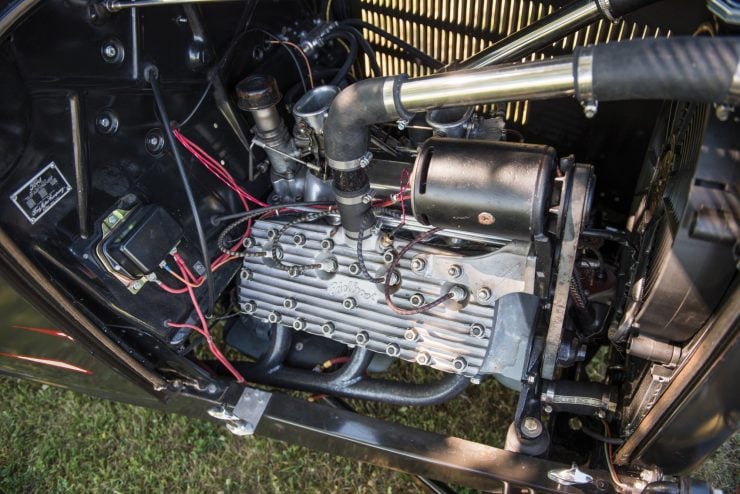 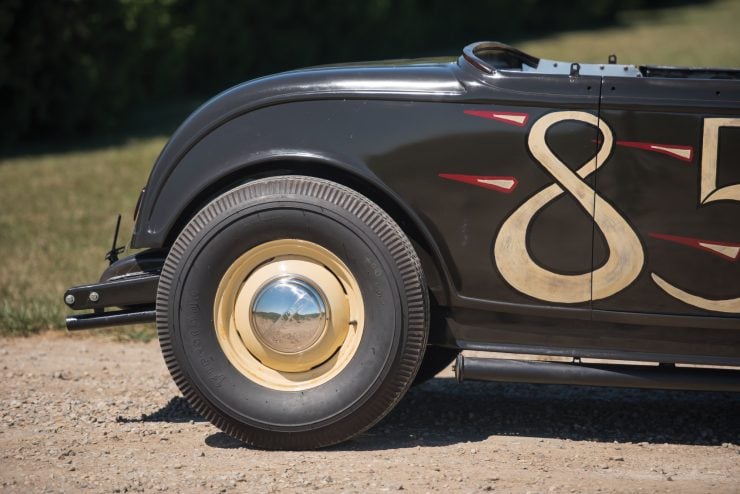 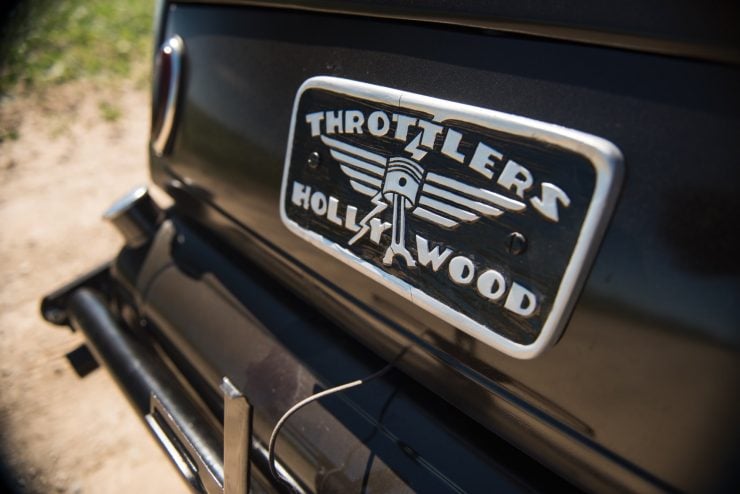 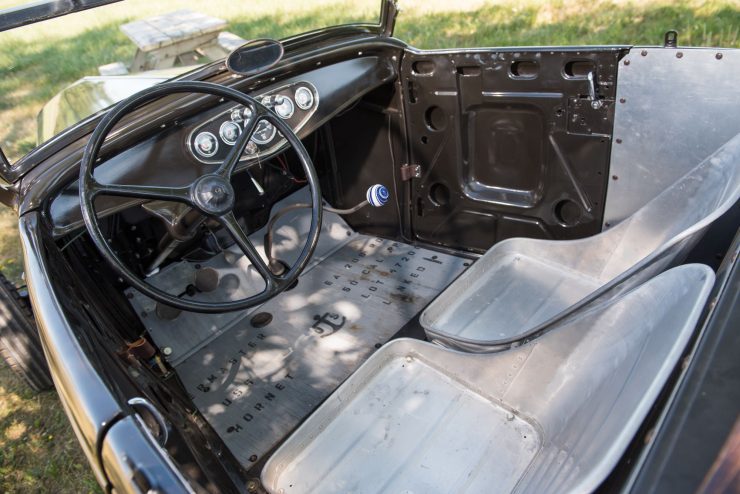 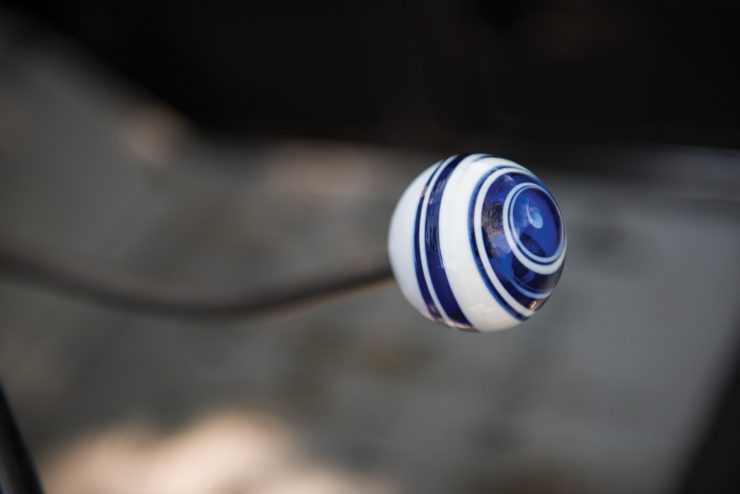 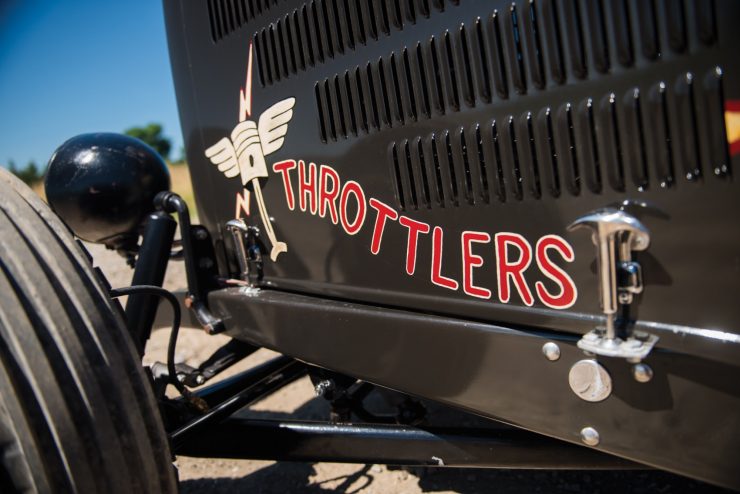 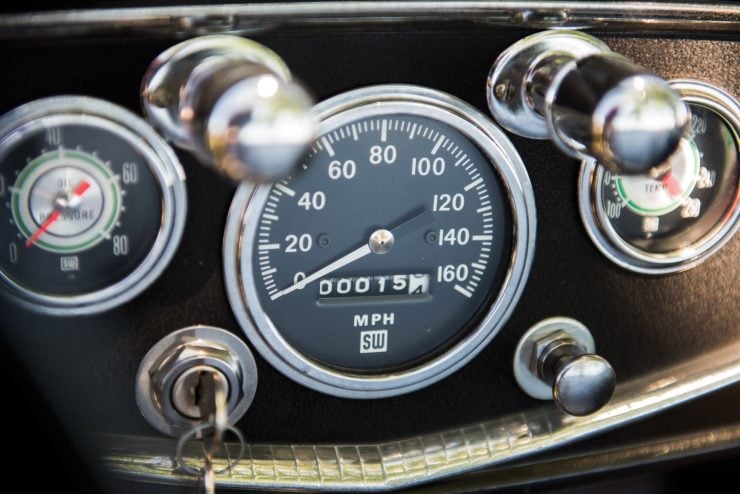 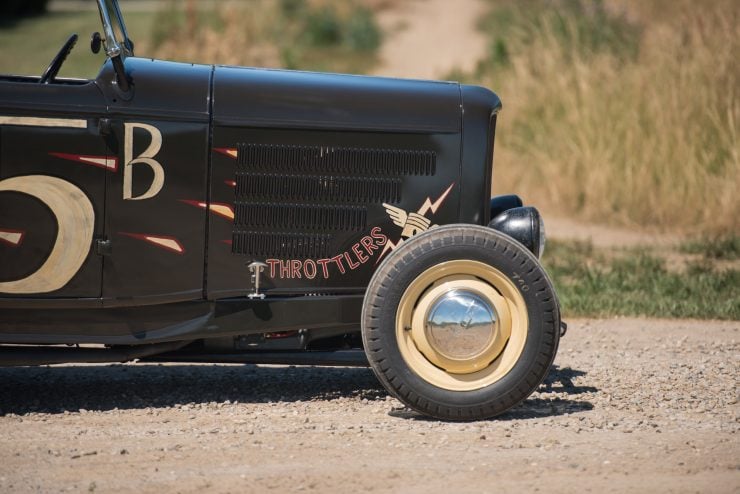 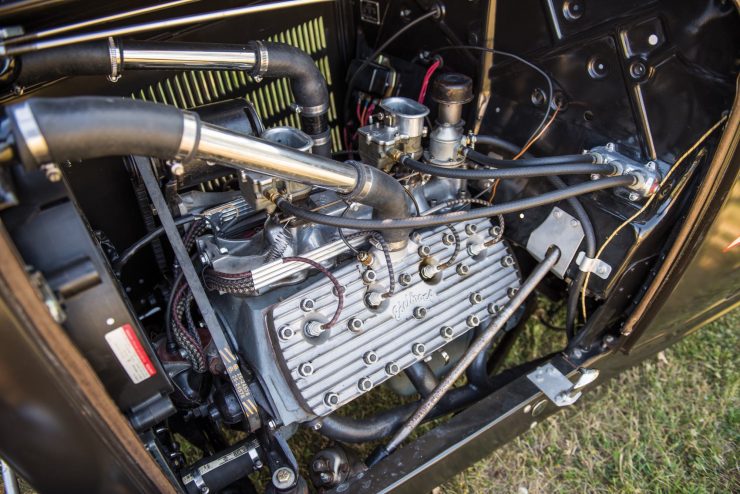 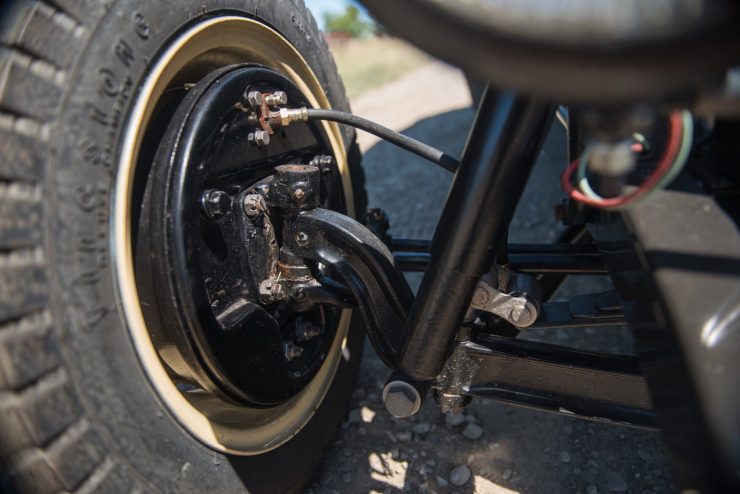 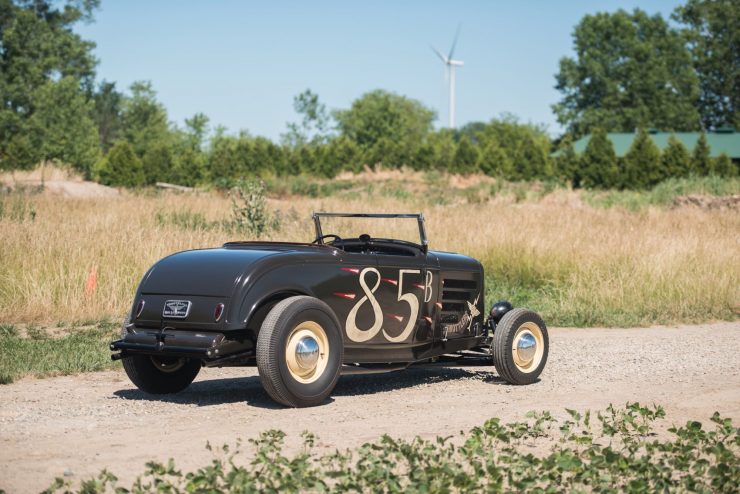 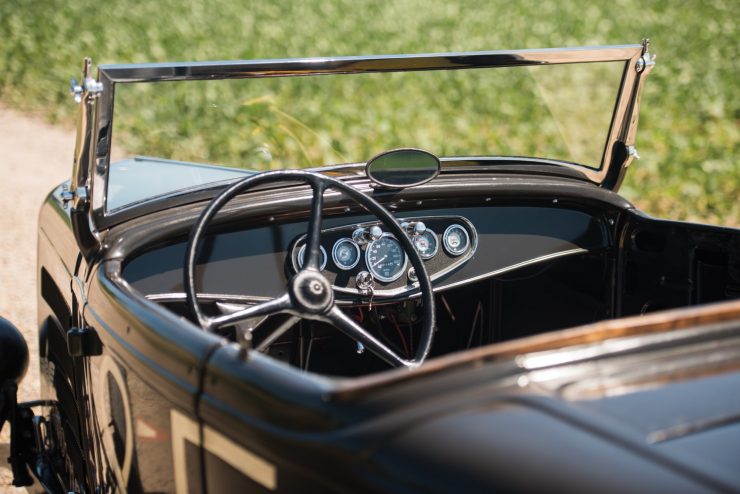 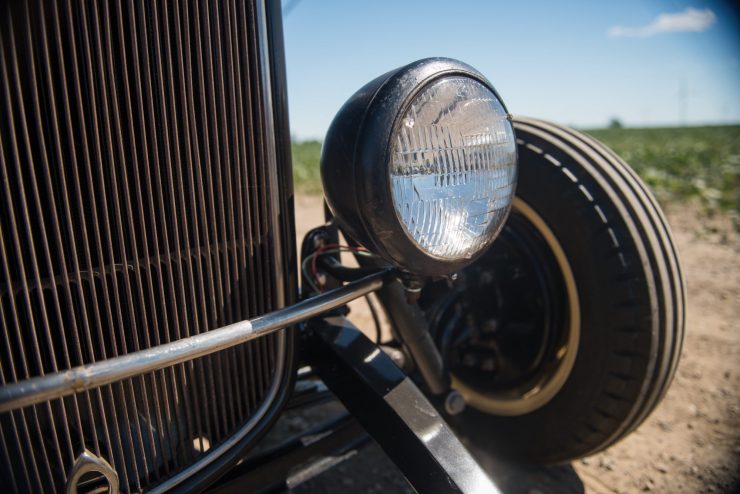 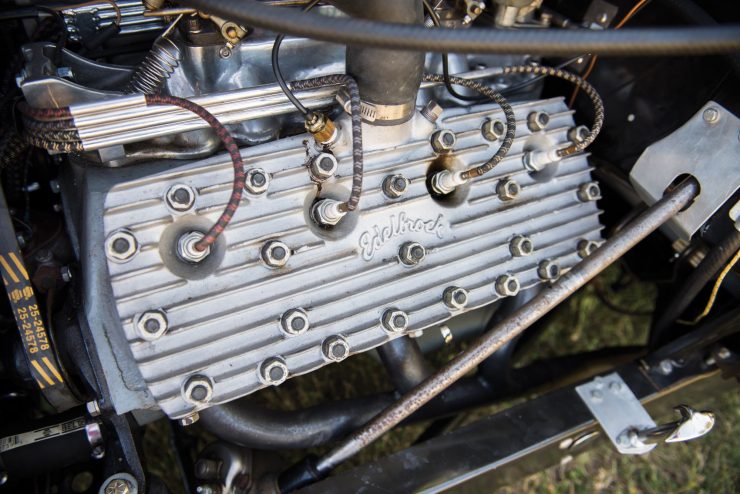 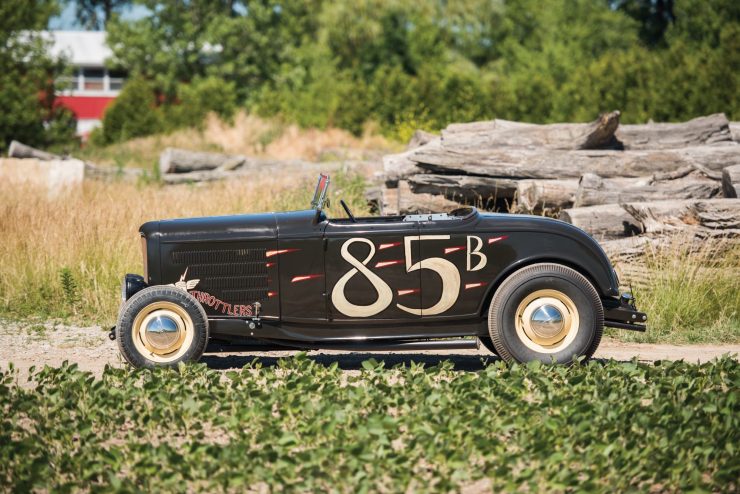 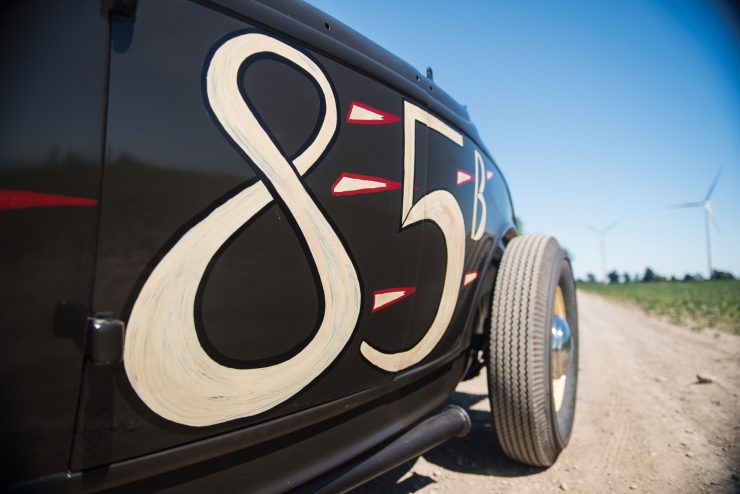 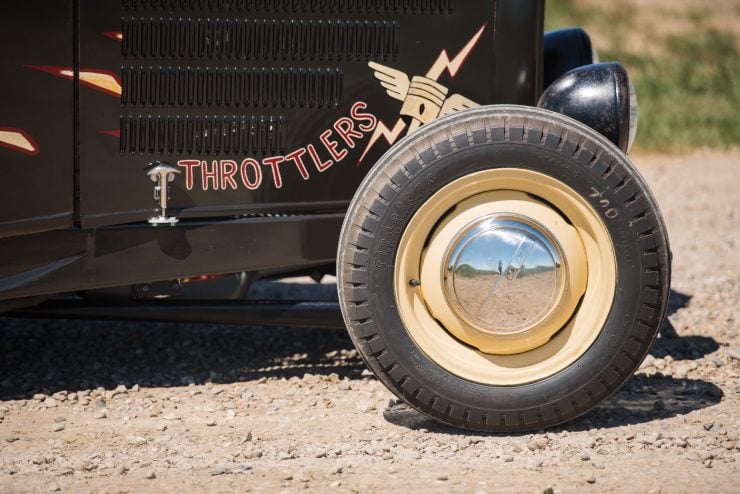