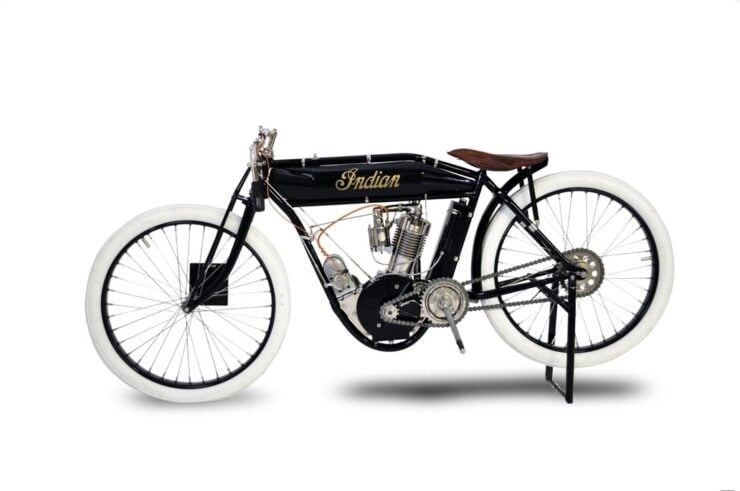 Like many of you, I have a long-held love of board track racers. There’s something pure about the design and construction of these early motorcycles that we lost along the way and I think that’s a damn shame.

This particular Indian board tracker was recently restored by award-winning car and motorcycle artisan Jim Prosper, the original bike was so complete that the only 2 non-factory parts on it are the fuel tank and handlebars.

She’s heading for the 2013 Las Vegas Antique Motorcycle Auction on January the 10th, 11th, & 12th of 2013, so you still have some time to save up. Then you’ll just need to make friends with a chap who owns a velodrome. 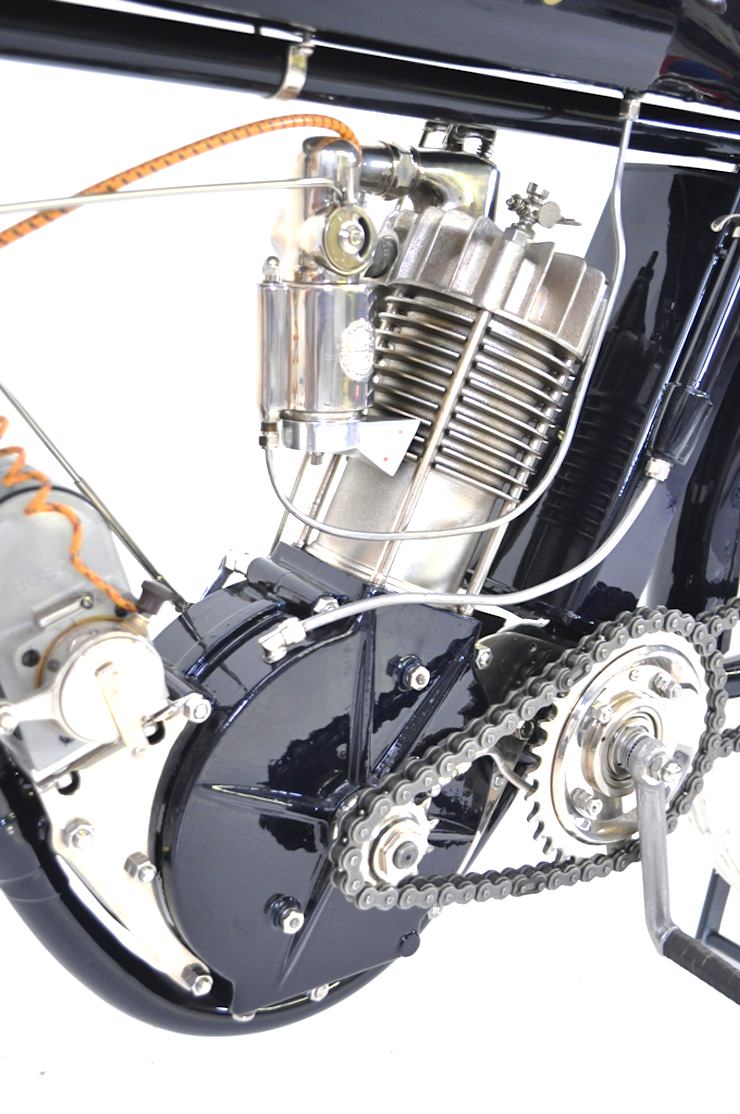 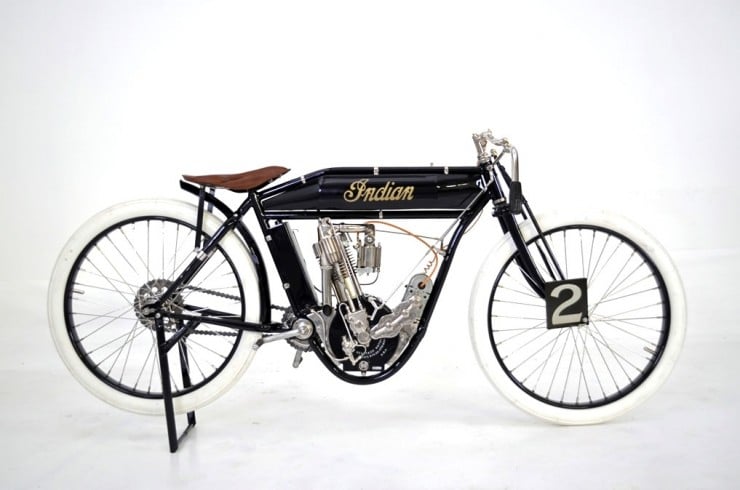 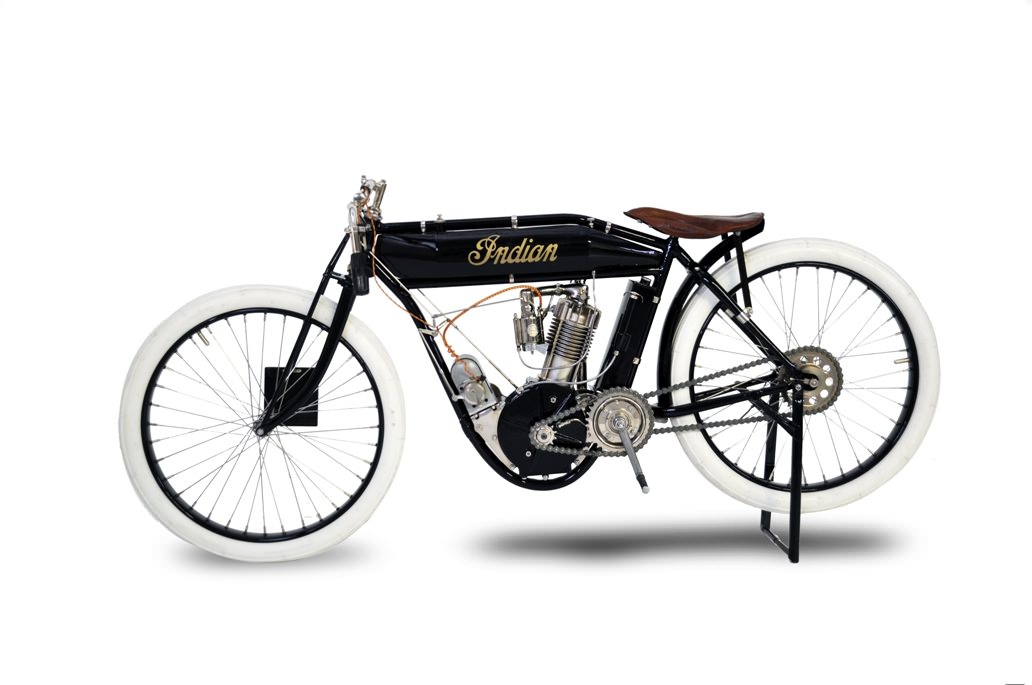