These are the 100% Glendale Sunglasses, they’re designed for use by motorcyclists and by anyone who needs highly impact-resistant eye protection that doubles as sunglasses.

The team at 100% designed the Glendale with a 5-base cylindrical shield lens for increased peripheral vision compared to normal sunglasses. This is critically important for activities like riding a motorcycle, where a wide field of view can be the difference between life and death.

The company 100% has been around since 1982 when it was founded by Drew Lien in LA. They quickly made a name for themselves for their line of high-performance motocross and enduro racing goggles, and the company’s logo became a common sight at tracks around North America by the end of the decade. 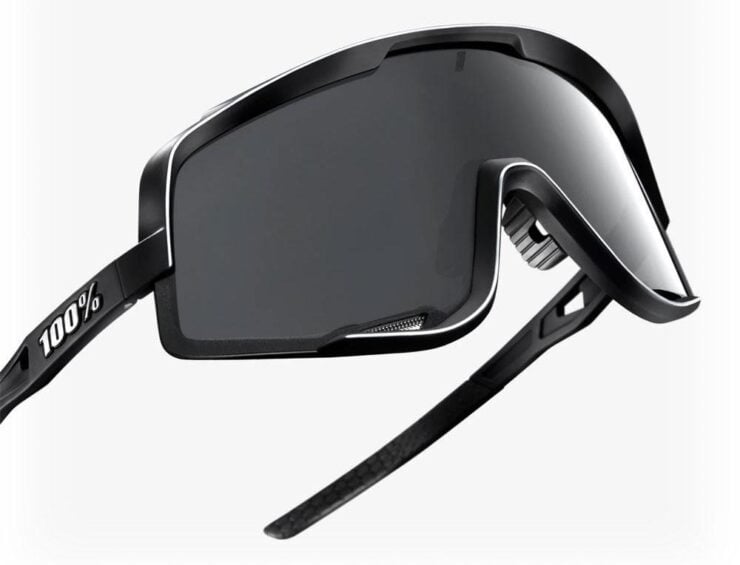 The 100% Glendale Sunglasses come in a number of different colorways, and they all have interchangeable, replaceable lenses.

The 100% Glendale Sunglasses have a style that evokes the design of these early goggles, though they’e far easier to put on and take off thanks to the bayonet arms that allow you to put them on and take them off while wearing your helmet.

Just like a pair of motocross goggles, these also have interchangeable lenses with 100% UV protection (UV400), and a scratch-resistant lens coating.

The team at 100% also notes that the Glendales have a shatterproof and lightweight Grilamid TR90 frame, ultra-grip rubber nose pads and tips, and a HYDROILO lens treatment that repels water, dirt, and oil. 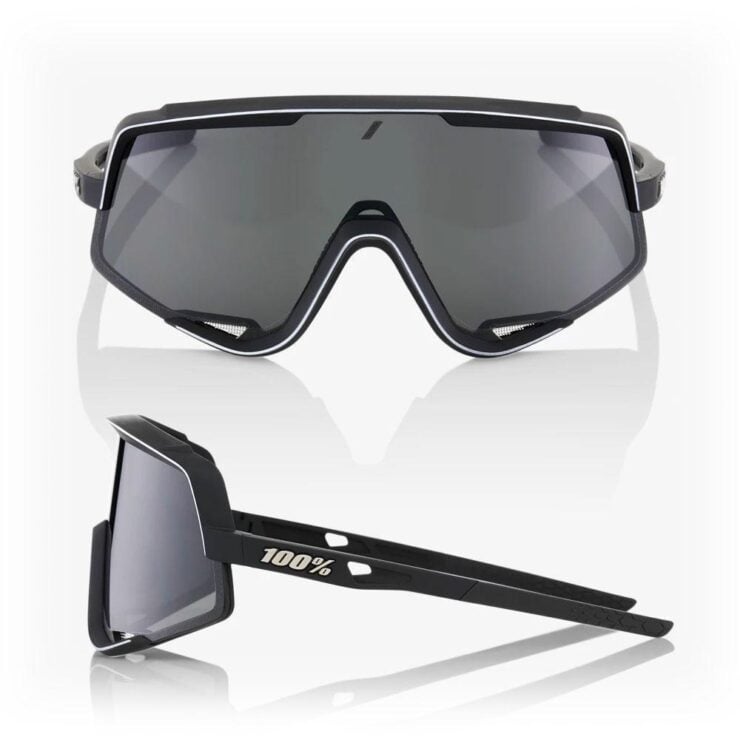