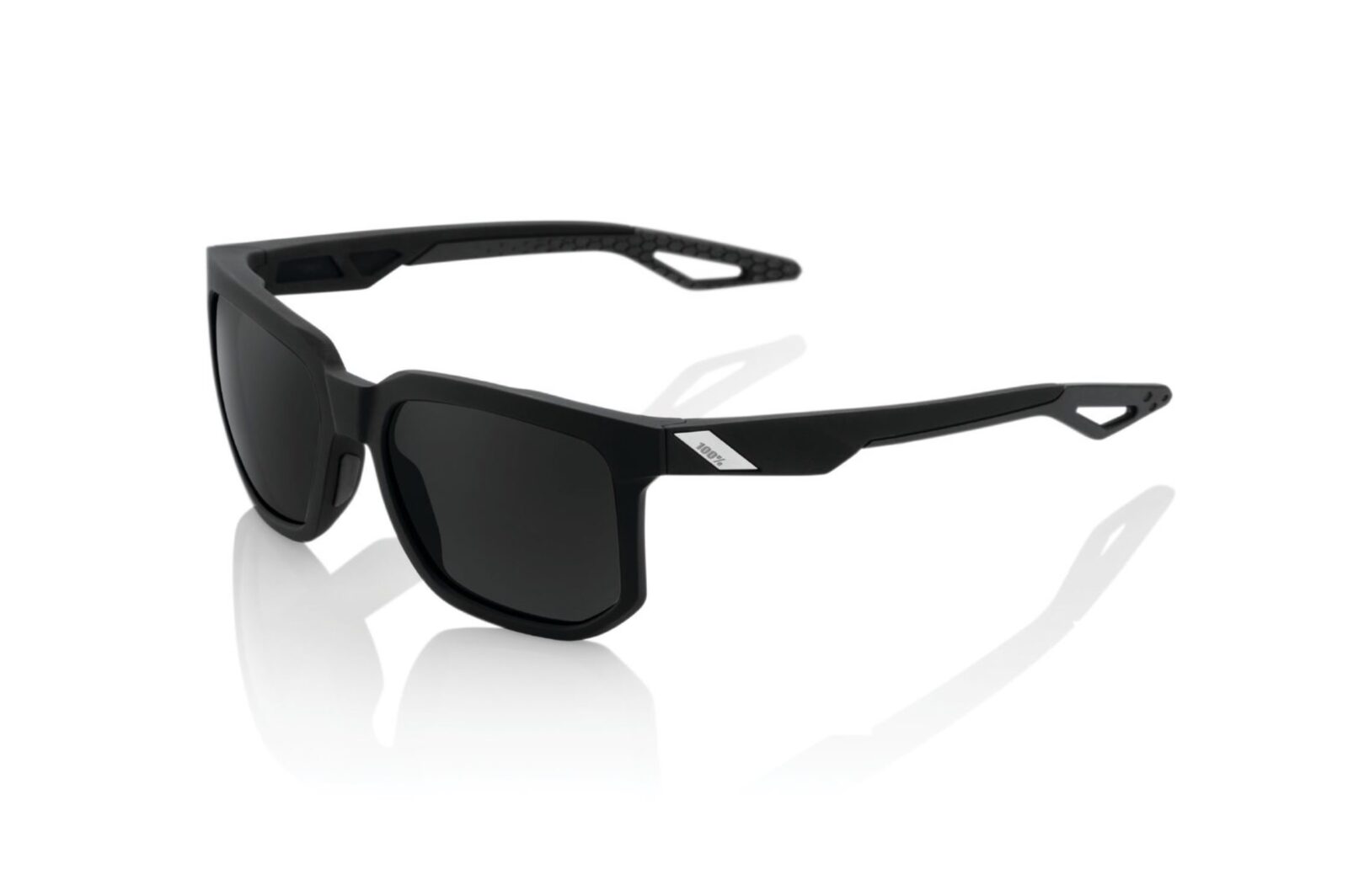 The 100% Centric sunglasses were developed specifically for use by motorcyclists and other who need strong, lightweight sunglasses with impact resistant polycarbonate lenses with a shatterproof Grilamid TR90 frame.

The 100% brand started back in the 1980s as a motocross and BMX gear manufacturer, the company logo sat on racing suits next to logos from the likes of Coca-Cola, Oakley, Miller, and Wrangler Jeans.

In the decades since 100% has branched out into the broader motorcycle market, their line of sunglasses have proven popular due to the fact that they appeal to riders across multiple sectors of the motorcycle world, from supermoto pilots to cruiser riders.

The 100% Centric sunglasses are designed in California and made in Europe, they use 6-base spherical scratch resistant lenses, and they have 100% UV protection (UV 400). The lenses are given a HYDROILO lens treatment to repel water, dirt, and oil, and HiPER lens options are available.

The Grilamid TR90 frame has ultra-grip TPE rubber nose pads and tips, and the frame is prescription ready. The arms/temples of the Centric sunglasses are straight rather than curved, this is to ensure they can be easily put on and taken off when you’re wearing a helmet – fighter pilot sunglasses typically use the same basic design for the same reason.