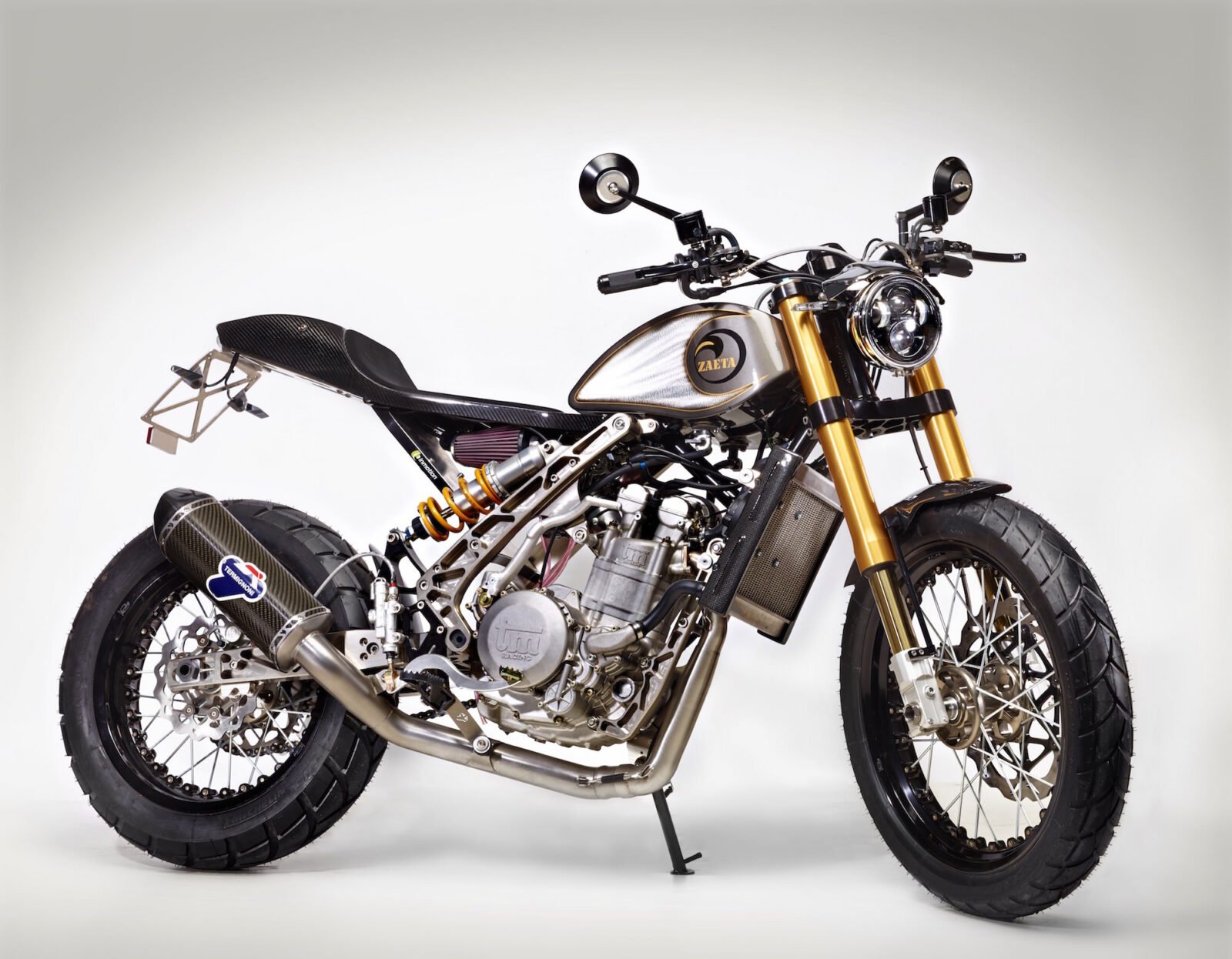 The Zaeta 530 DT is the two-wheeled answer to the question what would happen if the Italians decided to build a flat tracker? Dirt track racing is a sport not native to Europe, though its importance has been demonstrated by a number of superbike world champions from both the USA and Australia who grew up going sideways on mud before transitioning to the asphalt.

The ability to control a motorcycle using throttle and steering input whilst sliding at a 45 degree angle is surprisingly valuable to road racers, and many MotoGP riders spend hundreds of hours each year on dirt tracks learning the art of King Kenny.

Zaeta started life in 2007 as a twinkle in the eye of Paolo Chiaia who was in the USA attending a shareholder presentation for Confederate Motorcycles. At a Daytona short-track race he met fellow Italian Marco Belli, and the two men began talking about what it would take to not only bring flat track racing to Italy, but to create their own uniquely Italian dirt track racer.

The goal for this Italian tracker was to ensure that it was state-of-the-art in every respect, so that the créme de la créme of MotoGP riders could use the Zaeta for slide training and take their newly acquired skills straight back to their superbikes.

A 528cc single-cylinder engine was selected as the power unit, capable of 55 hp (in road legal trim) and it was coupled with a 5 speed transmission.

Inverted Marzocchi forks were fitted up front and an Öhlins monoshock was used in the rear, the complex billet aluminium frame and swingarm was developed by a team of former MotoGP engineers at In-Motion – the frame uses the engine as a stressed-member which helps to keep weight down to just 115 kg (255 lbs).

As you’ve probably already realised, the power to weight ratio on this bike is roughly equivalent to uncut methamphetamine and easily on par with anything else you’re likely to find on the dirt tracks of the United States or Australia. The good news is that the bike also happens to be road legal and available in both Europe and North America, although it certainly isn’t cheap, it is reassuringly well-engineered. 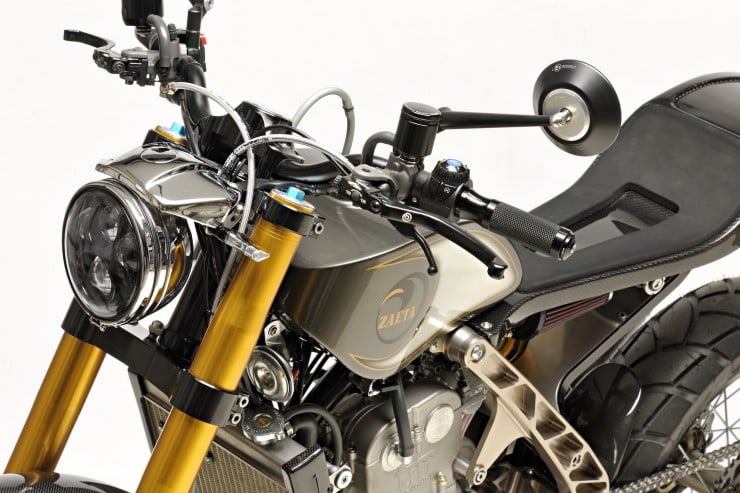 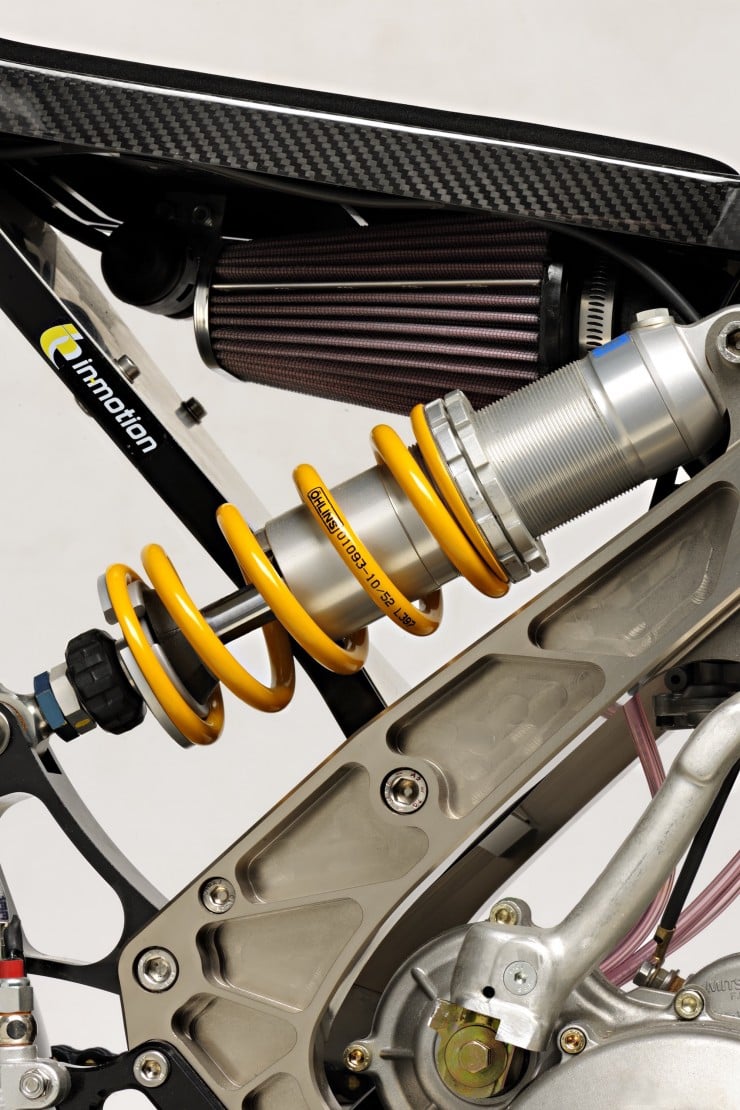 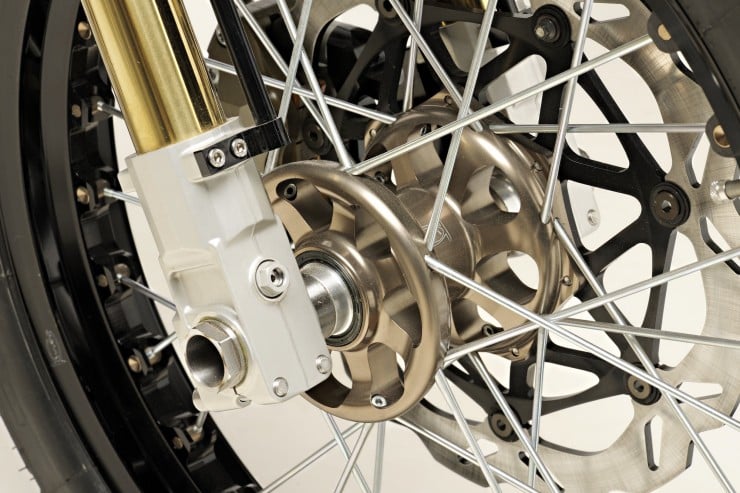 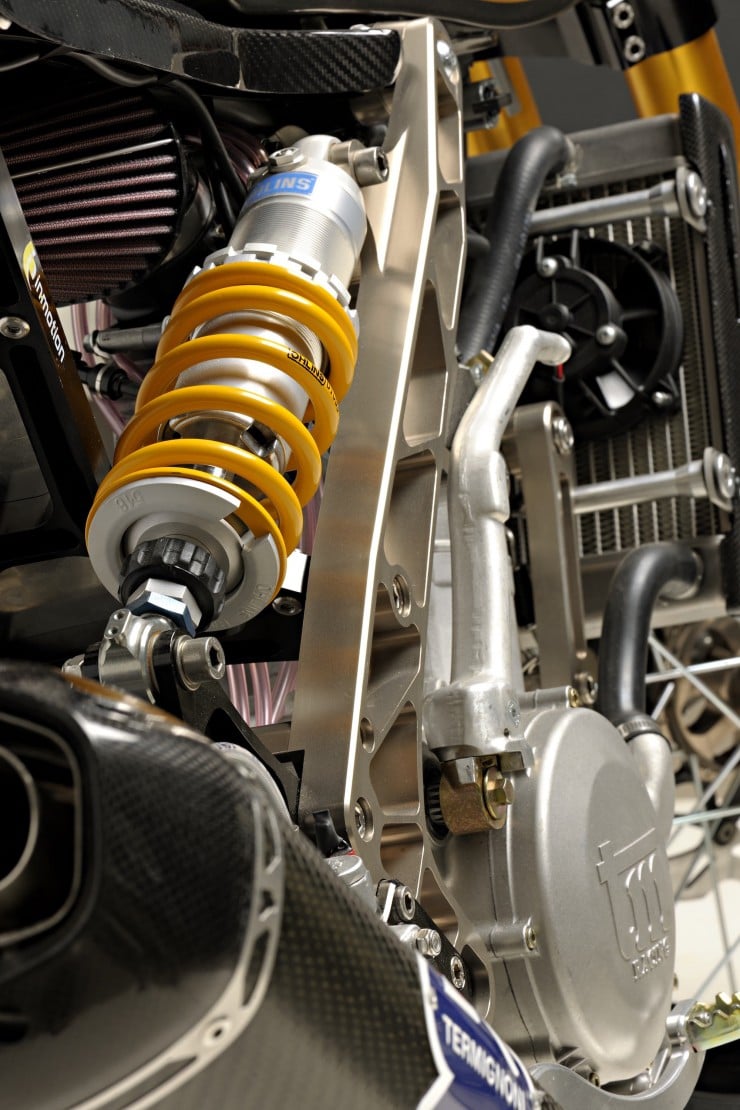 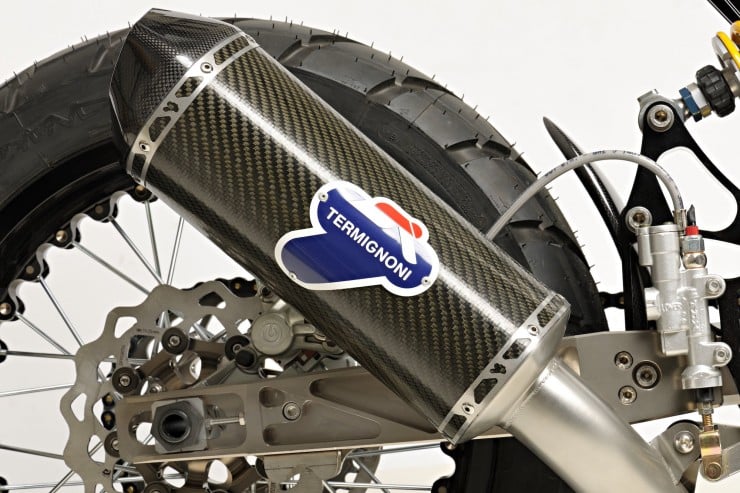 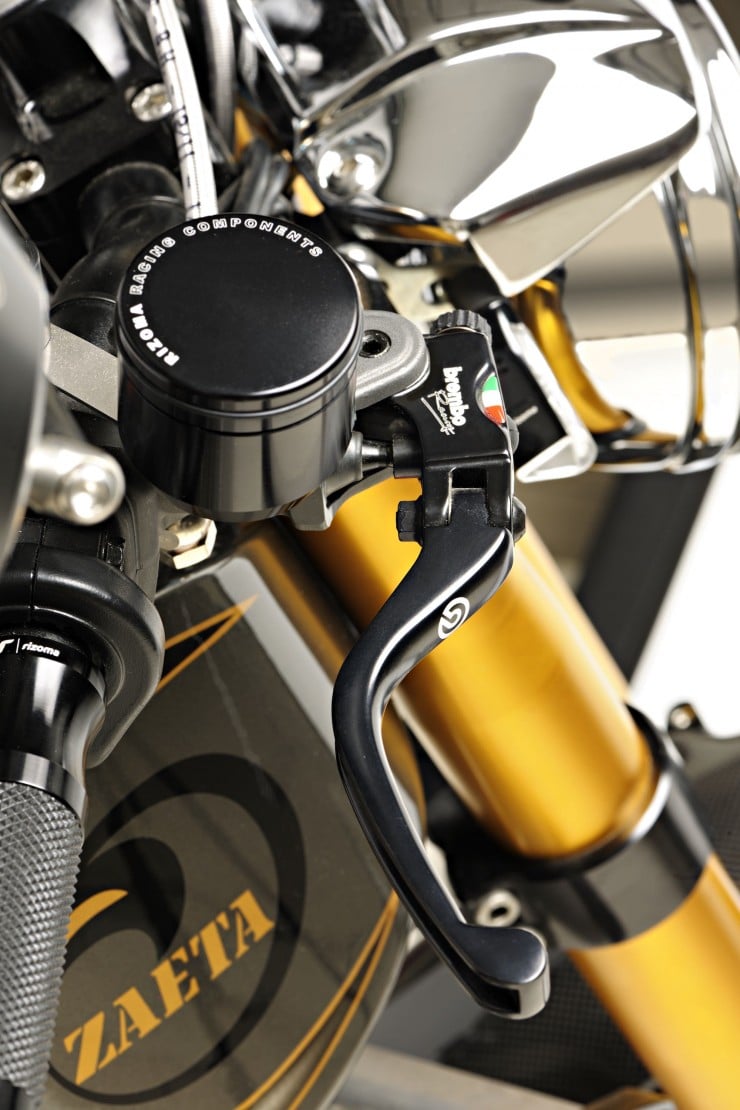 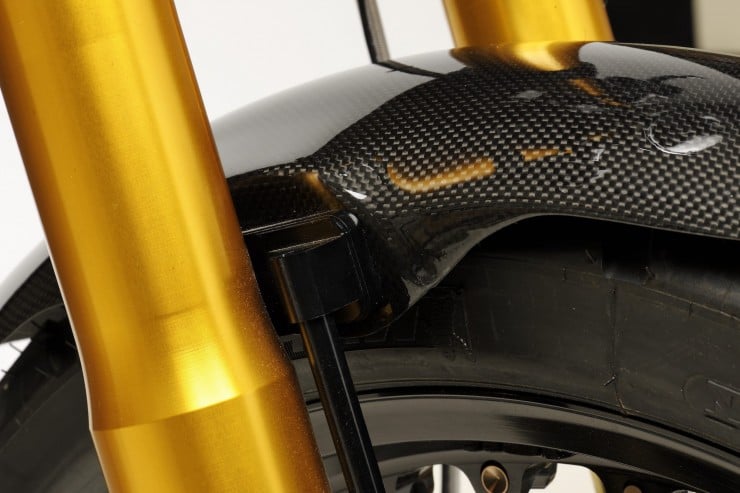 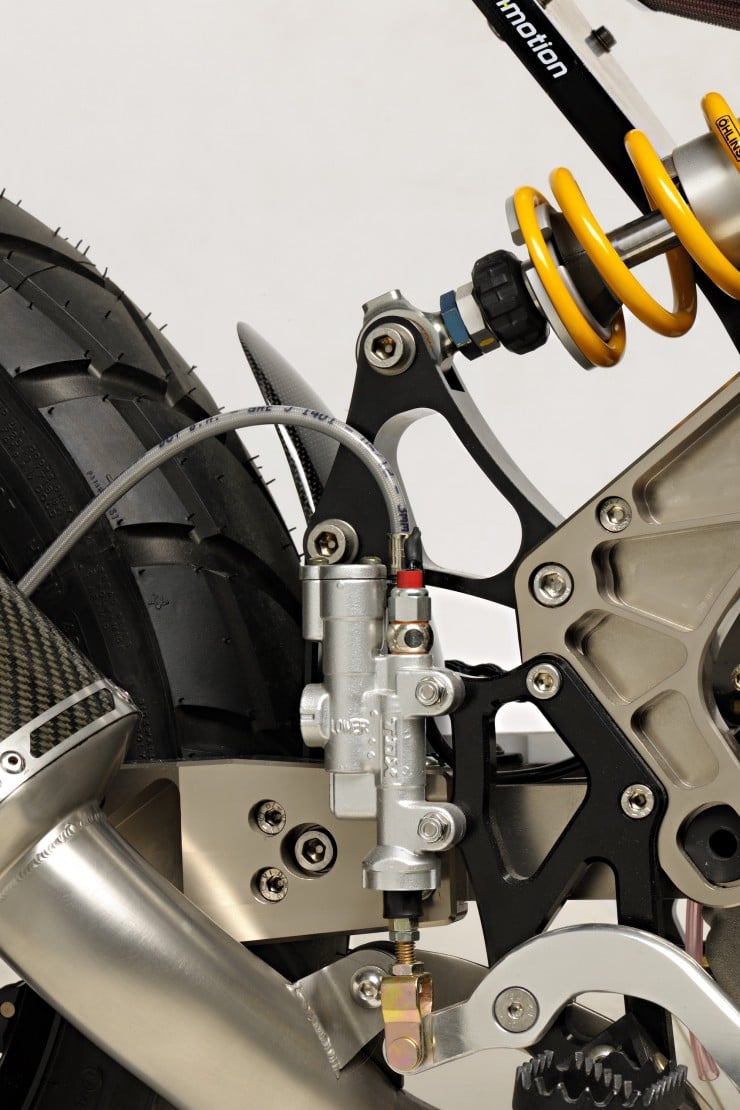 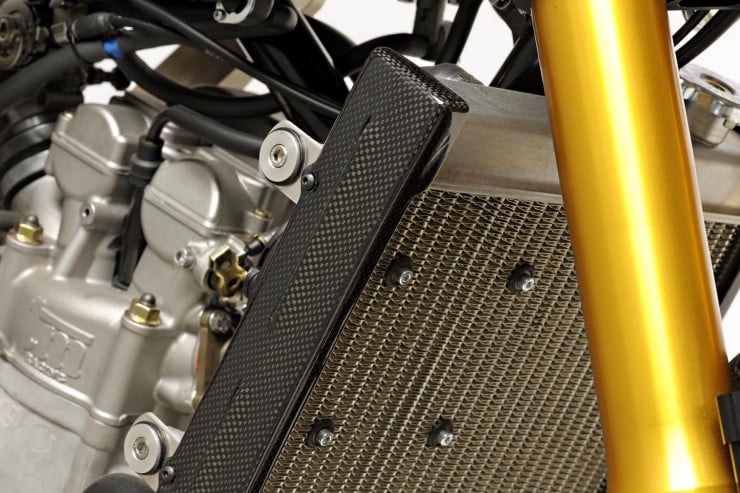 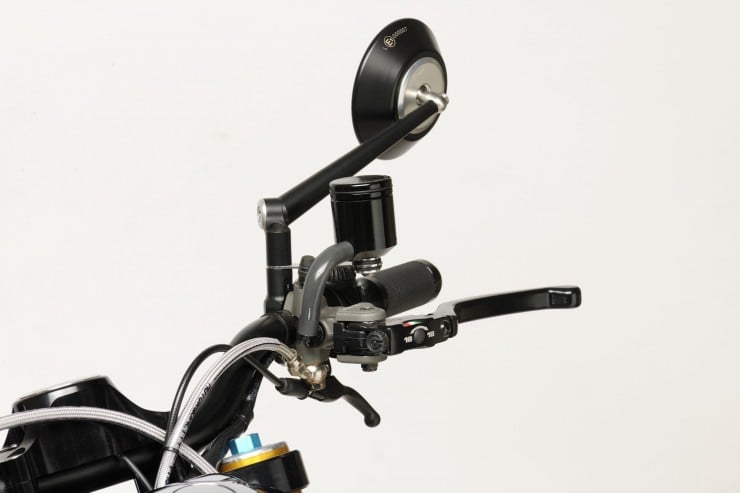 All images by Paolo Carlini 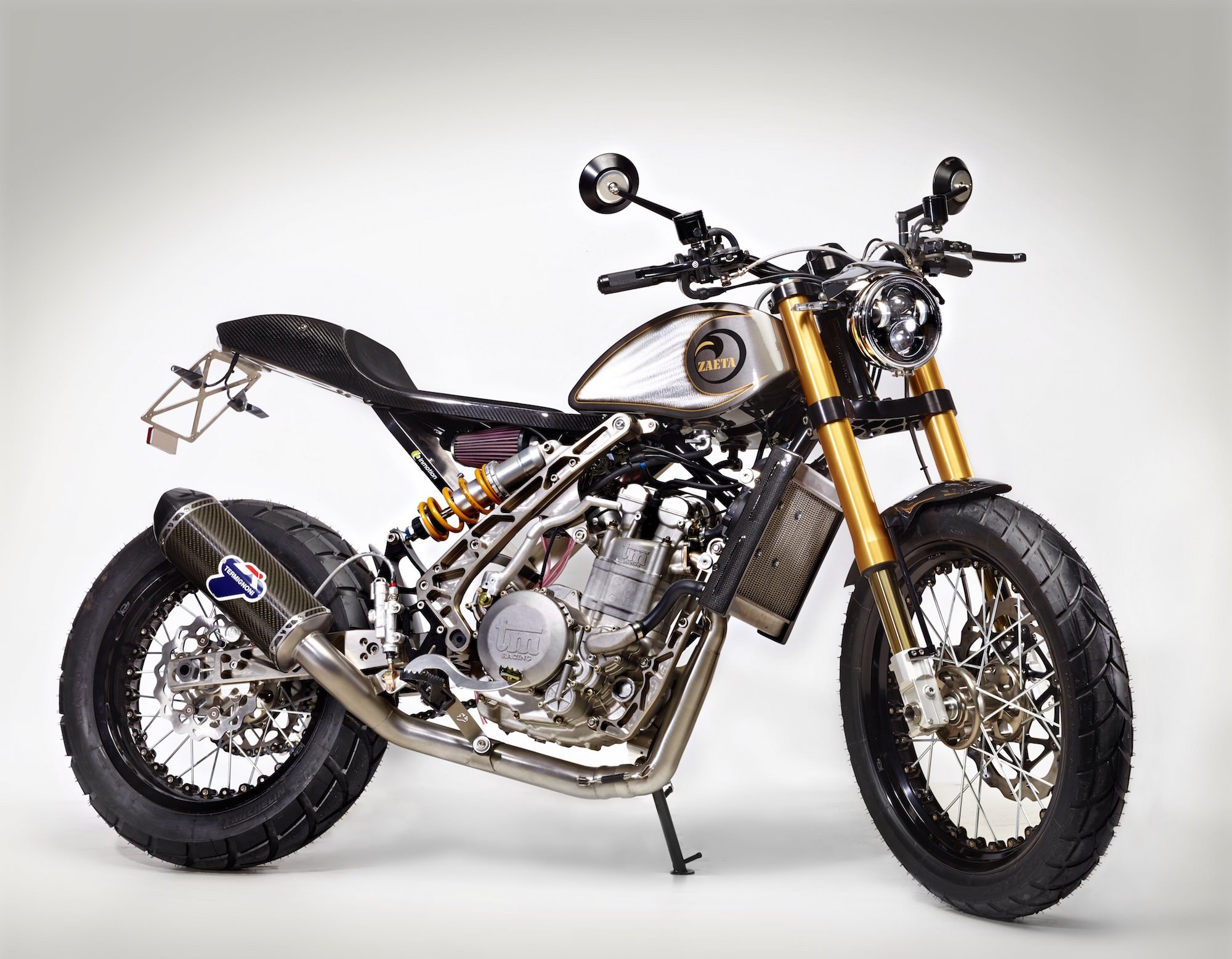