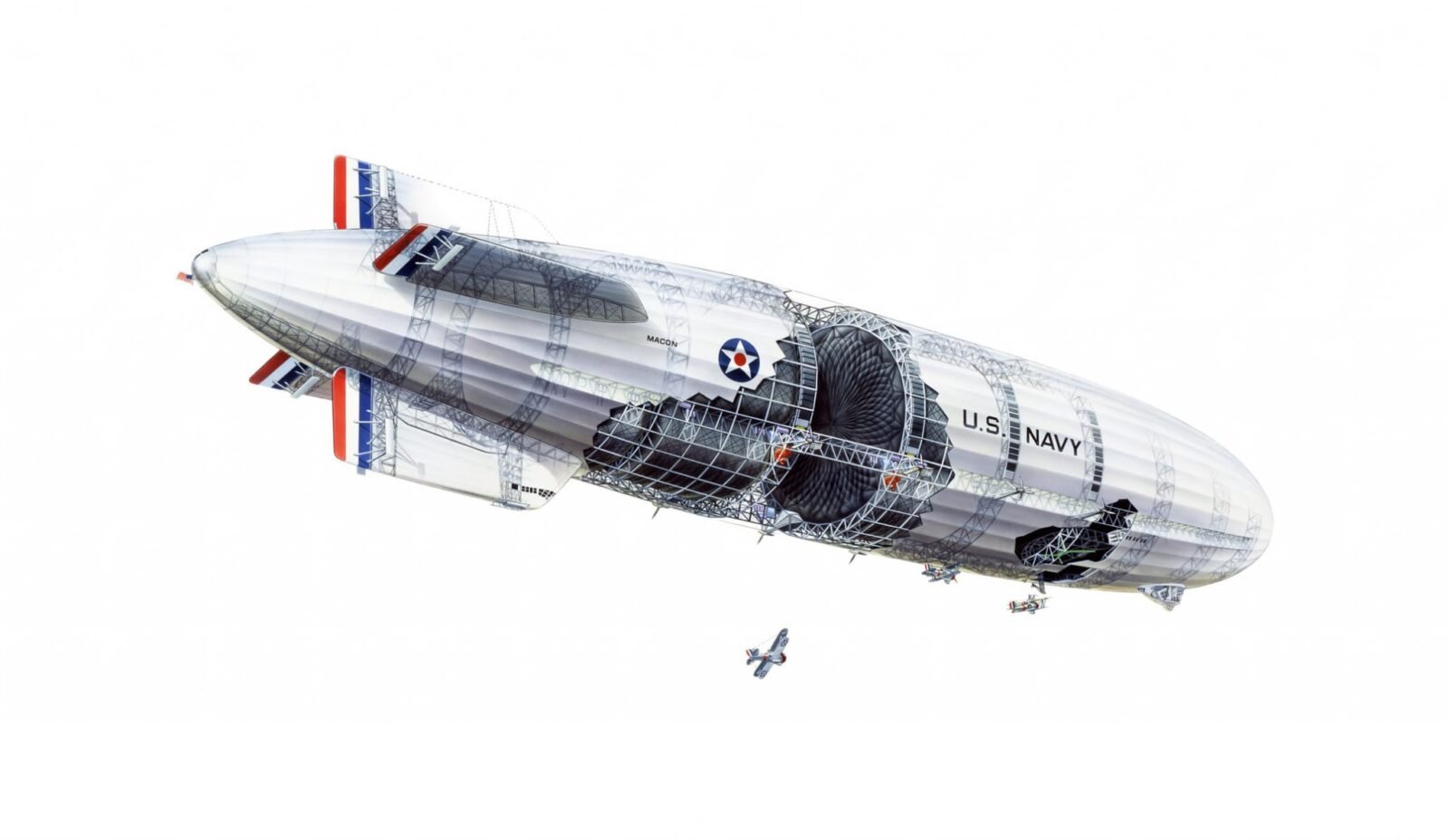 The USS Macon and its sister ship, the USS Akron, were the largest helium-filled airships ever made. They were launched in 1933 and 1931 respectively, and each only had a service life of roughly two years – both were lost in separate severe storms.

Macon had a hull made from structured duraluminum with three internal keels, it held its helium in 12 gas cells made from a lightweight gelatine-latex material and power was provided by 8 Maybach 12 cylinder engines each capable of 560 hp, and each able to be rotated up, down, left and right, as an early example of thrust vectoring.

Both the Macon and the Akron operated as flying aircraft carriers, they could carry up to 5 Curtiss F9C Sparrowhawk aircraft which were typically used for scouting. Interestingly, the water vapour was condensed out of each engine’s exhaust gasses and stored as secondary ballast – this compensated for the weight of fuel lost during operation. 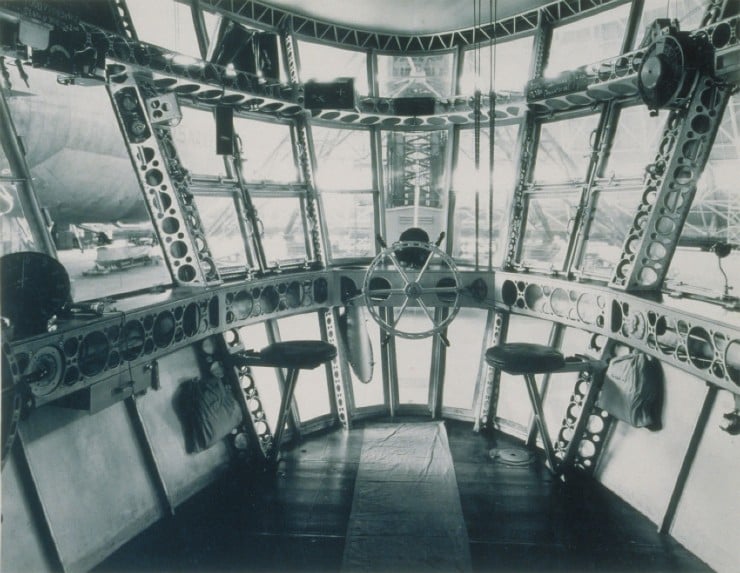 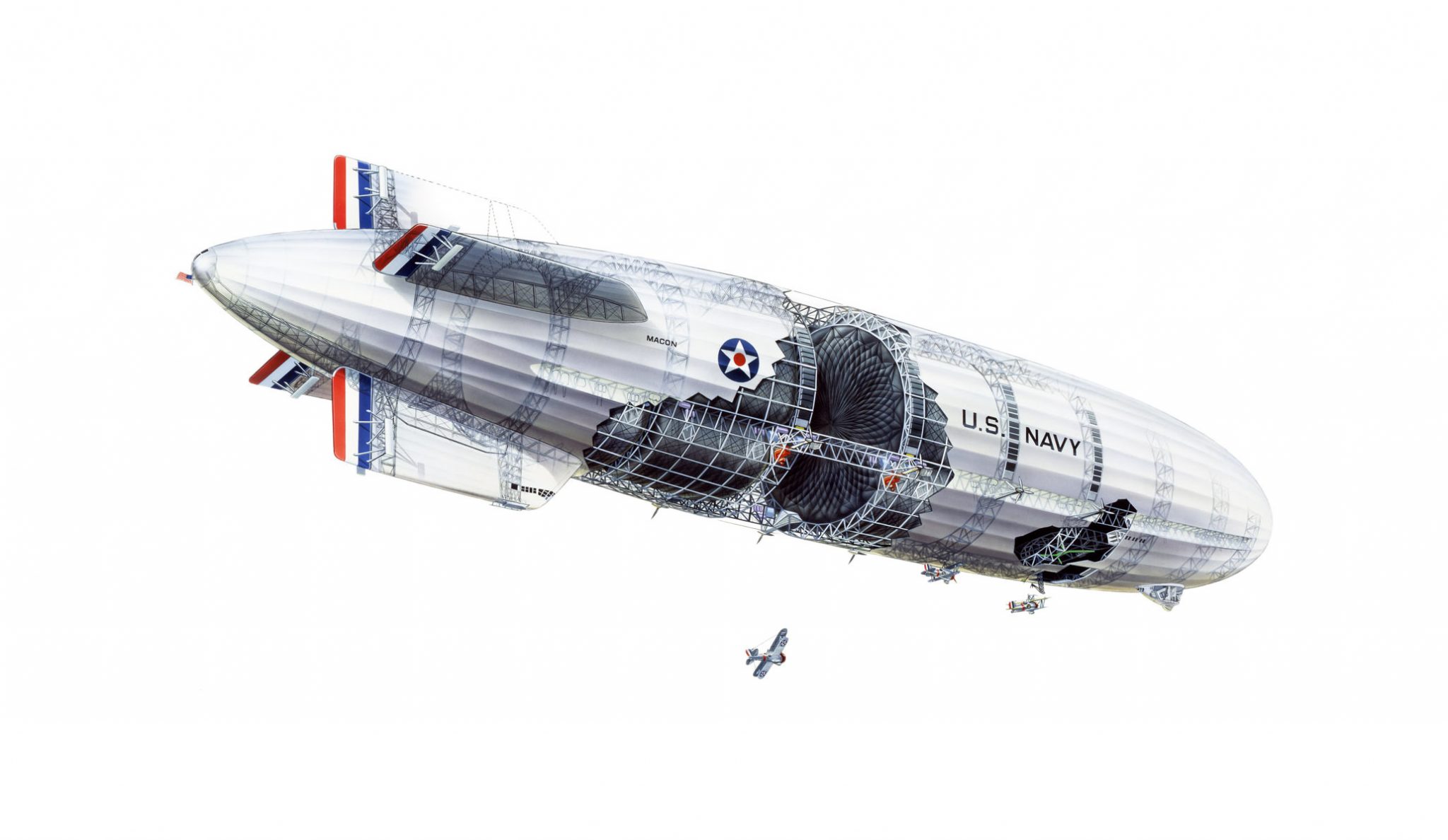