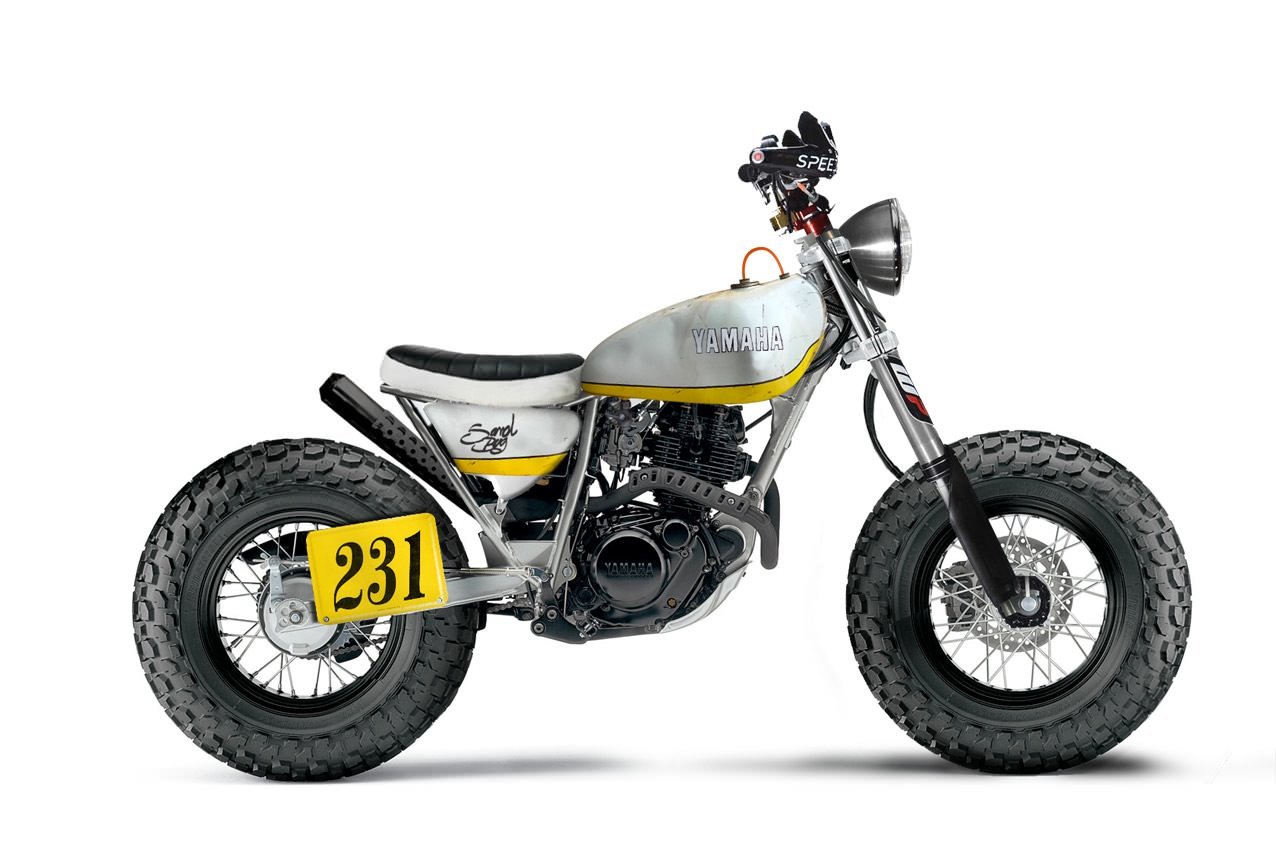 This brilliant Yamaha TW200 custom is the work of art director and designer Joao Alves of somosEstudio, though if you want to ride it you’ll have to build it yourself as this is actually a photoshop-custom in the same vein as Joao’s previous work, a Custom Kawasaki Zephyr 750.

Looking for all the world like a perfect breach-racer, Joao fitted the TW200 with a 1974 Yamaha Trial TY250 fuel tank, a set of enduro grade WP front forks, Renthal handlebars with knuckle protection and a machine gun style exhaust.

Sadly I don’t quite have the skills to make this bike a reality, but once it becomes possible to climb into my computer I’ll ride the bejesus out of it.