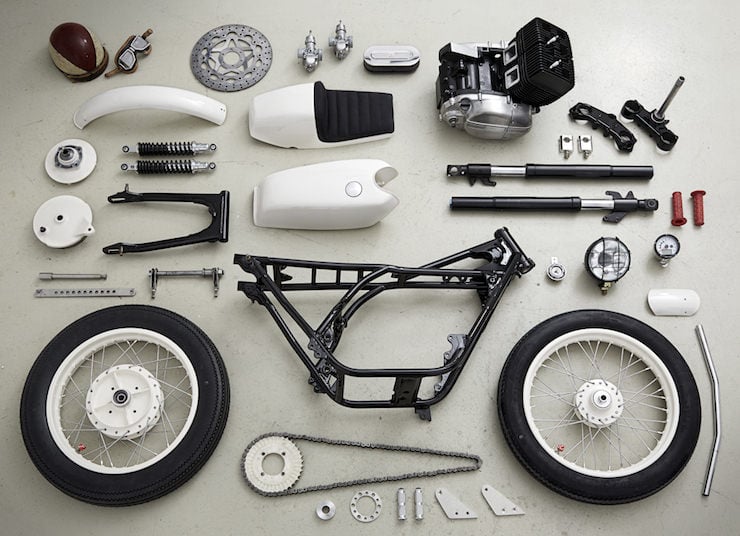 This Yamaha RD250 is a phoenix of sorts, it was being sold in Germany on eBay earlier this year and was more than likely to end up as scrap. Two strokes are not the most popular thing in renewably-powered countries like Germany and this one would have been destined for a vat of molten steel, being converted into a slab of monkey-metal for recycling.

Or that would have been the case, had Patrick Sauter not stumbled across it and noticed that its “Buy It Now” price was almost exactly the same number of Euros that he had left over from his birthday a few months before.

Patrick is a student by morning and the editor of Enduro Mountainbike Magazine by afternoon, one of his great passions is vintage 2-strokers and as fortune would have it, his father shares the same passion. After Patrick bought the Yamaha RD250 he wheeled it creaking and leaking into the garage and set about a months long father-son project of tearing it down, fixing it and putting it back together. 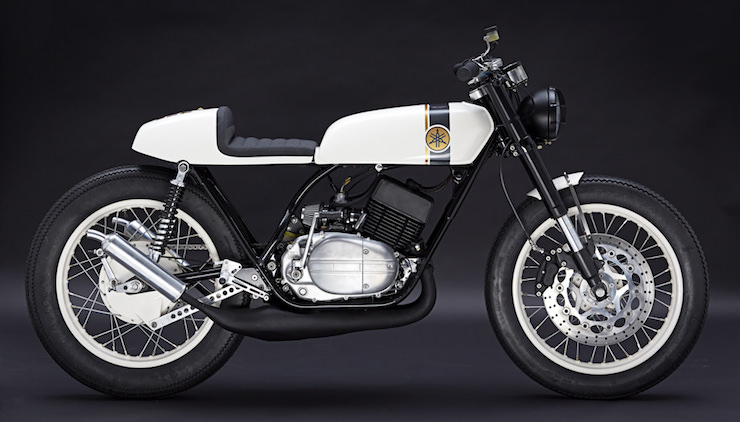 Now I don’t know about you, but if I ever needed brain or heart surgery, I’d ideally like to get it done in Germany. The German people have a fantastic ability to do things so thoroughly and so properly that it’s a wonder why we don’t just get them to take over Congress. This bike is no exception, I’d say without a doubt that it’s in better condition now than when it left the factory, take a look at some of the close-up images and you’ll see what I mean – it’s just immaculate.

Patrick managed to get himself the inverted forks from an Aprilia RS125 and bolt them on, giving the bike a more forward-leaning stance and more reliable compression. For the fuel tank and seat, he got his hands on two old Honda CB50 fuel tanks – one of which was modified into a seat/rear-cowling. The rims were painted a matching cream, then he added up a pair of the unmistakeable Firestone Champion Deluxe tires.

If you’d like to follow the build from start to finish, Patrick actually kept a detailed build thread on 2StrokeWorld here which is worth seeing for anyone interested in the hands-on aspects of bike building. We’ll be staying in touch with Patrick and will bring you any new builds he does, in the meantime you might want to checkout the similar build by Analog Motorcycles that we covered last year. 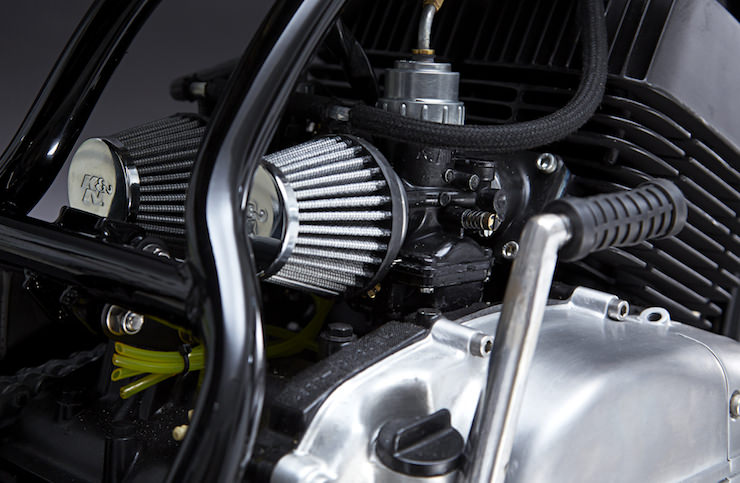 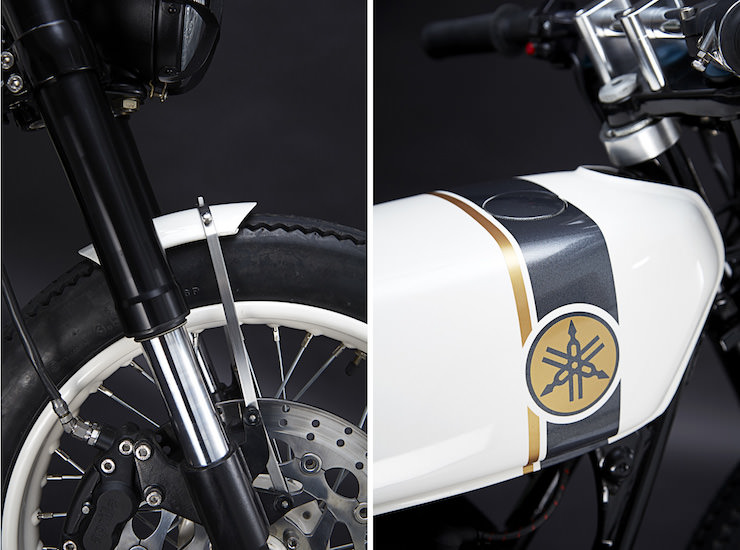 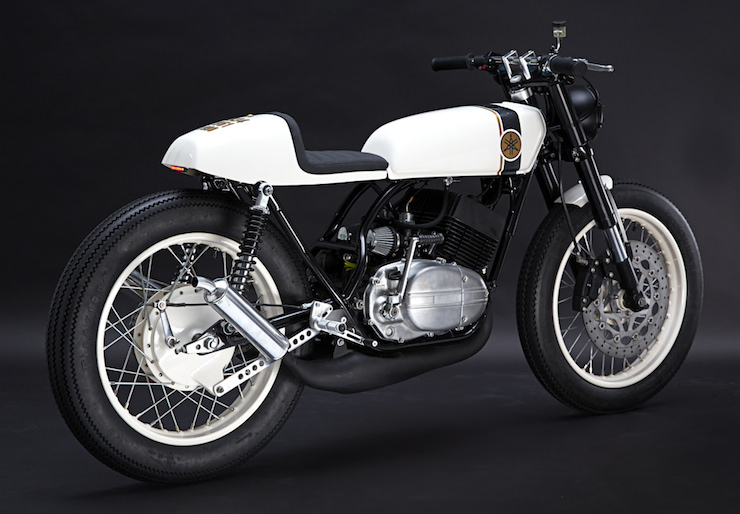 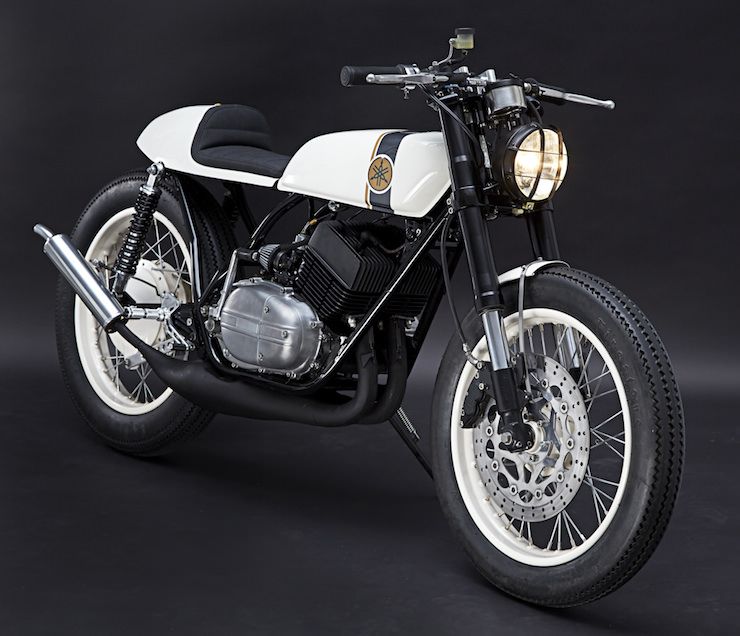 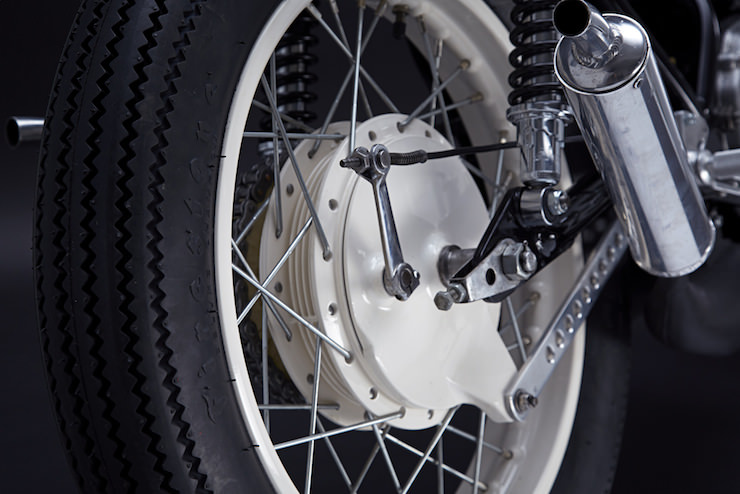 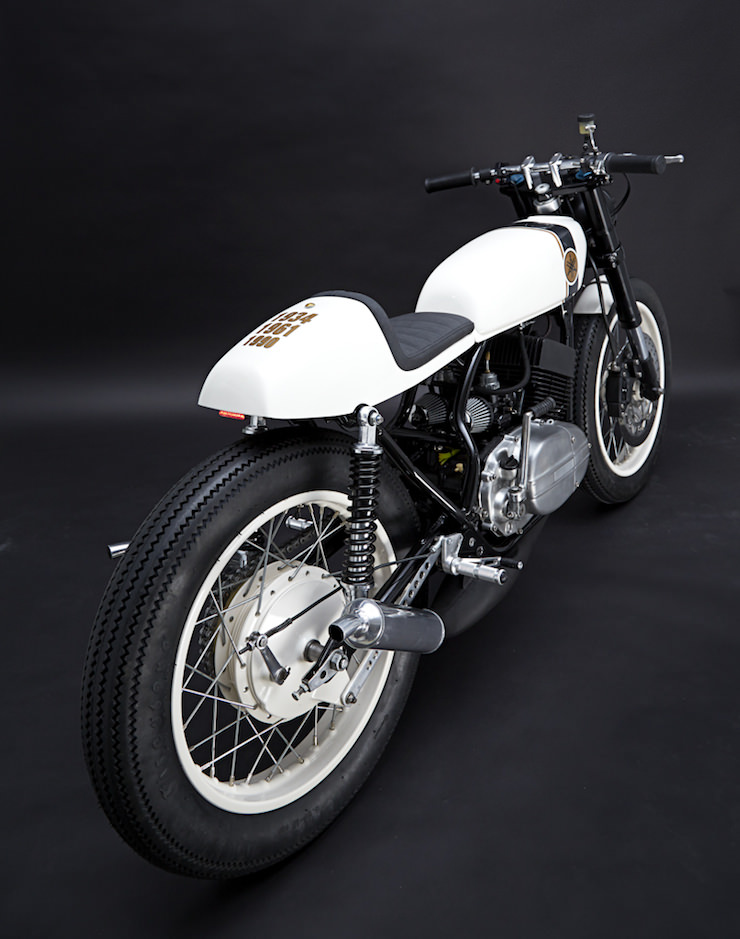 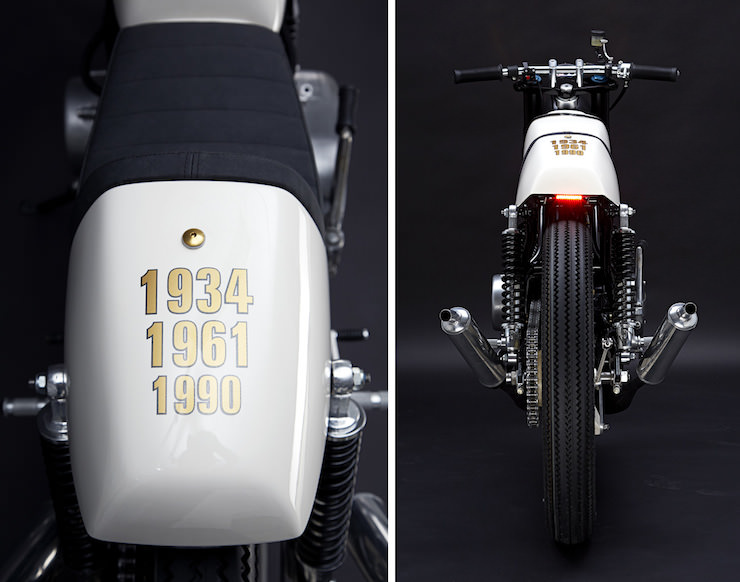 All photographs courtesy of Fabian Rapp. 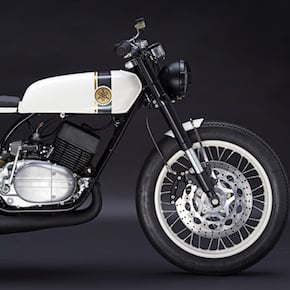