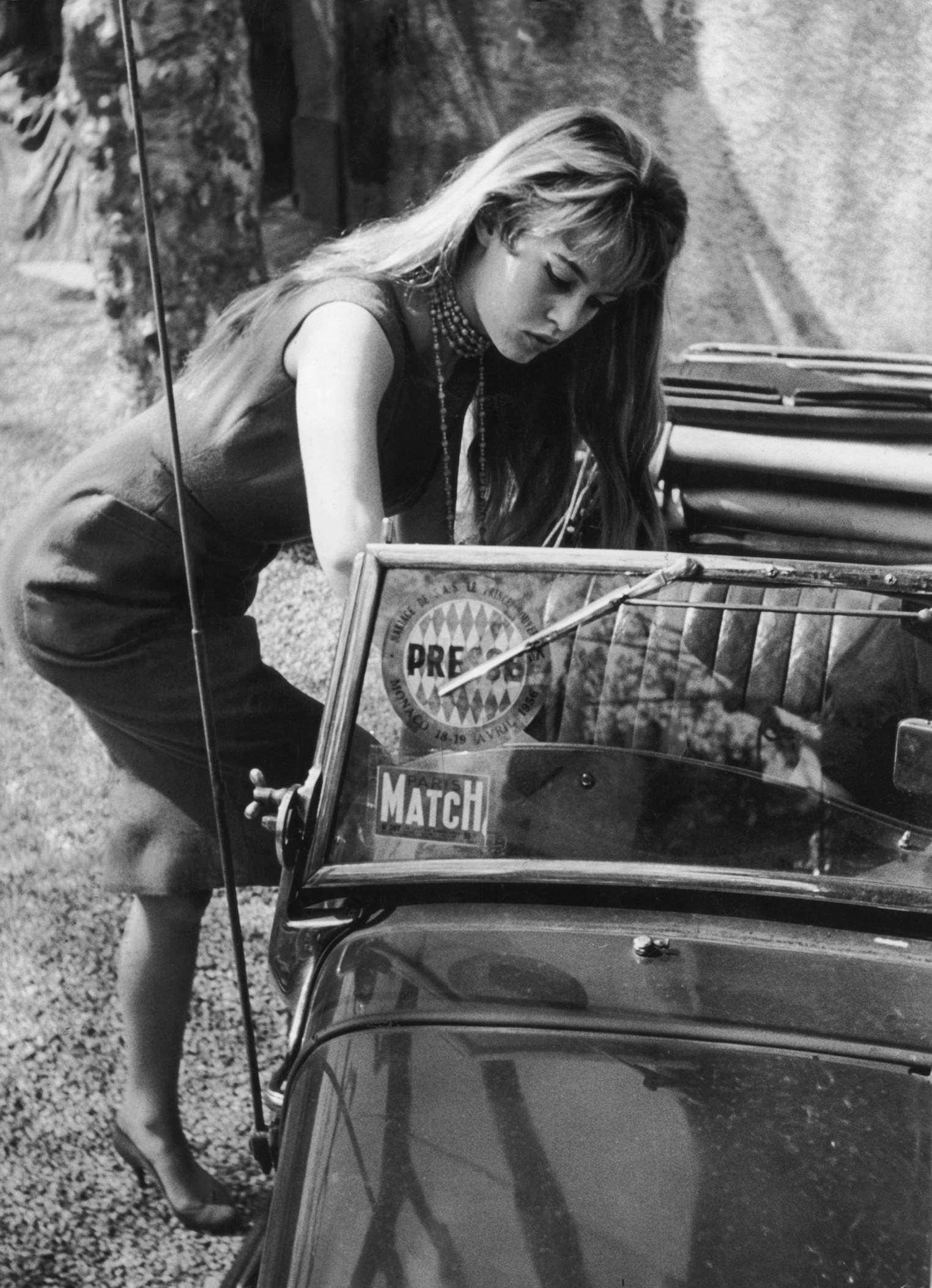 This is Brigitte Bardot back in the early ’60s, I did a little research into the car that she’s leaning into but I wasn’t able to nail down the exact make or model. I’m guessing (probably incorrectly) that it’s an old MG.