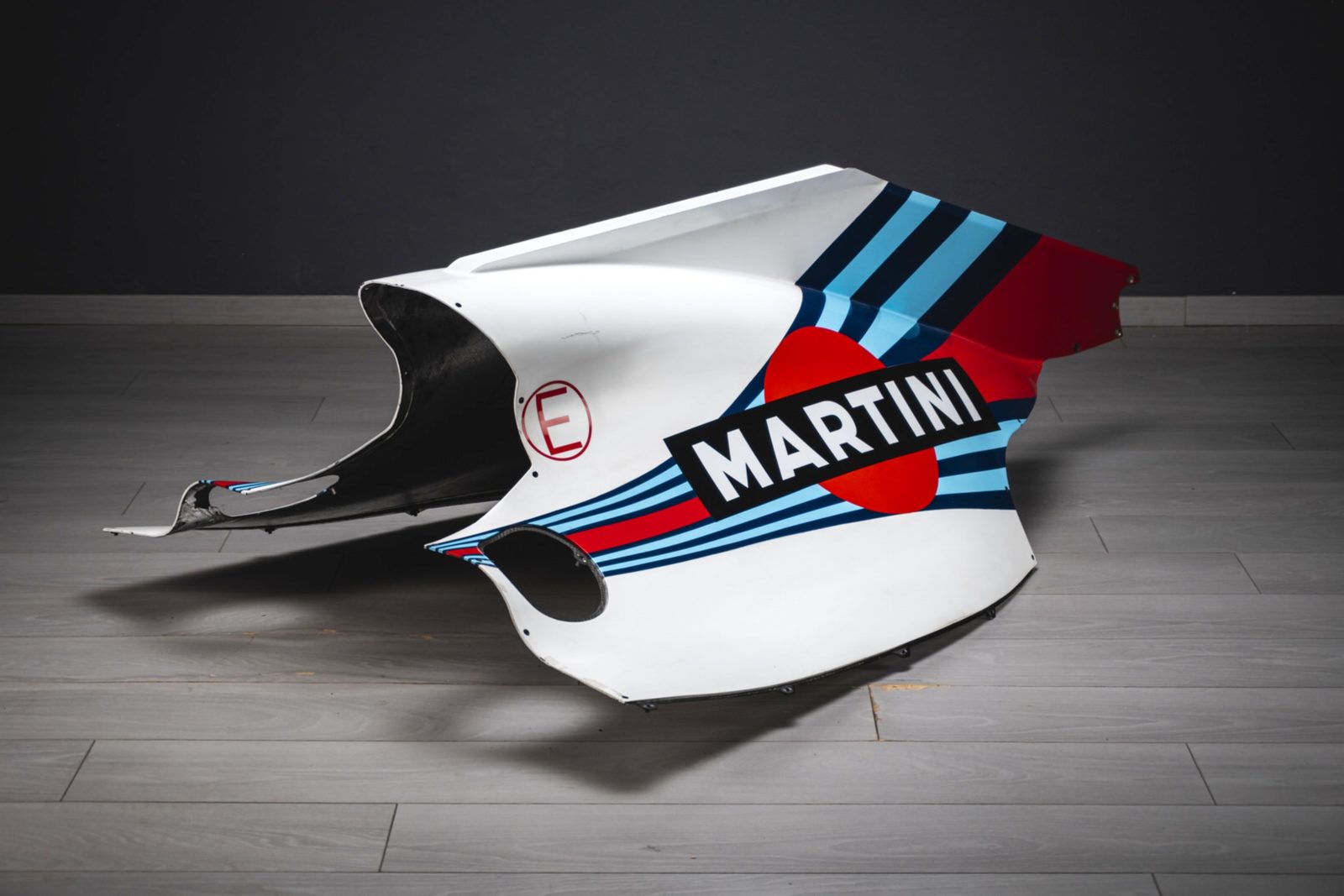 This is an engine cover from one of the Williams FW41 Formula 1 cars from the 2018 season, it features the legendary Martini racing livery and it’s remarkably lightweight due to its carbon fiber construction.

The Williams FW41 was first raced at the 2018 Australian Grand Prix, the team’s drivers were Lance Stroll and Sergey Sirotkin. The car was designed by Paddy Lowe and Dirk de Beer with power provided by the Mercedes M09 EQ Power+ 1.6 liter turbocharged V6.

The 2018 wasn’t the most successful season for Williams, they claimed just three points finishes by the end of the year, notably less than the 2016 and 2017 seasons. Despite this the car was regarded by many to be one of the most beautiful on the grid, thanks in large part to the iconic Martini livery. 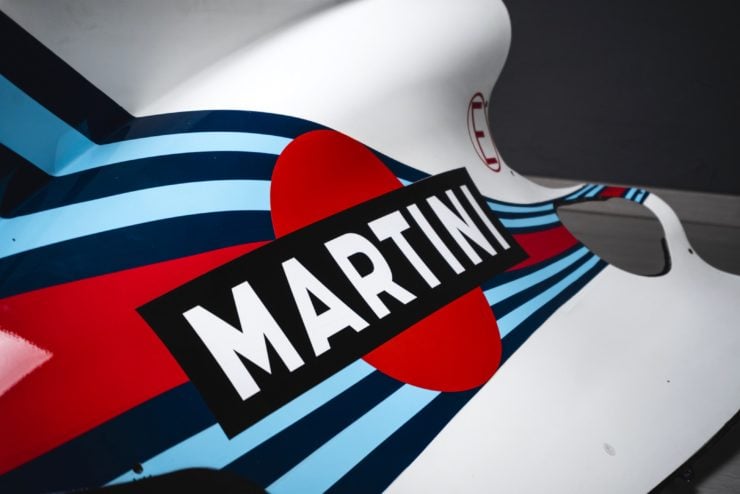 The Martini livery is one of the best-loved in motor racing history and it’s not hard to see why. It’s been applied to Formula 1 cars, Le Mans racers, and rally cars, and it looks equally at home on all of them.

The Williams team, officially called Williams Grand Prix Engineering, entered its first F1 race in 1977. It was founded by Frank Williams, a man who would go on to be one of the most memorable team owners in the sport’s history.

The FW41 engine cover is currently for sale via Halmo, the price is listed as “POA” or “Price on Application,” which in my experience means it’s well out of my price range.

If you’d like to read more about it or visit the listing you’ll find it here on Car & Classic. 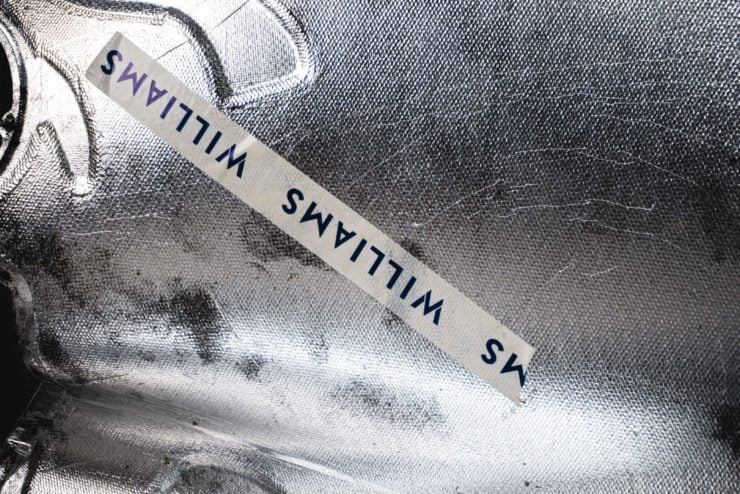 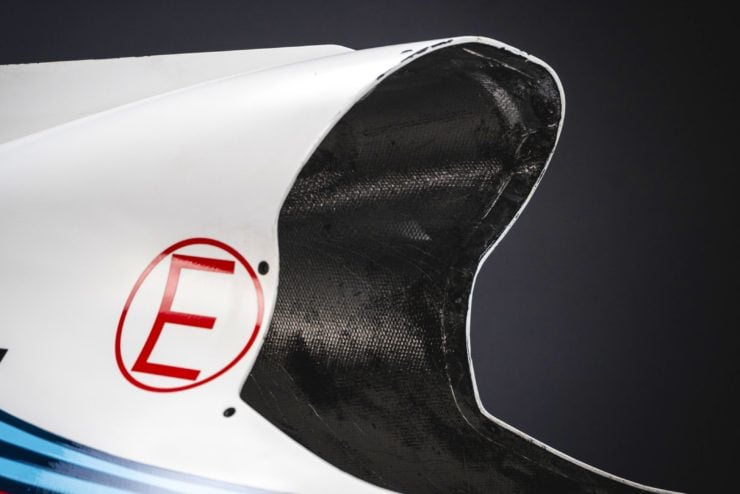 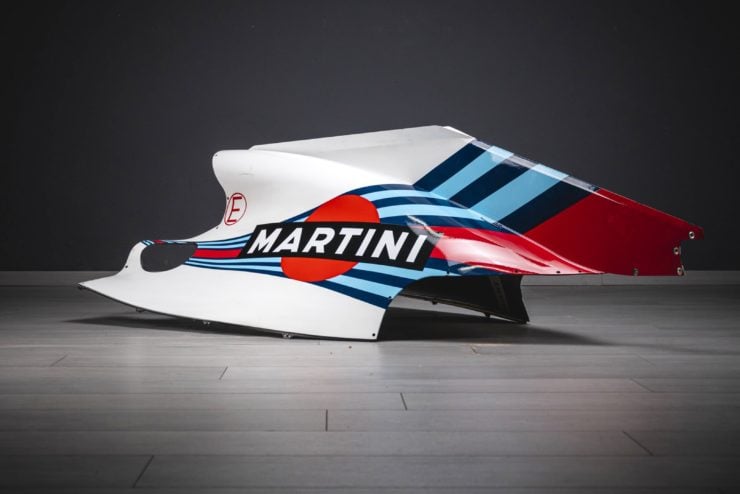 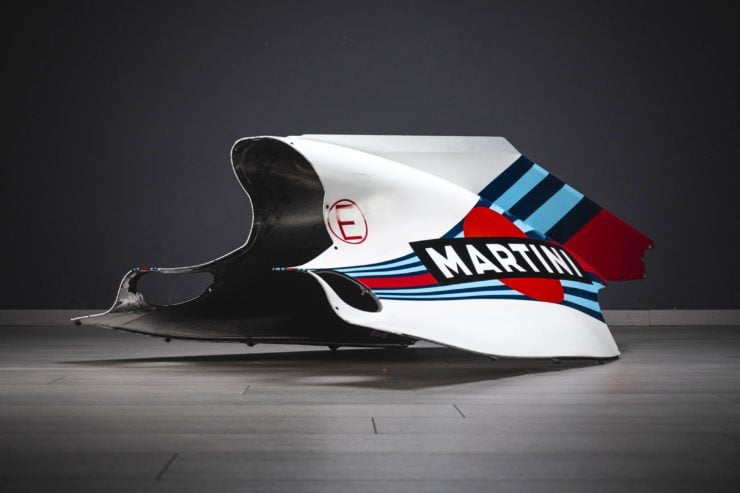 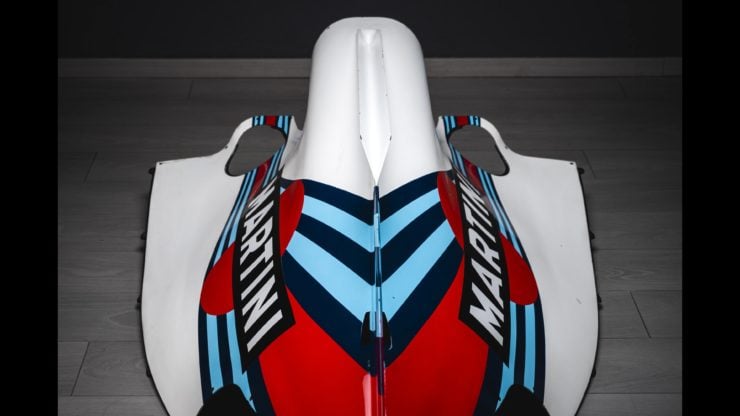 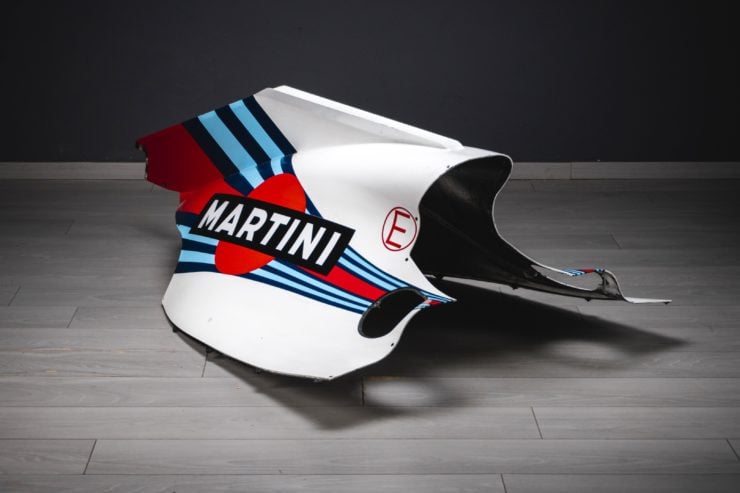 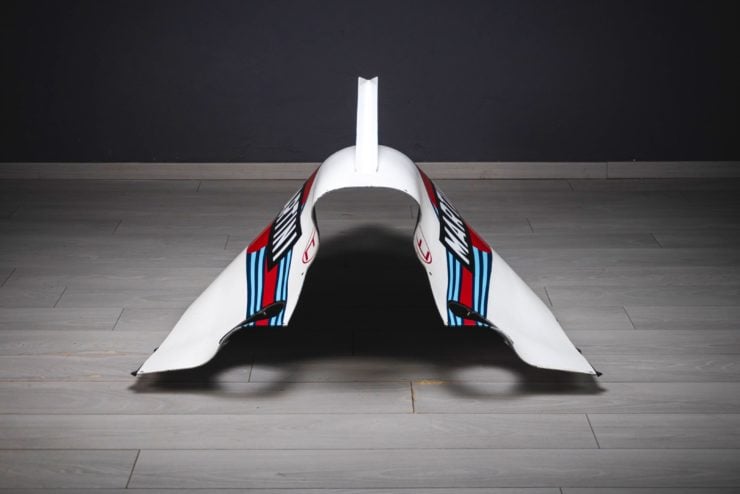 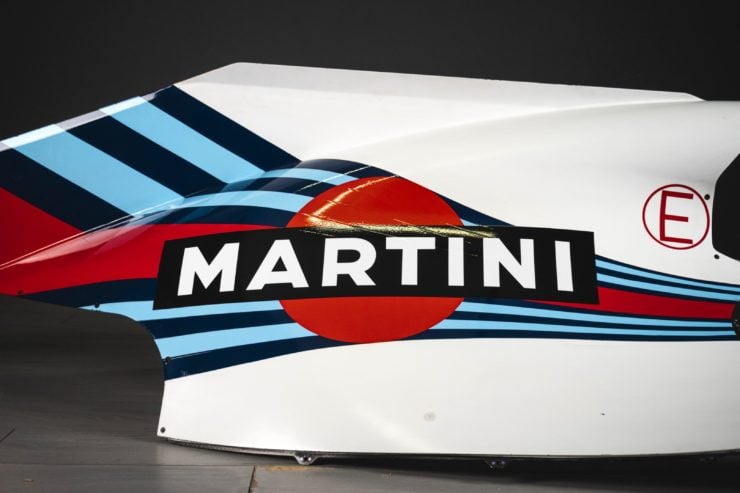 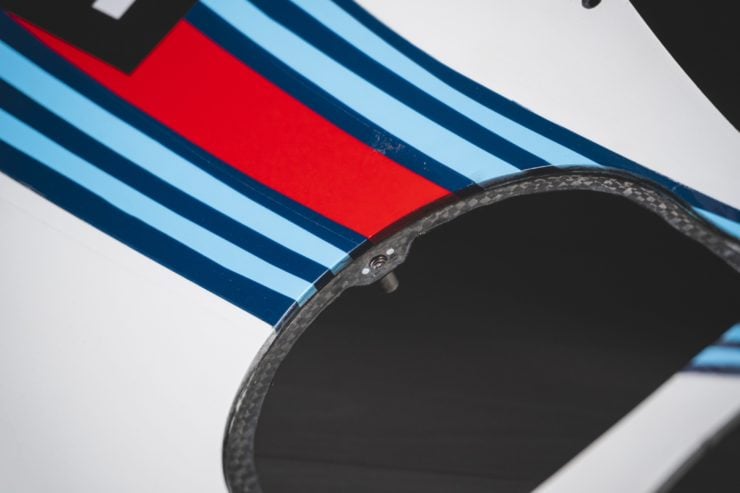 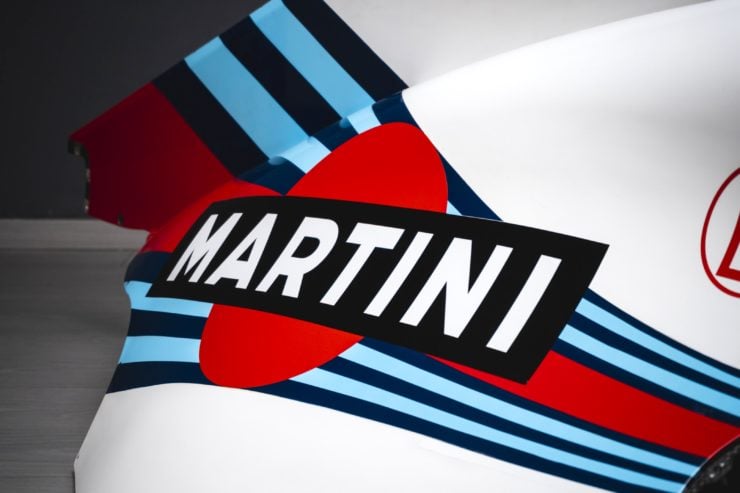 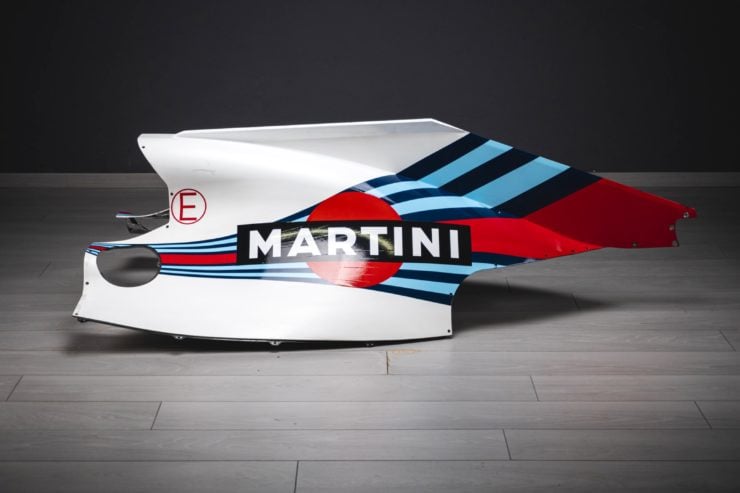