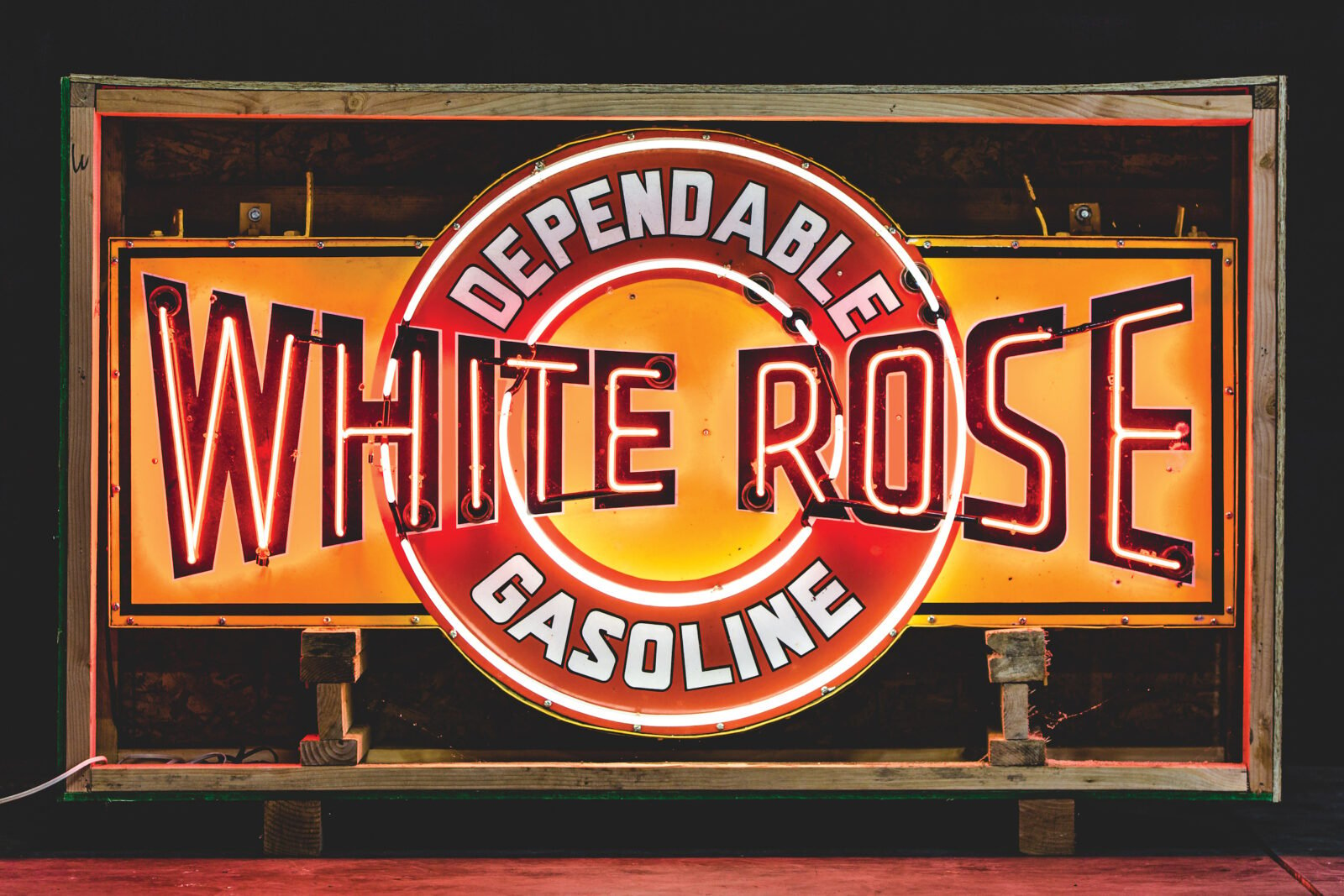 Neon White Rose Gasoline signs could be seen on highways and byways coast to coast in the early to mid-20th century.

The White Rose trademark belonged to The National Refining Company located in Cleveland, Ohio. The company had started out refining kerosene which had been widely used for lighting homes before the invention of the light bulb and the widespread adoption of electricity.

White Rose Gasoline first appeared in 1905 as one of the first premium gasolines ever offered, and it proved popular with Americans and Canadians as automobiles became more and more ubiquitous from coast to coast.

Neon signs like this become a common sight, typically mounted outside gas stations to draw in passing motorists. Vintage sign collectors prize examples like this with fully-working neon elements, the sign measures in at 40 inches × 71 inches or 3.33 feet x 5.91 feet, and it’s listed as being in 8.5/10 condition.

The sign comes in a wooden protective crate to protect the delicate glass, the “White Rose” part of the sign is in red and the twin circles around the “Dependable Gasoline” centre are in white. The listing states that the sign has very good gloss and color with a few tiny chips in the field. 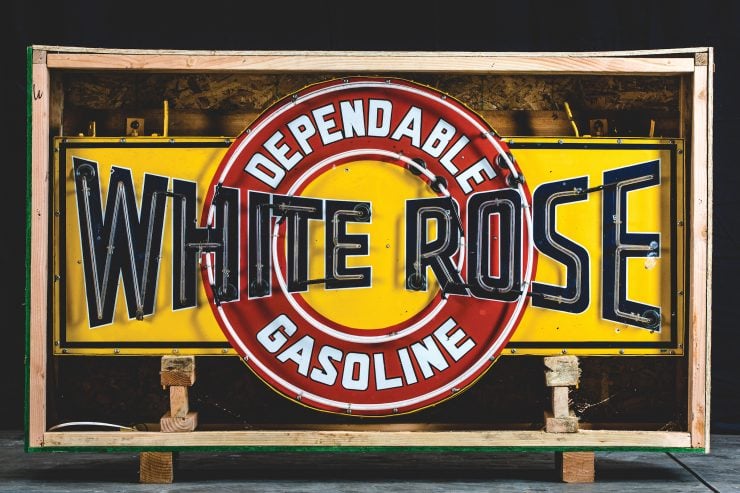 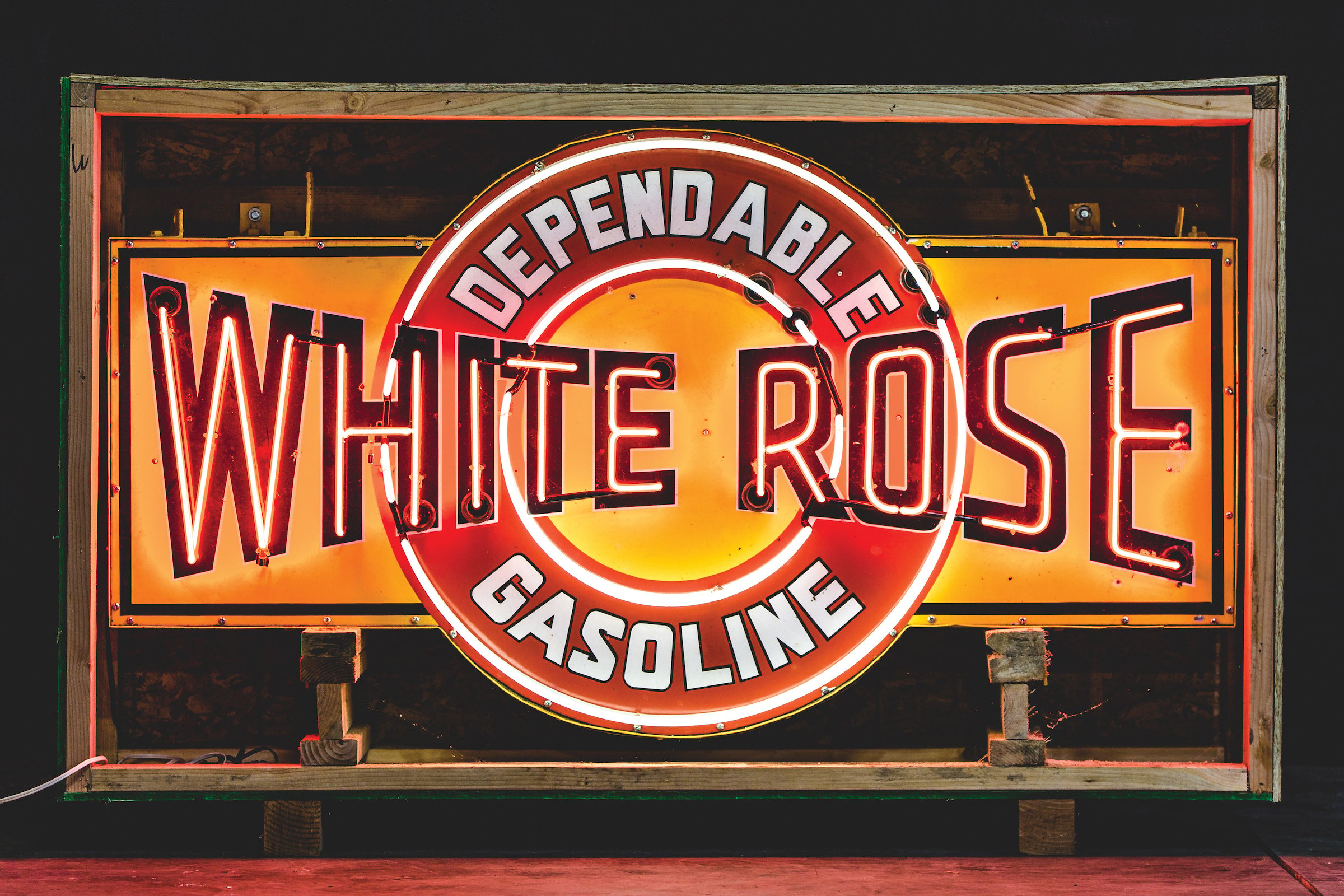