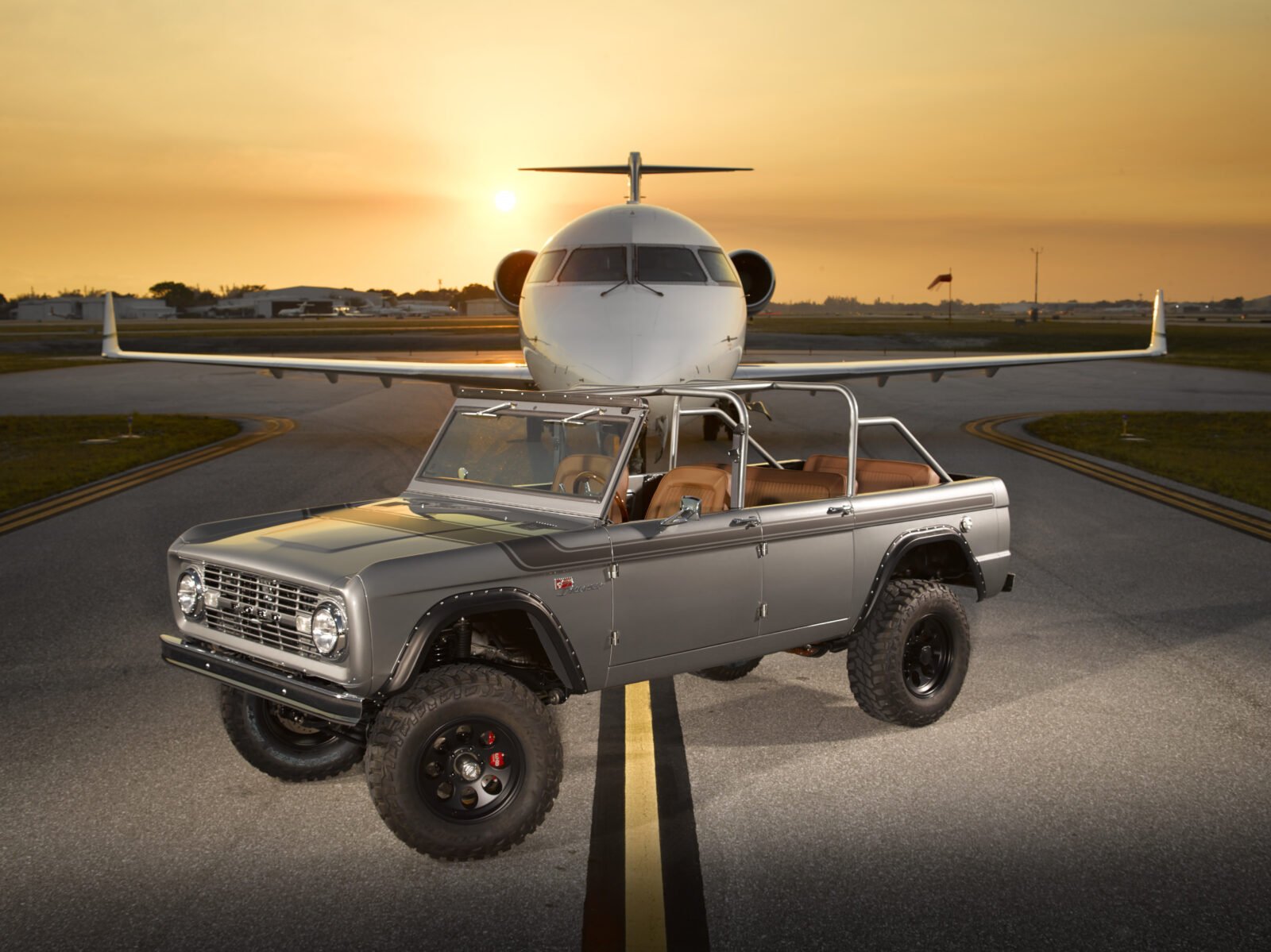 This Ford Bronco restomod has been comprehensively built from the ground up to be something the factory never originally offered in 1969 – a four-door six-seater with 460 hp, air conditioning and a keyless push-button start.

The Ford Bronco was initially conceived by Donald N. Frey, one of the men responsible for the Ford Mustang. Ford needed a competitor for the Jeep CJ and the International Harvester Scout to establish a foothold in the then-new genre of SUVs.

The design of four-wheel drives in the 1960s was somewhat simple, the first Broncos of 1965 had a body-on-frame design with live front and rear axles, an inline-six cylinder engine borrowed from the Ford Falcon, all the glass was flat, and the right and left door skins were interchangeable.

The Bronco became and instant classic, quickly establishing a strong foothold in the United States that continues to this day – Ford is due to release an all-new 2020 version of the vehicle. 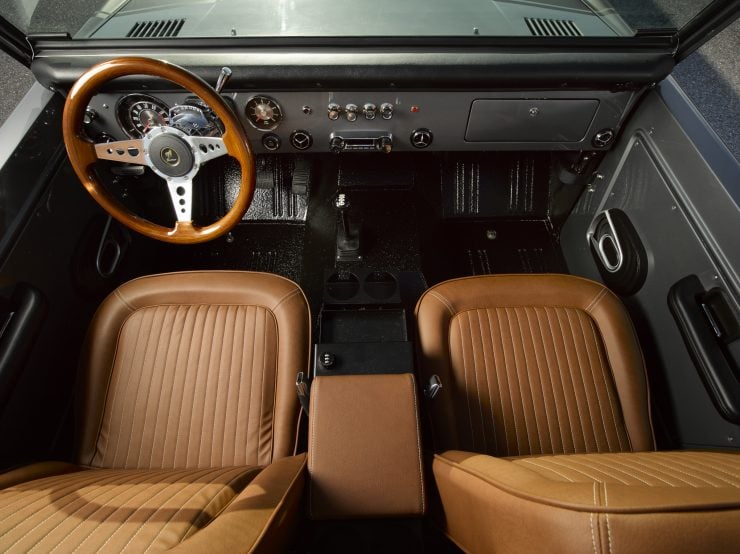 The Bronco you see here is one of the most comprehensive restomods we’ve seen of the venerable Ford 4×4, it’s sitting on a custom lengthened chassis allowing a bespoke body with four doors and seating for up to six adults.

Ford never offered the original Bronco in a long wheelbase configuration with four doors, only the two door was made initially. The two rear doors on this example are slightly narrower than the front doors to allow wheel arch clearance but passenger space hasn’t been compromised for any of the three rows of seats, which are capable of seating adults each. 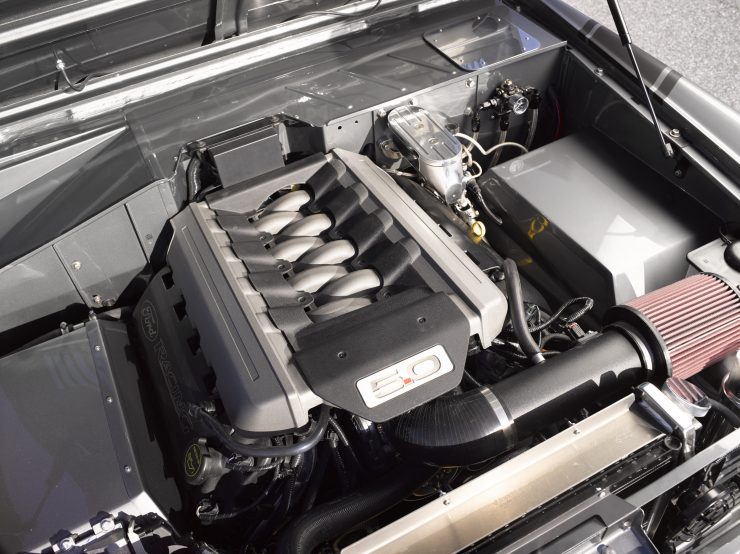 Ford offers the Coyote V8 as a crate engine, it can be ordered with a wiring loom and required parts to connect to either a manual or automatic transmission, and you can pick one up yourself for the rather reasonable asking price of $9,500 USD.

The Coyote in this Bronco is mated to an 6R80 6-speed automatic transmission, the build makes use of an all-steel tub and a 3” lift. The interior is fully Line-X protected and has marine-grade Saddle upholstery with fold-down rear seats. The bespoke dashboard includes original classic Bronco styling cues like in-dash air vents, OEM-style gauges, and an in-dash tachometer – but it adds modern conveniences such as air-conditioning and keyless push-button start as well as a tilt steering column.

For safety there are Wilwood calipers and discs on all four wheels connected to an electric master cylinder, there’s also power steering, a custom-made top, a full roll-cage, a 23-gallon fuel tank, Sirius/XM enabled radio with Bluetooth, and four marine-grade Pyle 6×9” speakers.

If you’d like to read more about this Bronco or register to bid you can click here to visit the listing on Barrett-Jackson. 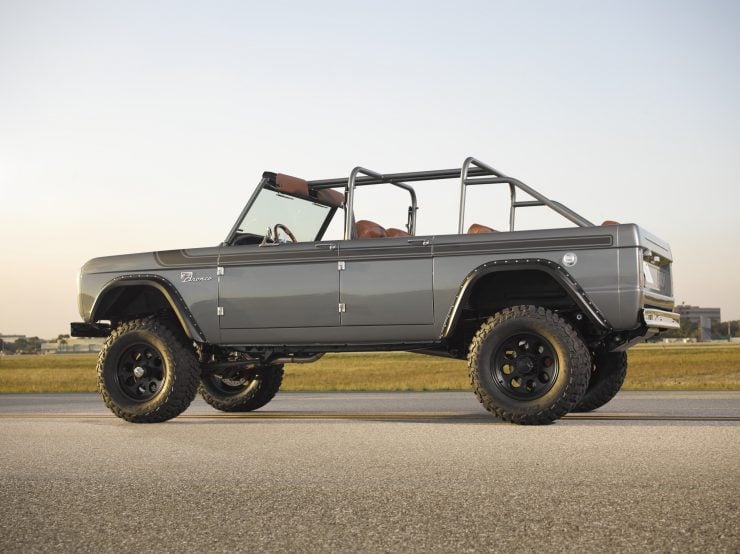 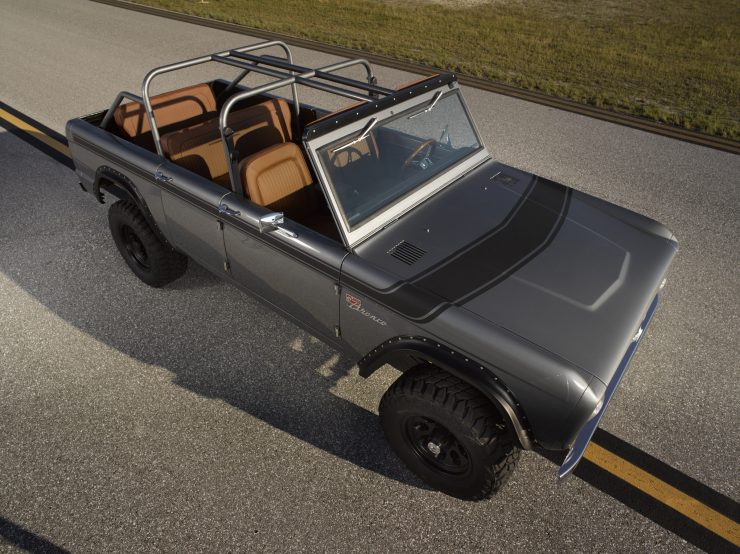 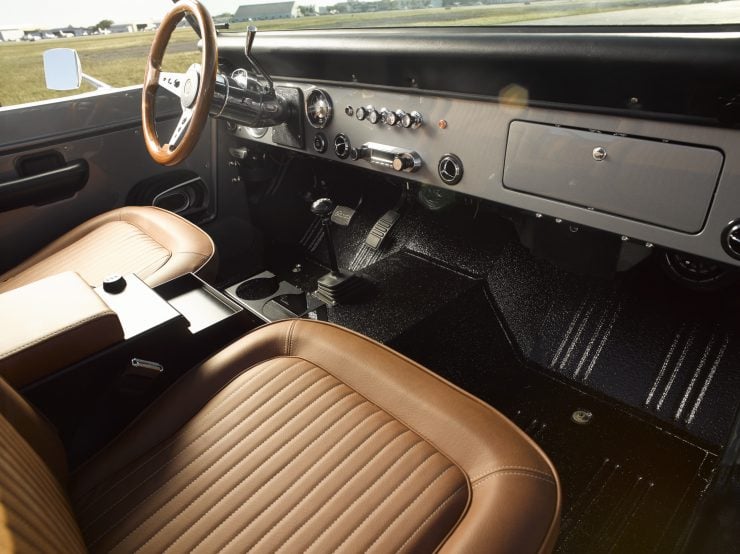 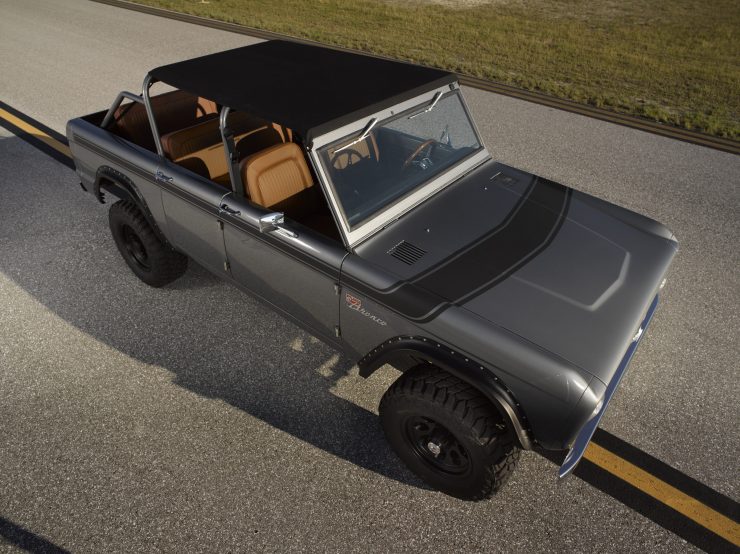