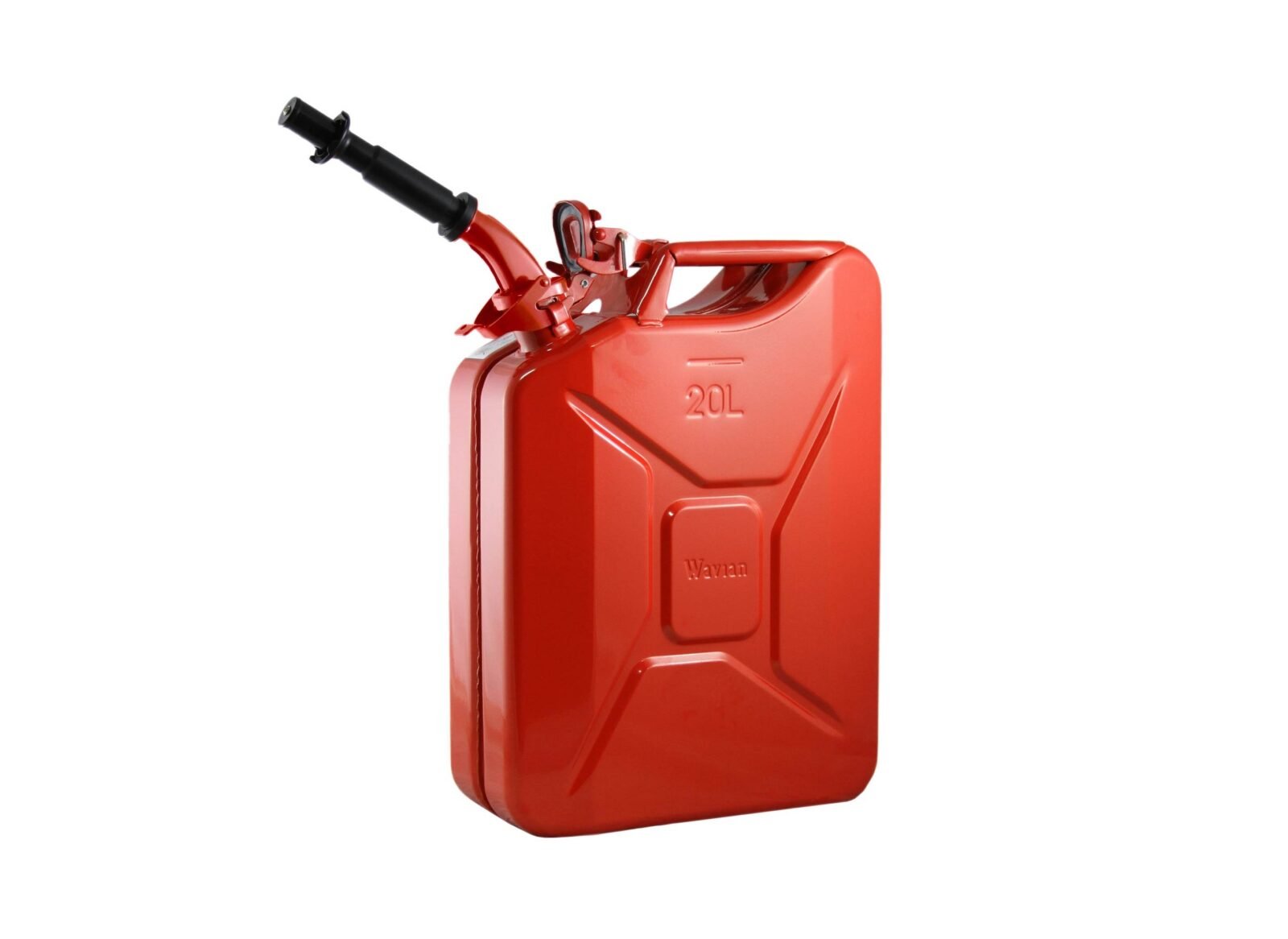 The Wavian Fuel Can has been built and supplied to many NATO countries for military use for well over 75 years. They’re leak-proof steel fuel cans that have 0.9 mm steel walls, a rust-proof Rezol lining inside, an internal breather pipe for splash-proof pouring, a three-handle configuration for easy carrying, a leak-proof bayonet closure, and a locking pin for the cap.

Each color tells you which kind of fuel is in the can, red is for gasoline, yellow is for diesel, and blue is for kerosene.

The Jerry can has a fascinating history, originally developed by the Germans and used extensively during WWII they were called “Jerry cans” as “Jerry” was a nickname used by Allied troops to refer to German soldiers.

Jerry cans proved so useful that they were often the first thing pilfered from captured German vehicles, camps, and bases by Allied soldiers. The design has remained largely unchanged in the intervening 75+ years, and they’re still an essential item today for road trips, overlanding adventures, or just a weekend in the woods. 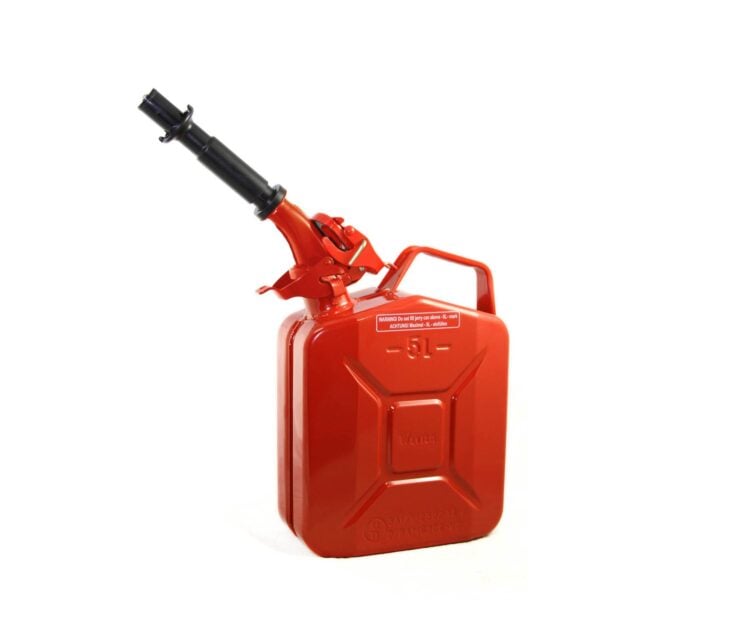 This is the 5 liter size, useful for keeping in the trunk for emergencies, or for adventure motorcycle use. 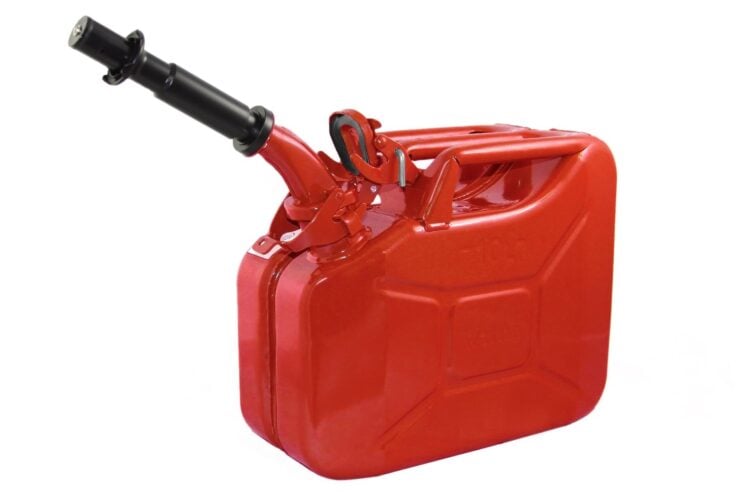 This is the 10 liter size, a halfway point between a full-sized 20 liter can and the smaller 5 liter version.