This is the 7th custom motorcycle to roll off the boutique production line at the still relatively new Deus Ex Machina USA headquarters in Venice Beach, California. It was built by head-tinkerer and US Motorcycle Design Director, Michael Woolaway for a motion picture helicopter pilot by the name of Fred North.

The bike is based on a Kawasaki W650 though Woolaway, or “Woolie” as he’s known, stripped the bike back to nothing and rebuilt it using some quite advanced bits and pieces.

The front and rear brakes are Beringer units, the suspension is amongst the most serious we’ve ever seen on a W650 with an inverted performance shock at the front and adjustable springs on the tail. The handlebar is a race-spec Carmichael unit, the speedo/tacho is a Motoscope Pro by the German company Motogadget, the tires are official flat track specification and the Keihin carburettors are fitted with high-flow K&N air filters.

The bike is described as having a full competition dirt track set up that’s super light and handles extremely well on the tarmac and the mud – or in Woolie’s words;

“The Sevenish spins up the tire accelerating in first gear, loves to back into turns and slides into stop signs. It’s really really fun to ride.” 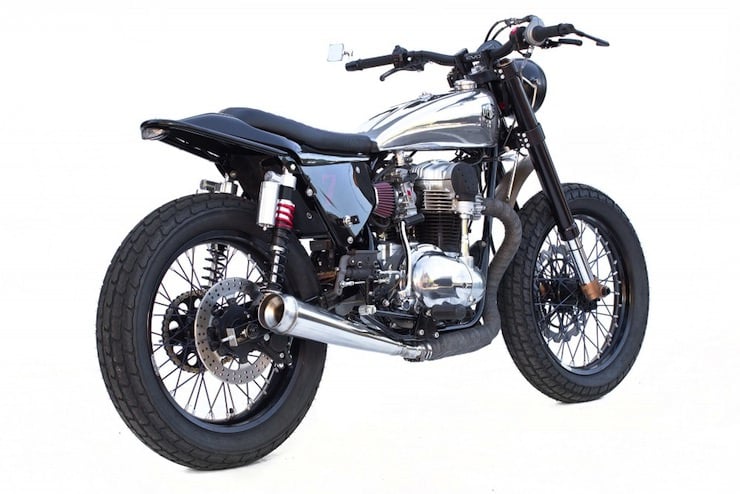 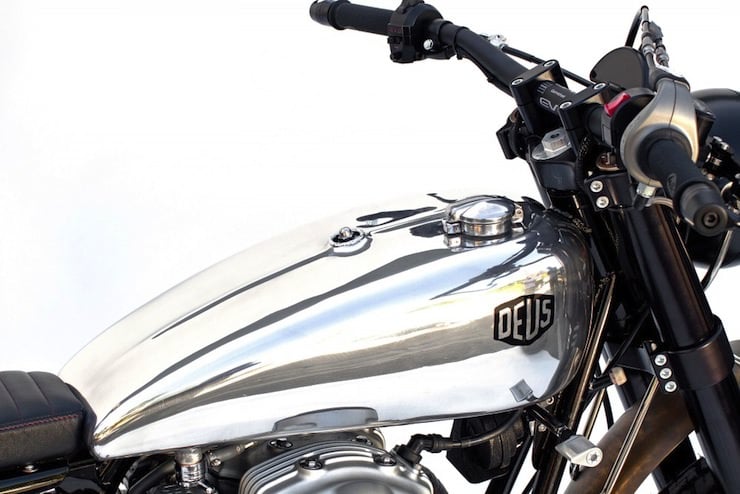 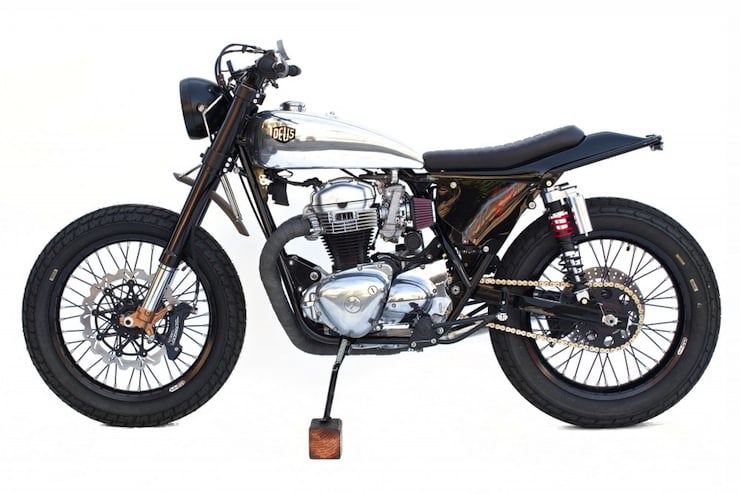 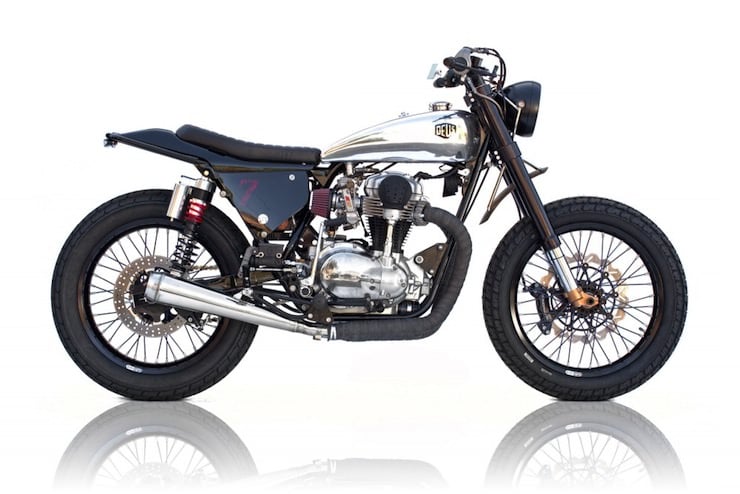 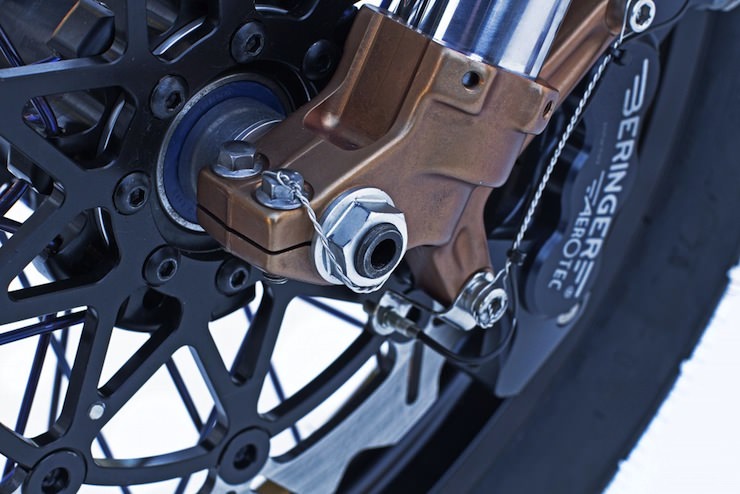 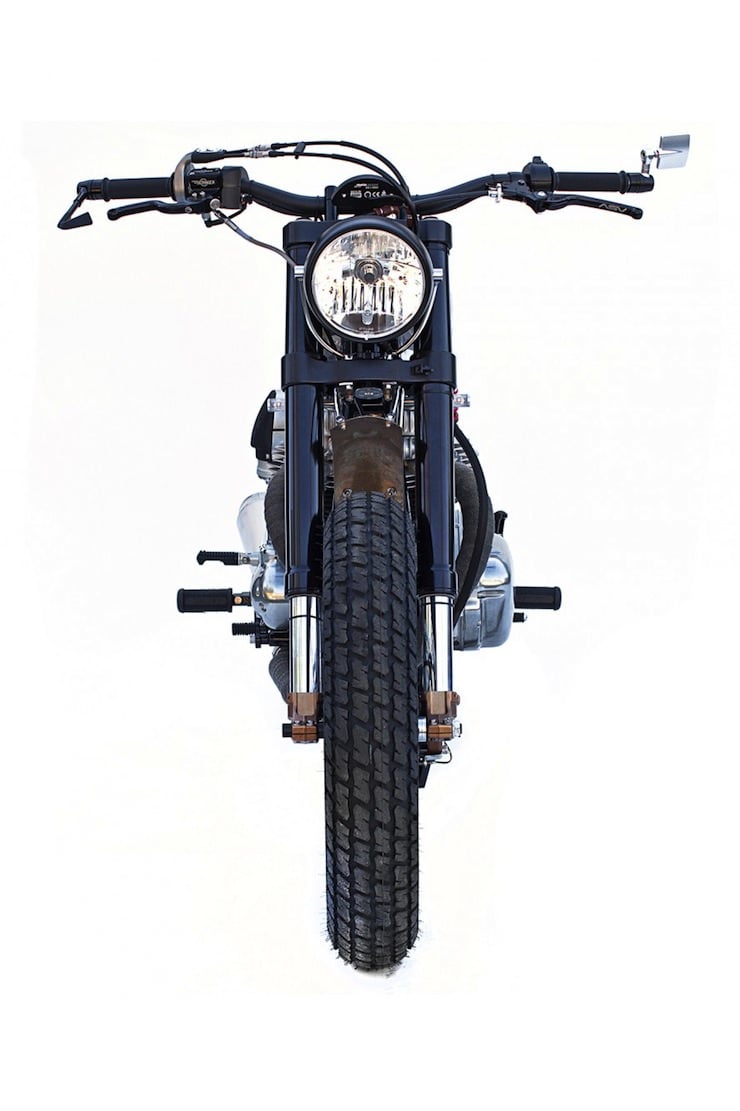