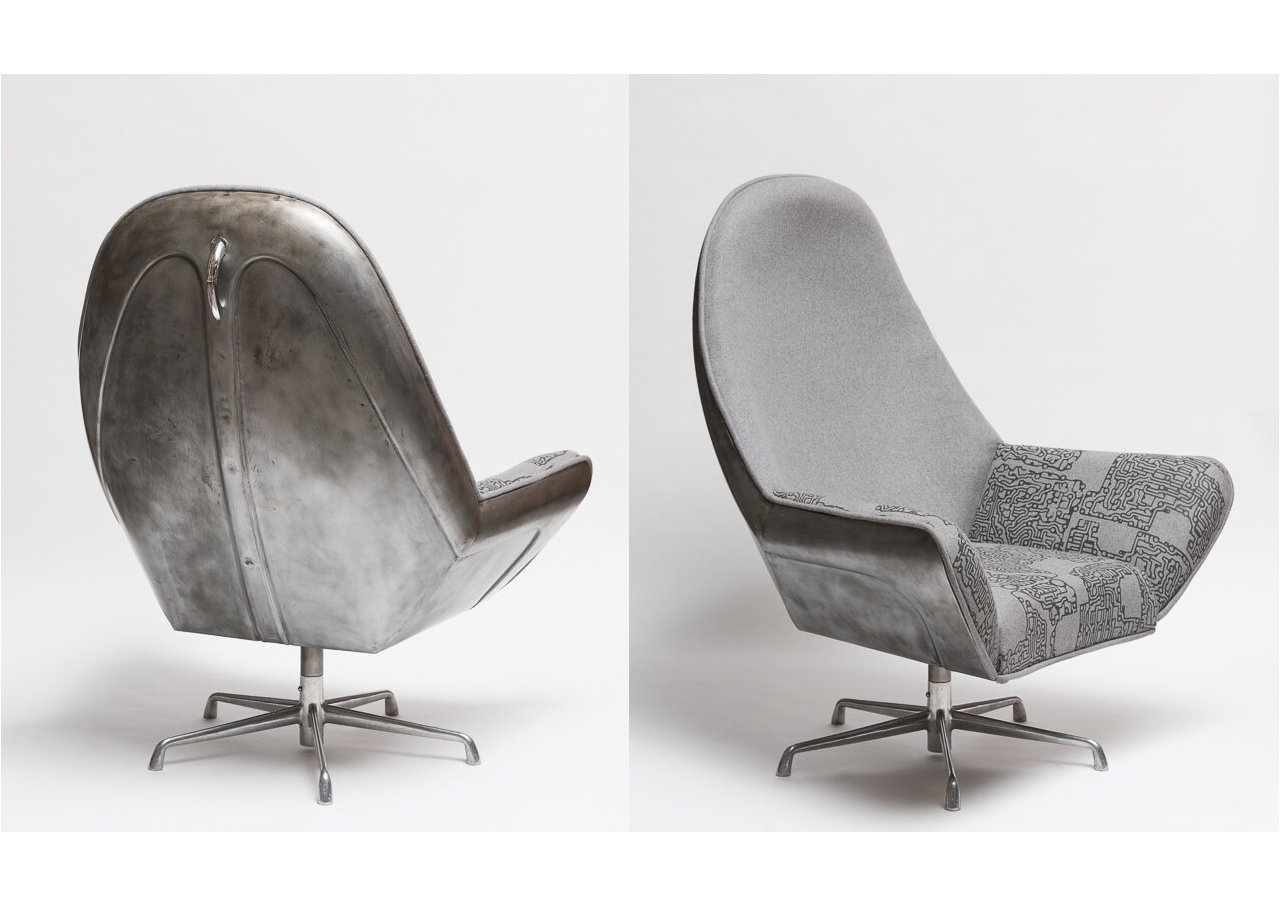 This is the Beetle Club Chair by The Rag and Bone Man, a company founded by British couple Lizzie and Paul who specialise in scouring junkyards across the United Kingdom for interesting scrap before repurposing it into functional works of art.

Each new piece starts life as a recovered junk, the team uses traditional metalworking techniques and vintage machinery to reshape it and give it a new purpose. They reshape their discoveries into furniture, lighting, jet engine clocks, crankshaft tables, chairs, bar stools, wall fittings, desk lamps, and a slew of other pieces.

This is The Rag and Bone Man’s first club chair, it’s made using a classic VW Beetle hood on the back, with simple light grey wool fabric upholstery and the outer shell has been waxed and buffed to a soft satin surface. The chair is mounted to a classic five-leg mid-century swivel base.

When placing your order you can opt for a range of fabrics and leathers for the upholstery, and it’s important to note that the swivel bases may vary slightly on every chair and fixed bases are available upon request.

The VW Beetle is one of the best selling cars of all time and it remains widely loved around the world. Those with a love for classic cars and air-cooled engines will have no trouble fitting the VW Beetle club chair into their homes or offices.