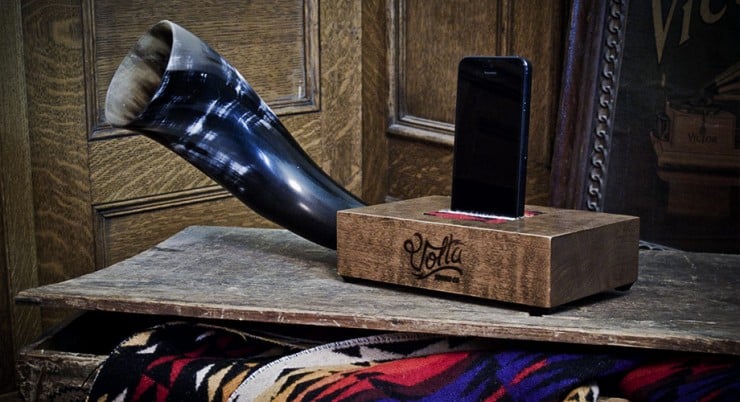 This is the Volta Sound Block, it’s a passive sound amplifier for the iPhone made from a solid block of Northwest Alder wood and an American Bison horn.

The iPhone dock is lined with Pendleton Wool and the Bison horn is held in place with a series of surprisingly powerful neodymium magnets, the Sound Block is supplied with its own carry bag, making it the perfect accompaniment for those summer camping trips. 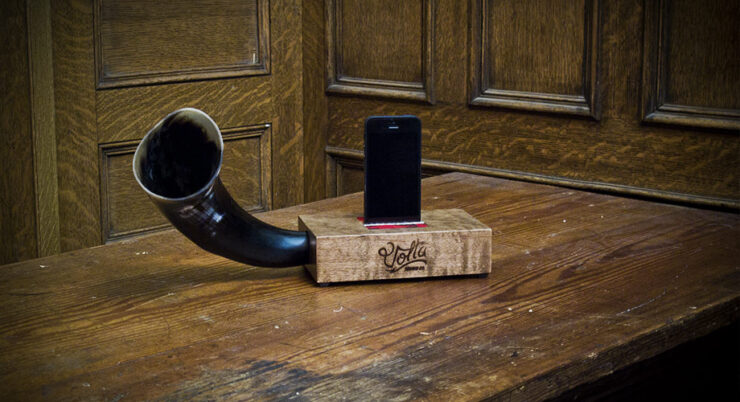 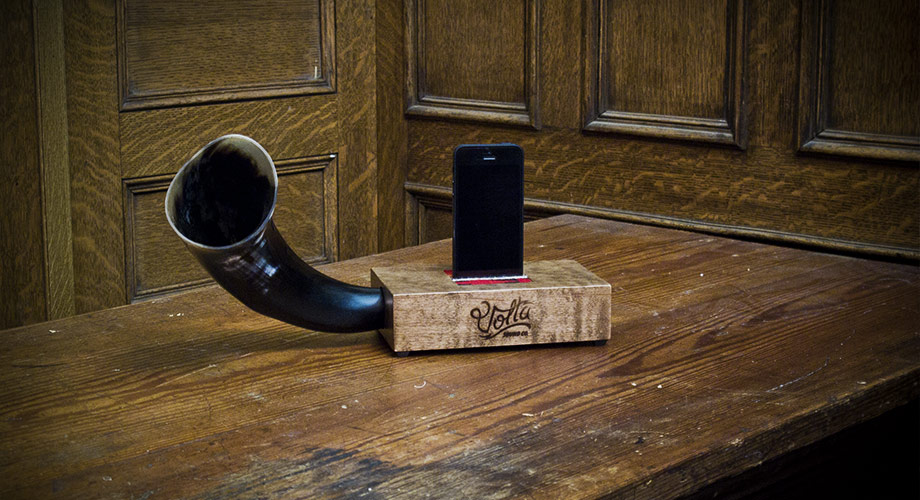