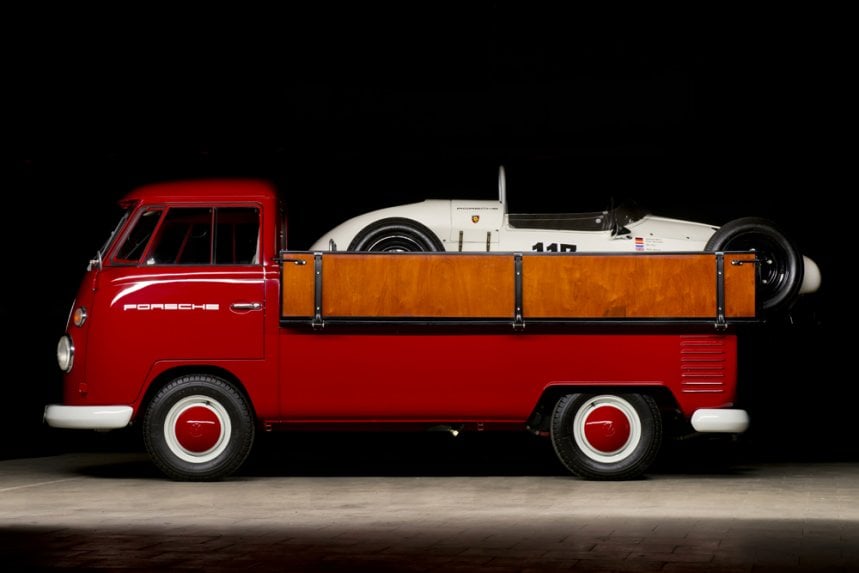 This combination of a 1964/5 Volkswagen Pick-Up and a Porsche Formula V track car is one of the more unique items we’ve come across in recent memory, and the pair of them together are quite possibly the coolest track day set up in the world.

The Volkswagen Pick-Up has had its original engine removed in favour of a Porsche 914 powerplant, this engine has been tuned to produce somewhere in the region of 200hp which necessitated the addition of a new heavy duty clutch and a new set of brakes to ensure that you don’t end up in a hedge.

The Porsche is an original Formcar Formula V, it was built by Porsche in Werk 1 and was a factory race car driven by the likes of Hans Hermann, Gerhard Mitter and Ben Pon. It’s been restored and has a fresh set of body panels however the original panels do come with the car, it’s been thoroughly check over since its last race outing at the Nürburgring in 2011. 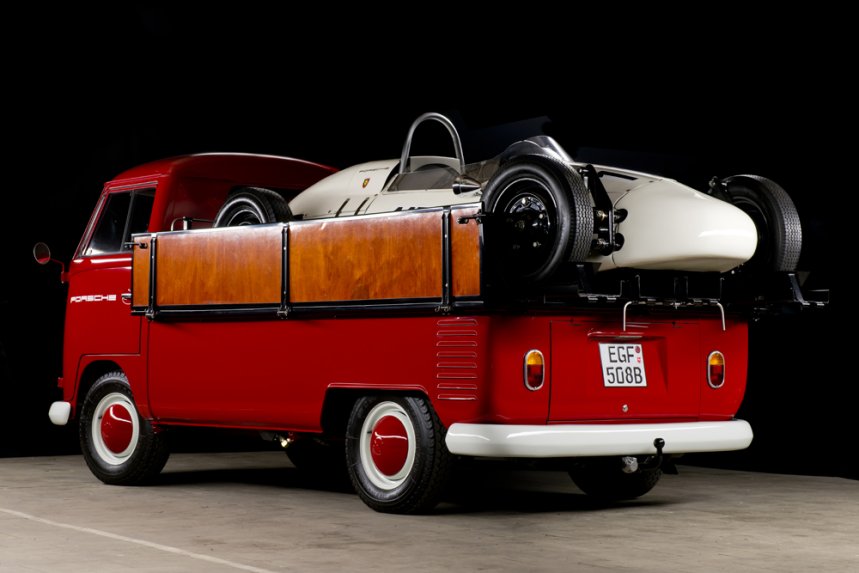 The suspension has been professionally set up, the brakes have been checked and the engine tuned for performance – the car has a top speed of 160kph (100 miles an hour), which is rather fast when you have no aerodynamic downforce and your bottom is 4 inches off the ground.

The car also comes with all the required FIA HTP (historic technical pass) papers, allowing it to run in FIA sanctioned races around the world – so if you’ve been hunting around for one of the most fantastic retro race cars that money can buy, this might just be for you. If you’d like to enquire you can visit Jan B. Lühn here, or if your bank account looks as feeble as ours, you can join us in drooling over the pictures below. 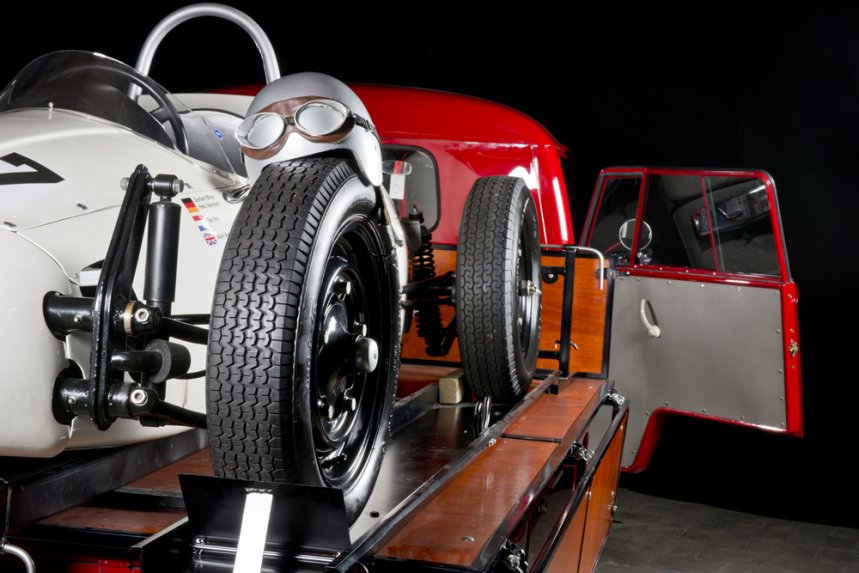 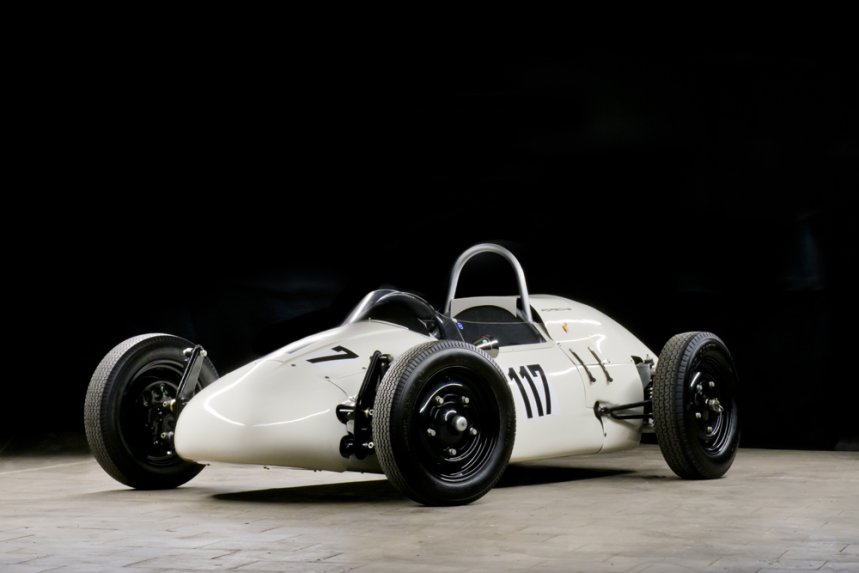 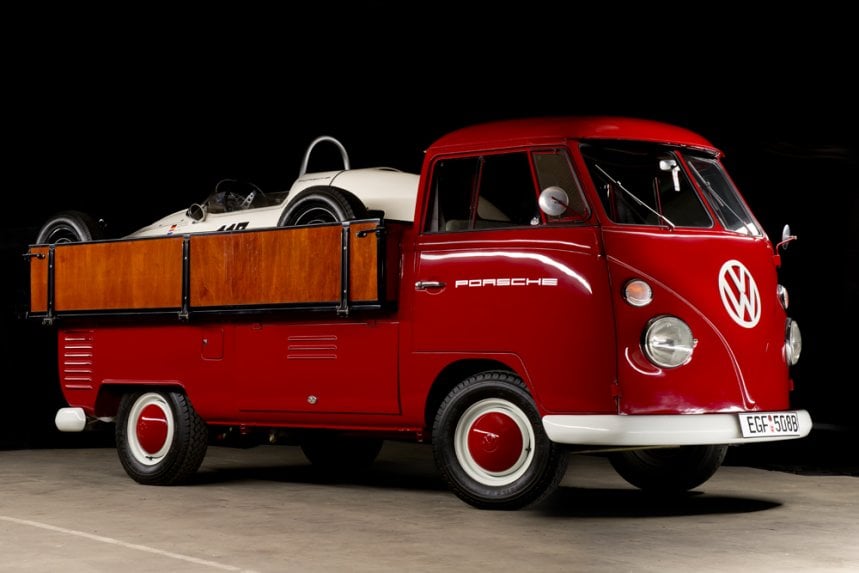 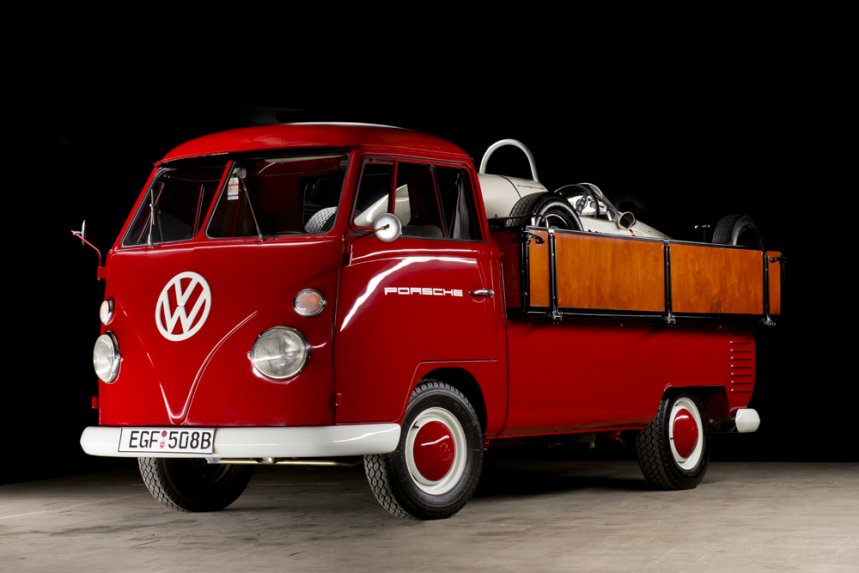 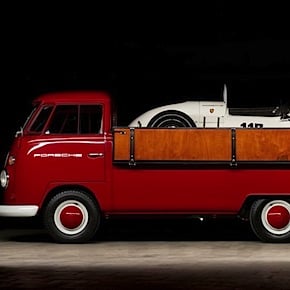