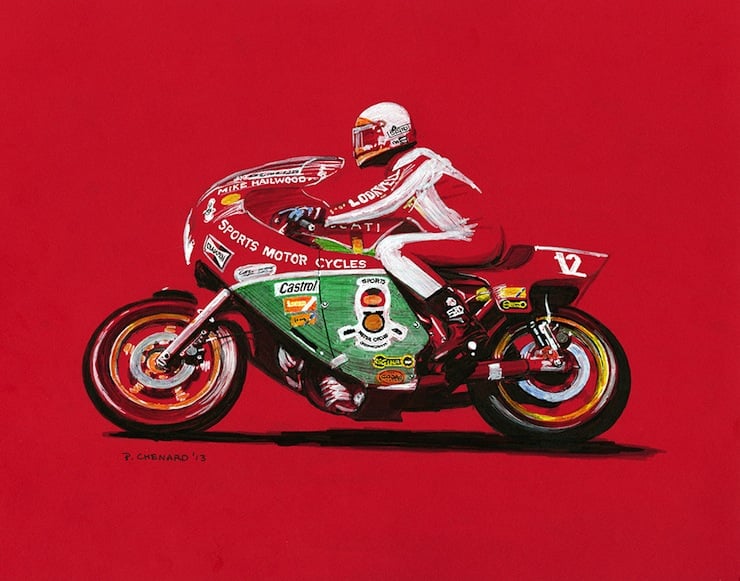 This is Mike “The Bike” Hailwood racing at the 1978 Isle of Man TT, it was Hailwood’s comeback race and no one expected him to even place in the top 3 – after having spent 11 years away from the world of competitive motorcycle racing.

He went on to win the race in no uncertain manner, the 38 year old took first place aboard his Ducati 900SS and his win is still remembered as one of the most popular victories in the history of the Isle of Man.

The picture above was hand-drawn on 11″x 8.5″ archival red paper by Paul Chenard, interestingly, he didn’t use any red – all the red elements in the drawing come from the paper itself.

Chenard is a successful motorsport artist and he runs the website Automobiliart – where fans and collectors of his art can stay up to date with his new work. 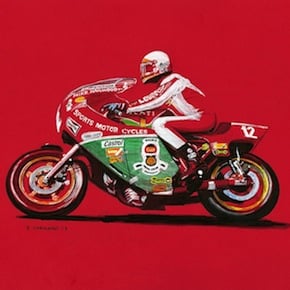