From a time when Nomex was a small man’s previous wife, this is a frankly insane stunt performed in what appears to be a Model T Ford. As it is only 11 seconds long I can guarantee 2 things. One, you’ll need to watch it more than once and Two, it’ll make your spine hurt. 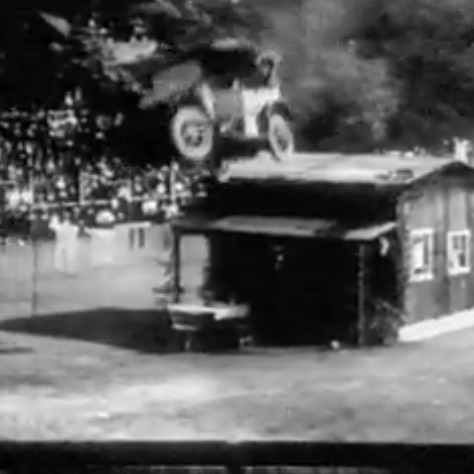