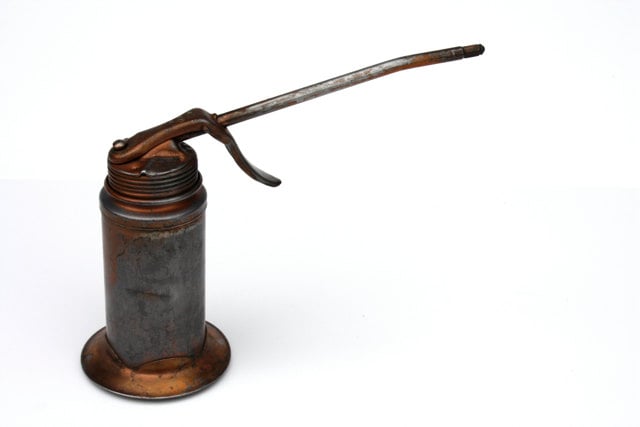 This is one of those items that’d look fantastic on the desk in an office or study. Either that or in the garage on a prominent shelf. It dates back to a time before the invention of plastic so it’s construction is solid steel, it’s design is strangely beautiful and for $19 USD it won’t be on the store shelf long.