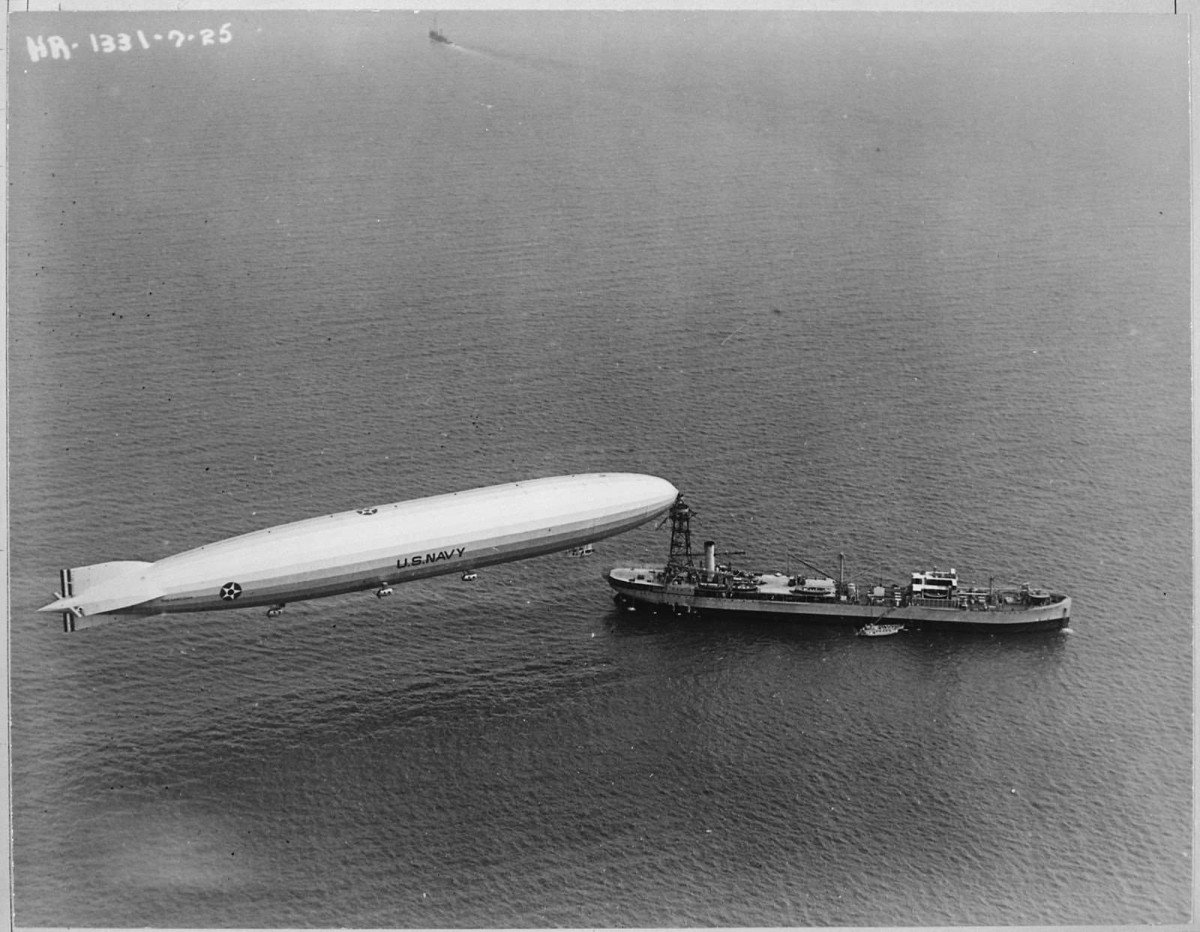 The USS Shenandoah was the first of the great American airships, it was closely based on the German Zeppelin bomber L-49, built just after WWI and still viewed as one of the most important dirigibles of the era. With a gross weight of 36 tons, a total length of 68ft, a cruising speed of 70mph and a range of over 5000 miles, the Shenandoah was the first airship to cross the continental USA, the first to launch an aircraft and the first to dock with a ship at sea (the USS Patoka, seen above).

Sadly the Shenandoah’s life was cut short when it was caught in a severe storm (a squall line), it was caught in a violent updraft that carried it far higher than the upper pressure limits of its helium bags. It was torn apart in the extreme turbulence and crashed in multiple parts in farmland near Caldwell, Ohio – killing 14 crew members. 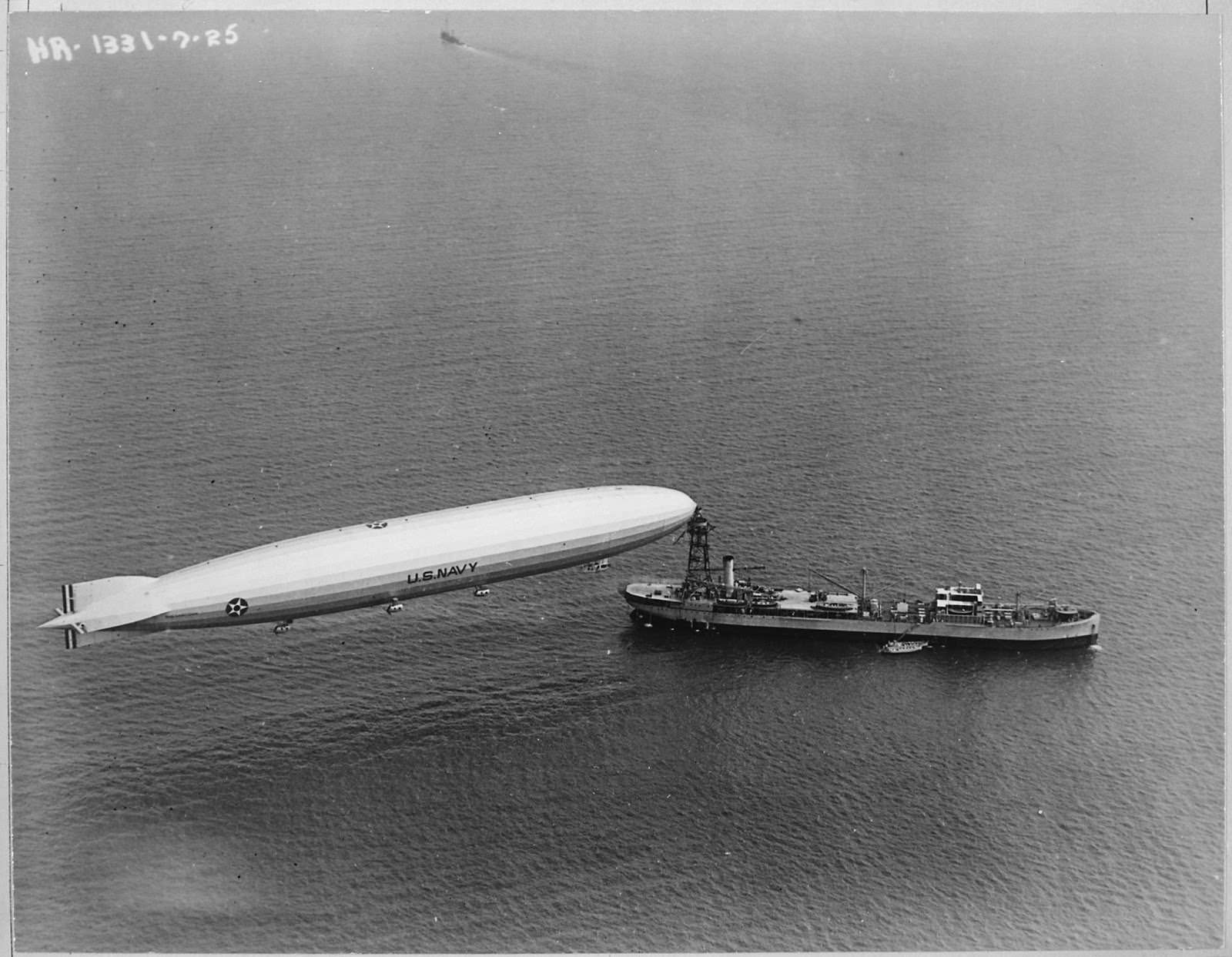