US Army Field Manuals (Set of 3) 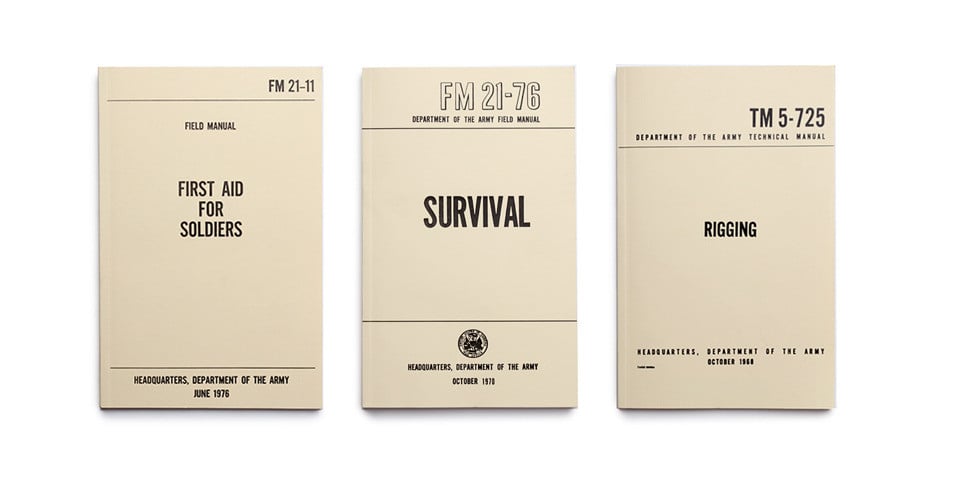 US Army Field Manuals are well-known and highly respected by campers, soldiers, survivalists, hikers and “preppers” – there are over 600 different books in total so the team at Best Made collected the top 3 and created a set that can be bought via their website for $22 USD. That seems like a pretty good deal considering the fact that if you ever find yourself actually needing them, money will likely only be useful to you as kindling.

Each of the books is fully illustrated and they include how-tos on everything from making your trousers into a parachute, to making log traps for big game, to fashioning an impromptu pair of sunglasses. The paperback books each measure 5.25 x 8.5 inches and the 3 official US Army Field Manuals included are Survival  (published 1970, 288 pages), First-Aid  (published 1976, 160 pages) and Rigging  (published 1968, 137 pages).