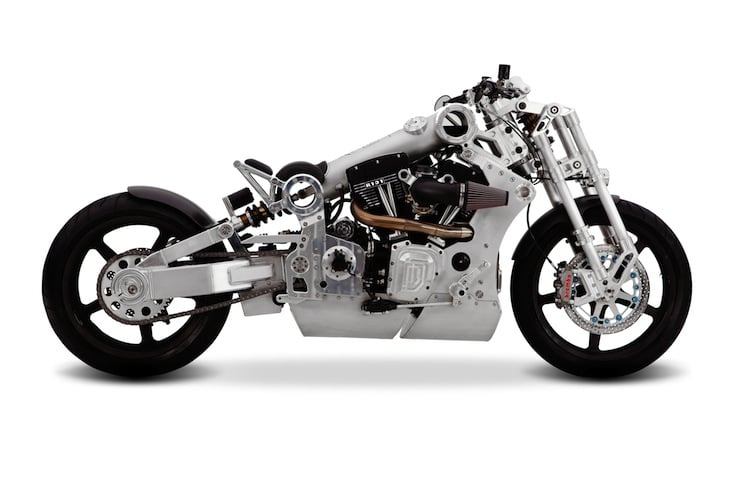 The R131 Fighter by Confederate Motorcycles is a bike I’ve been wanting to feature here on Silodrome for quite some time, in some respects it’s the epitome of an engineering first approach to motorcycle design, and that’s resulted in a bike that’s beautiful purely because form follows function.

The frame is a CM (Confederate Motorcycles) designed triple load path aluminum monocoque with oil/fuel stored internally, the transmission is a CM designed close-ratio 5-speed and the overall wheelbase is 64 inches.  Those forks on the front end are also a CM design – they’re double wishbones machined from 6061 aircraft-grade aluminium, linked to aerodynamic, dual, lightweight, tubular wing blades. If some of that doesn’t make sense to you, you aren’t alone.

That eye-catching rear swingarm is machined from 6061 aircraft-grade aluminium and the rear suspension is fully adjustable. The brakes are Brembo front and back with high-output 4-piston carbon/ceramic/aluminium matrix lightweight discs and the wheels are made from solid carbon fibre. 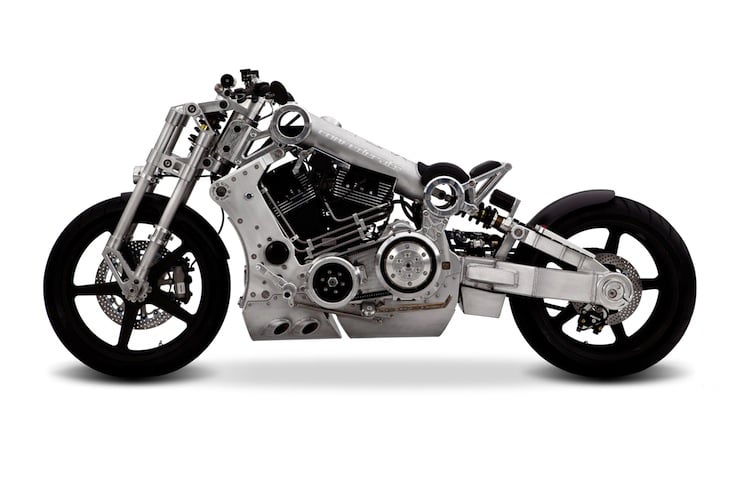 If you, like me, have decided that you’d very much like to own one of these remarkable looking machines I have some potentially devastating news – they cost a smidge over $100,000 USD a piece. That said, only 10 of each colour will be made, so they should retain their value rather better than your wife’s Kia.

Confederate Motorcycles started out in Baton Rouge, Louisiana – it isn’t commonly known that the company has existed for over 21 years and has seen its share of fads come and go in the world of motorcycles. Of the small-batch models they’ve produced over the years the most famous is probably the X132 Hellcat, a bike that’s made a name for itself on the road, on the track and out on the salt.

If you’d like to read more about the R131 Fighter or read up on the history of Confederate Motorcycles (which I’d encourage, it’s a hell of a good story), you can click the link here to visit their website. 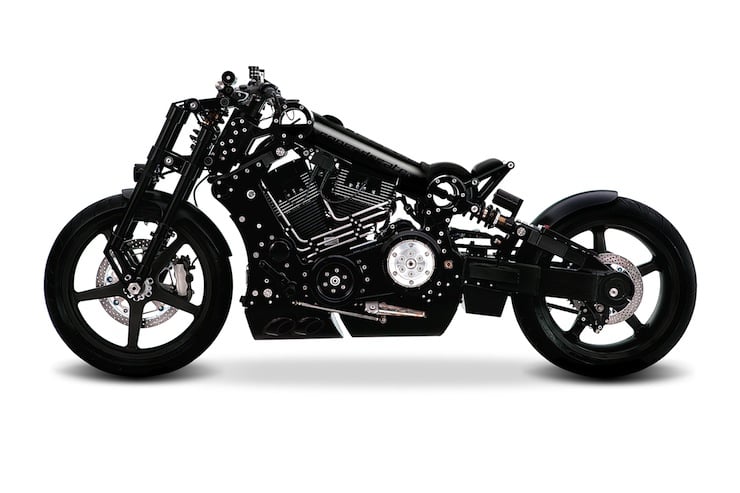 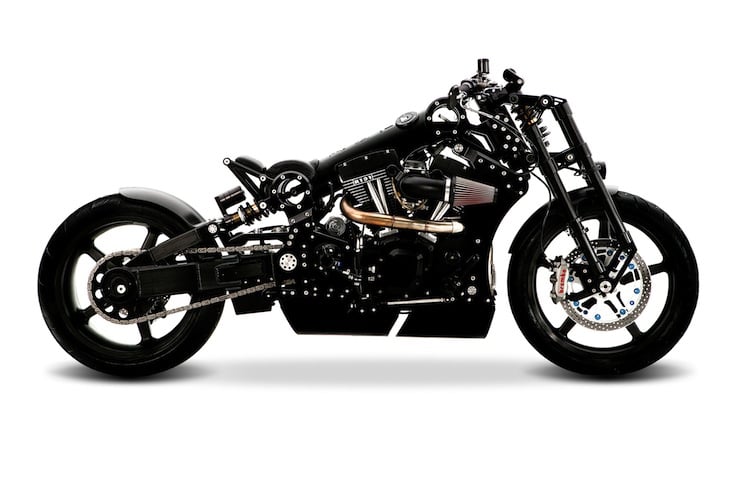