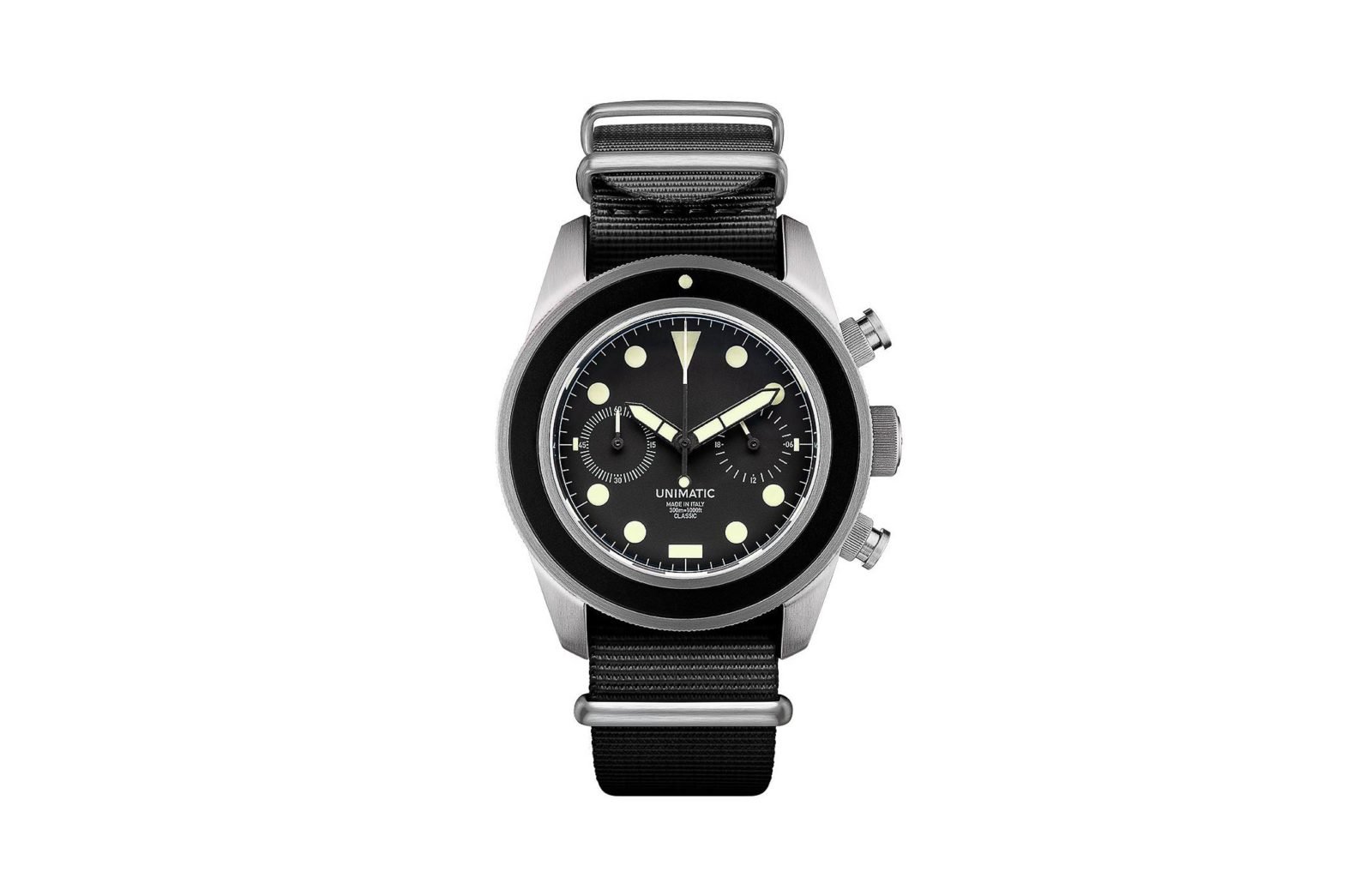 This is the Unimatic UC3, it’s a minimalist modern dive watch that’s waster resistant down to 1000 ft, it’s made in Italy, and it sells for the affordable MSRP of $700 USD.

Unimatic has made a name for themselves by designing, building, and selling high-quality watches with far lower prices than people are used to. As a result, many use a Unimatic watch for outdoor activities that might damage a more valuable timepiece.

Unimatic was founded seven years ago in 2015 by Giovanni Moro and Simone Nunziato, two natives of Milan in Northern Italy who met while studying at the Politecnico di Milano (Polytechnic University of Milan). 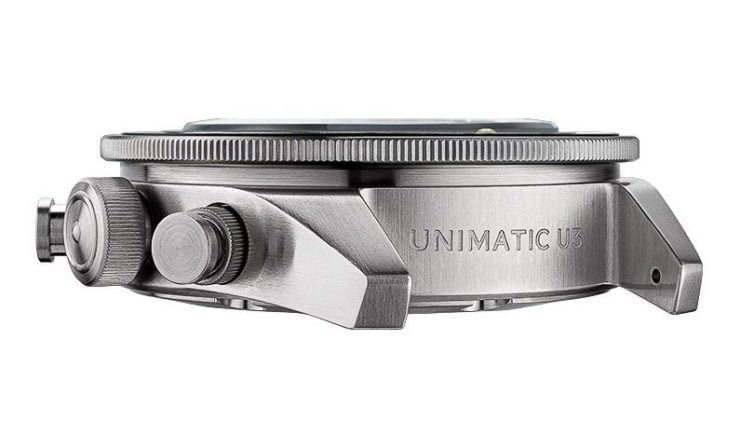 The 316 stainless steel case of the UC3 holds the simple but reliable meca-quartz calibre Seiko VK64.

The first watch made by the pair was the Modello Uno and it would set the tone for the company going forwards, with its minimalist stainless silver and black design, rugged case, NATO strap, and reliable Quartz movement.

The company is now one of the most popular watch microbrands in the world, and one of the first to operate by designing and manufacturing watches in limited edition series.

More recently they released their first permanent collection, called the Unimatic Classic series, unlike their forebears these watches will remain available permanently and won’t be disappointing people by rapidly selling out like many earlier Unimatic watch series did. 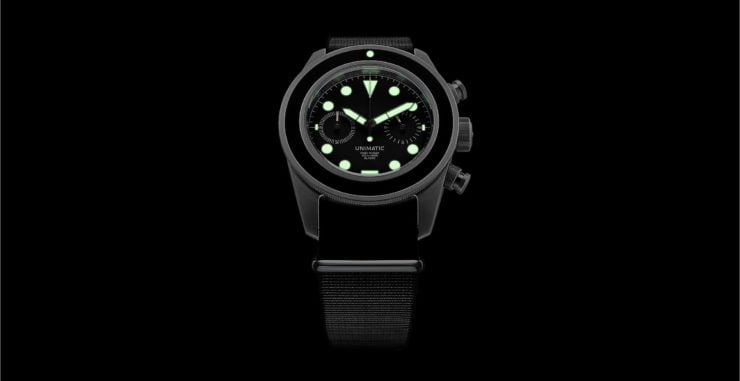 Pale green Super-LumiNova® C3 has been added to the hands and markers to ensure excellent nighttime visibility.

The Unimatic UC3 follows in the minimalist tradition of the Italian company’s design ethos with perhaps one major exception, it has two sub-dials giving it additional functionality. Most Unimatics that have come before have had just a single main dial and no other complications.

The UC3 has a 40 mm case with a 41.5 mm 120 click mono-directional security bezel, it’s topped with a 2.5mm thick double domed sapphire which has an anti-reflective coating on lens inner-side.

The case is made from 316 stainless steel for toughness and longevity, it has a brushed finish, and it holds the reliable meca-quartz calibre Seiko VK64.

The hands and markers are finished with Super-LumiNova® C3 pale green for optimal nighttime visibility and the watch is water-resistant down to 300 meters, which is 1000 ft or 30 atm. 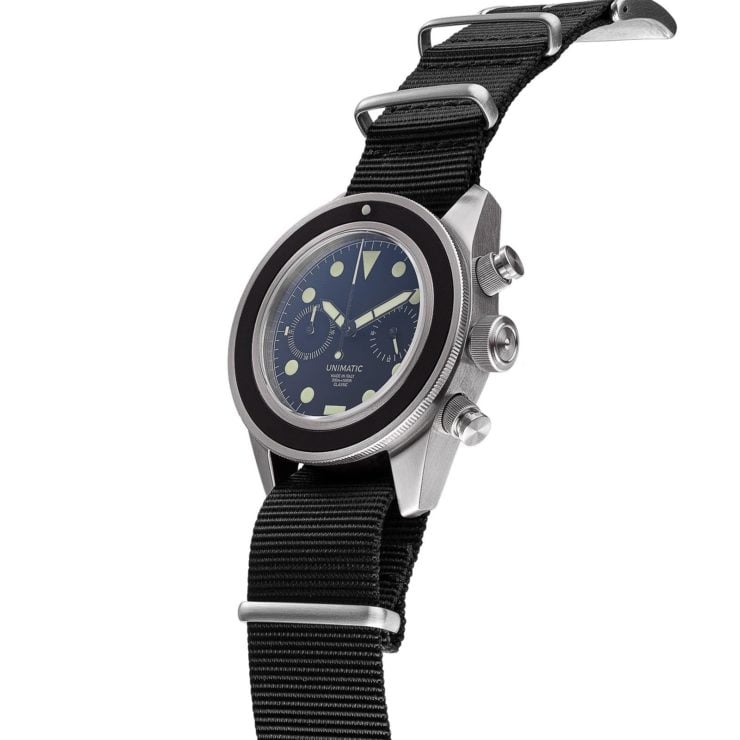