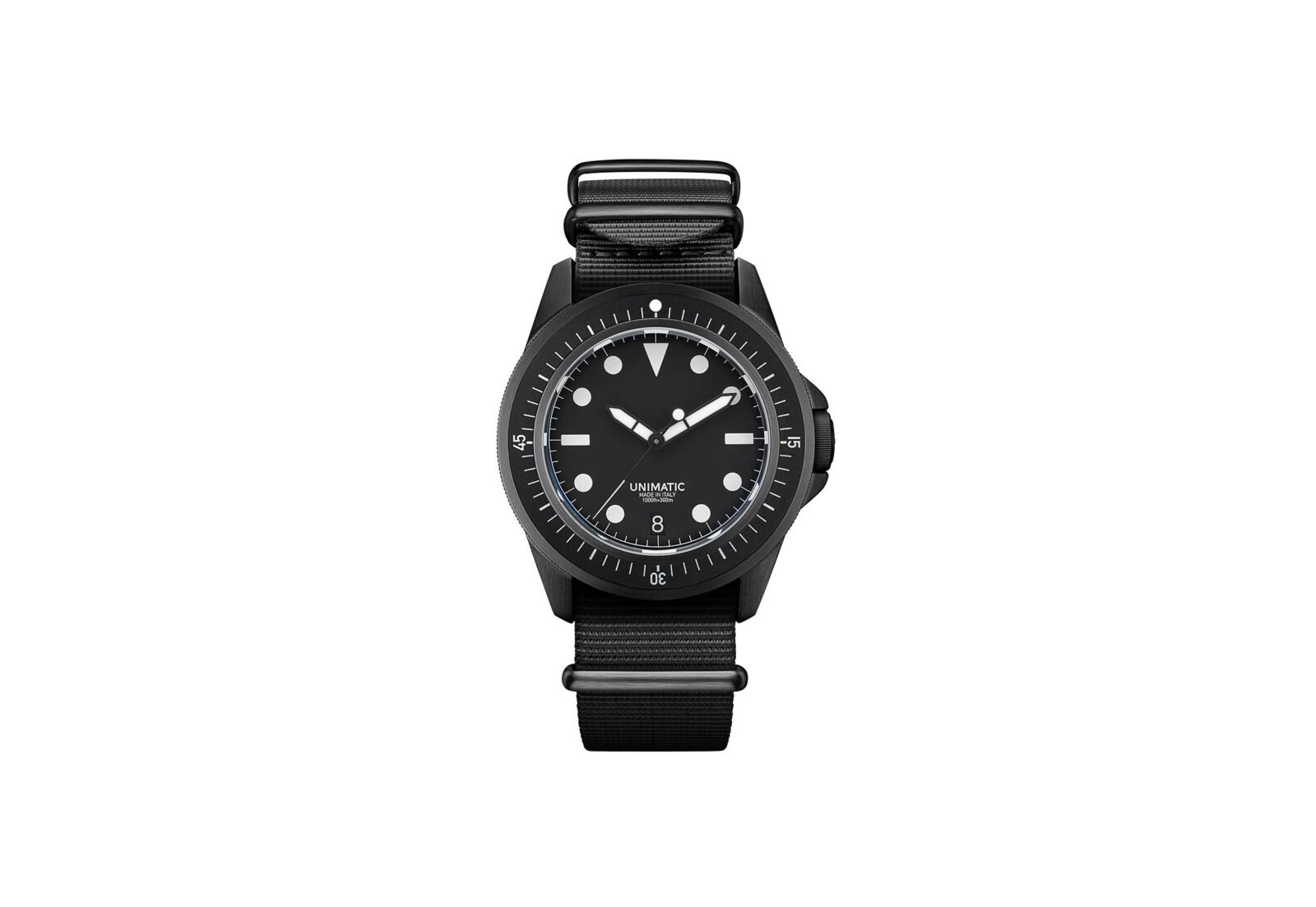 This is the new Unimatic U1-FDN, it’s an Italian-made automatic mechanical dive watch designed to match or surpass the specification of many far more expensive watches, while costing a far more affordable $775 USD.

The catch is that Unimatic are building just 600 of them for sale worldwide and when they’re sold out, they’re sold out. Unimatic was founded by Italian Industrial designers Giovanni Moro and Simone Nunziato, they specialize in creating bold, minimalist dive watches in very limited edition runs.

In recent years we’ve seen an explosion in the popularity and abundance of micro watch brands like Unimatic, fueled by access to high quality, affordable automatic mechanical movements from Switzerland and Japan. Unimatic is one of the original micro brands in this space, and although they’ve been copied relentlessly they remain one of the most desirable. 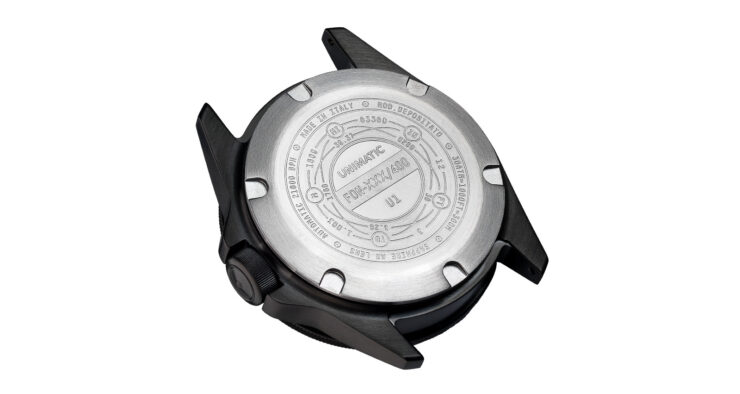 Above Image: The Unimatic U1-FDN has a screw-down case back with diving conversion scale, and it’s water resistant down to 1000 ft.

The Unimatic U1-FDN has a 316L stainless steel case with a black diamond-like coating finish that resists scratches and damage. The watch is topped with a double-domed, scratchproof sapphire glass crystal with anti-reflective coating, and a 120-click monodirectional dive timer bezel with sapphire glass insert.

Each U1-FDN is powered by an almost bulletproof Japanese-made Seiko NH35A automatic mechanical movement. This movement has 24 jewels, it operates at 21,600 bph, it has a 41 hour power reserve, and it uses the Diashock anti-shock system.

For optimal nighttime visibility the U1-FDN uses a thick application of Super-LumiNova® C1 luminous paint (see it in action in the image below). In order to keep it on your wrist no matter what, Unimatic have fitted it with a heavy-duty nylon NATO strap, a strap-type developed for military use as even if one spring bar fails, the watch won’t fall off.

The watch is water resistant down to 300 m / 1000 ft / 30 ATM, and it has a screw-down case back with diving conversion scale that can be used as a reference. 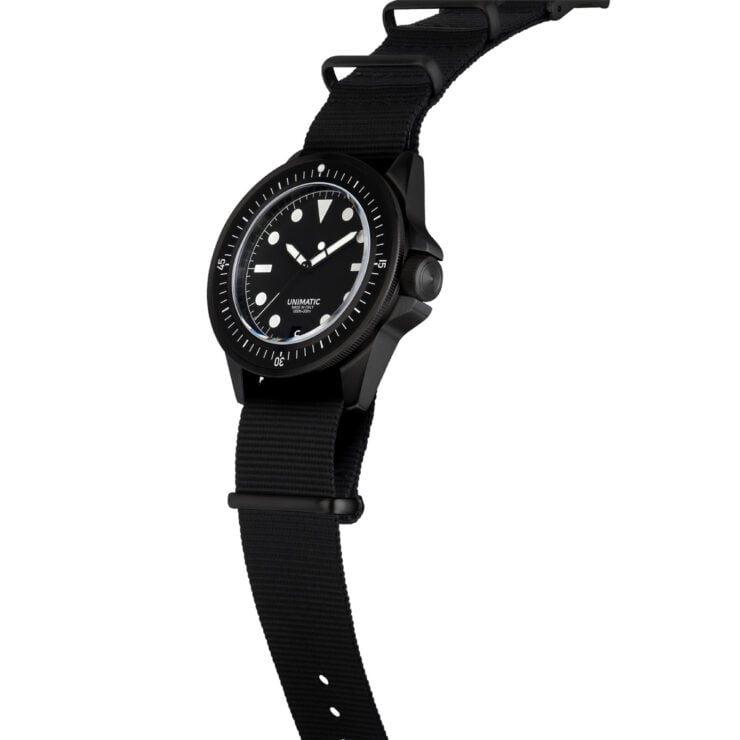 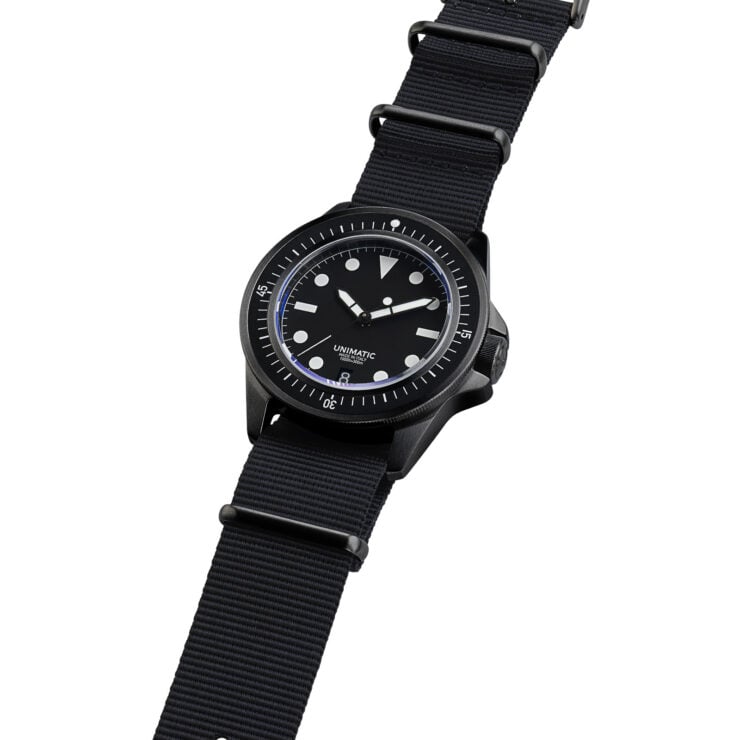 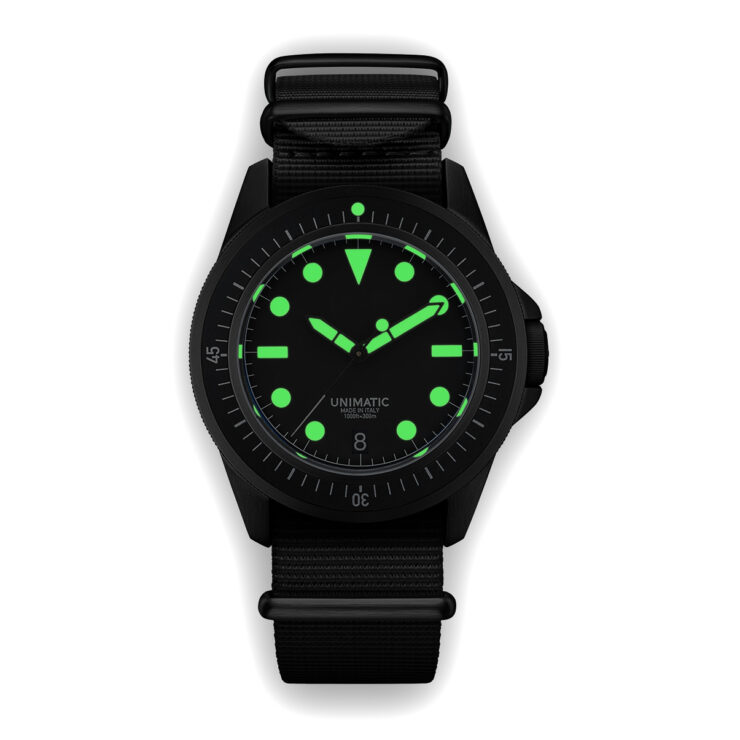