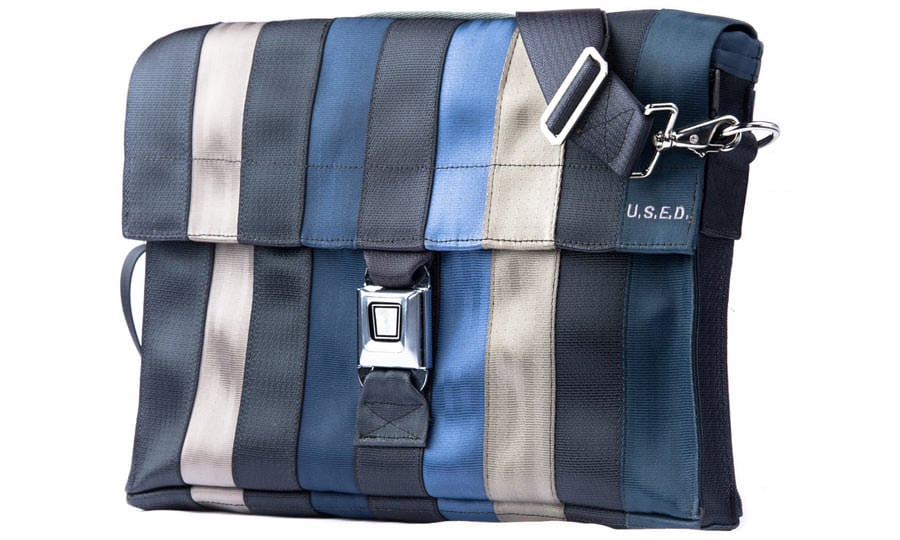 These seatbelt derived messenger bags are each made by hand from belts removed from old cars, each belt is thoroughly cleaned before being matched with different coloured siblings and stitched into a solid, truly authentic messenger bag.

This is the “Nate” model, it can hold a 13″/15″ laptop as well as a few other bits and pieces, the front clasp is a seatbelt buckle and the shoulder strap is an adjustable length seatbelt. The belts found in old cars are so tough that I suspect they’d survive the unfettered rampaging of the four horsemen of the apocalypse, so these bags must be almost bulletproof.