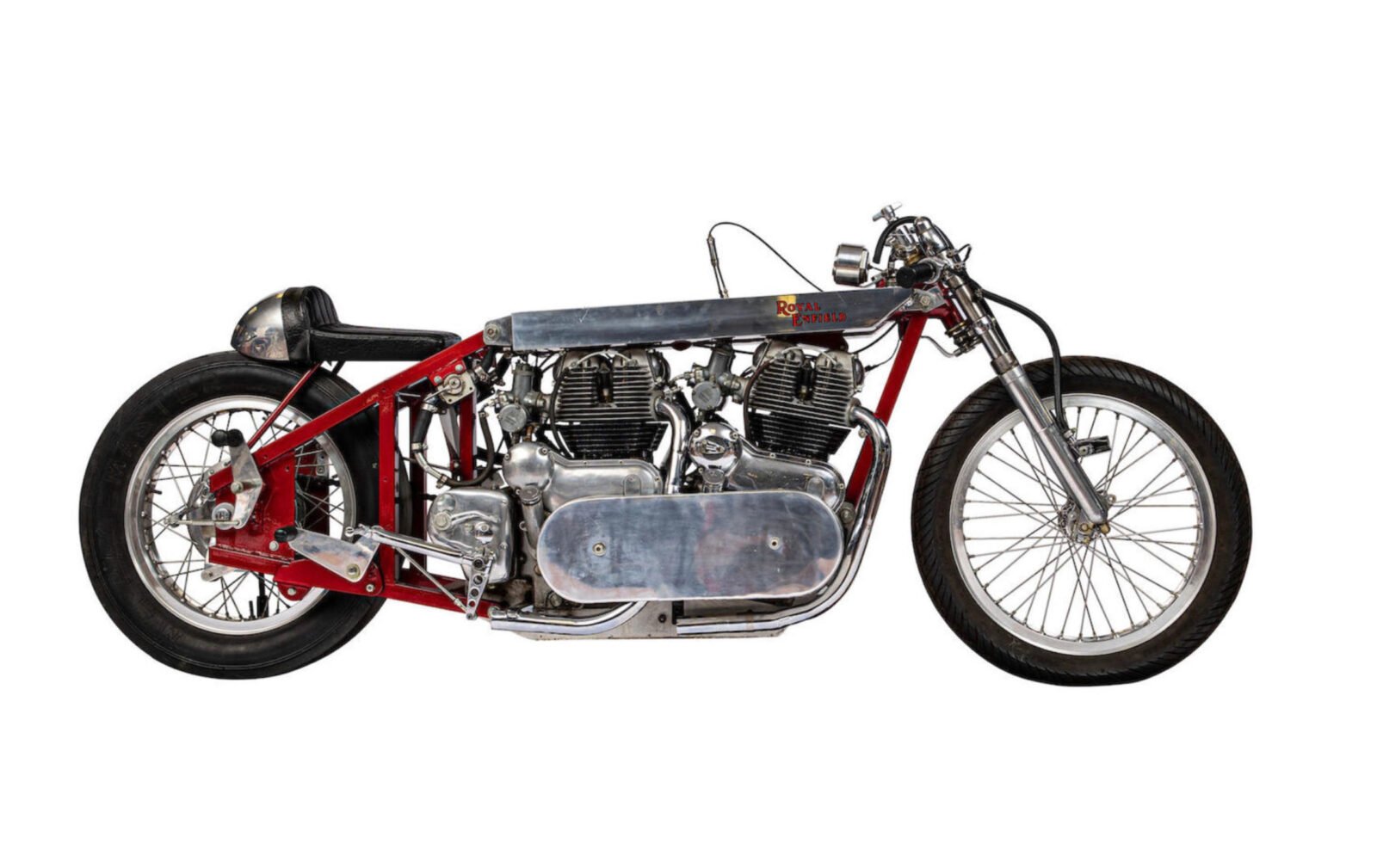 This highly unusual twin-engined Royal Enfield motorcycle was designed and built by Jimmy Enz of Lynwood, California in the late 1960s with one specific purpose in mind – to be the first man to go faster than 200 mph on an unfaired (naked) motorcycle.

The class record at the time was just a little over 191 mph, set at the Bonneville Salt Flats in Utah. Jimmy was a Royal Enfield enthusiast and he eschewed the more common Triumph, BSA, and Norton motorcycles of the era. He had set a new class record in 1964 of 135.314 mph on an extensively customised fuel-burning Royal Enfield Interceptor (with just the one engine).

After further modifications Jimmy ran the same motorcycle up to a top speed of 153.58 mph however the engine blew on the return run, and all record attempts require two runs in opposing directions – the average of the two top speeds is then taken.

Now that he needed a new bike, he decided to go all out and built a pure custom drag bike with twin engines working together to push him over that elusive 200 mph mark. 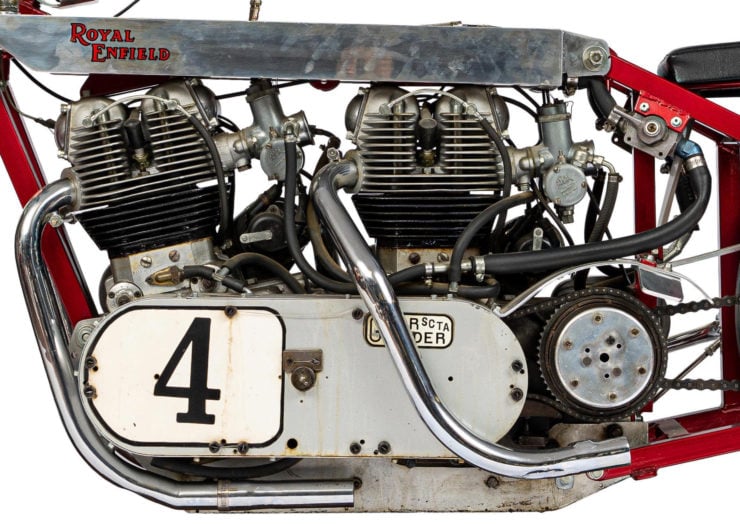 Jimmy developed a steel square tube cradle duplex frame to surround both engines. Due to his familiarity with the Royal Enfield Interceptor and his passion for motorcycles from the marque he chose to stick with what he knew – and he acquired two 736cc Interceptor engines for his new land speed racer.

Before installing them he rebuilt them to run on alcohol fuel with additional nitro-methane breathing through two Amal Monobloc carburettors on each engine. Fuel was fed to the carburettors via two aluminum fuel tanks, one for each engine.

It’s believed that the two engines working together were capable of over 200 bhp, impressively they were still running through their stock transmissions and clutches.

Sadly Jimmy died in the late 1960s before he ever had a chance to test his creation, his unusual twin-engined Enfield passed to his friend, Don Sliger, who made sure the bike was ready for a run at the record before transporting it to the salt flats at Bonneville. 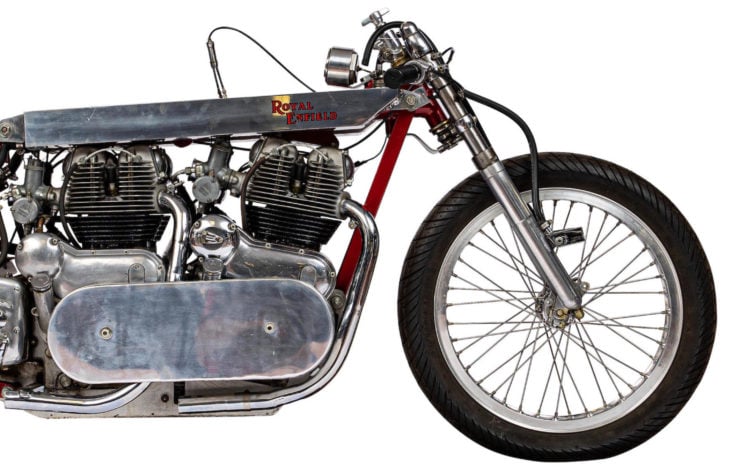 In the memory of Jimmy, Don would personally ride the twin-engined motorcycle. In 1970 Don set a new class record at Bonneville with a two-way average of 194.724 mph. A mechanical problem intervened when Don went for the 200 mph record but not before he had recorded a speed of 203.16 mph, the first time an un-streamlined motorcycle had topped 200 mph.

In the years after its competitive life the unusual Enfield was acquired by the National Motorcycle Museum where it was put on display due to its historic significance.

It’s now coming up for sale for the first time in decades with an estimated price of between £25,000 to £30,000 ($33,717 to $40,461 USD). It is important to note that the motorcycle’s current mechanical condition is unknown, and any buyer should anticipate it requiring a rebuild before any operation is attempted. 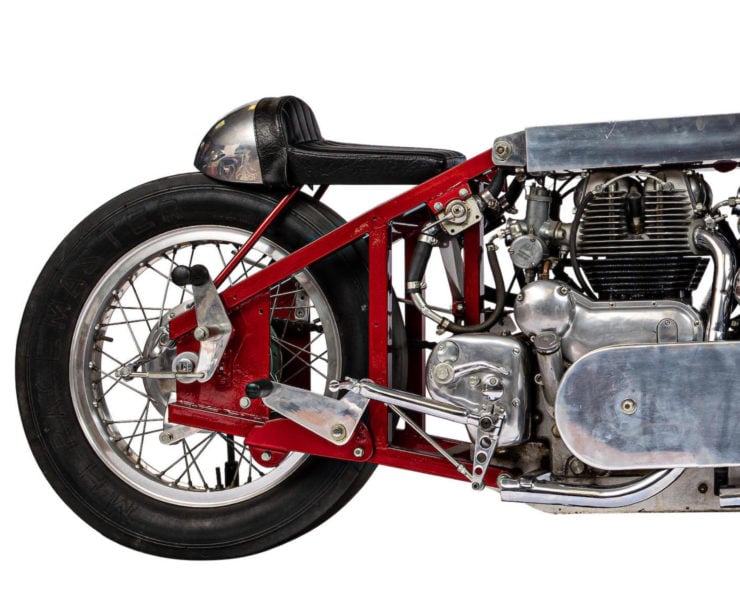 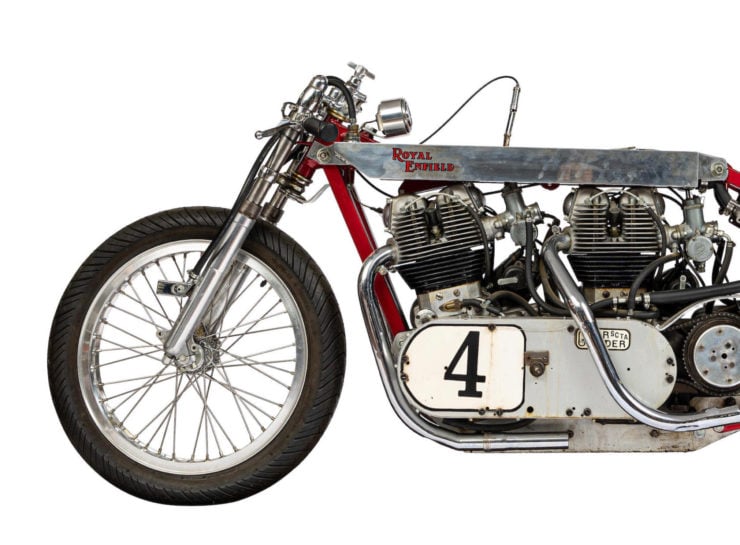 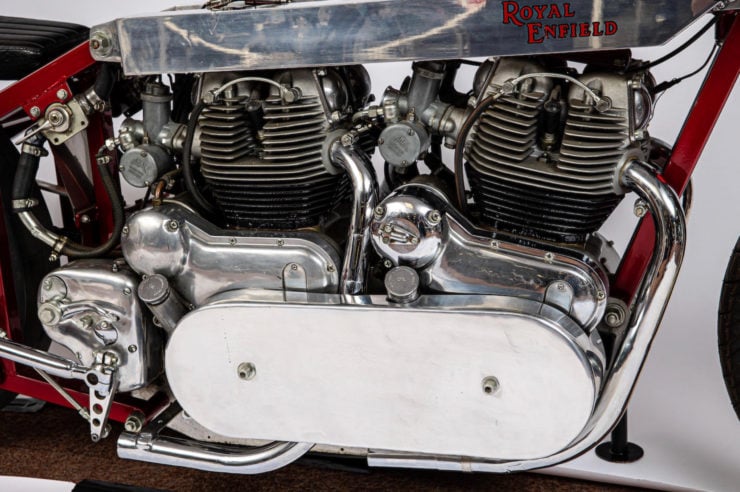 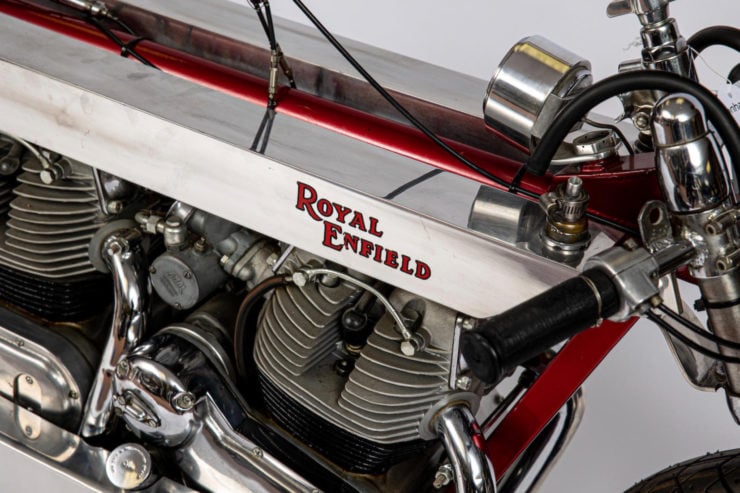 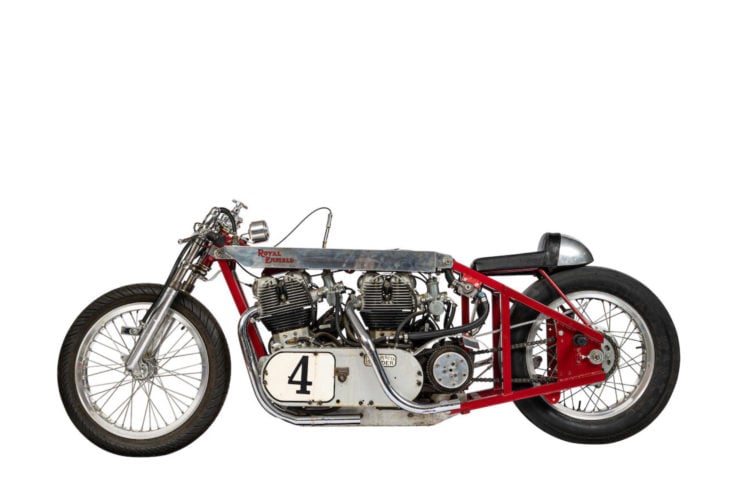