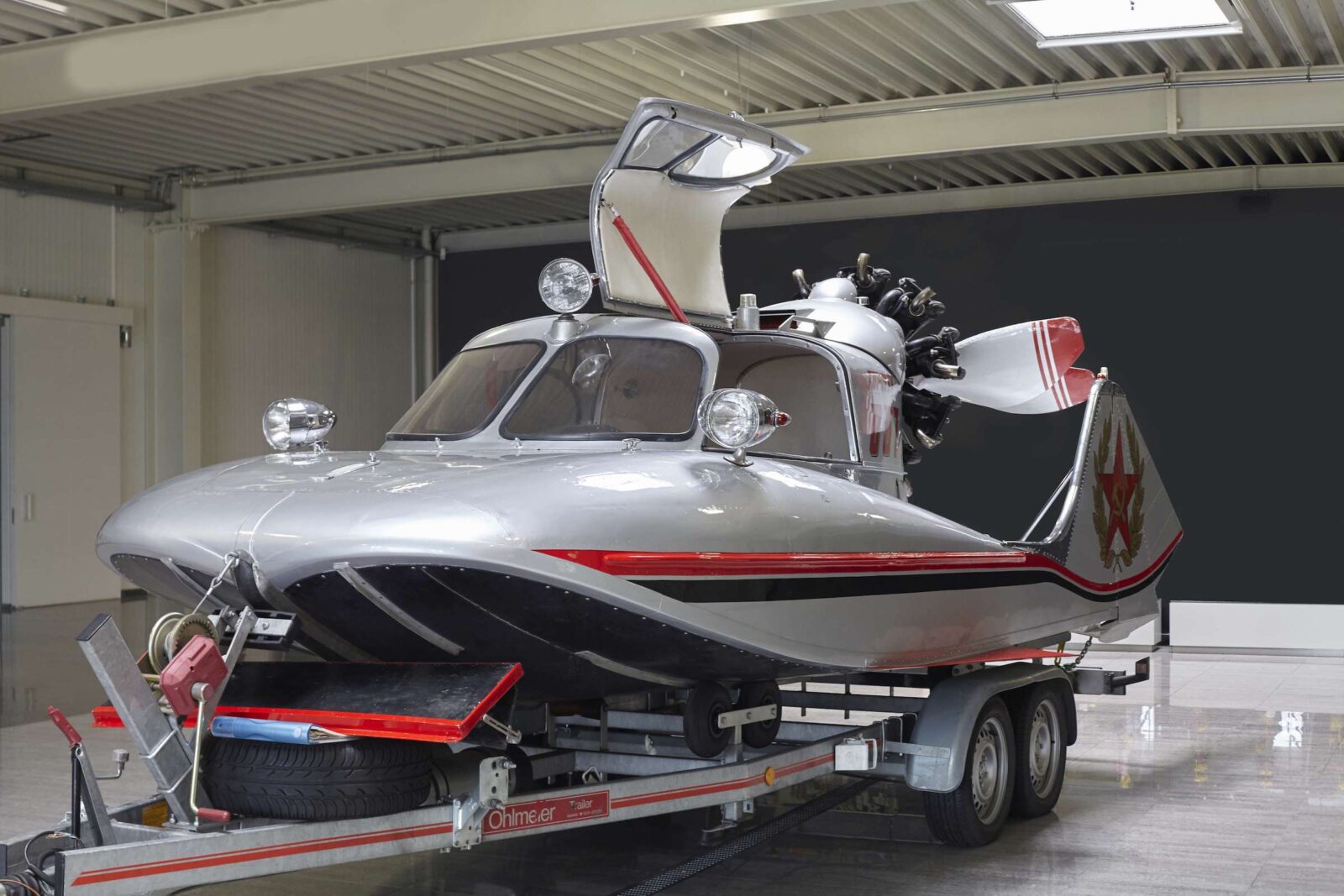 The Tupolev A-3 Aerosledge is an unusual curiosity from the depths of the cold war, the CIA and MI6 doubtless had thick folders on the craft as it was used for collecting both cosmonauts and crashed pilots in the remote areas of Siberia.

Alexei Tupolev of the Tupolev Design Bureau originally developed the Tupolev A-3 in the early 1960s, the first production A-3 was delivered in 1964. The main problem that the Aerosledge had been built to solve was the difficulty of reaching remote communities and military bases in the wide frozen expanses of Russia’s wild eastern region.

Roads in Sibera are of limited use in the winter due to snowfall, and rivers freeze over for months at a time. Alexei Tupolev had been tasked with designing a vehicle to overcome these seemingly insurmountable obstacles – and he knew it couldn’t be an aircraft, as frequent storms, blizzards, and white outs would make it all but impossible to fly for days or even weeks at a time.

The design that Alexei and his engineers settled on was the aerosledge, a craft not dissimilar in function and design to the airboats commonly seen in the Florida Everglades and the Louisiana bayous. Unlike airboats, the Aerosledge has an enclosed fuselage and a bottom designed to operate on snow and ice as well as water. 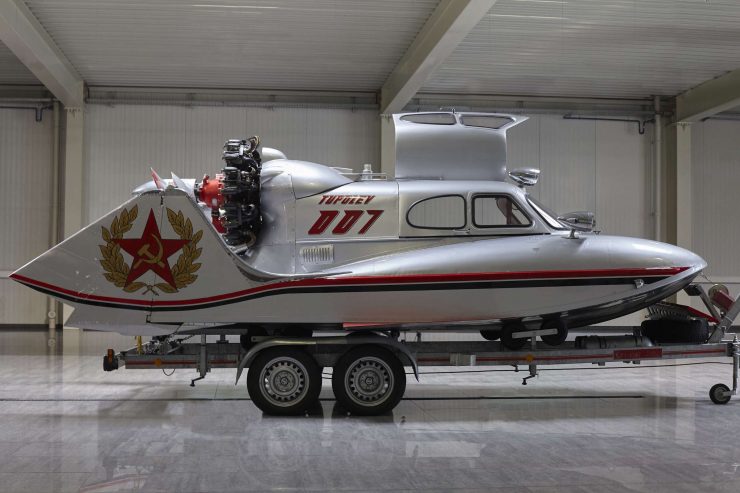 The first A-3 built in the 1960s were powered by a 100 hp M-11 5-cylinder air-cooled radial engine in a pusher configuration, later A-3s were fitted with a 260 hp AI-14R radial mounted on a shock-absorbing tubular frame, with a cowling to cover the oil tank and pipes for the lubrication system.

The Tupolev Design Bureau is best known for designing aircraft, and they didn’t stray far from their roots with the A-3. The craft has a aircraft-type frame constructed with longerons, ribs, and stringers onto which D-16 Duraluminium (an aluminum alloy) are riveted – ensuring that it’s both strong and lightweight.

The underside has replaceable panels of low friction 3.5 mm polyethylene attached, with three stainless-steel runners mounted to the hull base. Incredibly, the Tupolev A-3 has a draft of no more than 2 inches even when fully loaded. 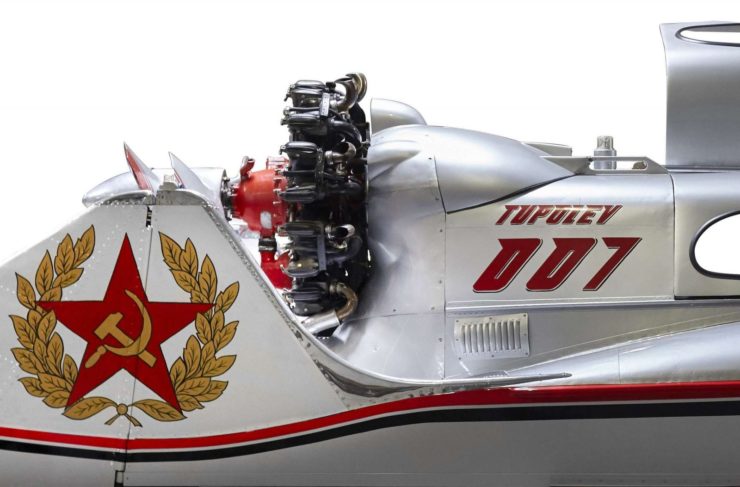 Directional control is provided by twin rudders designed to vector thrust from the propeller, allowing the Aerosledge to turn even when not moving forwards. If the pilot pulls the yoke towards his or her chest, the rudders both rotate outwards into the airflow to act as an airbrake.

The latter 260 hp version of the Aerosledge was capable of 120 km/h on the snow and nearly 70 km/h on water – a vast improvement on the speeds that had previously been possible using tracked vehicles.

Over the course of its early ’60s to early ’80s production run, it’s thought that over 800 A-3 were built. Many have since been scrapped and there are very few surviving and functional examples left – possibly also due to the hard life they lived in some of the most inhospitable terrain on earth. 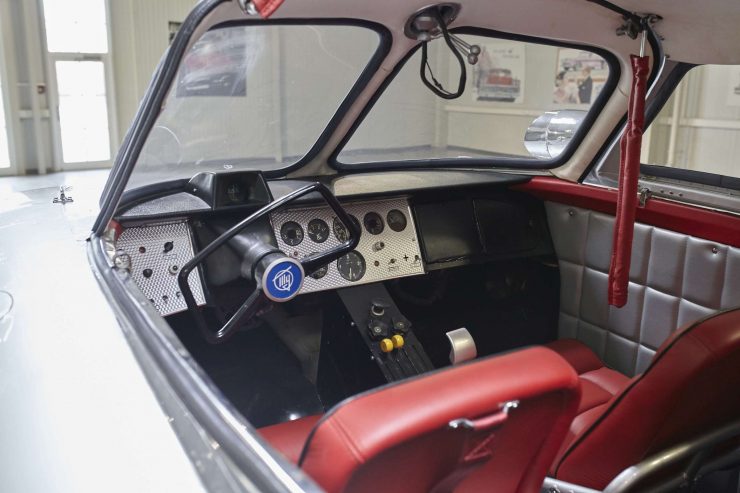 The Tupolev A-3 Aerosledge Shown Here

The A-3 you see here has had one significant upgrade that were never available from the factory – it’s powered by a Vedeneyev M14P air-cooled supercharged 9-cylinder radial aircraft engine with a displacement of 10.16 liters, twin propellers, and 360 hp.

Now licensed with the cold war appropriate tag N007, this Aerosledge was extradited from the USSR during perestroika, its fuselage was comprehensively restored by hand by a German specialist, and its engine rebuilt in Bacau, Romania.

Since crossing the Atlantic (not under its own power) and taking up residence in the USA it’s won the “Corinthian Awards”, awarded at the “Keels and Wheels” concours d’elegance, at Houston, in 2006.

It’s now being offered for sale by Artcurial on the 19th of June in Paris, the estimated hammer price is listed as €140,000 to €200,000. If you’d like to read more about it or register to bid you can click here. 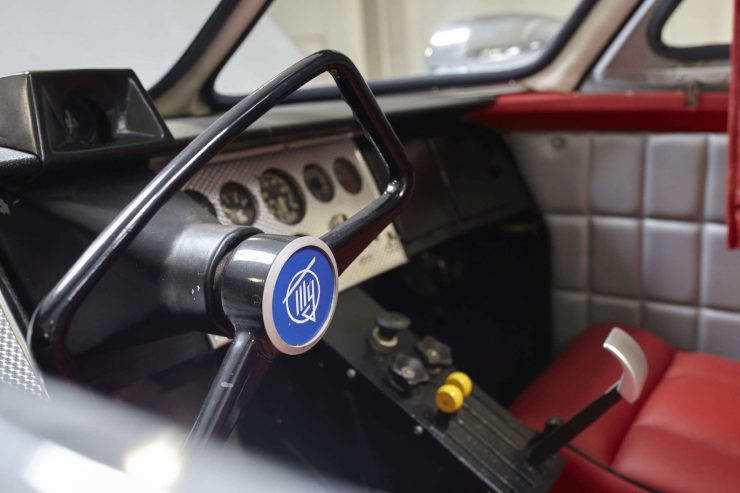 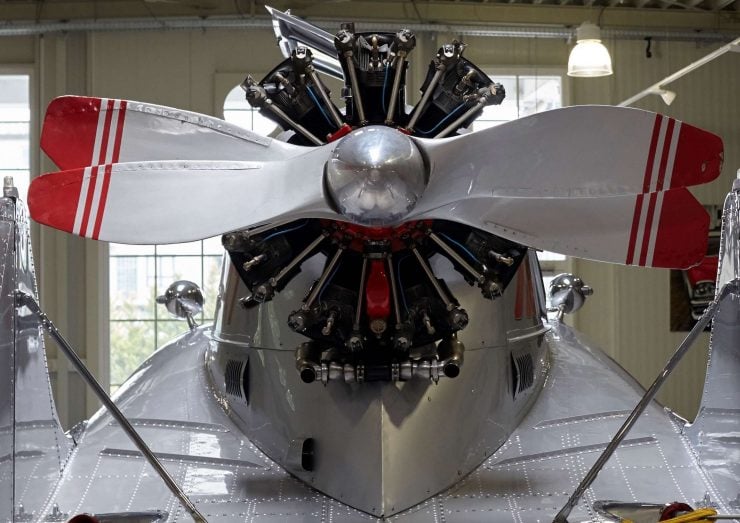 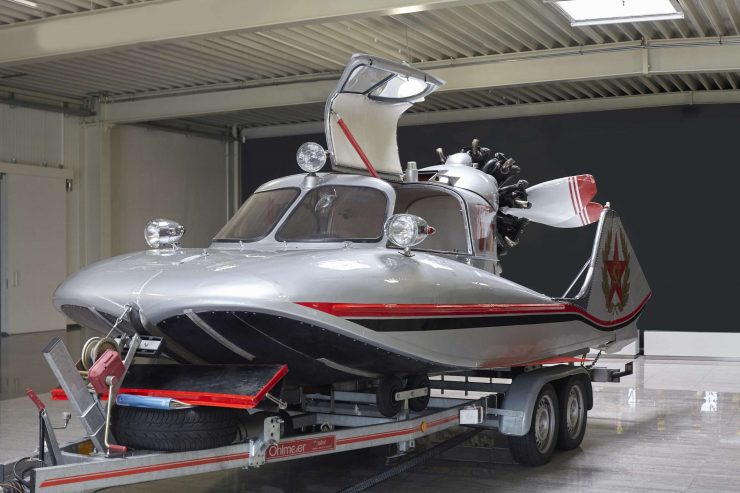 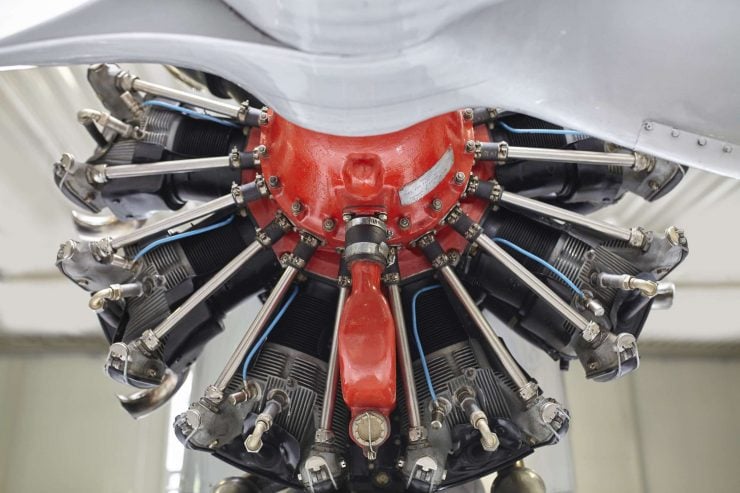 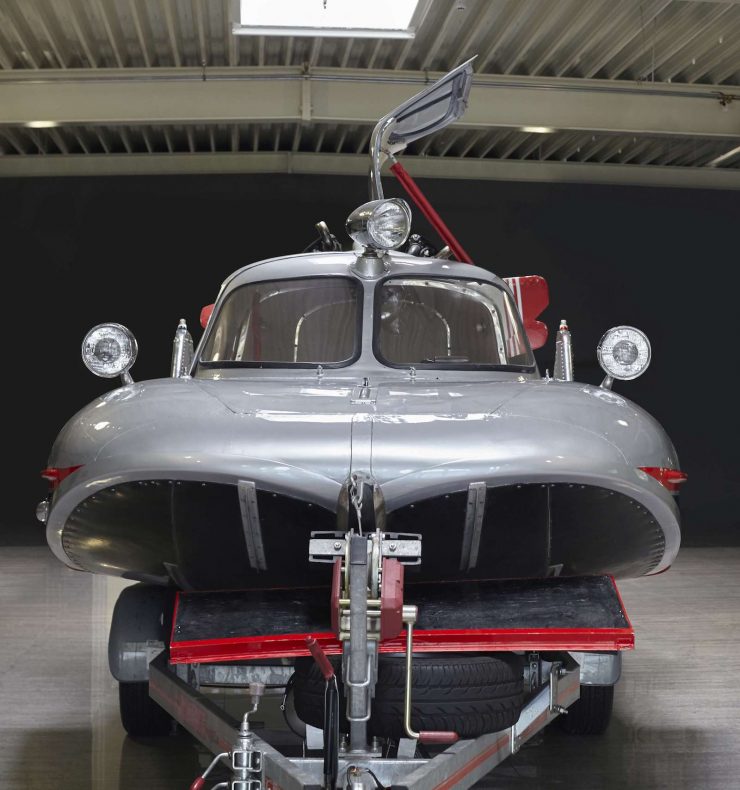 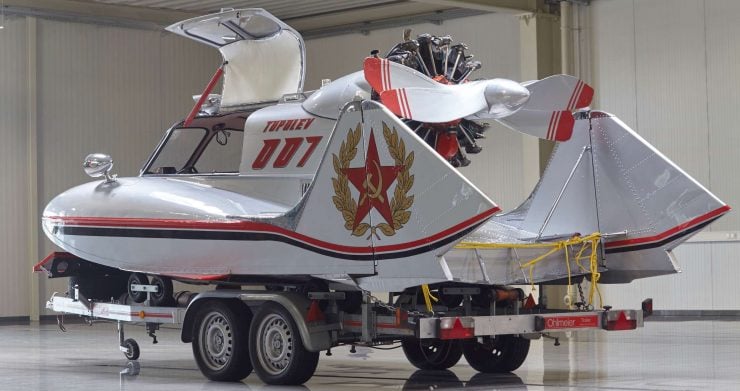 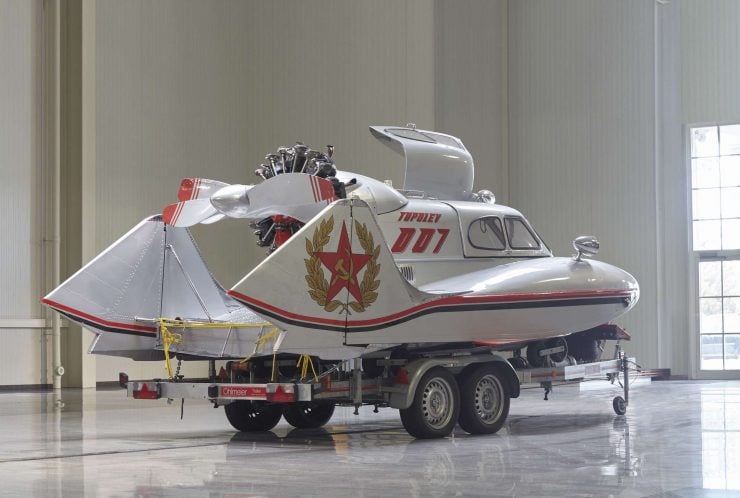 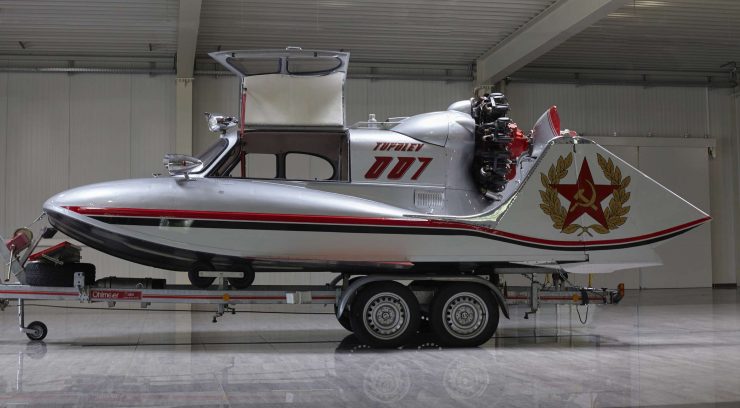 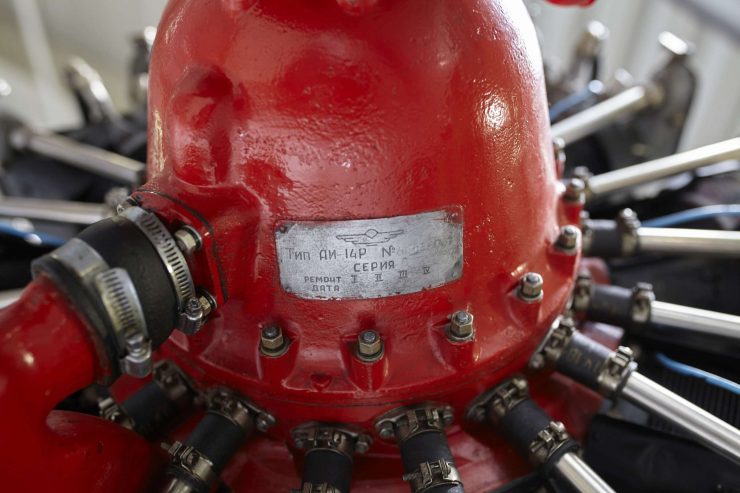 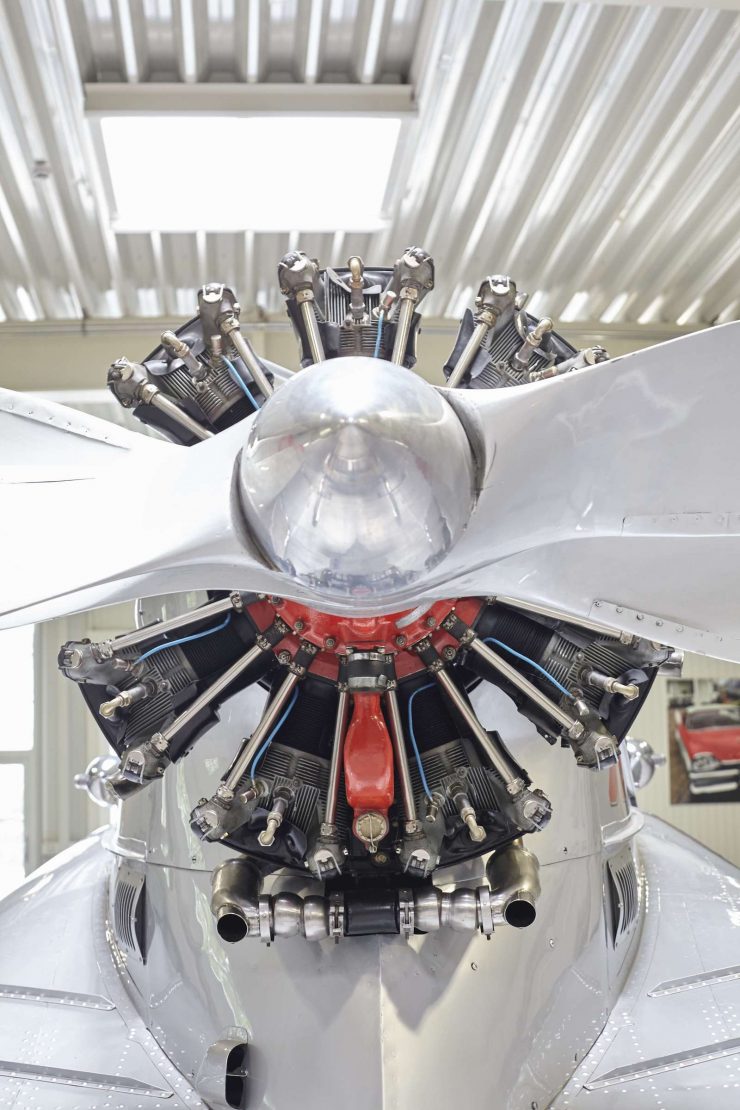 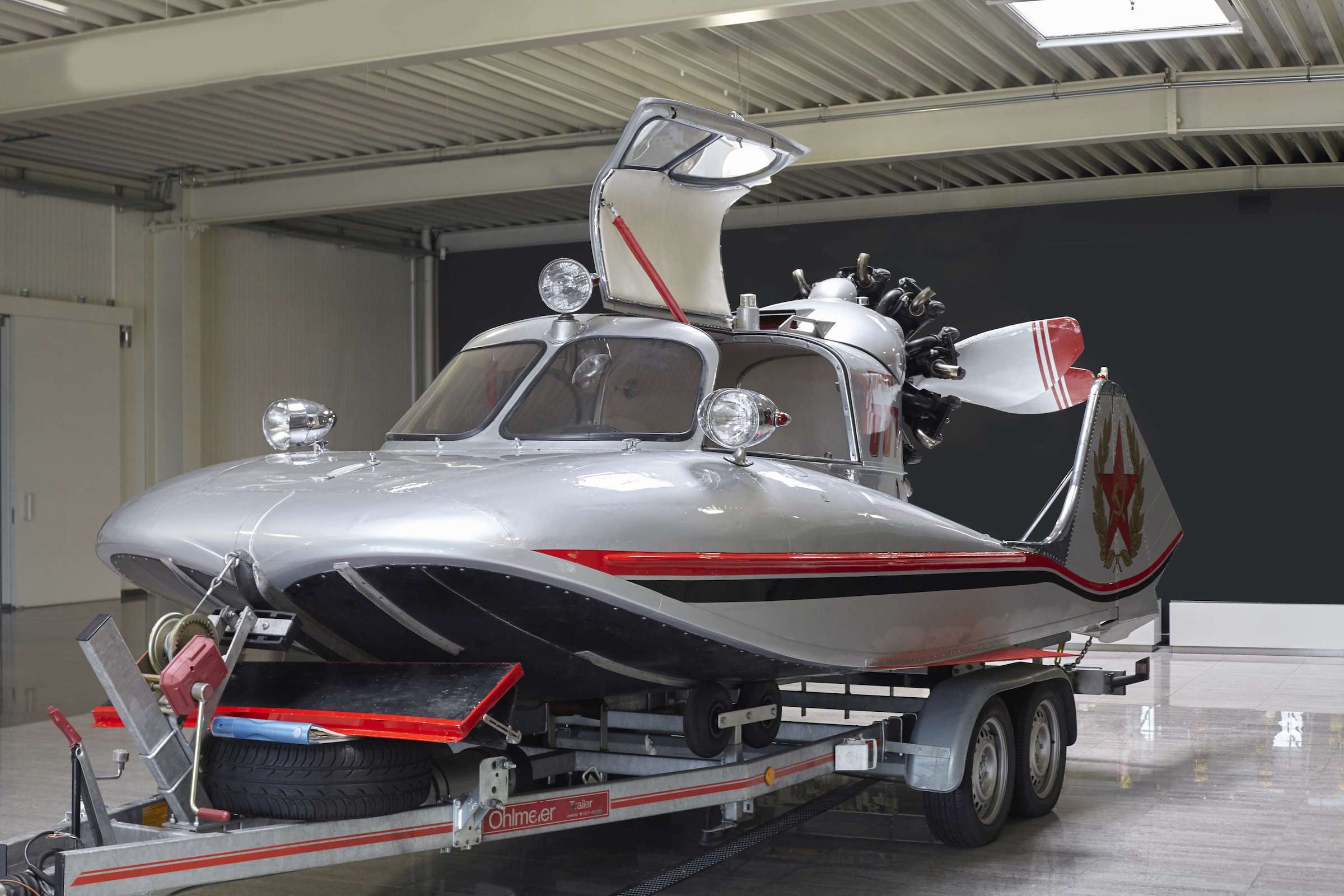