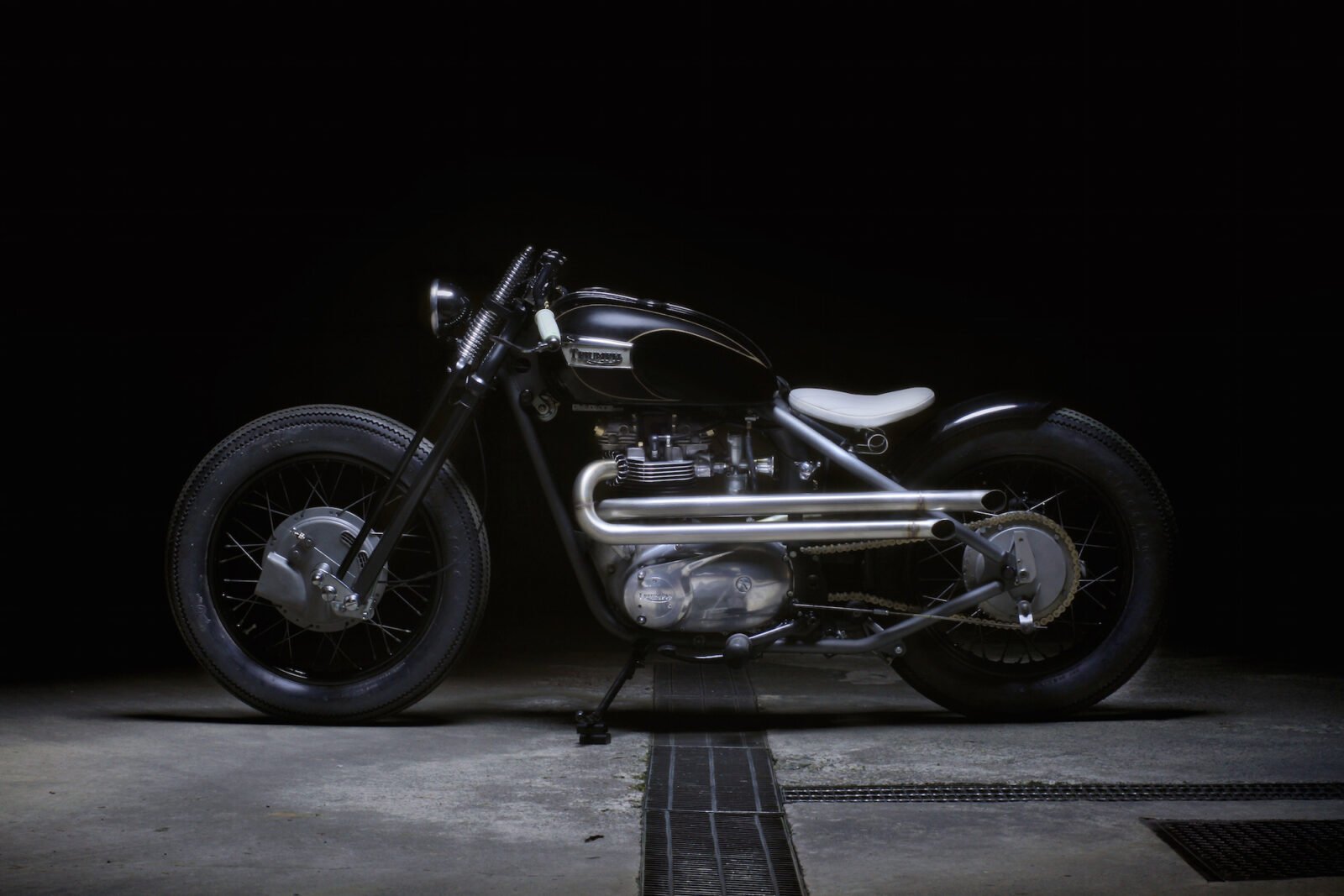 The Triumph TR6 was introduced in 1956, and it would go on to be one of the most important and iconic British motorcycles of all time. The racing variant of the TR6 was often referred to as the “Desert Sled”, a moniker it acquired through over 20 years of competition success in off-road races.

Steve McQueen is probably the single largest contributing factor to the now legendary status of the model – he rode a number of TR6s in competition, and he used a camouflaged version for his famous scenes in The Great Escape.

Triumph developed the model specifically for the American market – riders in the USA wanted larger capacity motorcycles that were better suited to the wide open and lightly policed highways that stretch across the country. The four-stroke parallel twin had a swept capacity of 649cc, a dry weight of 365 lbs and (depending on the specific year) a power output of between 34 hp and 46 hp.

Engineers continued to rapidly develop the TR6 over the course of its 17 year production run, pre-unit construction was swapped out for unit construction in 1963, the magneto was switched for a coil at the same time and tougher forks were added. In 1971 the TR6R Tiger and TR6C Trophy were both upgraded to the P39 oil-in-frame design, which further improved handling thanks to increased frame rigidity.

The bike you see here is a 1971 Triumph TR6R Tiger, although it’s seen a healthy amount of modification at the hands of Sartorie Meccaniche – a Milan-based custom motorcycle garage that’s been consistently turning out some of the most beautiful motorcycles in the world over the past few years.

Their work on the Triumph started as all customs probably should – with a full engine tear-down and rebuild. The Amal carburettor was also rebuilt and jetted to match its new velocity stack. A pair of custom exhaust pipes were then fabricated and fitted, both exiting parallel on the left side.

The team decided to use a tried and tested David Bird hardtail rear frame, and the original wheels were used front and back – after being  restored and powder-coated in black. These wheels were paired with a set of Firestone Deluxe Champion tires and a vintage Harley-Davidson springer fork was modified to fit onto the front end.

The original fuel tank was kept and repainted to suit the new bike, and an all-original wiring loom was made – a mighty feat of electrical tinkering that’ll be impressive to anyone who’s worked on vintage motorcycle electrical systems.

The completed bike is one of the most beautiful Triumph bobbers we’ve seen in recent memory – there’s been so much focus on cafe racers and scramblers in recent years that the humble bobber has been almost swept to the side, which seems a shame as a well-built bobber can be an incredibly rewarding motorcycle to own and ride.

If you’d like to see more from Sartorie Meccaniche you can click here to visit their official website, the same team also produces vintage-inspired bicycles, so there should be something to pique the interest of almost everyone. 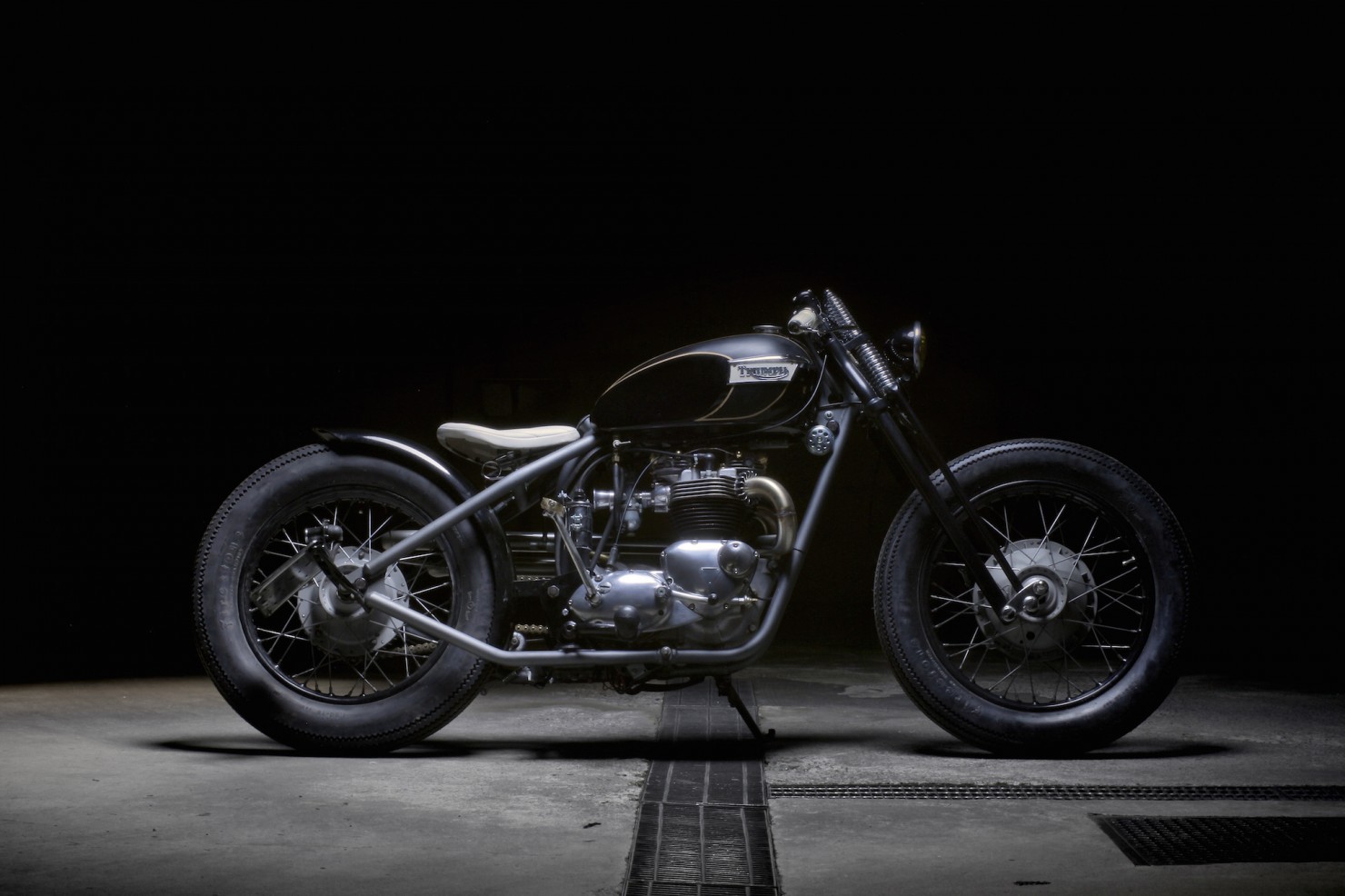 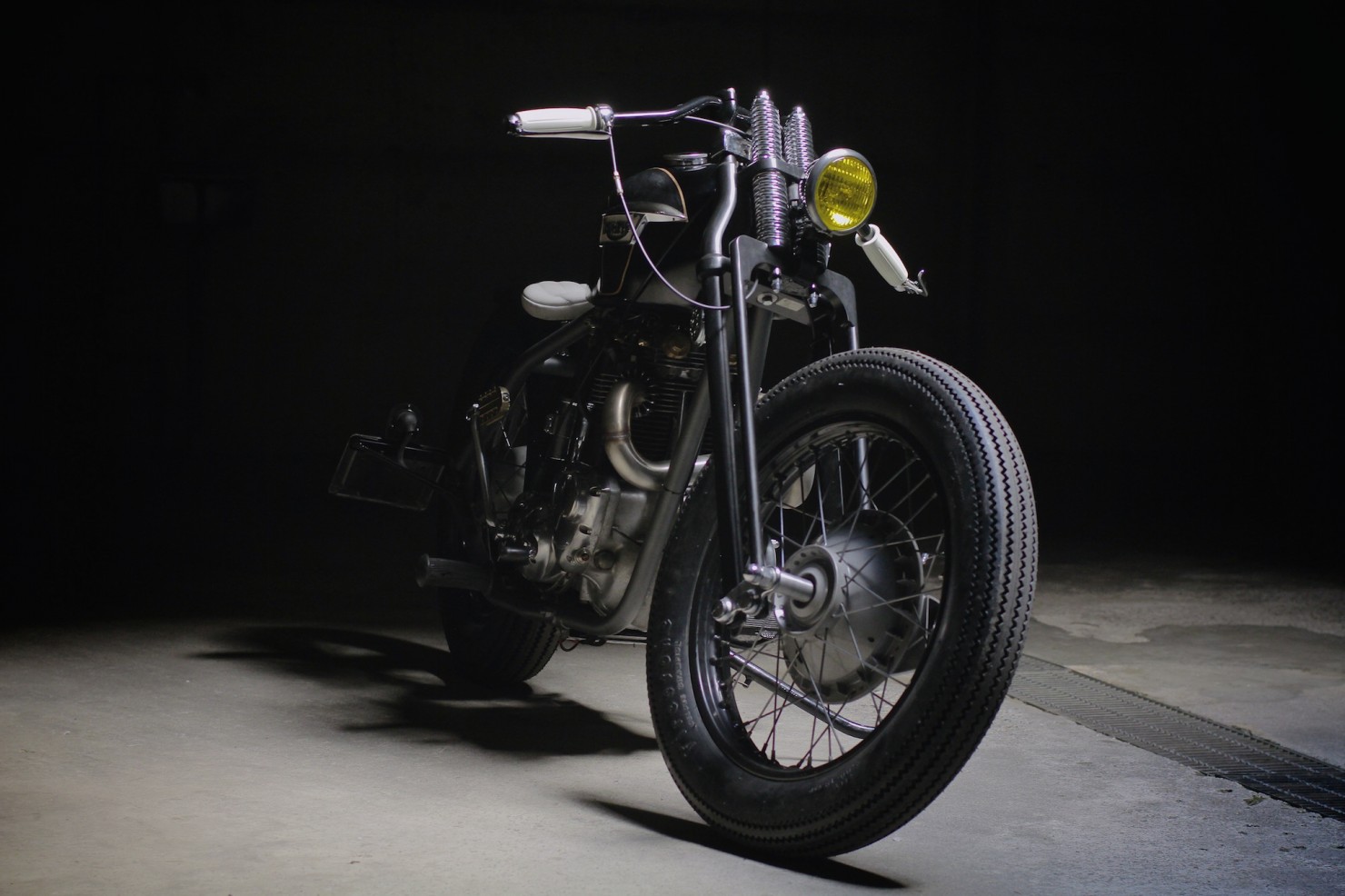 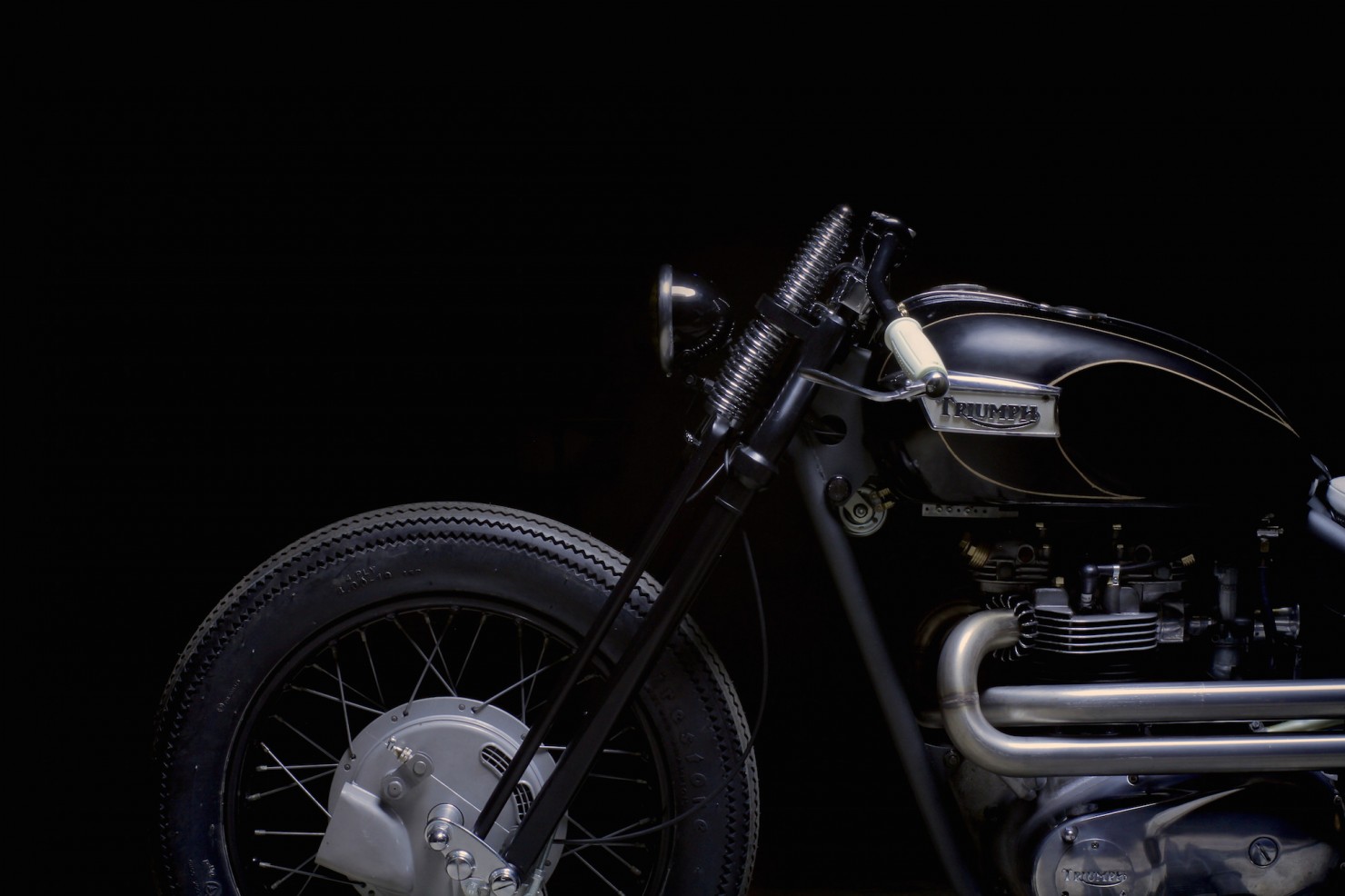 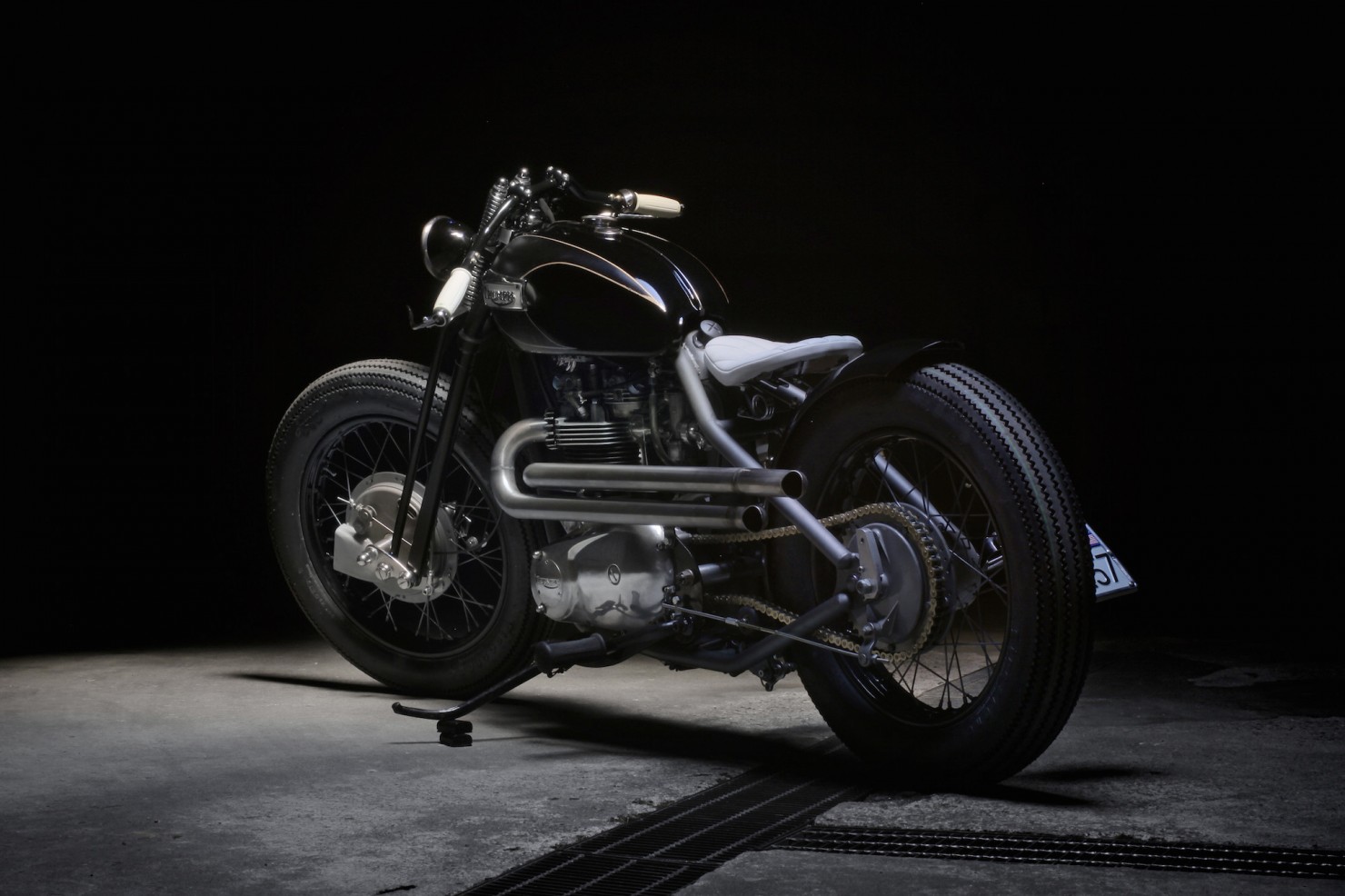 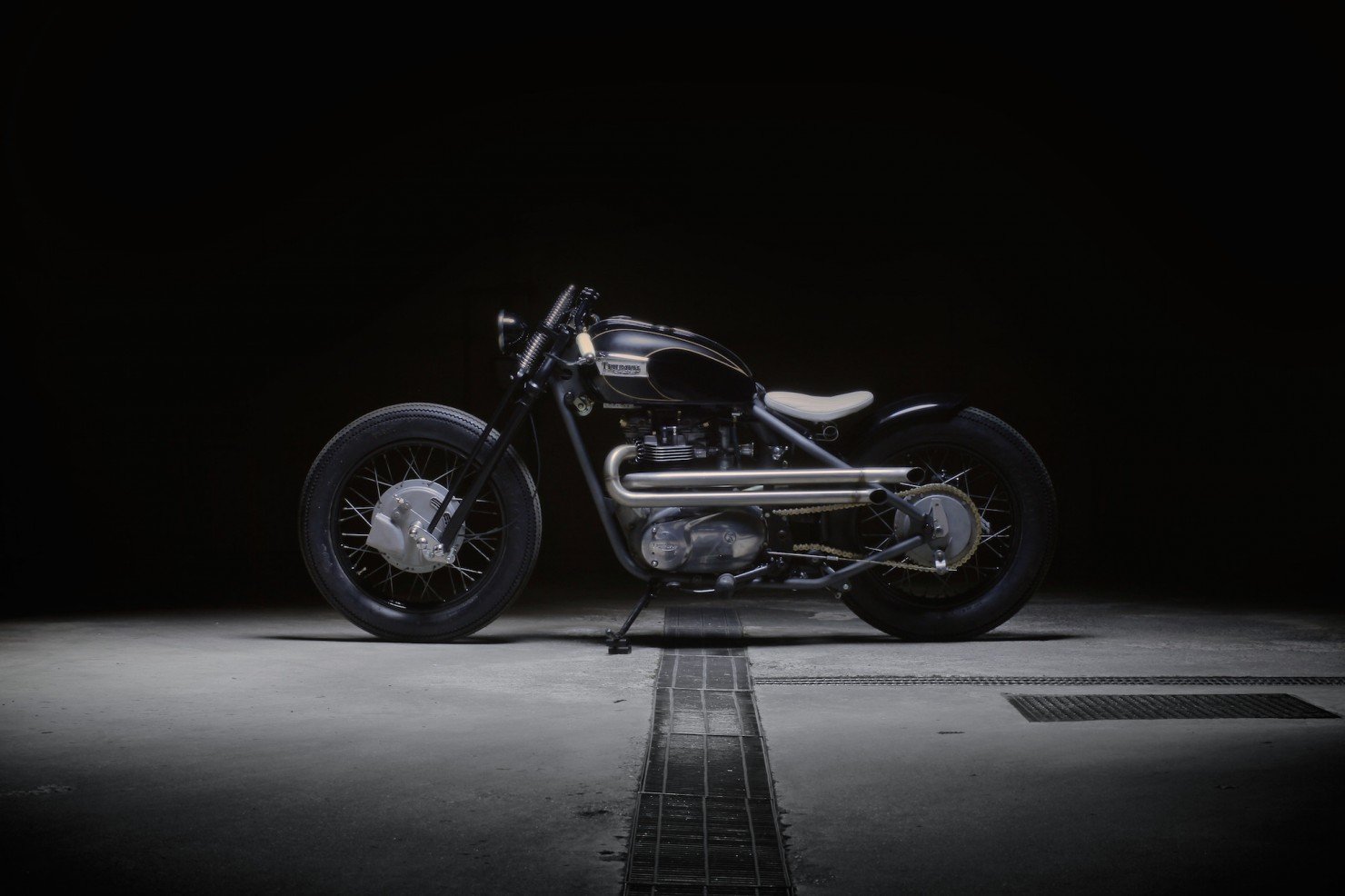 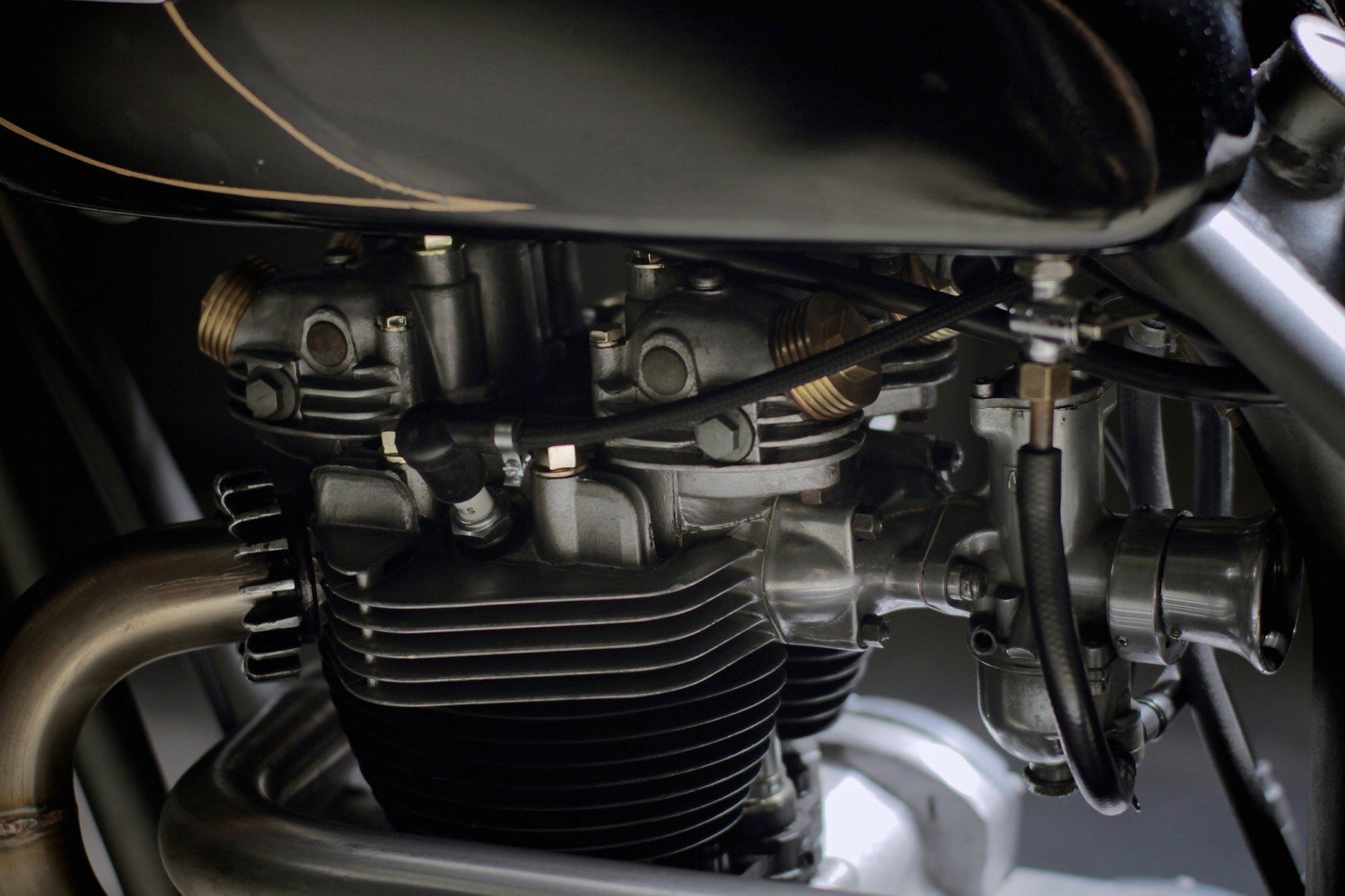 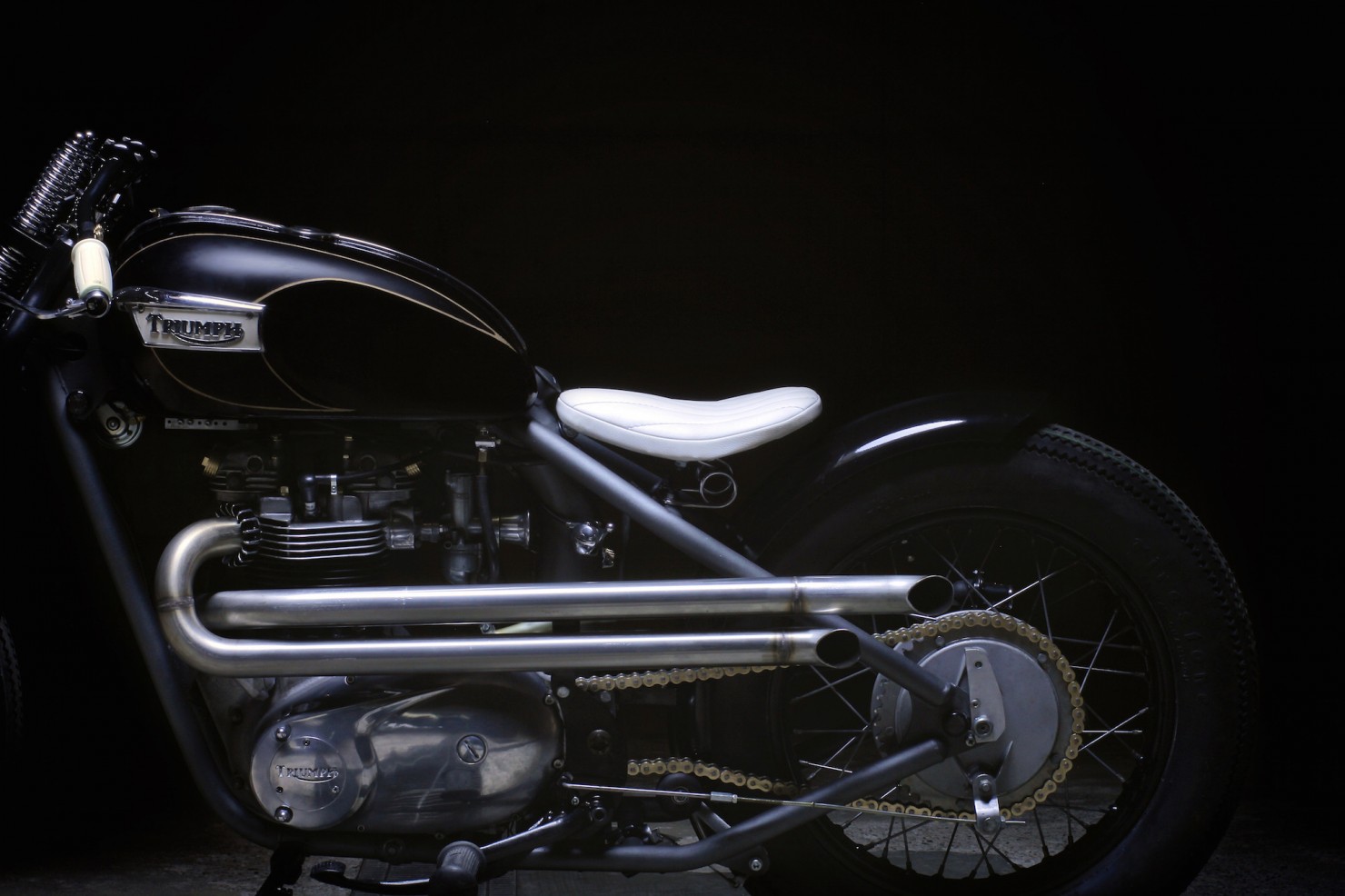 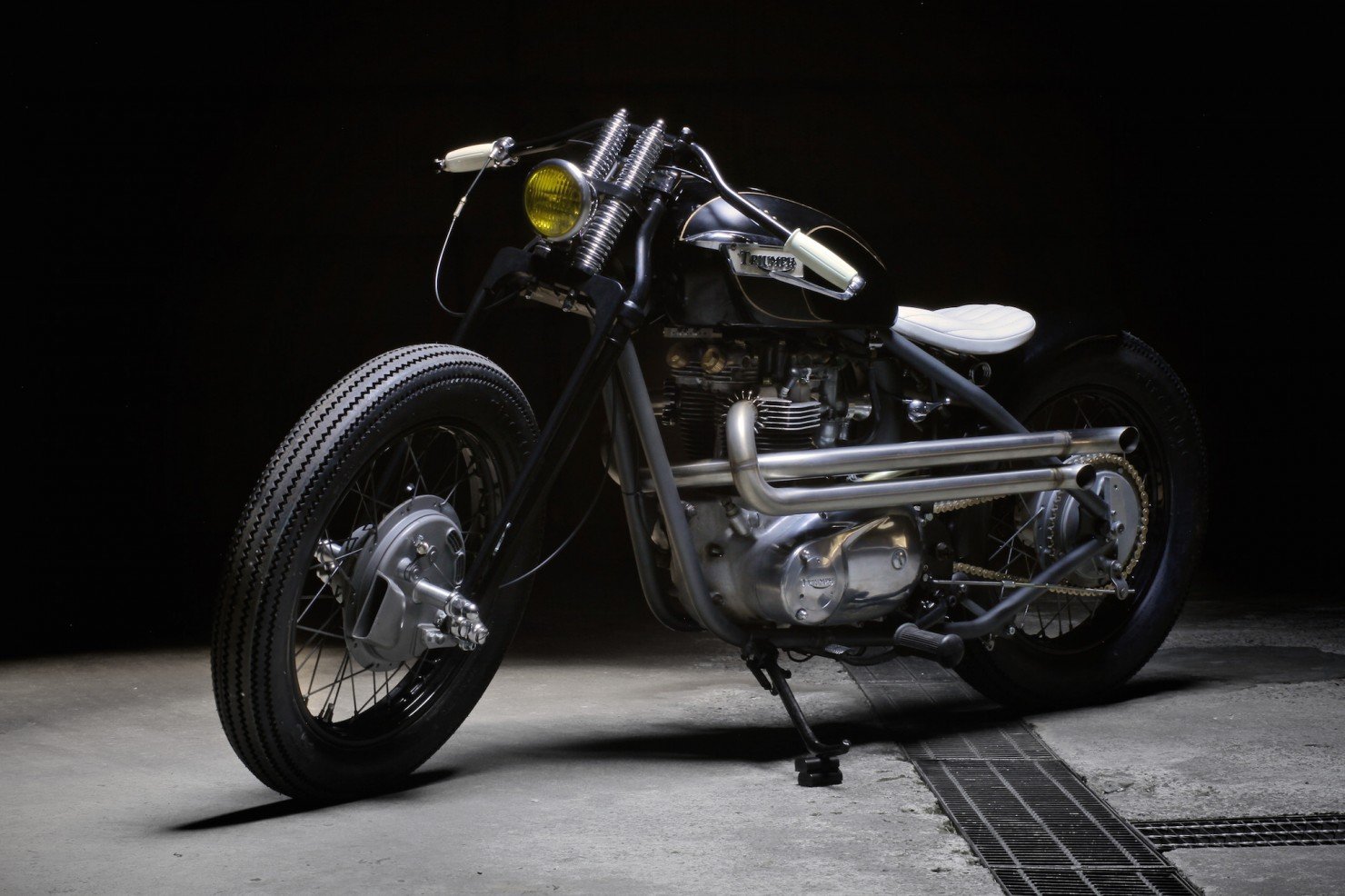 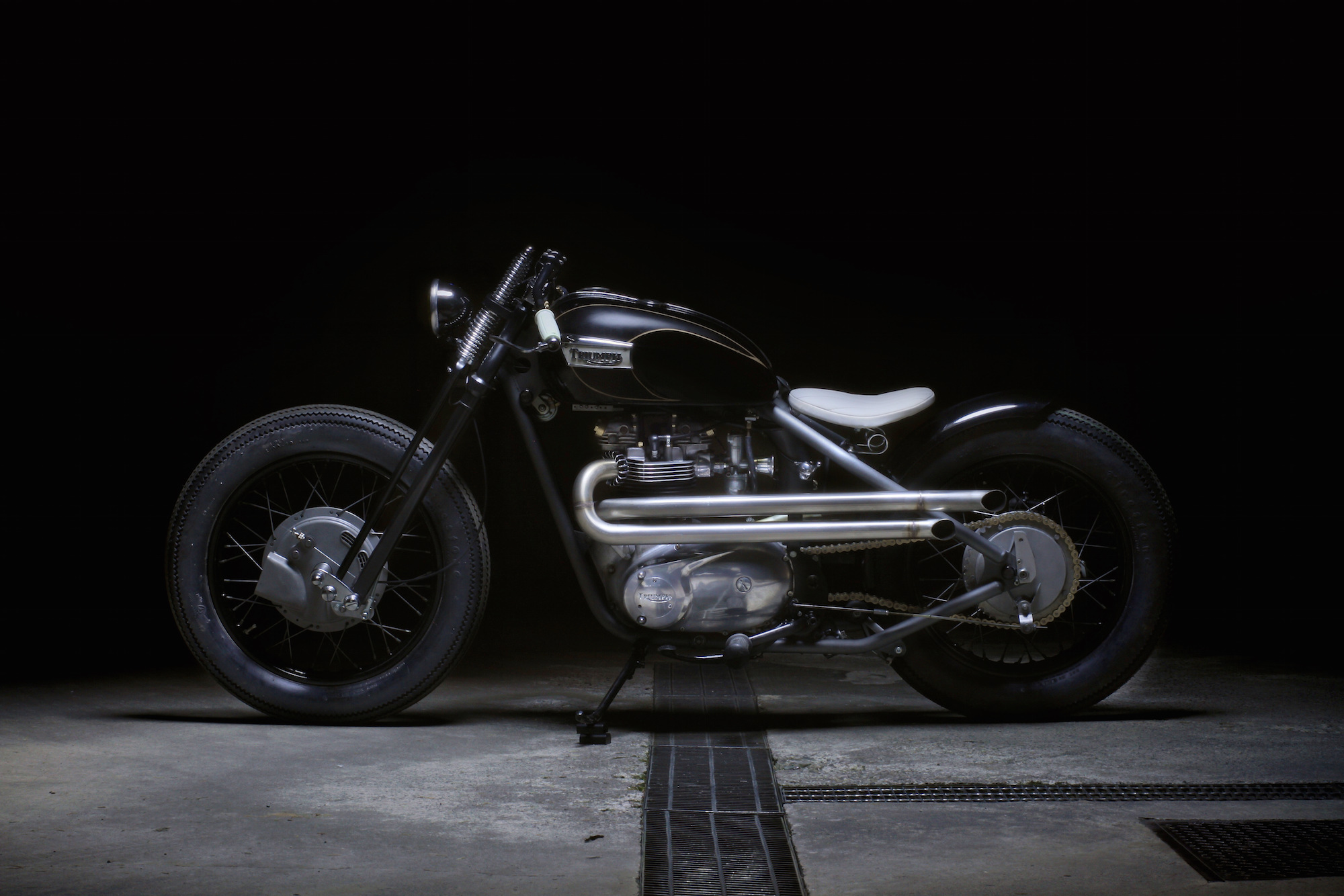