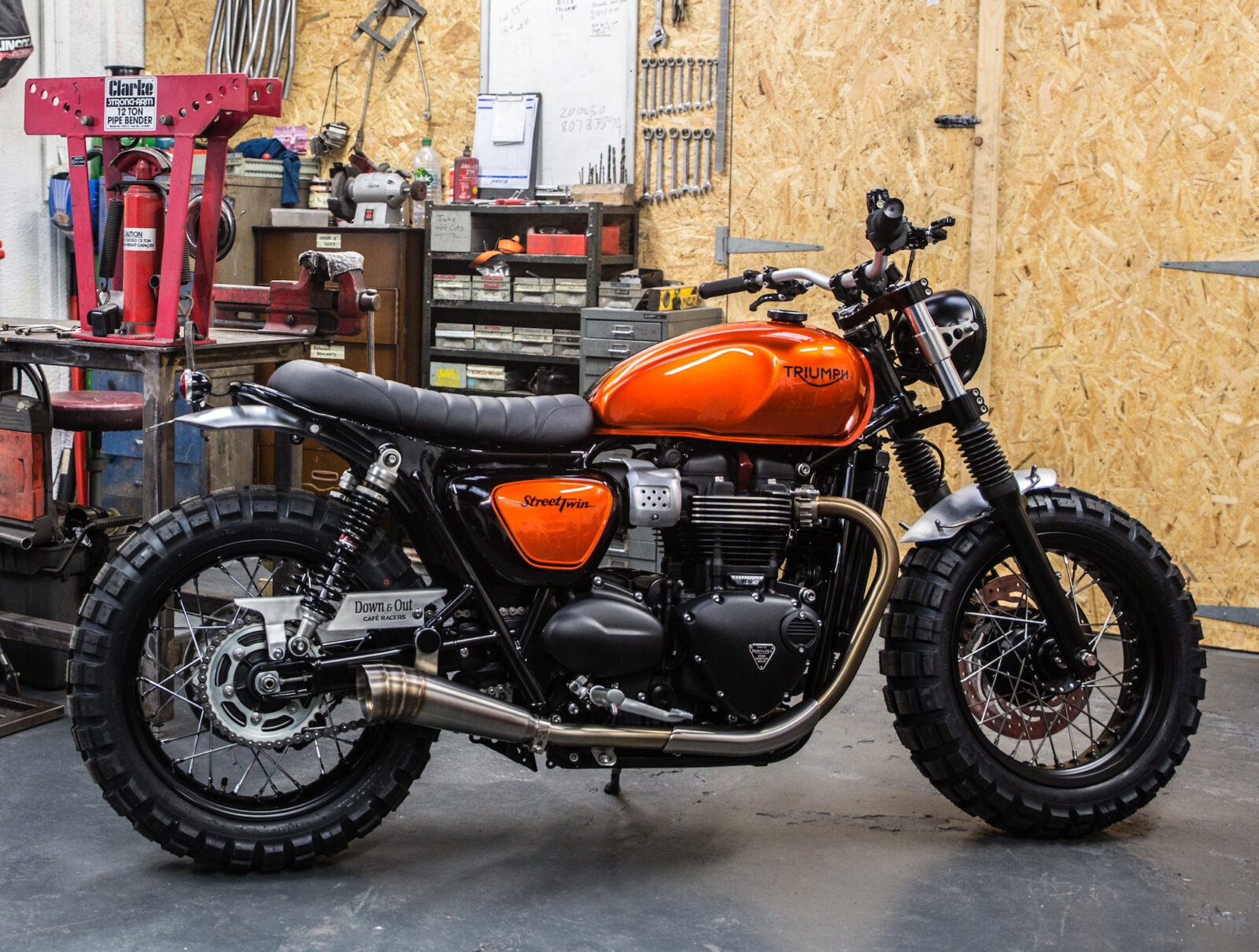 The new Triumph Street Twin was introduced in late 2015 to much interest from the public and motoring media, although technically the new 1200cc Triumph Bonneville was listed as the successor to the outgoing 898cc Bonneville – it’s the Street Twin that’s the most similar in size and performance.

The original “new” Bonneville first released in 2001 is largely credited with kicking off the retro motorcycle trend that seems to be doing nothing but gaining speed even 15 years later. Triumph spent years developing the successors to the Bonneville and Scrambler, and there was no small amount of gossip in motorcycle journalism circles about what the new bikes might look like and what the specifications of the new engines would be.

The Triumph Street Twin is the most affordable of the new series and the overwhelming majority of the reviews you’ll read online give it 5 stars and a glowing overall assessment. It’s lighter than the outgoing Bonneville with significantly increased power, 18% more torque, and improved handling thanks to the new frame and suspension.

The new air and water-cooled parallel twin has a capacity of 900cc with 54 bhp on tap, it produces 59 ft lbs or torque (at 3200 rpm), a 270 degree firing interval similar to that of the outgoing Scrambler, and it offers 60.8 miles per gallon (US).

The The Triumph Street Twin you see here is the work of Down & Out Cafe Racers, a garage based in Barnsley just above Sheffield in England. They swapped out the stock cast aluminium wheels and tires with a new set of spoked wheels fitted with chunky Continental TKC80s front and back, a new set of matching aluminium front and rear fenders have been added and the original blinkers, brake light and head light have all been swapped out for smaller aftermarket parts.

The build was finished off with a new seat, handlebars and a 2 into 2 exhaust. Although Triumph is no longer selling a factory scrambler I think we’ll be seeing a lot more Triumph Street Twins rebuilt into the desert sled / scrambler mould – in fact Triumph is selling many of the aftermarket parts needed for the change. 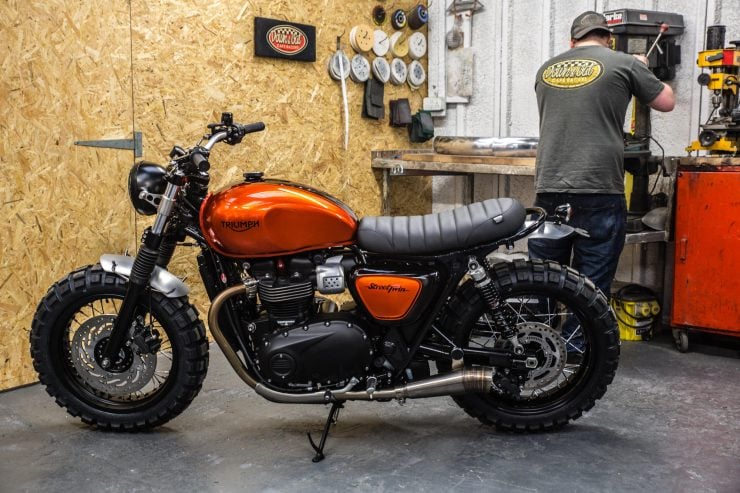 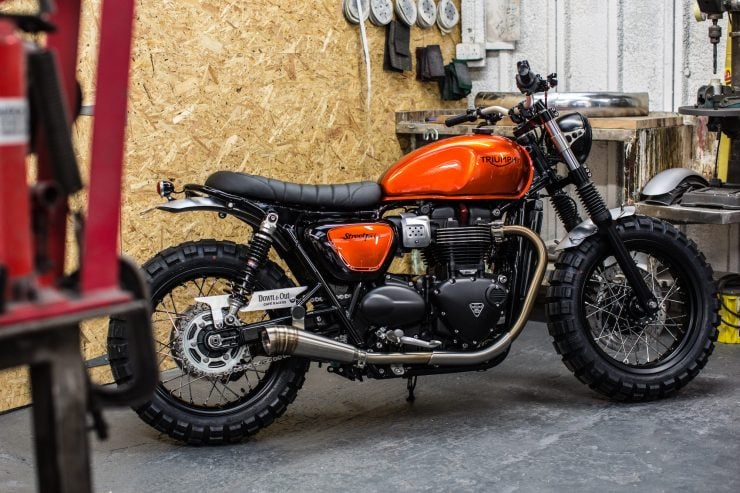 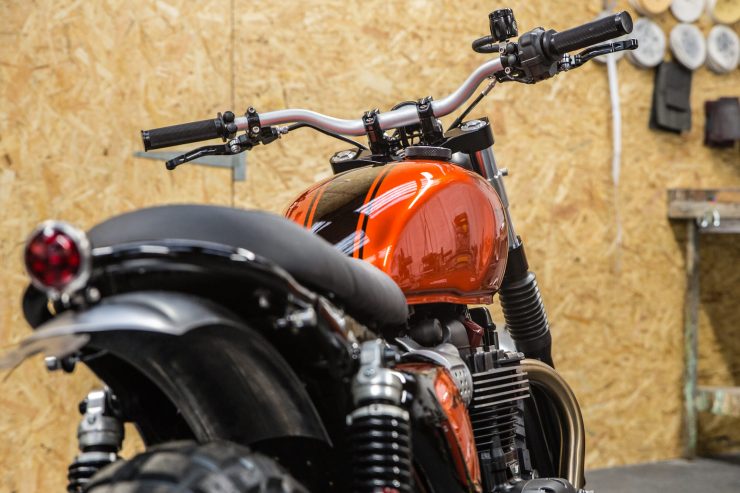 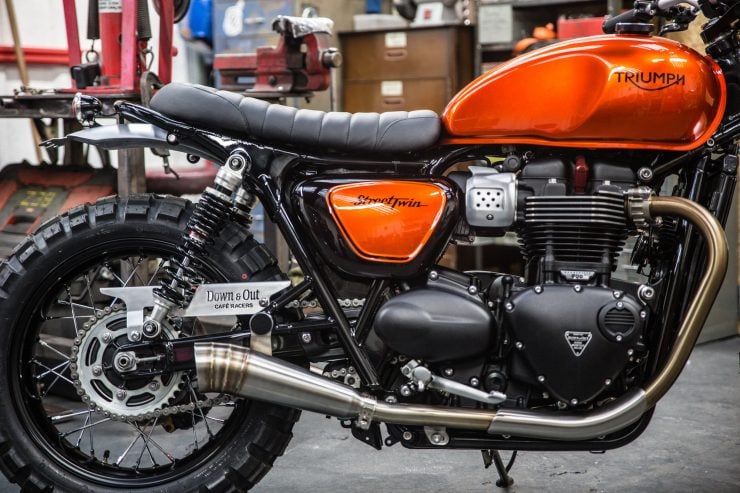 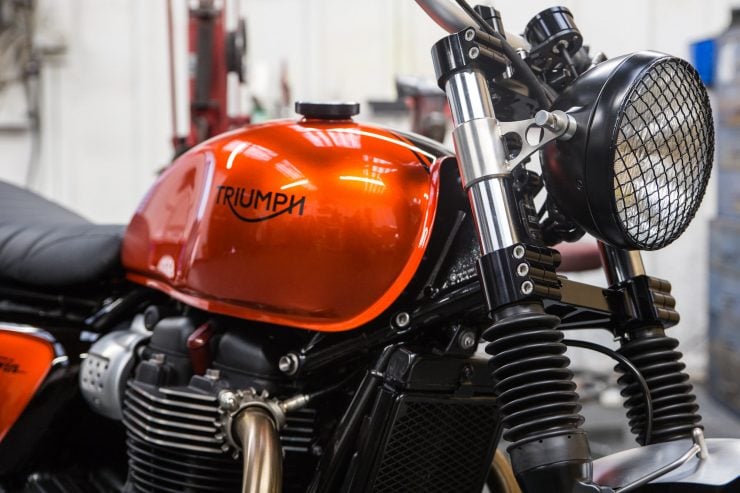 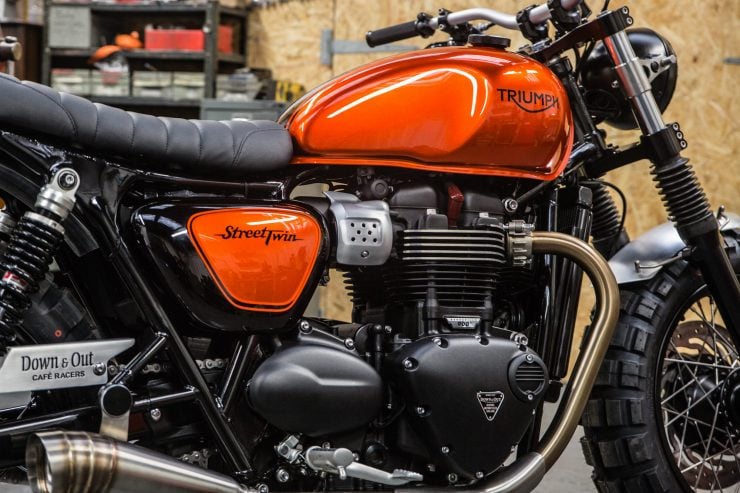 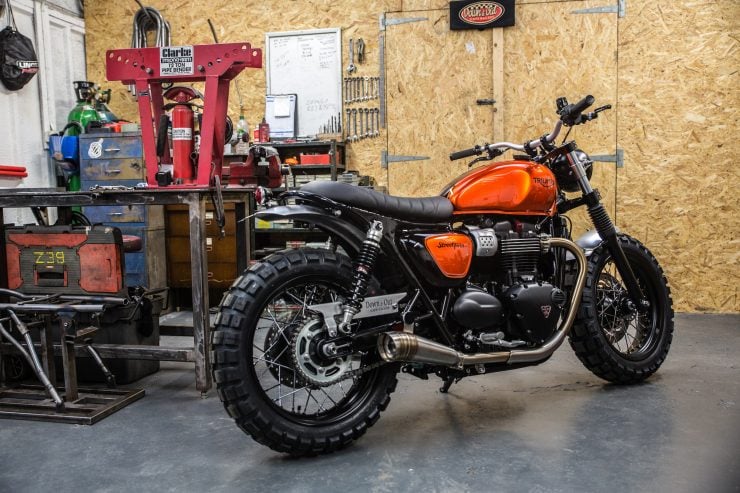 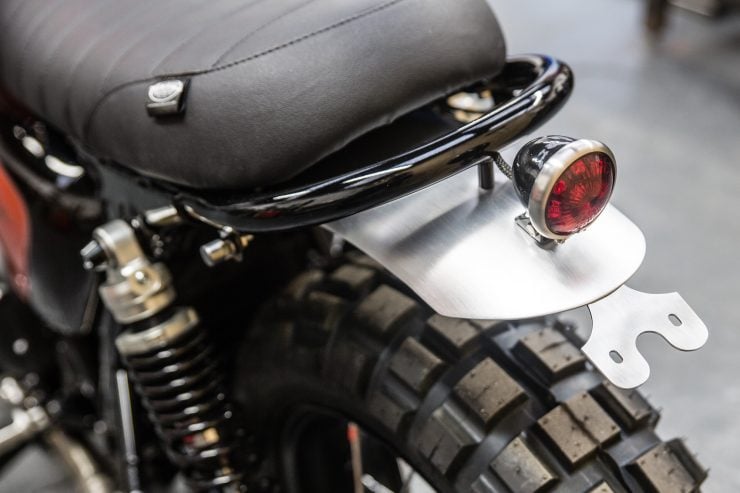 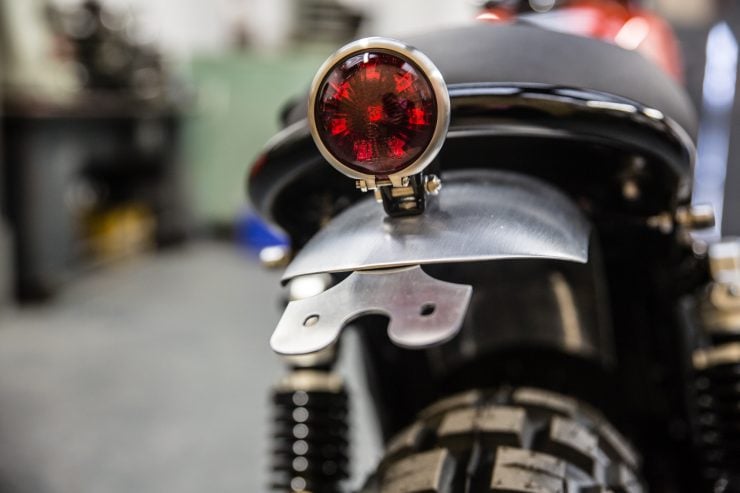 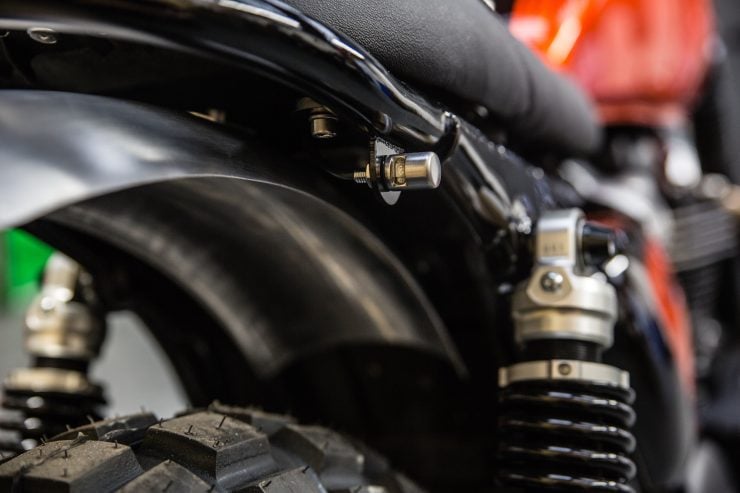 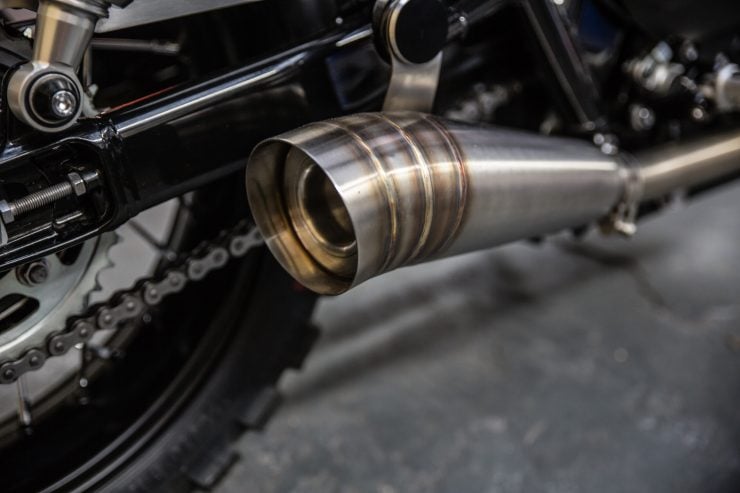 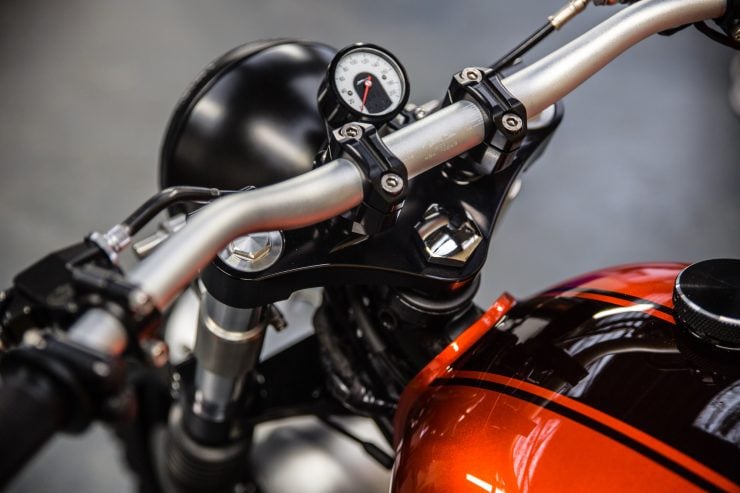 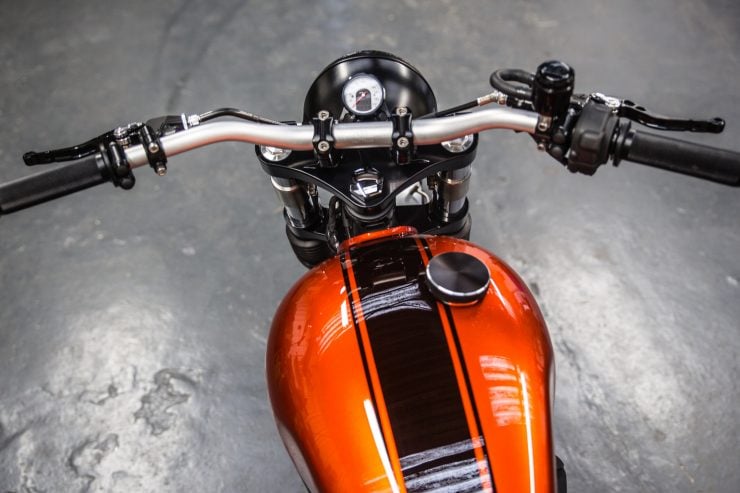 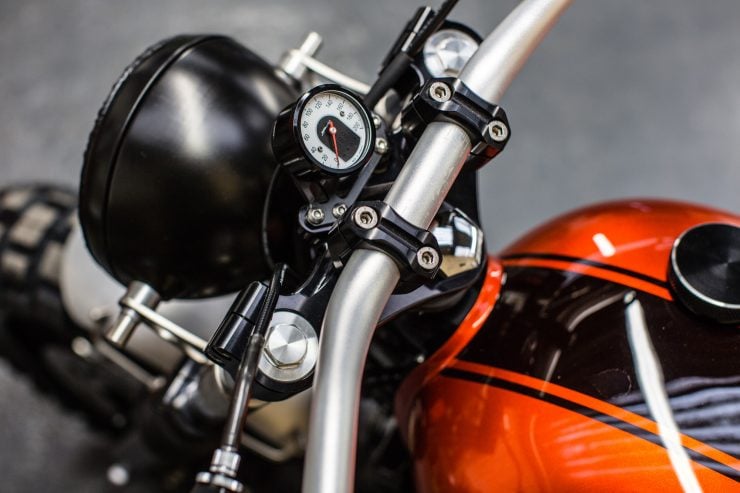 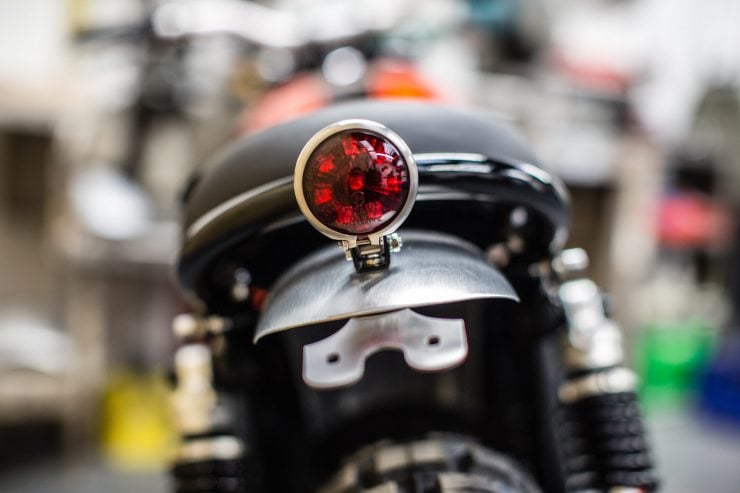 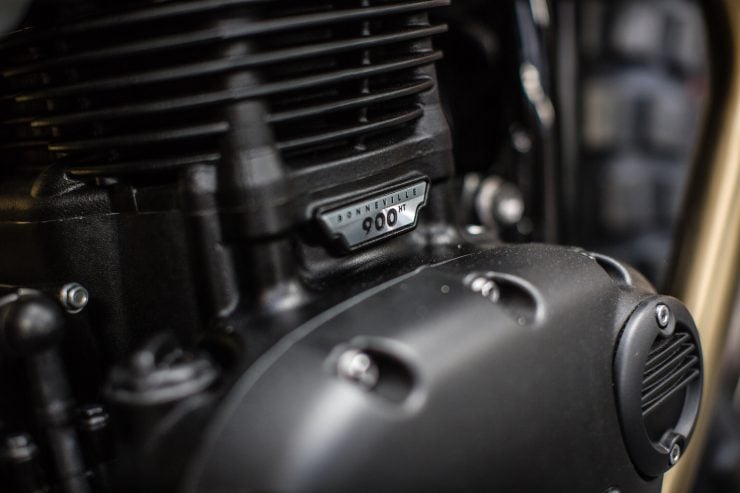 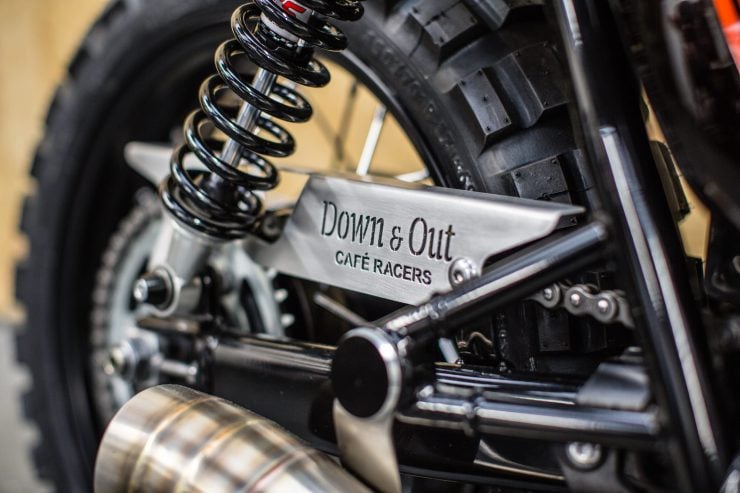 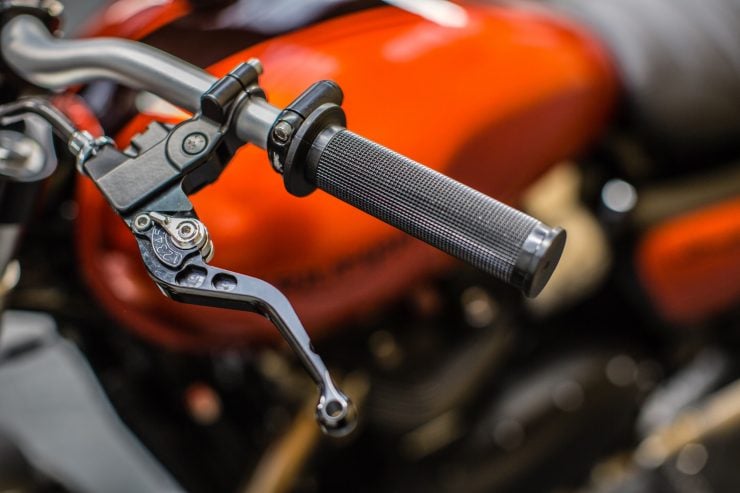 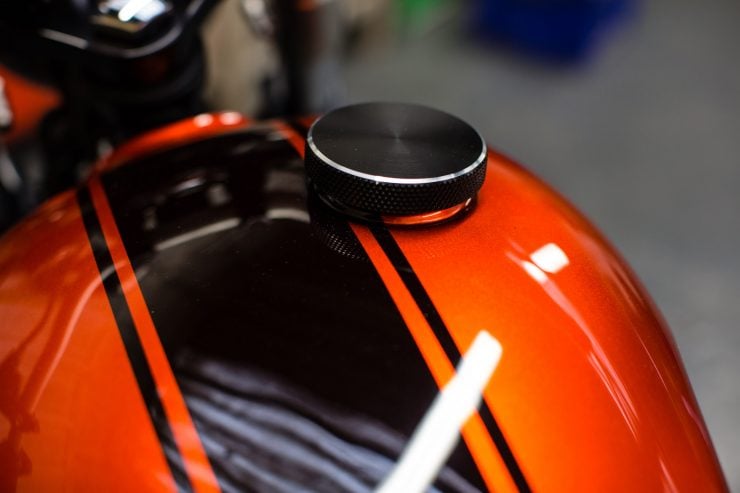 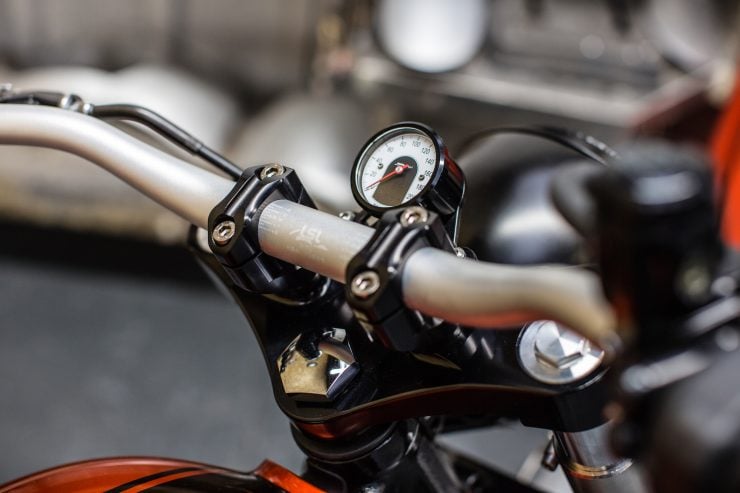 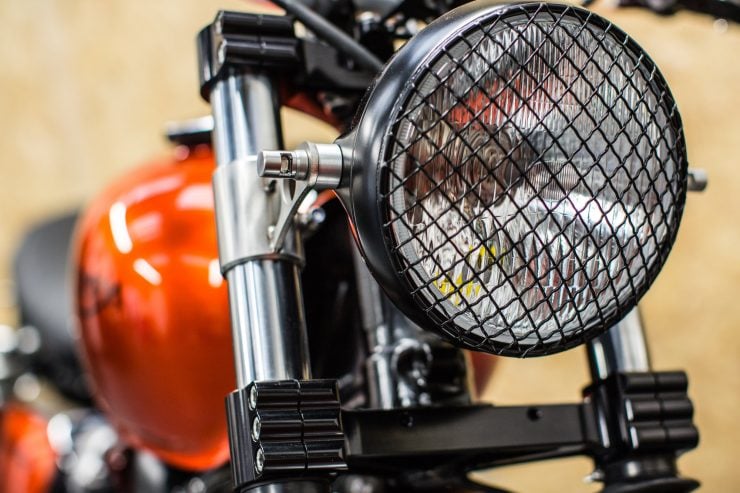 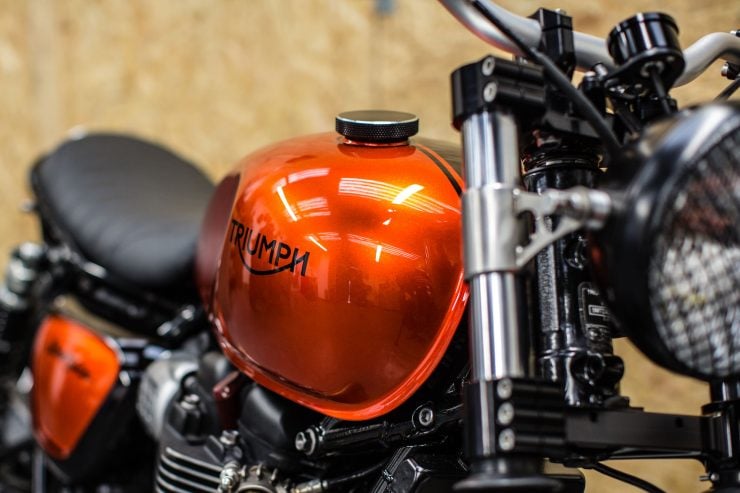 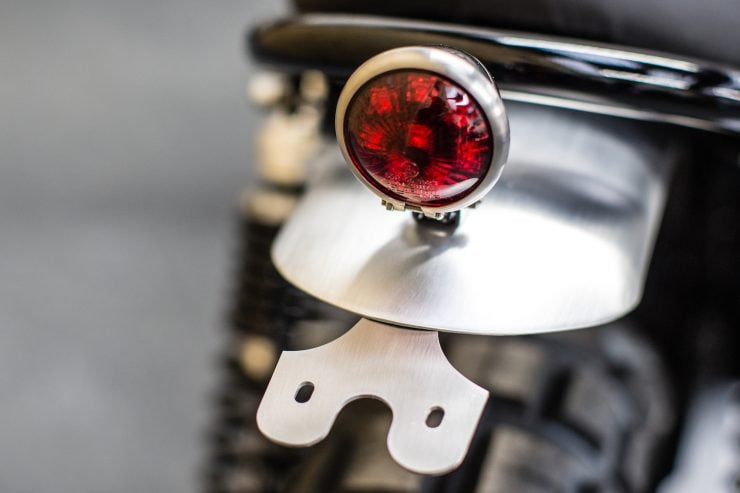 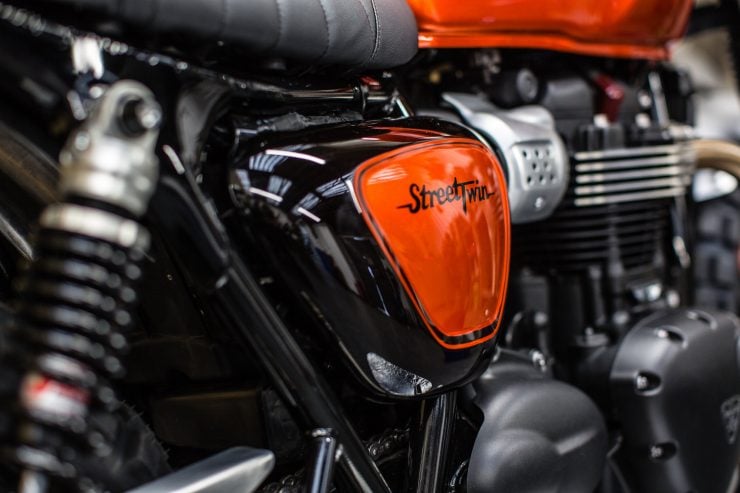 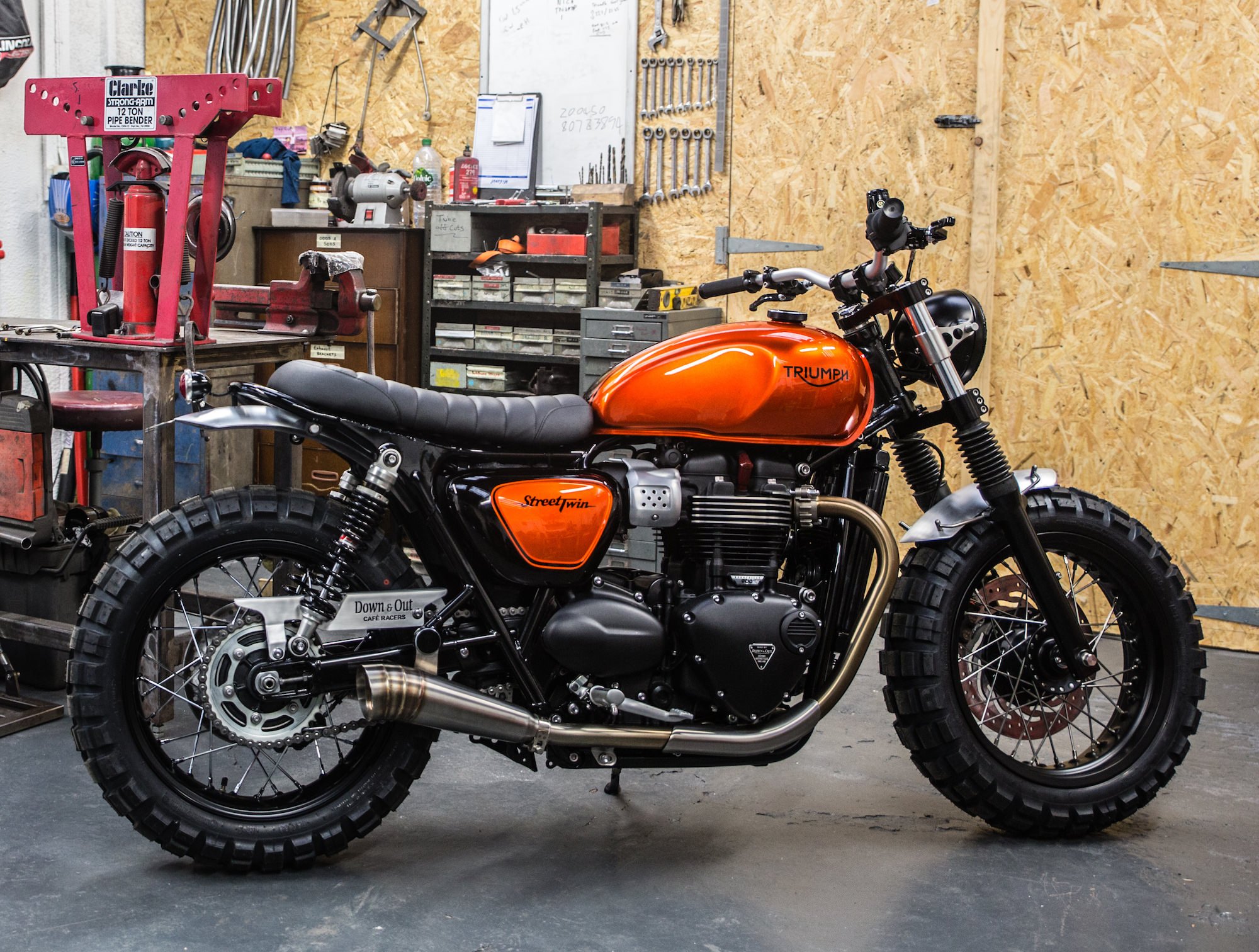 Not Just A Number is a documentary about one of the most enduring car designs in history, the Lotus 7, still in production now…